Peter Simpson enjoys a rare invitation to look around the massive but little-known Neath Valley collection of vintage and classic vehicles. 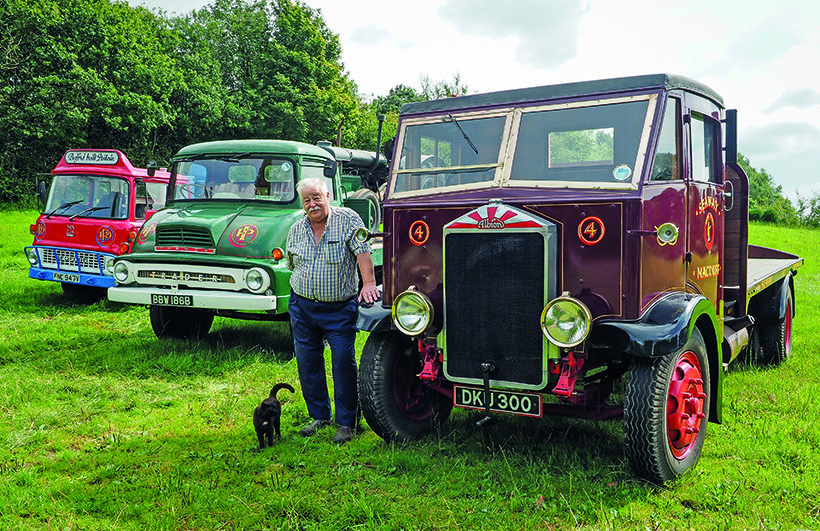 When it comes Ian Davies’ incredible Neath Valley Collection, he has one simple rule: “Goods inward only.” In other words, once a vehicle arrives here, it’s unlikely to ever go anywhere else.

Around Neath, Swansea and the former mining valleys behind, Ian is fairly well-known as the proprietor of Ian Davies Plant Hire, and his cranes, dumpers and other equipment are a common sight on construction sites. With 25 staff on its books and a similar number of ‘as needed’ casual employees, the business is a significant part of the local economy. As well as plant hire, the company is heavily involved in local, civil engineering projects (bridges, apparently, are something of a speciality), together with demolition, site clearance and similar services.

In the beginning
All this is, however, a far cry from how the business started back in 1972. Ian didn’t really like school, or do especially well there, so he left as soon as he was able; minimum school leaving age then was 15. Pretty-much immediately, he started a gardening and rubbish-clearing business, and the present operation has basically built up from that. 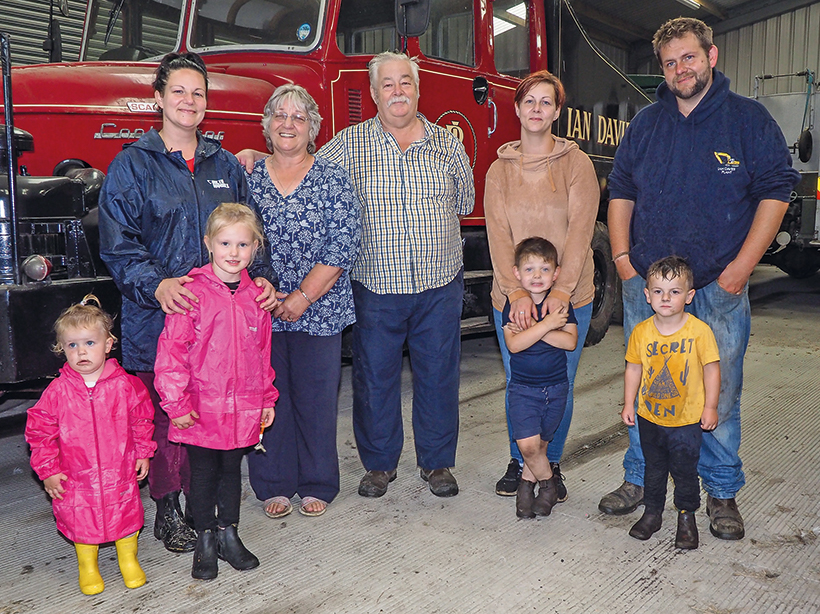 It’s very much a family-run business and, while much of the day-to-day management has now passed to the second generation – comprising son Huw, and daughters, Nicola and Bethany – Ian is still involved: “He’d get on our nerves if we let him retire” to quote Nicola! His current status does, however, mean Ian has more time to devote to his vehicle collection.

And what a collection it is! It’s one of those places where each shed seems to hold something new, interesting and unexpected, and there’s plenty to make every enthusiast say ‘Wow!’ I should, though, mention at this point that the collection is private and not open to the public. There’s also plenty of discreet but very effective security onsite to catch unwelcome visitors.

Given space restrictions, and the fact that CVC’s remit is lorries rather than tractors and plant, we can’t hope to cover everything that’s here – there are 70+ tractors and about a dozen vintage bulldozers, for example! What follows, however, is a selection of choice items which we think are likely to be of most interest to classic lorry fans…

Albion 127
Despite being the oldest lorry in the collection, this is the most recent acquisition, having been bought in May 2019, from an HJ Pugh auction in Ledbury. Restored to an extremely high standard by Vernon Dykes, and previously part of the Kenneth West Collection, it’s also been one of a 15-srong Albion collection owned by Peter Jones. Other than drive it a little bit locally – and the centre throttle pedal takes a bit of getting used to – nothing has yet been done to this one, and nothing is needed beyond a ‘decent run to blow away a few cobwebs.’ 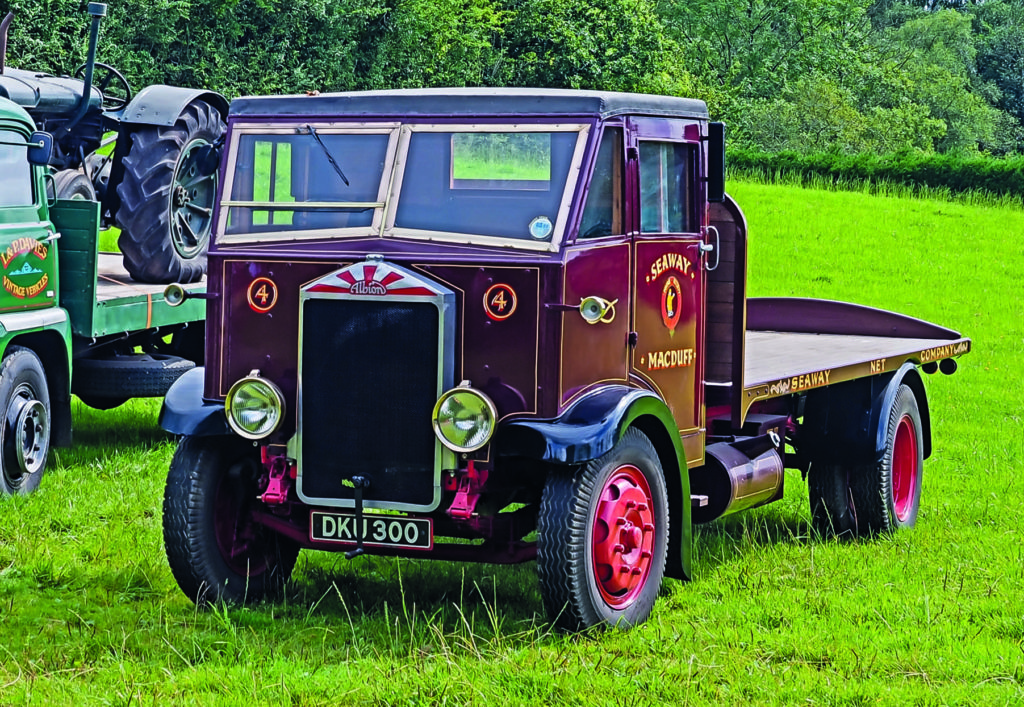 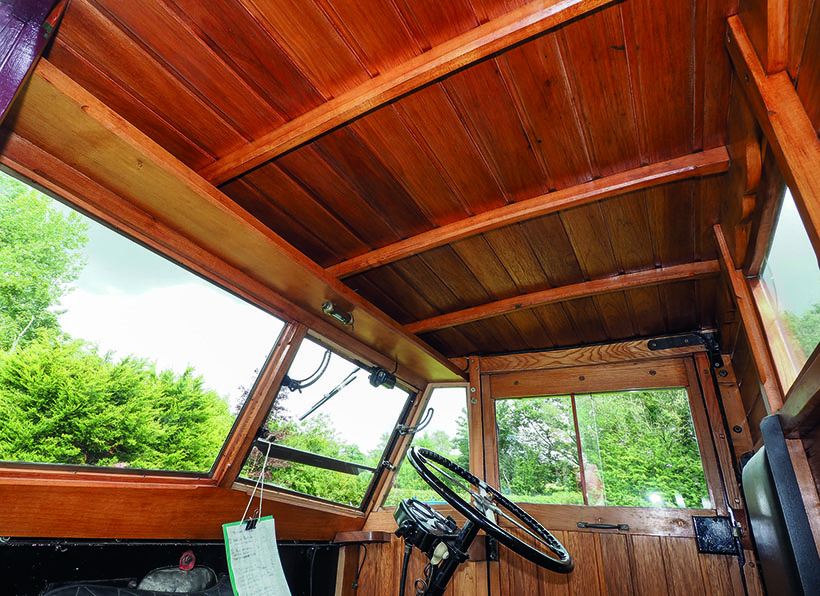 Bedford TK
Many collections include a TK but, in this case, there’s good reason for it as the Ian Davies business made much use of them as it grew during the 1970s and ‘80s. Its TKs, however, tended to be the less desirable, four-cylinder 220 version; “the 330s usually cost a grand more, so we couldn’t afford them.” 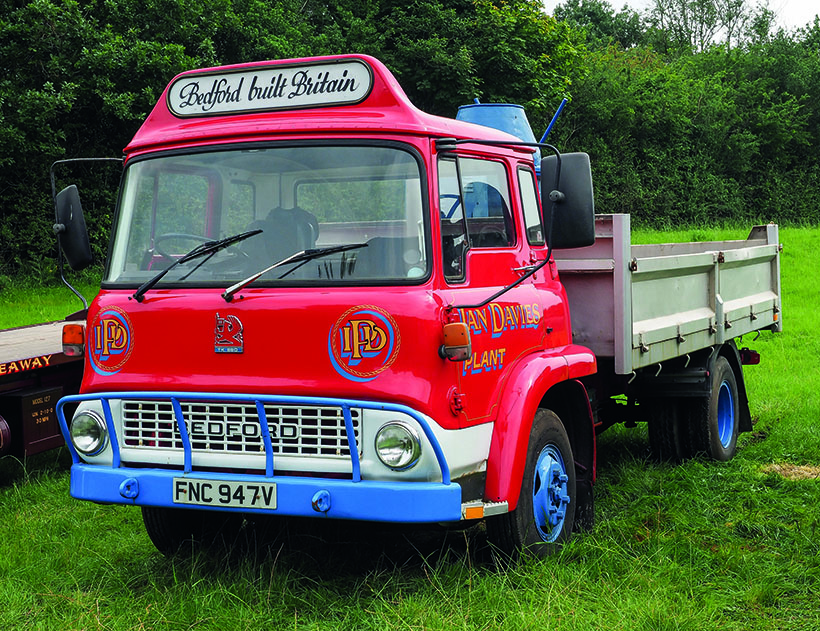 This one, however, is a 330 and was bought about three years ago from a retired builder’s merchant in Northern England. It has since been given what Ian describes as “a light restoration” in-house, with some welding carried out on the cab, the braking system overhauled, a few steering components renewed, a bit of rewiring around the back and the clutch freed-off. The aluminium body was in good order. It’s now back on the road and gets shown regularly during normal show seasons. 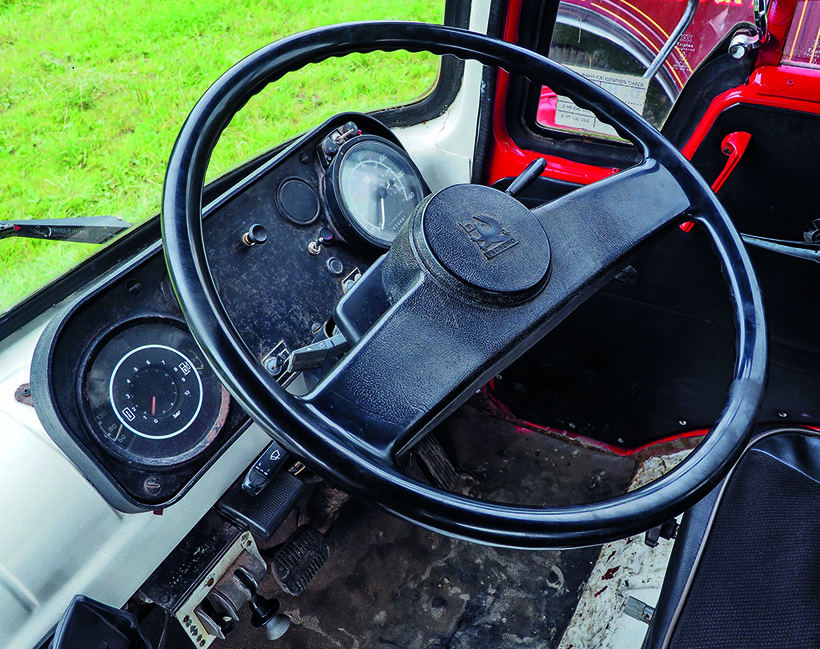 Ford Thames Trader
This one was acquired about nine years ago, from well-known Gloucestershire restorer, Peter White, and is preserved in the guise of a cared-for working lorry. It has a 6D diesel, and has had a few jobs done as and when required. The main one of these was the replacement of the softwood loadbed with one made from hardwood. Ian isn’t a fan of varnished loadbeds and, for the same reason, doesn’t like tight-fitting tongue and groove – around 1/8in gap is needed to allow for moisture absorption. 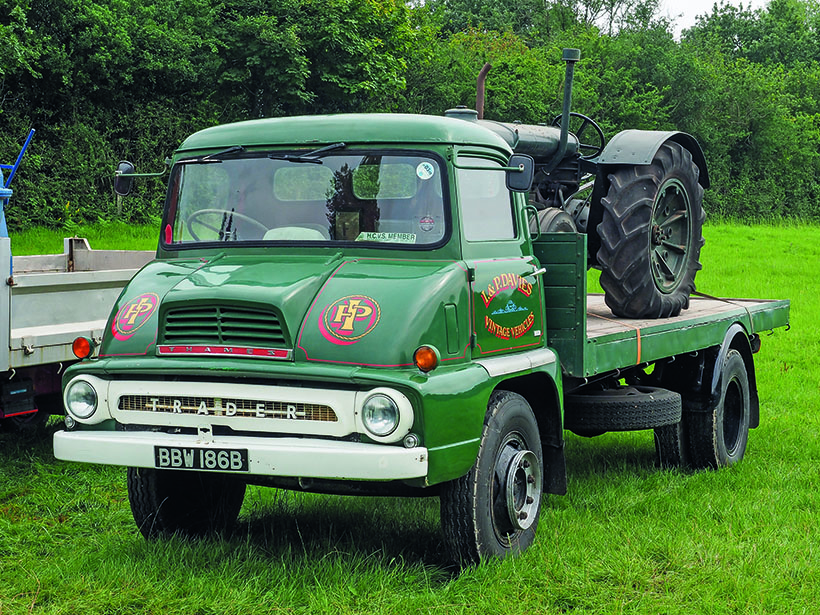 Other work carried out includes a full brake overhaul and a pair of new front tyres, due to the originals having perished. A small amount of cab corrosion has appeared recently, and will be attended to shortly. 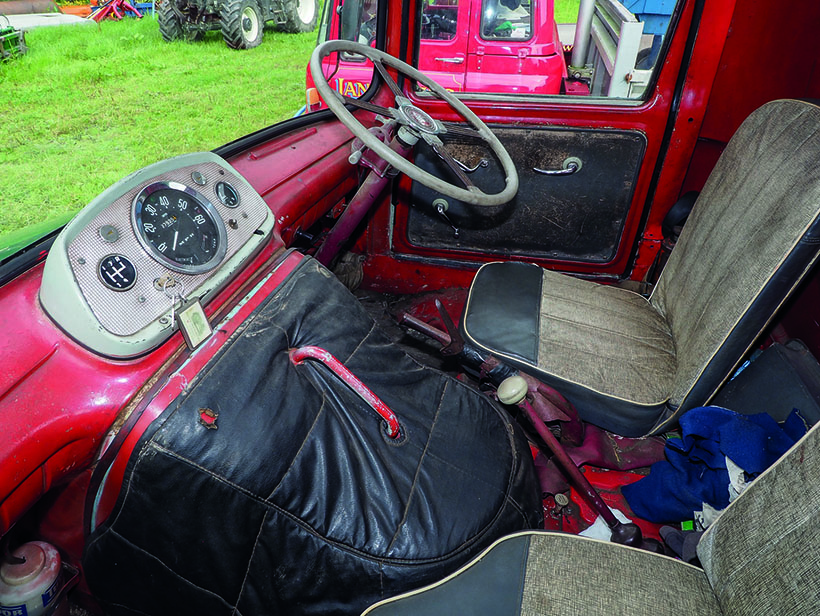 Foden S36
This lorry is part of the local heritage. It was supplied new to Trevor Phillips, the Neath-based haulier in whose livery its now preserved. Phillips ran a fleet of around 20 lorries, and usually bought new ones in batches of five, storing some until needed. This was one-such; bought in 1969 but not registered until 1972. Phillips’ main work, apparently, was taking tinplate from Neath/Swansea up to the Metal Box factory in Derby, and then bringing kerb and paving stones from Charcon back as a return load. But, to avoid nights out, the Derby and Neath drivers would swap trailers near Birmingham. 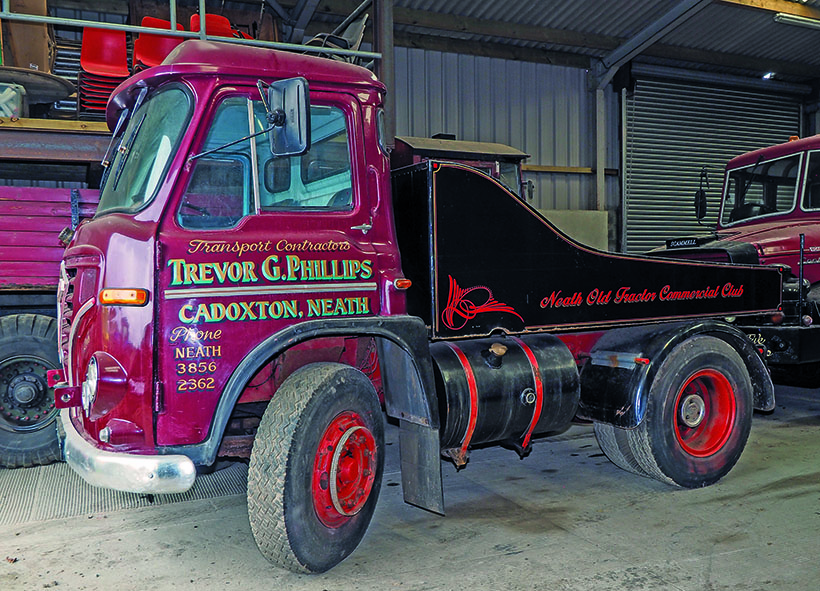 This was one of the last lorries to enter service with Phillips, as less than a year later, Trevor Phillips retired. Most were sold, but two lorries – including this one, which had just 34,000 miles on the clock – were retained by Trevor’s son, Terry, in the firm’s former premises. It stayed there until the late 1990s, when the site was sold and, with no space to store it any more, the Foden went to a new home in the west of England; Ian wanted to buy it then, but heard the day after it was sold.

Three years later, however, it was advertised again – this time in Classic & Vintage Commercials magazine. Ian spotted it straight away, made the call and arranged for its ‘repatriation.’

Scammell Contractor
The Neath Valley Collection contains two, heavy recovery Scammells; one Explorer and this Contractor which, basically, replaced it. Their initial role was recovering plant and equipment which had become stuck. Ian explained: “We had a name for getting bogged machines out and, although our policy was ‘if we can’t get it out on time, we won’t charge you for the hire’, we always got paid!” In time, this extended beyond the company’s own hire equipment, and it became a go-to operator for difficult jobs of this kind. 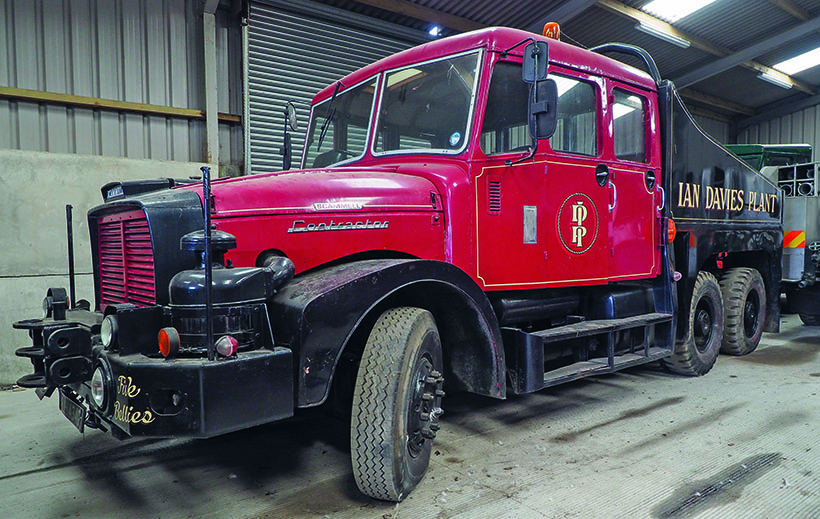 The Constructor came from Mason Brothers which had used it on contract at the Milford Haven petrol refinery. But it was new to Pickfords, and had also spent time with Austin Brothers circus. It arrived in need of full restoration, and was stripped to a bare chassis. The extensive work undertaken included total renewal of the cab’s timberwork, and construction of a new metal ballast box. It also needed a new cab floor and rewiring.

The cab woodwork was, however, helped along by Ian’s late father, Emrys, and brother Dick; both skilled carpenters: “They built things, I knock them down.” The doors were a particular problem as, although they look straight, they are in fact slightly curved, and that contour had to be put into the frame by hand.

Once finished, the Contractor was used regularly on plant and general, heavy recovery work for the next 10-12 years. The children became familiar with it, too; if a call came on a weekend evening, they’d often go along for the ride and, if the job was finished in time, have a fish and chip meal on the way back. Officially ‘retired’ around seven years ago, the Contractor remains 100% roadworthy, so could still be used if needed.

Foden FG eight-wheeler
This one was new to a haulier in Scotland, but has been a wrecker since it was written-off in an accident at five years old. The kit comprises an adapted cab, a Turner winch, a 10-ton hydraulic lift and a Perkins P6 engine to provide power for the lifting gear. On the road, it’s powered by a Gardner 150 engine working through a four-speed gearbox with a high/low ratio transfer box operated by a lever under the driver’s seat. It also has several unusual features, including the rare speedometer in the centre of the steering wheel. Ian bought it from locally-based C Jones Transport, of Ystradgynlais, which had used it as an emergency wrecker for 15 years, but was increasingly finding its 25mph top speed a handicap; it had reached the point where it was often quicker to repair a broken-down lorry where it stood, rather than send the recovery vehicle out. 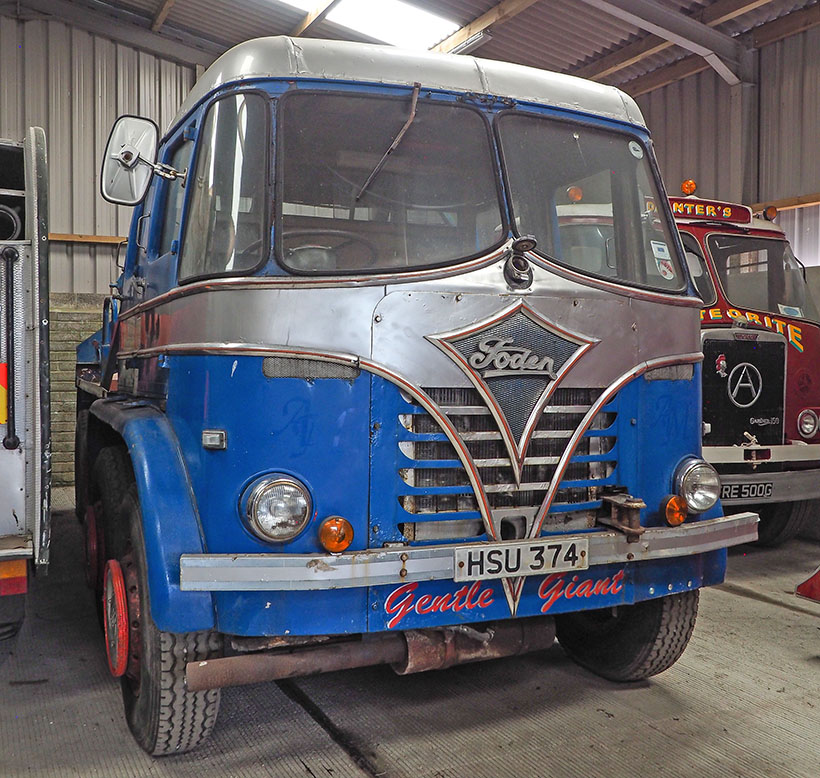 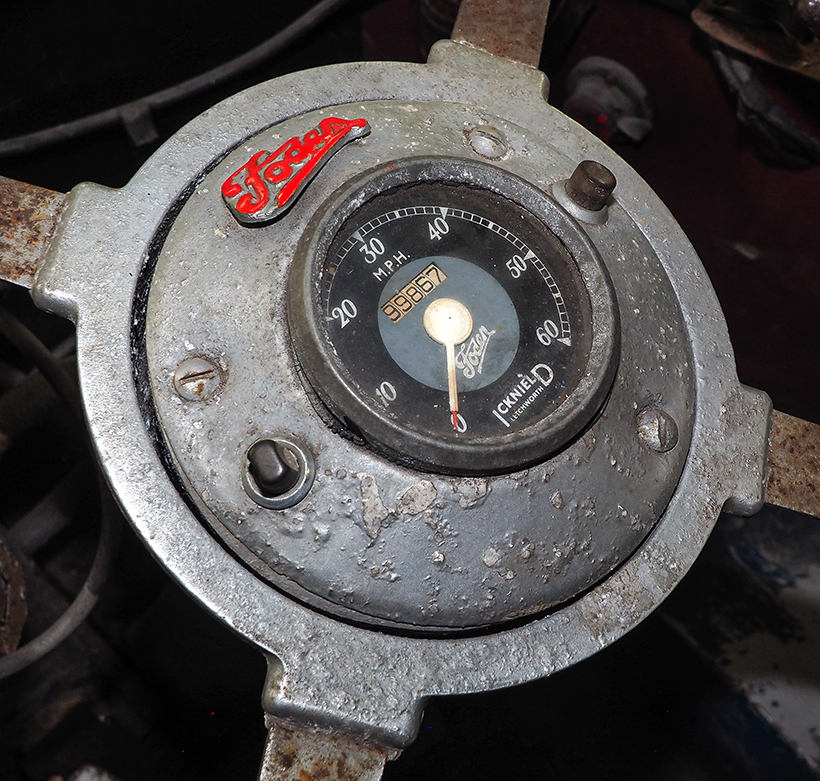 AEC Matador
Another local purchase, although this ex-RAF Matador actually spend much of its post-service working life in Cornwall, as a ‘lube truck’ in the china clay industry; it took oil, grease, diesel and so on to where it was needed, within the excavations. Ian spotted “something that looked interesting” under a sheet by the roadside in Pontarddulais, made some enquiries and learned that it had been bought five years earlier for restoration, but that the owner had basically given up. So Ian bought it and completed the job, which involved rebuilding the cab and body, plus some general fettling, such as freeing a stick clutch. 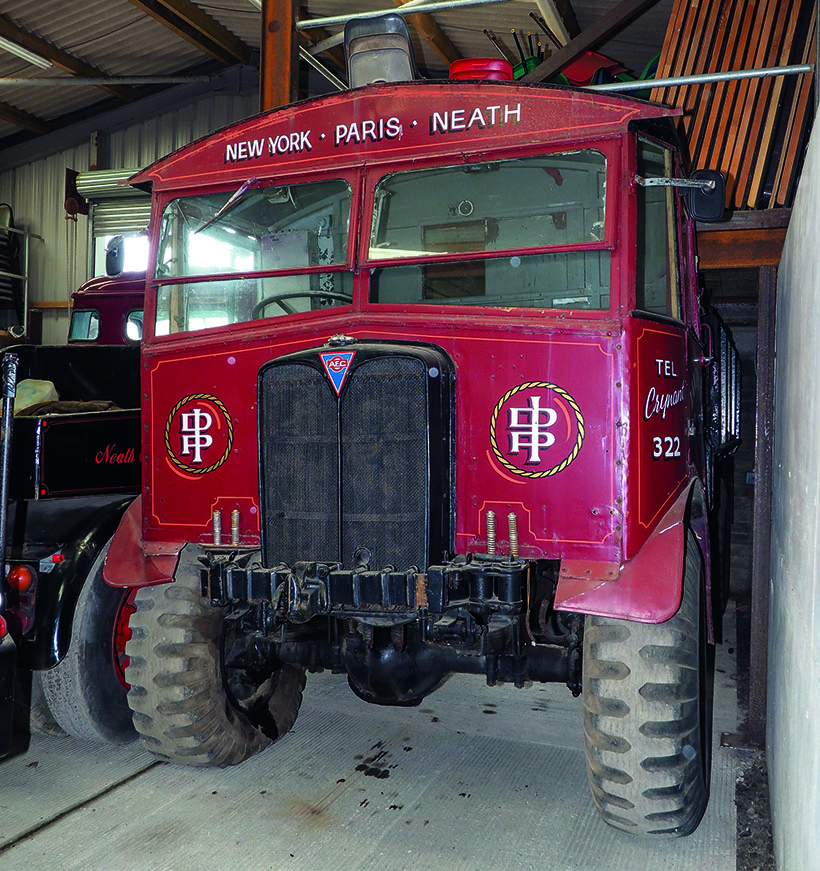 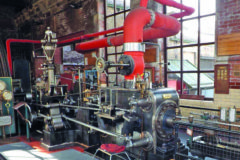 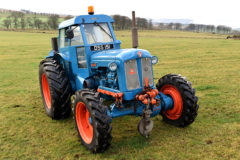