Not many 1958 vehicles can claim to have had one owner from new, but Brian Culpan tracked down an Austin Gipsy that most certainly has. Robert Crawford senior (the ‘son’ in the business name) and his son, young Robert with their one-owner Austin Gipsy.

This very smart Austin Gipsy was supplied new to Robert H Crawford & Son of Frithville, near Boston, in Lincolnshire, and worked as a service vehicle in its agricultural engineering business until 1975. It remains in the company’s ownership today, although its now a preserved pet rather than a working vehicle.

In the 1950s, choosing a diesel engine for a small commercial was unusual – unless the rest of the fleet of larger vehicles were also diesel, so the was fuel bought in bulk. In this case, the diesel engine added £125 to the price, which totalled £755. Being new in August 1958 this one’s a very early Series 1 – maybe only the 15thassembled.  The Series 1 was built from February 28th, 1958, through to July 12th, 1960, when it was replaced by the Series 2.

Almost original
Apart from a repaint in 1990, it’s almost original; though, at some time, it acquired the better Series 2 cab doors, with sliding glass windows and external door handles – the Mk1 doors had flexible tops containing Celluloid windows. Also, the lower edge of the driver’s door was of fabric to permit hand signals and access to the interior handles – no external ones! The cab doors and bonnet were also mounted on quick lift-off pin hinges, so there was no need for, or point in, locks. Gipsy hubcaps were painted black as standard, but stainless steel versions were available as an optional extra. 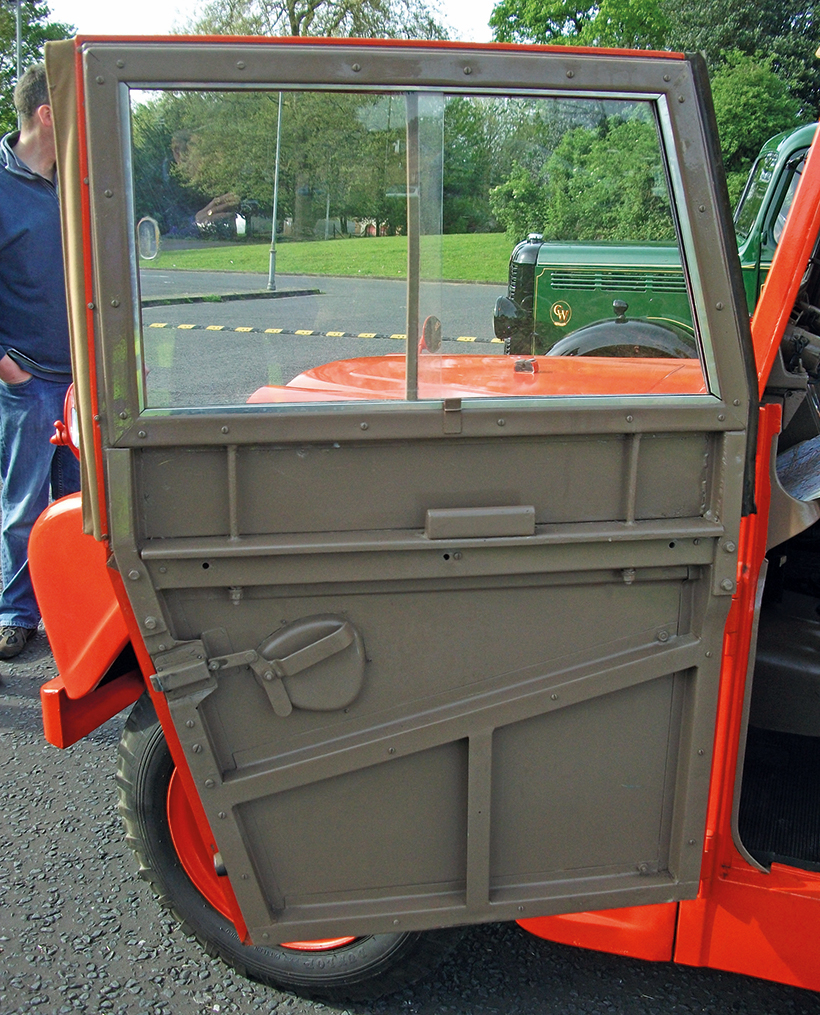 No padded door cards for this working vehicle.

Very early Gipsys were supplied only in Cheviot Fawn or primer, and as soft tops. This one was delivered in primer, but immediately got painted in the company’s orange livery. The canvas tilt cover is original, having survived in excellent condition because, shortly after the model’s introduction, a fibreglass hardtop became available. Consequently, the cover was put away and the pick-up spent most of its working as a hardtop. Now, though, its back on, to recreate the original 1958 look. 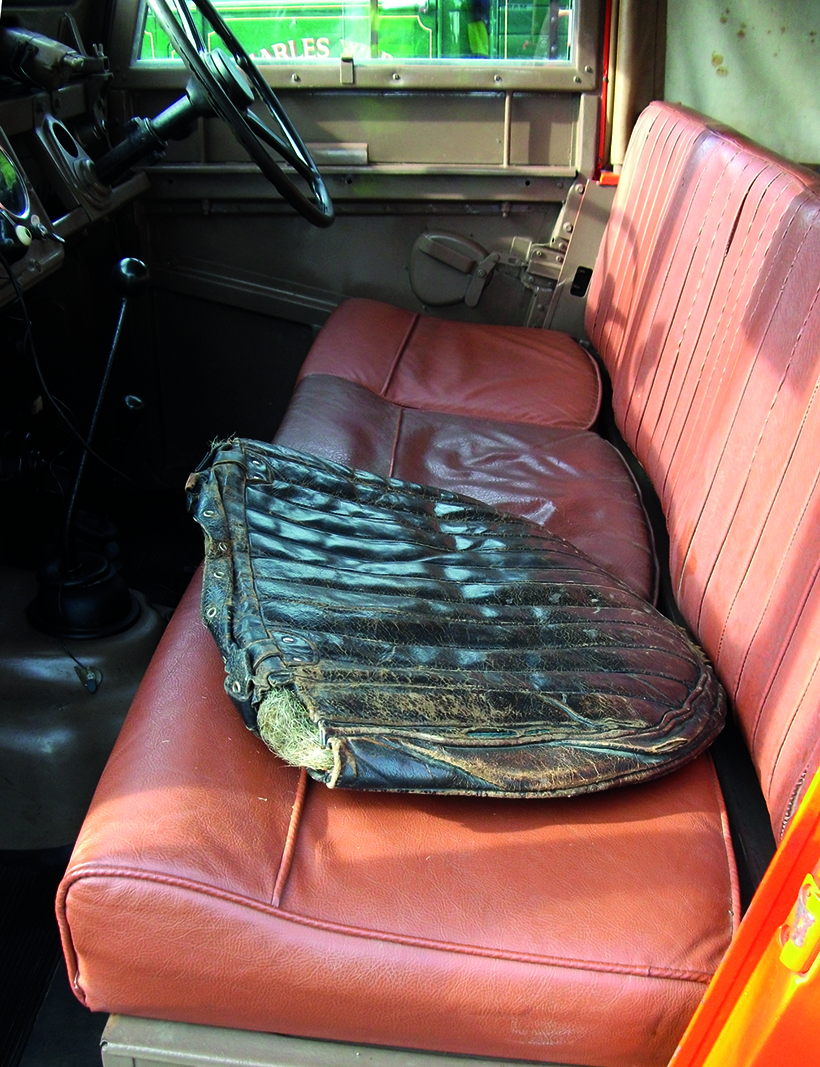 Model history
With the Gipsy, BMC clearly intended to compete with Land-Rover and, in doing so, securing the lucrative and prestigious contracts with the armed forces. The company was keen to pacify the very disappointed military men by creating a more reliable vehicle than the Champ.

To achieve all this, though, the Gipsy needed some distinctive features. So, BMC gambled on the provision of novel and innovative, all-round independent suspension – using rubber to give a more comfortable ride. Additionally, with the worldwide shortage of steel – which necessitated Land-Rover using aluminum wherever possible – now over, Austin could use cheaper steel and spot-welding; a faster method more suitable for mass production. Advertising emphasised a one-piece, all-steel body of great strength and rigidity. 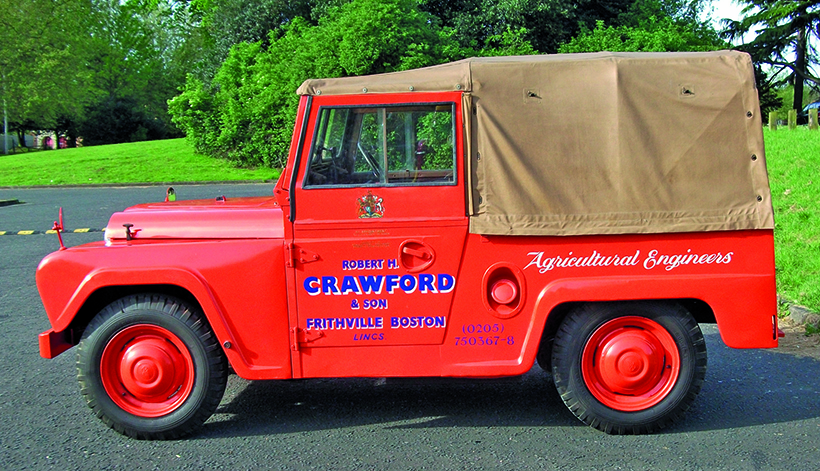 When it came to suspension, BMC chose a new system called ‘Flexitor’, designed by Alex Moulton (who, of course, went on to design both the Mini’s rubber cone suspension and BMC’s widely-used Hydrolastic system). With Flexitor, a pre-compressed rubber sleeve was inserted between two tubes and bonded in place. The outer tube was secured to the chassis; the inner to trailing arms carrying the wheel hubs. The units didn’t need lubrication, and coped well with repeated impact over bumps. This system also gave a natural damping to the suspension and, with the addition of hydraulic shock absorbers, made for a controlled ride.

Body control
To control body roll, a long torsion bar was inserted across the vehicle, connecting the front units. Eliminating heavy, solid axles reduced unsprung weight considerably, though a disadvantage was the large number of universal joints needed in the driveline. The main and transfer gearboxes are in a neat, one-piece housing and similar, hypoid diffs are used back and front. Another small, new detail was the use of nylon and steel steering joints – something we now take for granted. 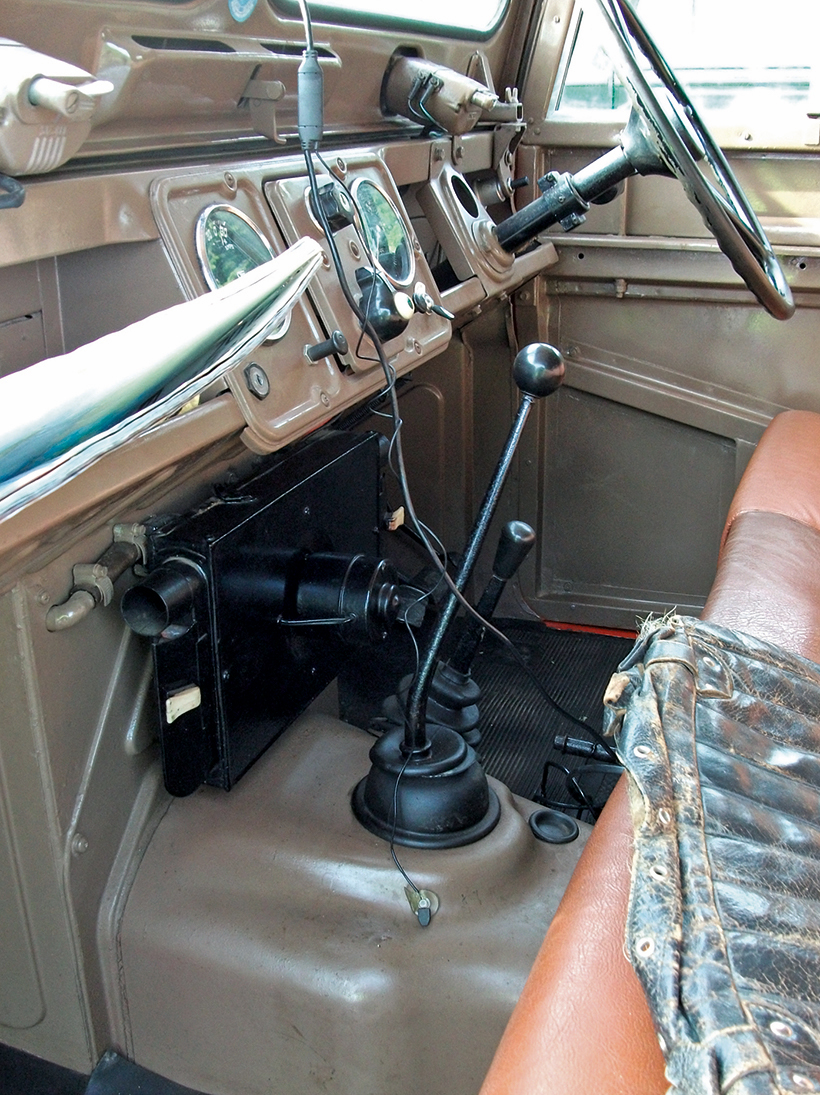 The chassis used well-rounded channel section members welded together to form a box-section, and had a wheelbase of 90 inches, which was 2in longer that the SWB Land Rover. Attached to the chassis, at six points, was the all-steel body with box-section reinforcement.

The Gipsy chassis rarely rotted. Unfortunately, however, the all-steel bodies did, despite the ‘Rotodip’ for protection against rust. Subsequent development work to improve the Gipsy resulted in it becoming increasingly more like the Land-Rover. The main cause of its downfall, however, was the 1968 merger of British Motor Holdings (BMC plus Jaguar/Daimler) with Leyland, which included Triumph, Rover and Land-Rover. Despite its good points, the Gipsy was an inferior rival overall so, with both now under common ownership, continued production was pointless. Ironically, the final Gipsy variant – the Series IV – was the best-selling one; of a total of 21,208 Gypsies built, around 10,000 were Series IVs. 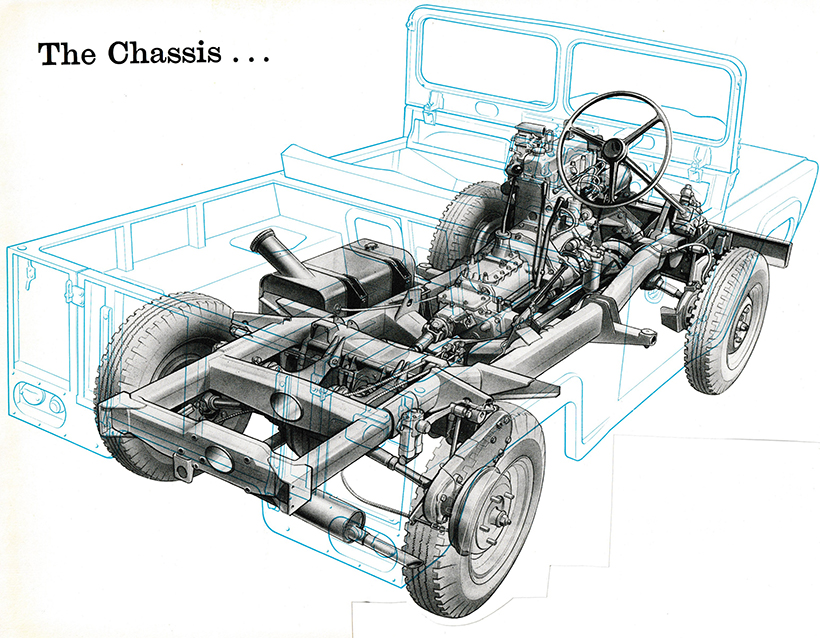 Valuable support
The Austin Gipsy Register has about 130 members, actively promotes the preservation of this model, and offers valuable support to owners. It’s believed that about 100 examples have been preserved and, while the hoped-for military orders never materialised, the Home Office bought a batch for civil defence work in 1965. These spent most of their life in storage awaiting a use which, thankfully, never materialized, and were eventually sold off with next to no miles during the 1990s. Most of these are now preserved.

My very sincere thanks to the Crawford family members for the vehicle’s history and for preserving such a rare vehicle. 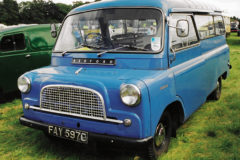 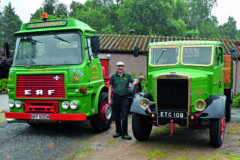