The glory days of the classic dropside trailer may be gone, but thousands are still in use. Here are some of the popular, UK-built models. 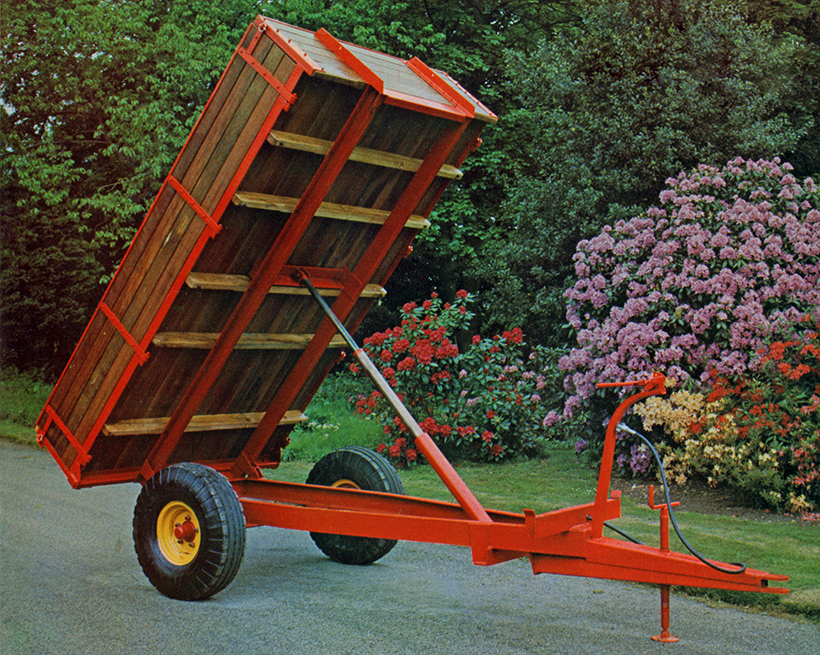 The classic dropside trailer: Charles J Marshall & Co is still building trailers in Aberdeenshire, thanks to the success of trailers such as this three-ton T3/10 model. The company had already built 15,000 trailers by this point – proof that it had a product that was well suited to farmers’ requirements. All images here have been taken from promotional literature, unless stated otherwise.

The classic dropside trailer was an integral part of the agricultural industry for many years and, although still built today, monocoque designs account for the majority of sales.

Perhaps the most famous of all the early dropside trailers is the Ferguson three-ton tipper, but examples existed long before Harry Ferguson’s marketing team got to work letting the world know about the new trailer that was an integral part of the Ferguson System. In fact, the JCB story began when Joseph Cyril Bamford started his business by building a dropside trailer using surplus WW2 parts. 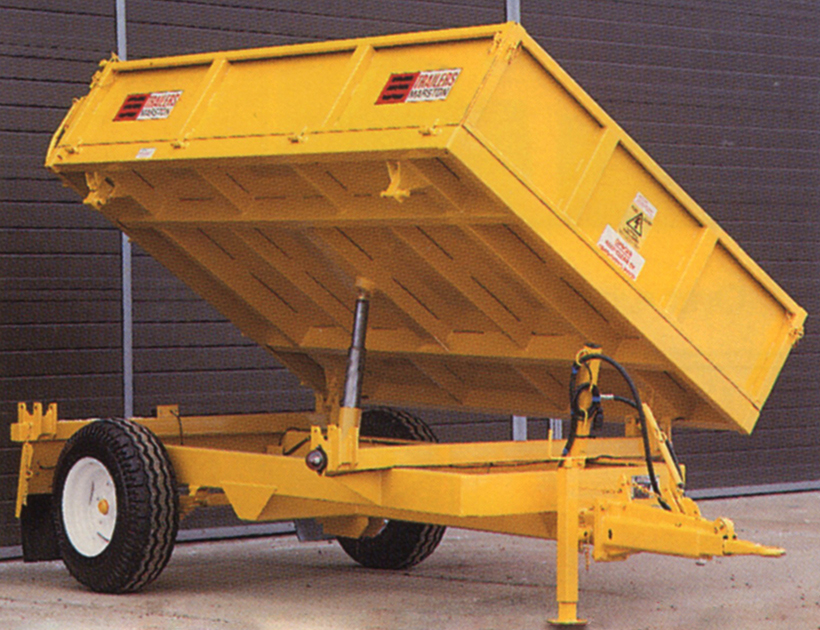 AS Trailers, based at Marston – near Grantham, in Lincolnshire – produced a wide range of trailers in the company’s traditional blue livery. However, this 3.5-tonne, three-way tipper was from its ‘Local Authority Range’, and featured a sprung axle and overrun brake system.

However, it’s fair to say that Ferguson trailers had a profound impact on farming, with the rearward axle design allowing for significant weight transference and increased traction for additional safety. But Ferguson didn’t have it all his own way.

A plethora of new designs from existing and new manufacturers would follow, and the idea of this feature is to look at some of the manufacturers of the most popular, single-axle models that were produced during the heyday of the dropside trailer. 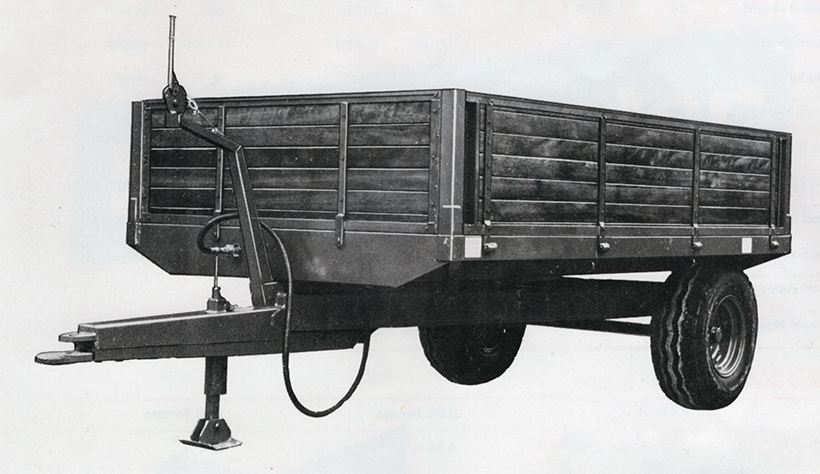 Foster (Farm Equipment) Ltd produced many trailer models over the years at its facility in Beverley, North Humberside, including the Load-Master range. This was the 4.25-tonne model, with a body that tapered by four inches to allow material to flow freely out of the tailgate. The steel was finished in red, while the floor and sides were made from Keruing, finished in linseed oil. 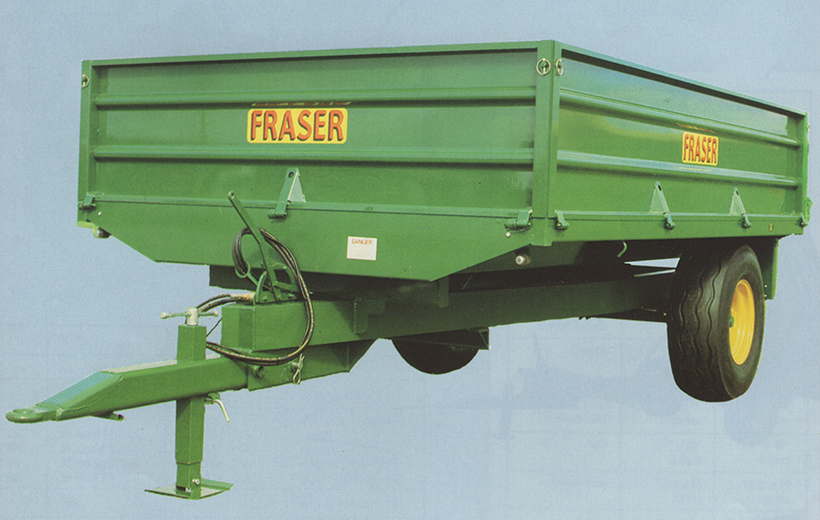 Aberdeenshire-based Fraser Agricultural (Rothienorman) Ltd’s single-axle dropside models, in the style shown here, ranged in capacity from four to seven-and-a-half tonnes, and could be specified with floor and sides made from hardwood or steel. The F68 shown was a 4.5-tonne model with an unladen weight of 860kg. 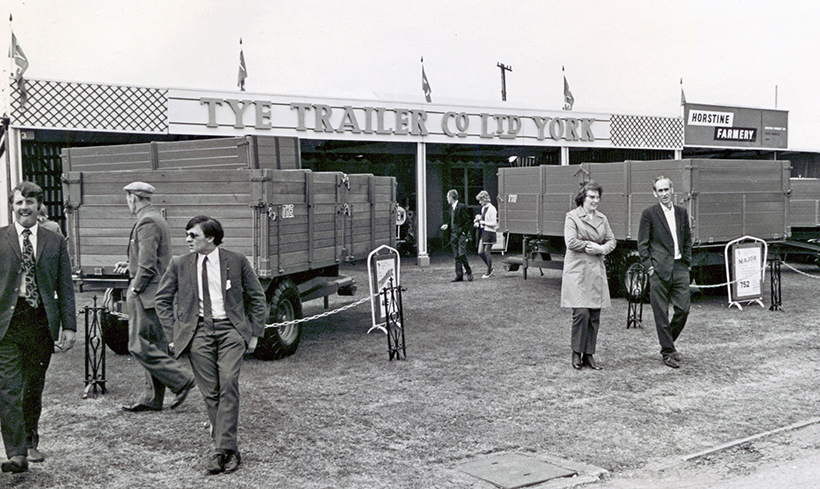 By the 1970s, the Tye Trailer Co Ltd was among the top six trailer manufacturers in the UK. It had a reputation for quality, rather than mass production, with the company’s design work undertaken by Bill Berry. Tye attended one major show each month, from April to September, in its heyday and would expect to take at least 20 orders for new trailers at each event. (Pic: Courtesy of Peter Squires) 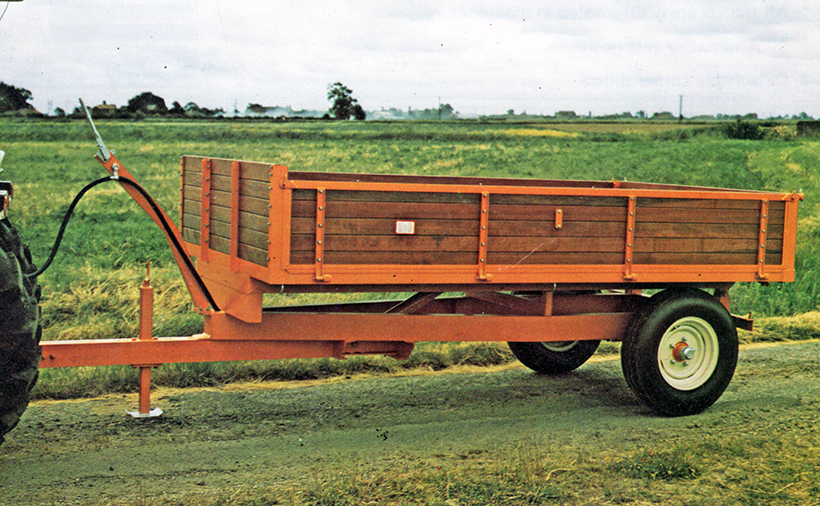 T&F Equipment Ltd had a slogan that claimed ‘trailers of distinction’, and it’s fair to say that its 21135 and 21140 models certainly cut a dash. With striking orange steel frames and Malayan hardwood secured with galvanised nuts and bolts, these 3.5-ton and 4-ton trailers looked the business. The company was based in Sutterton, in Lincolnshire. 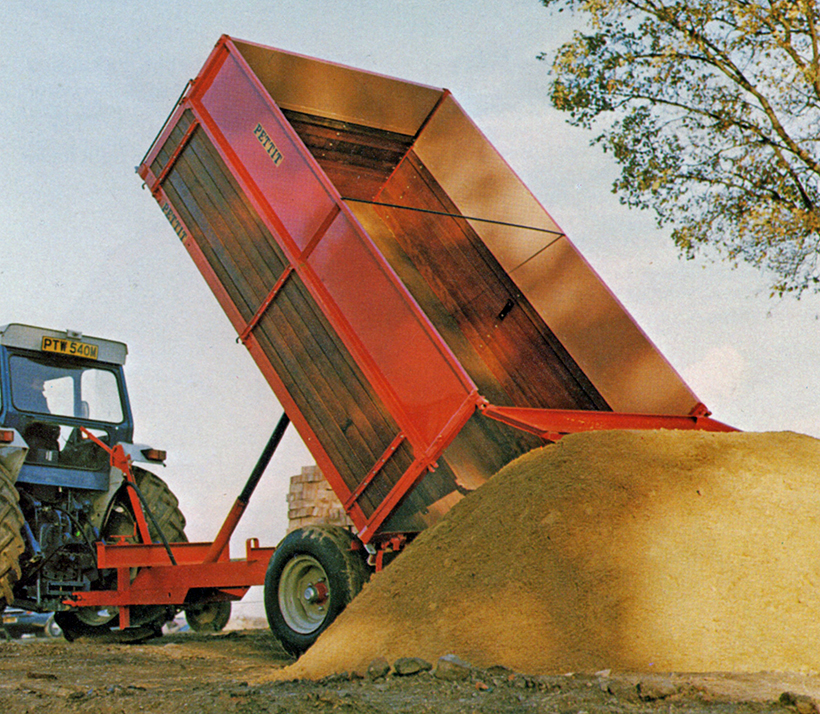 The Super Standard was a popular model for Lincolnshire-based Pettit which, by this stage, was a division of the Geest Industrial Group Ltd. Tipping versions of this trailer were available in 3.75-ton and 4.5-ton guises, with five-stud axles and five axle positions. Extension sides of 18 inches (shown) and a silage kit were available to increase load capacity and versatility. Pettit also produced trailers for the International Harvester Company of Great Britain Ltd and Ransomes Sims & Jefferies Ltd. 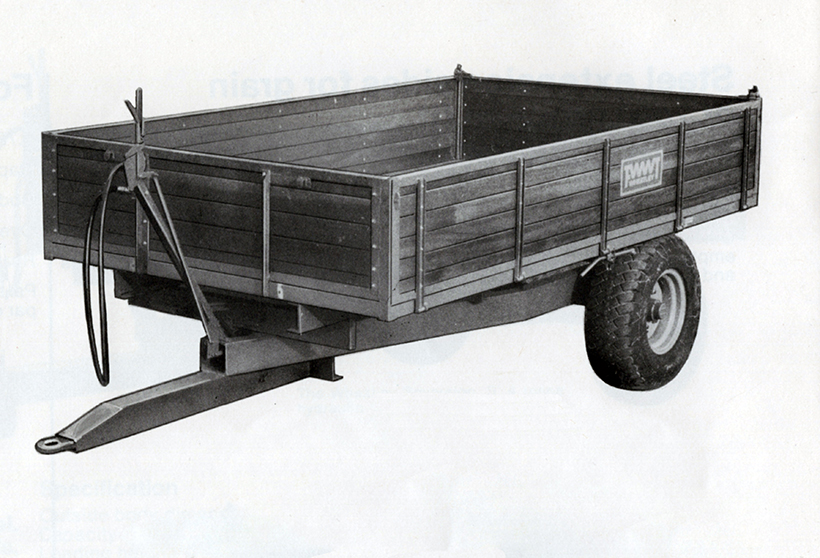 The 5.5-tonne Wheatley Regent ‘T’ had a basic list price of £1,231 in November 1977, with extras such as overrun brakes and lighting costing £73 and £77, respectively. Based in Peterborough by this time, the company was known as Hestair Wheatley Ltd. 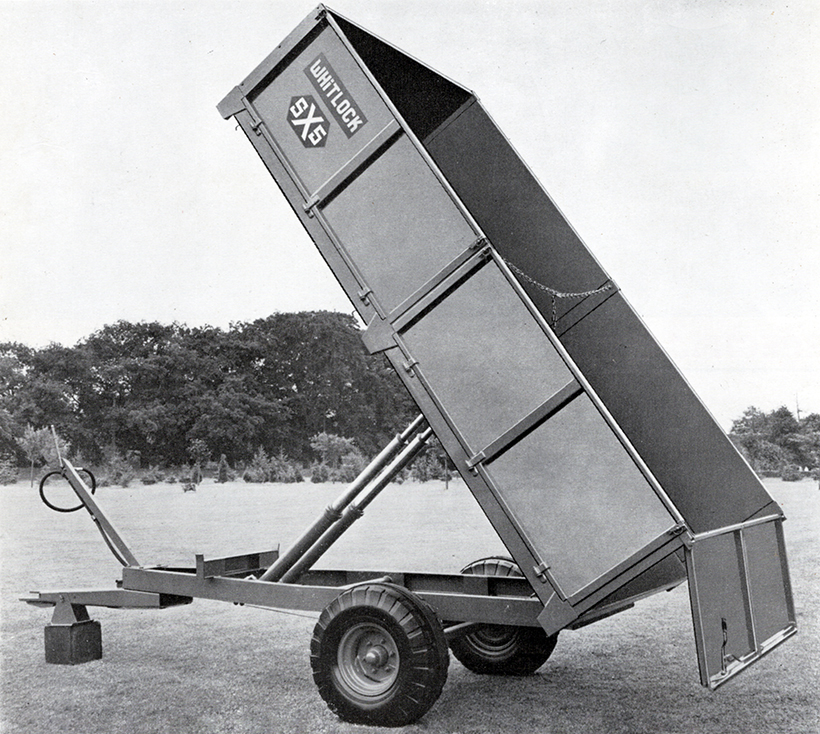 Whitlock Bros. Ltd, of Great Yeldham in Essex, was perhaps best known for its excavators, but the company also produced other agricultural equipment – such as the SX5 and SX6 trailers. With a 5-ton load capacity, the SX5 had a 7x13ft body, with sides 2ft 6in high. Tyres were 12.5×15 8-ply, with the wheel hubs mounted to a 2¾in solid steel axle. 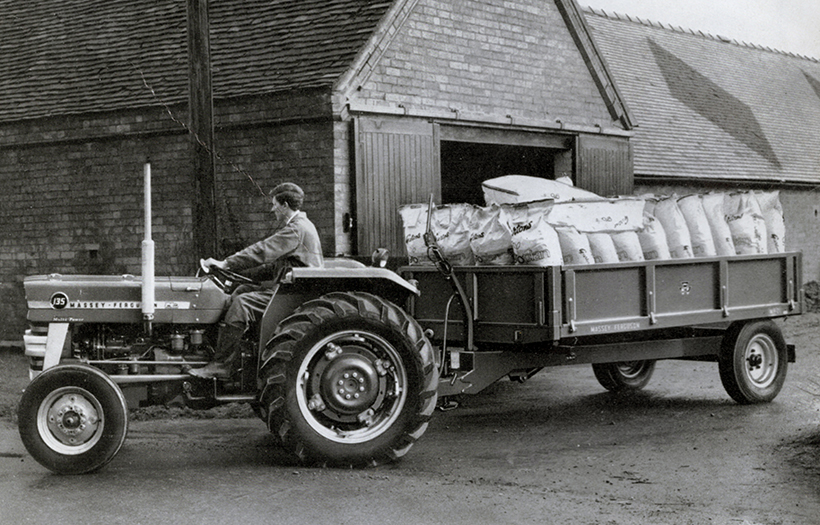 Weeks of Hull was famed for its light blue trailers with yellow wheels, but it also produced numerous models for Massey Ferguson, such as this MF 21 3.5-ton model in standard trim with the optional lighting board at the rear. In July 1970, the cheapest version of this trailer had a list price of £196. 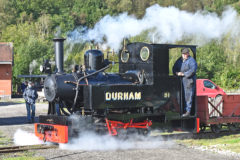 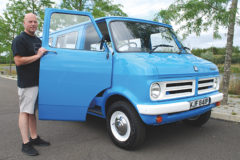