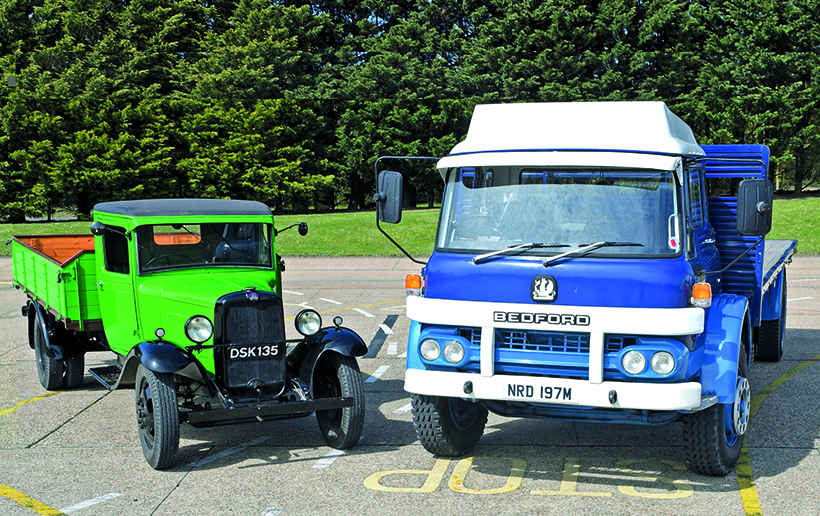 Bedford commercial vehicle enthusiasts: At the request of the organiser, Carl Lemon, this ‘old and new’ shot was re-created to resemble a publicity photograph taken at Bedford’s 40th anniversary, back in 1971.

The gloom of the Covid lockdown was briefly lifted on April 18 when around 25 classic Bedfords assembled at Northampton Services on the M1 to begin a 75-mile road run as part of the Bedford Enthusiasts’ Club 90th Birthday Celebrations. As many readers are aware, 2021 marks 90 years since the first Bedford truck was built, and the BEC is staging a couple of events to mark the occasion. 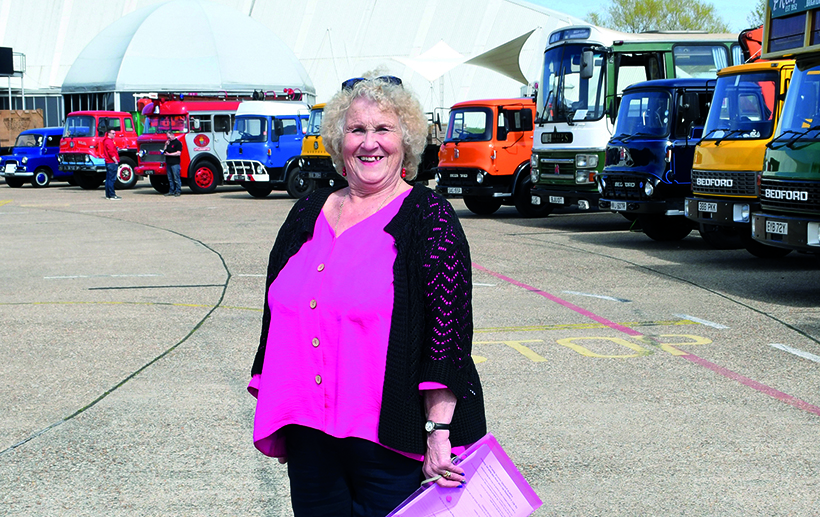 Joint organiser, Christine Thomas, was very pleased with the excellent turnout of vintage Bedfords that assembled at Millbrook Proving Ground on April 18th.

The first of these, the road run, included a drive-by of the old Dunstable truck factory at Boscombe Road, as well as a visit to the old Luton site at Kimpton Road. Sadly, there is now little left of these once huge factories, following redevelopment. Having toured through the Luton and Dunstable sites, the Bedford convoy then headed for Millbrook Proving Ground where entrants lined their vehicles up on the steering pad, which served as an ideal display area. 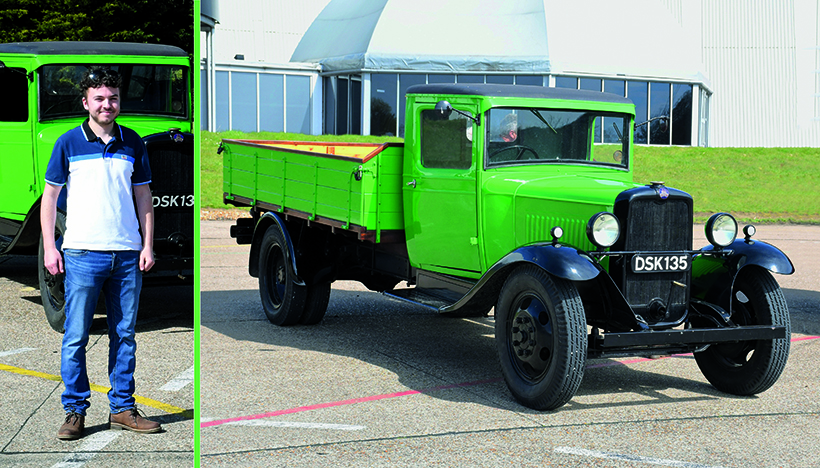 The oldest exhibit at Millbrook was this early ‘30s WLG owned by Louis Bradshaw (Inset). This represents the original Bedford that launched the world-famous name.

There was no shortage of yarns exchanged by the entrants who were clearly glad to meet up again after the boredom of lockdown. Of course, social distancing was observed throughout but much ‘elbowing’ took place. Among the many exhibits on display, there were some early Bedfords from the 1930s, as well as some 1950s vehicles; in fact, there was a good cross-section of the many Bedford models that existed throughout the 1960s, ‘70s and ‘80s. There was even an AWD – Bedford’s successor – entered by joint organiser, Carl Lemon. 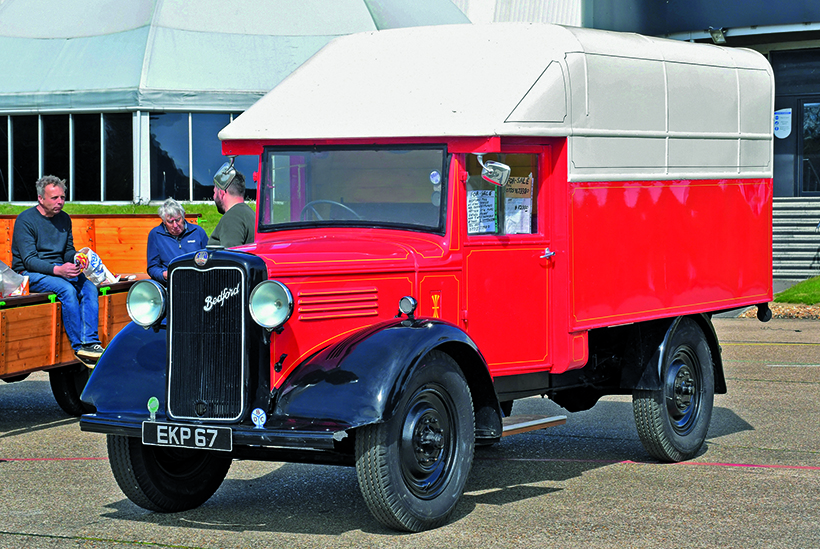 Joint organiser and club secretary, Christine Thomas, was pleased with how the show went and the whole event was blessed with beautiful, sunny weather. By mid-afternoon it was time to set off home as many members had travelled some distance to attend the event. The show received an all-round thumbs-up, and acted as a taster for the big event that the BEC has planned for the weekend of August 28th-30th, at Pages Park, in conjunction with the Leighton Buzzard Railway. Anyone interested in taking part can contact Carl Lemon on 07939 724080 or Christine Thomas on 07547 424898. Details can also be found on the club’s website at: bedfordenthusiastsclub.com. 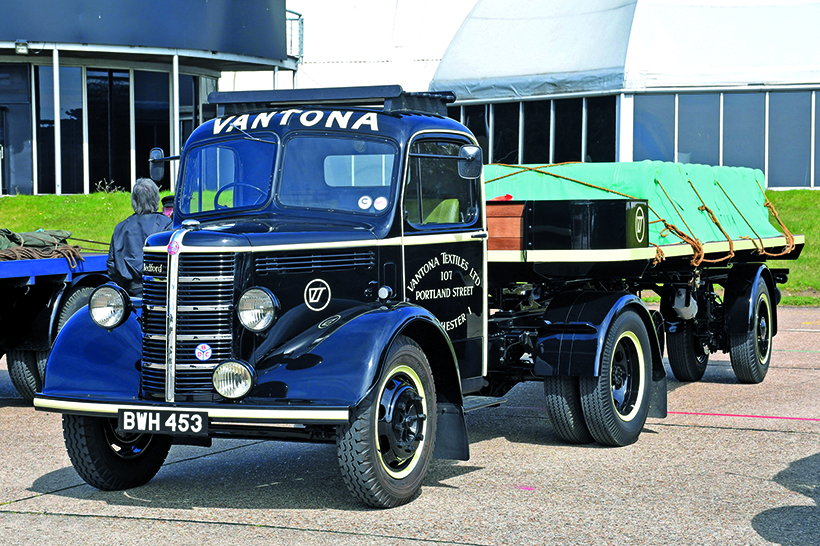 Perhaps one of Bedford’s most memorable models was the post-war O-type, represented here by a 1946 artic with BTC semi-trailer, owned by Bill Usher. 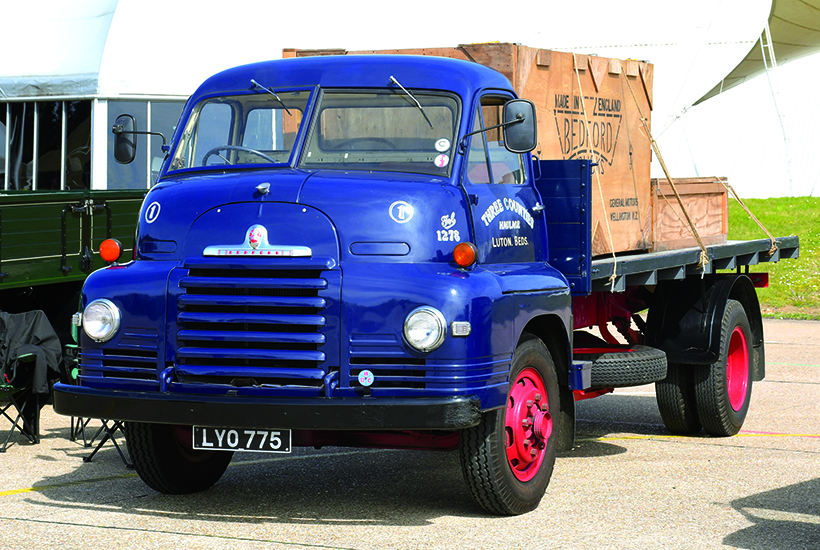 This nicely turned out S-type of 1950s vintage was brought along by local Bedford enthusiast, Martin McLure, from Luton. 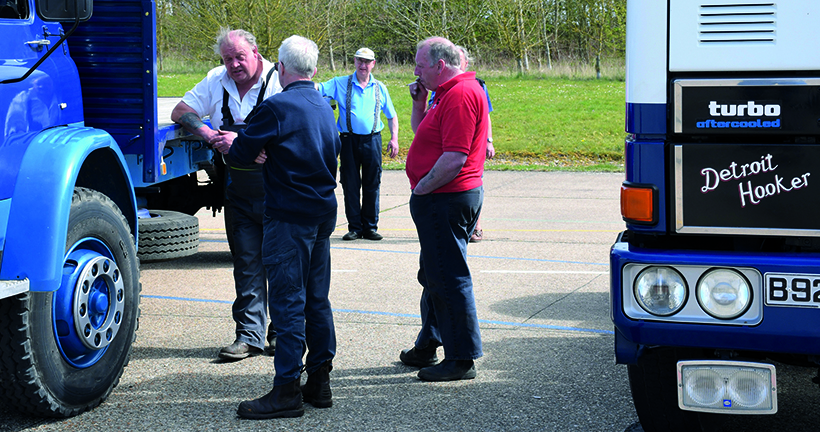 Plentiful yarns being exchanged at Millbrook amongst the socially-distanced owners who took part in the road run. 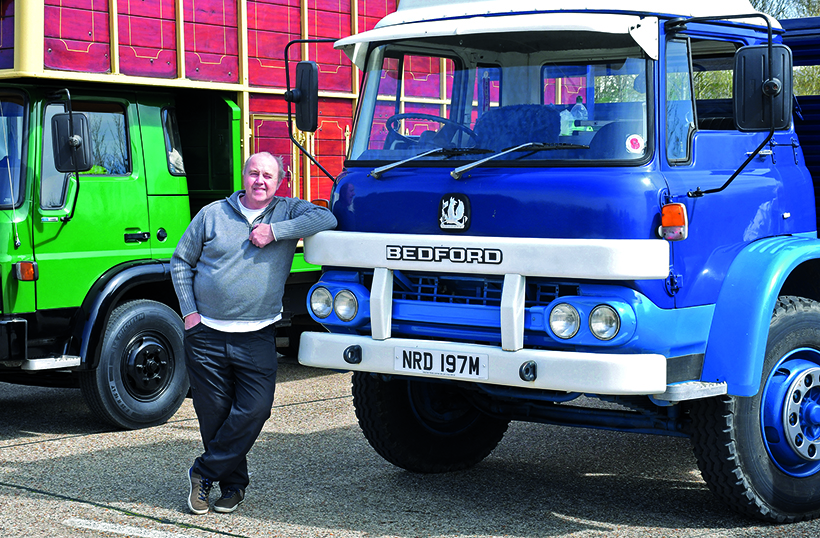 Bedford’s KM range was represented by this classic example, brought along by Flitwick-based Trevor Stringer. 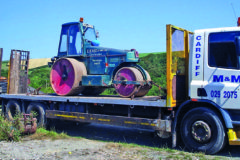 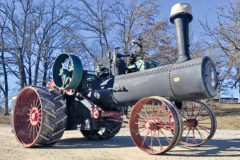