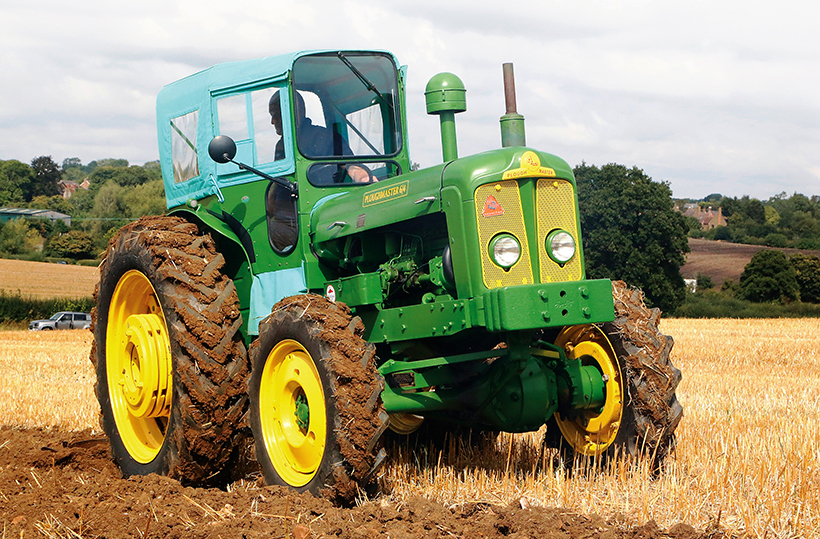 Blakesley Show vintage working weekend: Sam Chapman with his early Ploughmaster 6/4 (No. 2399) at the event.

It was a pleasure for Tractor & Machinery to be invited to John Sheppard and friends’ Blakesley Show vintage working weekend, which took place on September 10th-11th at Poplars Farm, Greens Norton, in Northamptonshire.

This was an excellent working event featuring a 1962-2022 Roadless Ploughmaster 6/4 and Ploughmaster 90 appreciation section. It was staged by Billy Wood with the help of Sam Chapman and Gary Rutter. It turned out to be a very well-organised event for these famous, pioneering four-wheel-drive machines, and everyone had a good time.

As a backdrop to the fine site, there was an excellent and value-for-money café supplied by Blakesley School Friends Association, with bacon rolls, burgers and hot dogs all at £4. Tea and coffee was just £1, and all exhibitors were given a free Saturday evening meal to mark the organisers’ appreciation for them coming and making the show what it was.

In other areas there was horse harrowing, Fowler steam and diesel ploughing, a fine line of interesting tractors ploughing plus a harvest area. But it was the Roadless tractors that captivated many of the visitors to the event. 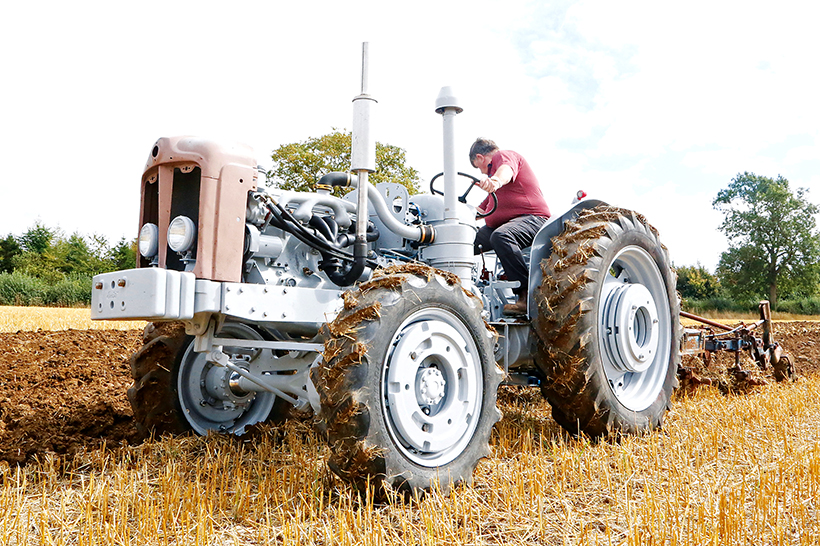 David Kerrigan, the tractor’s previous owner, puts Billy Wood’s 6/4 (no. 2535) through its paces. The tractor was being run-in as part of its four-year restoration. We aim to have more on that in a future issue.

It was Lieutenant Colonel Phillip Henry Johnson (1877-1965) that registered Roadless Traction Ltd. in March 1919, following his work in many military transportation fields, where he realised tracks were the answer for getting across poor soil conditions. He had witnessed this in the Boer War and WW1, where he was part of the Tank Corps and was seconded to them to develop the tracks and suspension system.

Towards the end of WW1 he created and developed a comparatively high-speed tank (20mph) known as the Medium Mark D. Unfortunately, it was a disappointment and proved to be very unreliable.

Despite this, Johnson had many fingers in many pies, and he went on to develop his track system for many applications, such as the Rushton-Roadless tractors of the late 1920s. This led to the Fordson Standard N conversions, as well as so many other tractor skid units being fitted with Roadless tracks, including the Ransomes MG horticultural series and Bristol crawlers.

After WW2, things changed when County Commercial Cars entered the tracked market, which caught Roadless on the back foot somewhat. The full track E model was poor, but the J17 was a much better proposition, and the DG4 half-track system sold in some numbers. 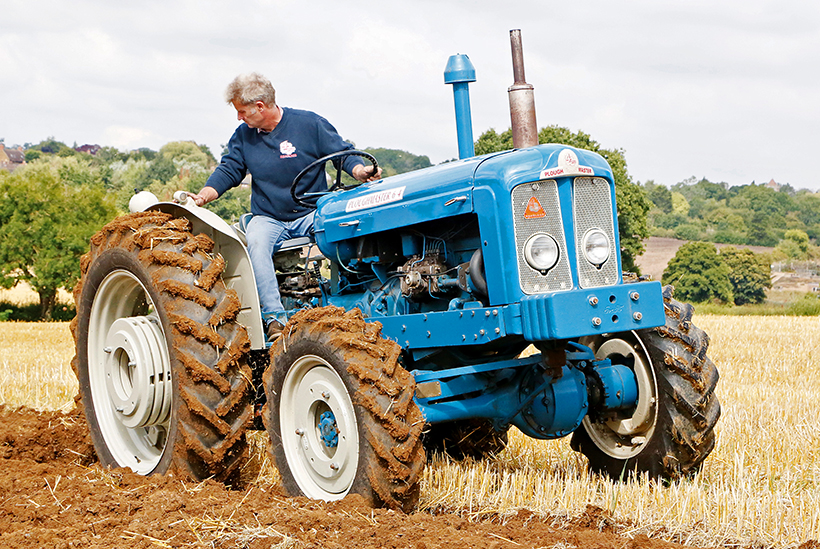 West Sussex ploughing champion Garry Rutter was out with his Ploughmaster 6/4 (No. 2595).

Then Johnson stepped it up a bit, which led Roadless into the four-wheel-drive tractor market with the Manuel Selene/GMC/Dodge front axle conversion for Fordson tractors. It turned out to be its most successful post-war model, with around 3,000 produced, plus the many aftermarket axle kits that went on tractors across the world – which Roadless and Selene supplied.

Ploughmaster
The next development was the Fordson E1A-based Ploughmaster 6/4, and this is what Billy wanted to celebrate at the event. Around 200 were built between March 1962 and October 1964, making it a highly desirable model among collectors today.

The 53hp Ford four-cylinder engine just about powered the Roadless Super Majors along, but any four-wheel-drive system saps power, especially on the land. So, with the 76hp Ford 590E six-cylinder truck engine available, it was a natural progression for this unit to start being used by Roadless.

It went into an extended frame, which was beefed-up along with the gearbox, clutch and rear axle. It’s perhaps not the most aesthetically pleasing Roadless, with its front axle placed well back to give equal weight distribution (which Billy tells me gives it a 75in wheelbase), but you may feel differently. 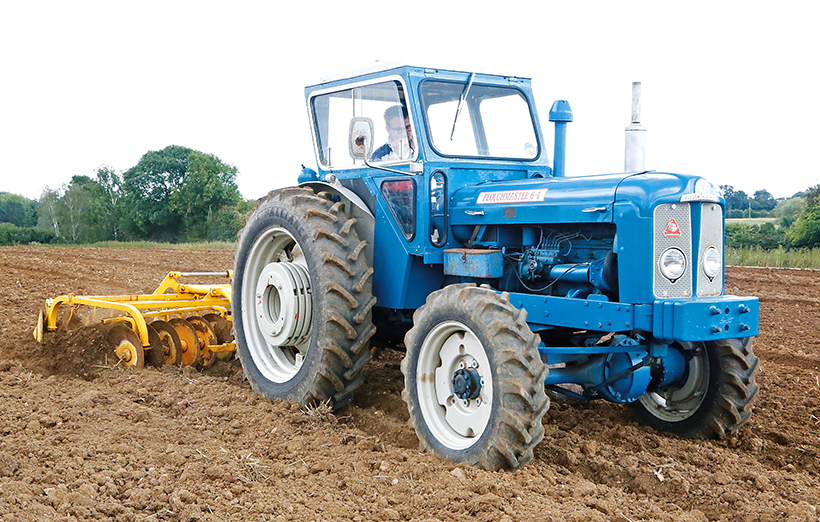 Not many realise that the first eight or so were painted green and yellow, which didn’t sit very well with customers, so the company returned to the conventional blue after that.

In 1964 it was time for change, not only with Ford and its new Basildon tractor factory, but with its line of 6X tractors – and so it was that Roadless developed a new range of models. The Ploughmaster 90 the ‘king’ at the time, thanks to chief designer Leonard Tripp – who retired in 1966.

It would be the middle of 1965 when the first Ploughmaster 90 appeared, producing 90hp from the 590E engine. Some of the 90s suffered with differential and front axle problems, but it’s even shorter wheelbase gave the tractor great traction, and it was a well-liked performer.

Billy said that the tractor was further upgraded as the 95 in mid-1966, with the more powerful 2703E engine and beefed-up front differential, hydraulic system revamped and assistor rams as part of the package. Interestingly, the Ploughmaster 75 was more successful than both the 90 and 95, achieving three-quarters more sales. 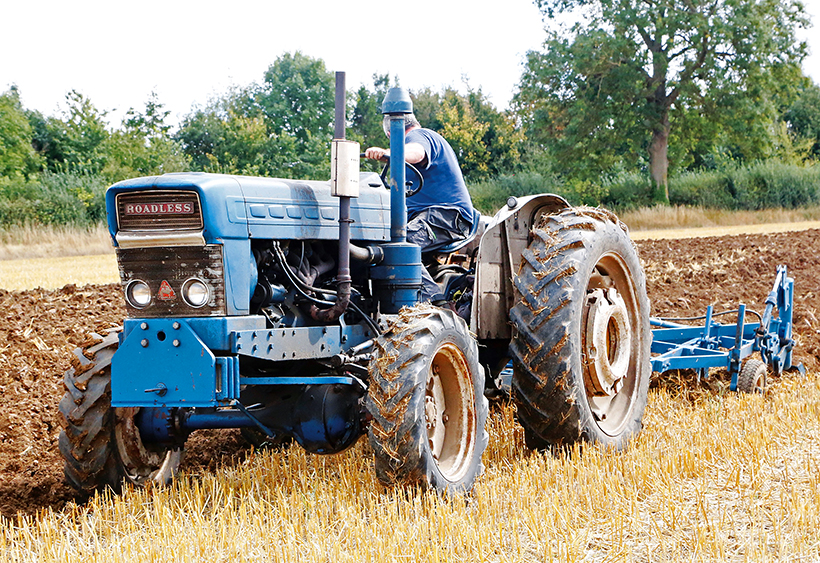 Powering his way up the Northamptonshire hill was Malcolm Bell with his early, original Roadless Ploughmaster 90.

These underrated tractors came from all parts of the UK to support the ‘appreciation show’, including Malcom Cook Snr and Jnr travelling from Northern Ireland with an early green and yellow 6/4 (No. 2399) plus two others – including an early, original 90.

On Saturday, when I was at the show, some 12 of the marque were together, with many to be seen ploughing. On Sunday three more joined the party, making it a grand occasion which, hopefully, will be repeated in the future.

The report comes from the latest issue of Tractor & Machinery, and you can get a money-saving subscription to this magazine simply by clicking HERE 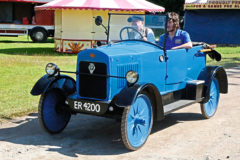