We report from one of the last steam and classic vehicle gatherings of 2021 in West Sussex which was enjoyed by all, despite the weather! 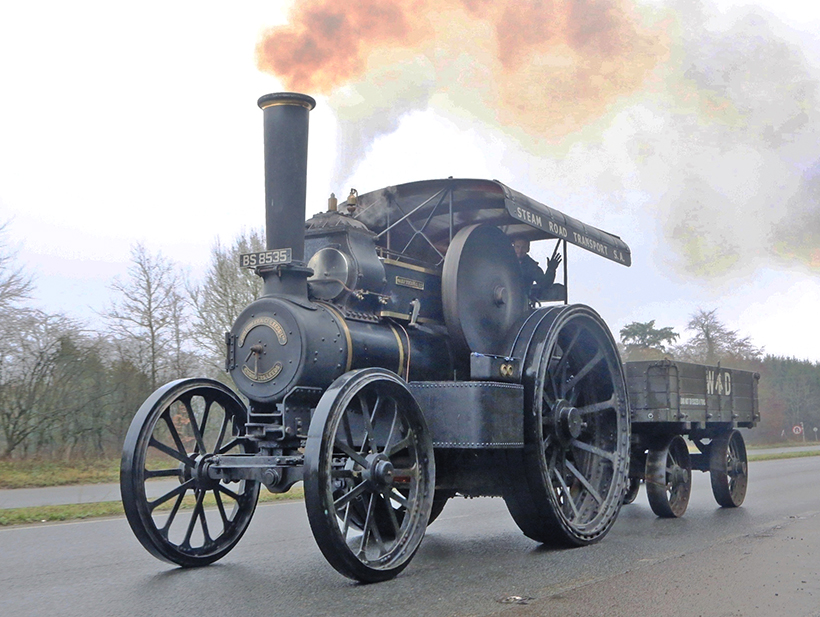 Steam and classic vehicle gathering: Going so well on the Horsham by-pass, heading towards Slinfold, is the ex-WD Fowler B5 No. 8726. (All pics: Peter Love)

Despite many Boxing Day events being cancelled, due to the pandemic, a number of traditional events did take place across the country, even though the weather forecast wasn’t good. 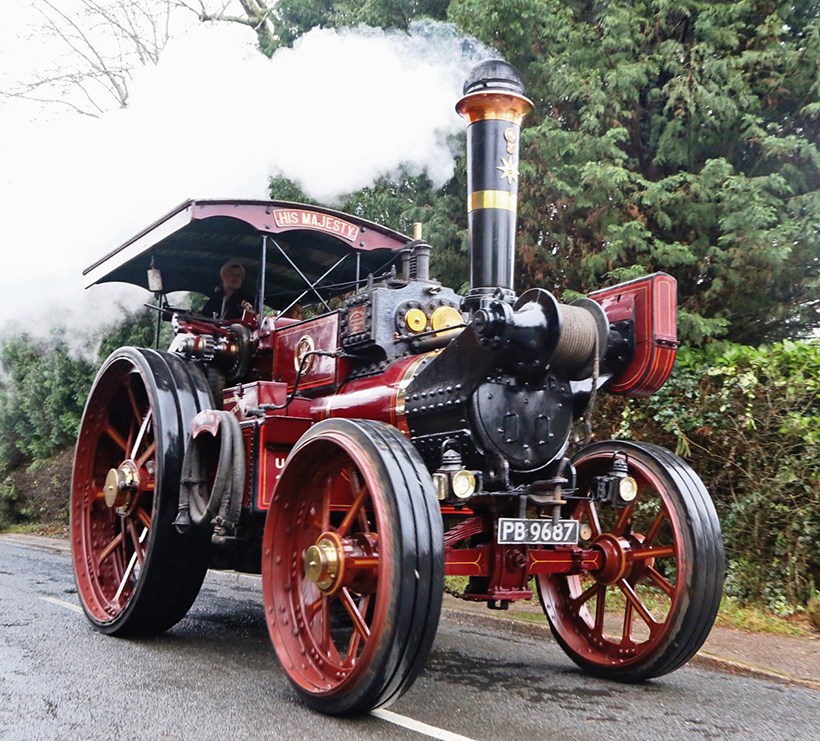 Seen here heading towards Slinfold is Burrell His Majesty, the ex-Hickey’s crane engine.

The largest steam and vehicle gathering took place at The Red Lyon, in Slidford, near Horsham, West Sussex. It saw Chris Cook debut his mighty 1901 Fowler B5 No. 8726 road locomotive, which he ‘roaded’ from his base near Crawley despite the poor weather conditions. 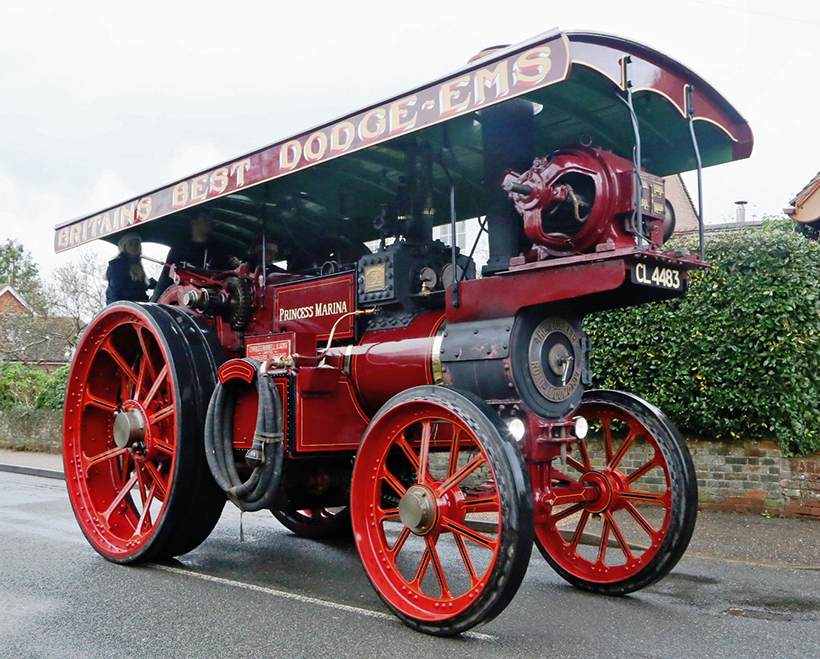 Powering steadily along at Slinfold is 1920 Burrell, Princess Marina. 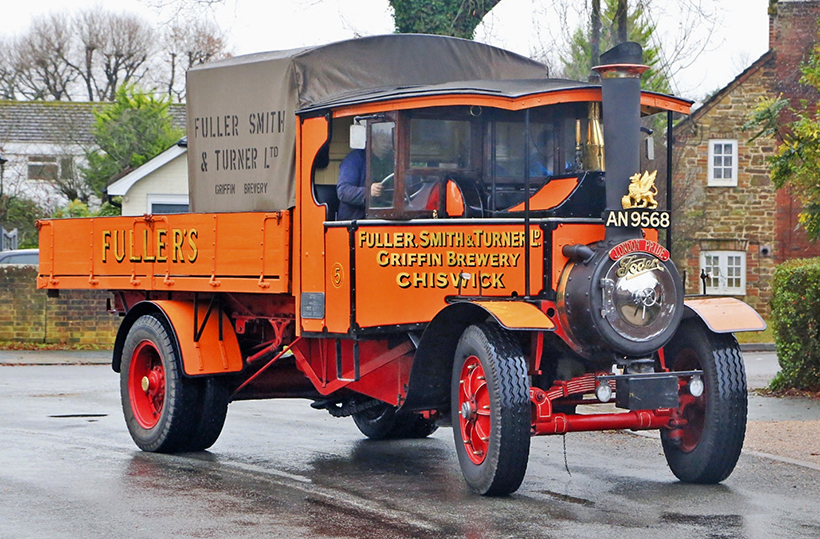 They were joined by the Marsh’s 1928 Foden C type wagon No. 13196 London Pride and, a while after and arriving from the other direction, was the furthest-travelled attendee, the ex-South Africa, ex-Billy Trelor 1901 Fowler B5 No. 8726, Major Schofield RE with fine road wagon behind. 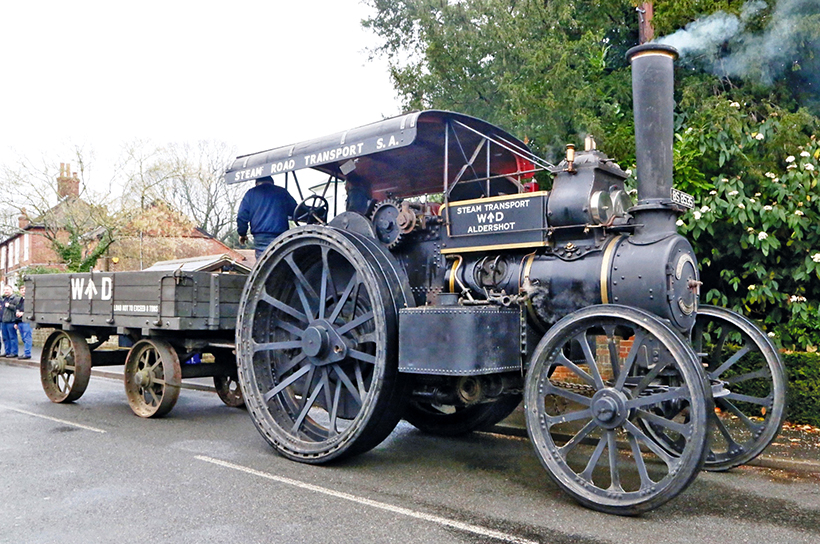 A fine sight: 1901 B5 stands proud near The Red Lyon, with a slight gasket leak on the return valve.

The B5 certainly made for a very impressive and imposing sight, and truly was great to see, especially given that the engine had only arrived with its new owners just a few days before Christmas. This engine was seen in South Africa decades ago, and then popped up for sale at the 1996 Great Dorset Steam Fair, in a rough state. Having changed hands more than once, it was then given a full rebuild, after which it was enjoyed occasionally by the then owner, Billy Trelor, who was based at Haltwhistle, in Northumberland. 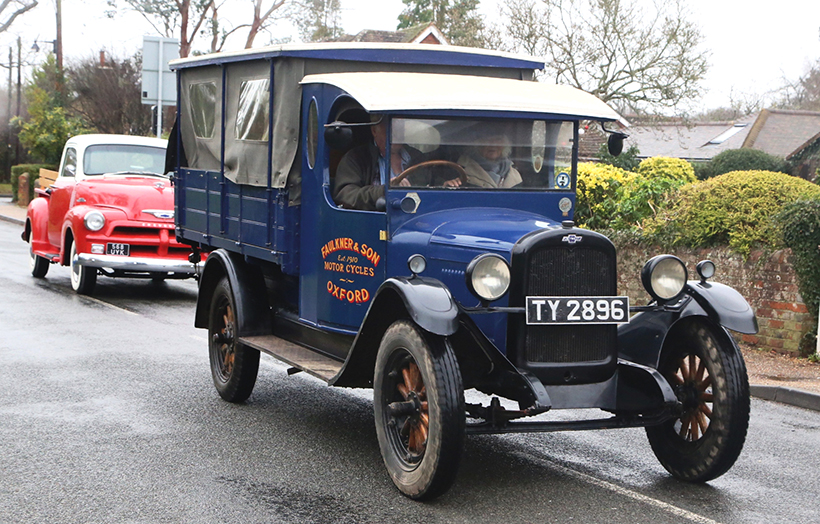 The Northumberland-registered, 1926 Chevrolet R class; one of the most advanced 25cwt trucks made at the time.

The support cast featured a raft of vehicles from the J Bell & Sons fleet, including a superb, and rare to the UK, Bedford PC 10/12cwt Ute in immaculate condition. This vehicle was assembled in Australia, of course, with parts that were shipped out from Luton, in Bedfordshire. 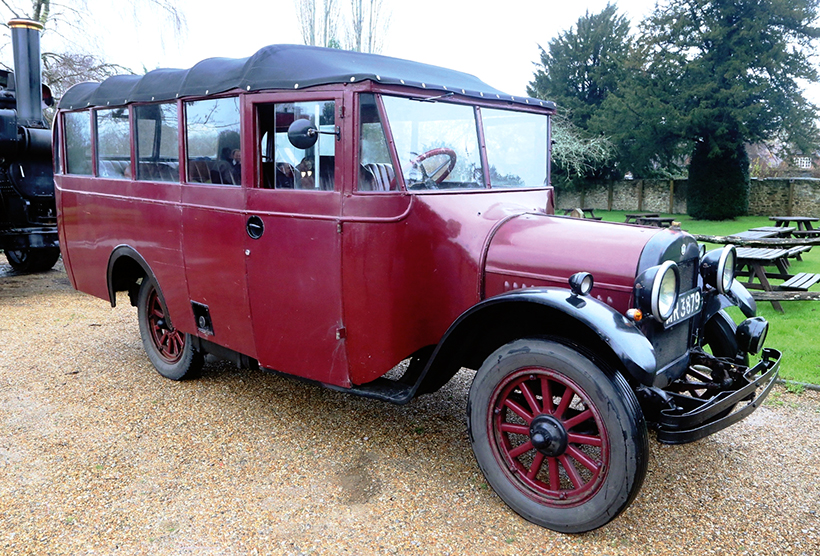 It was great to see the Searle’s Dodge 25cwt charabanc at Slinfold. 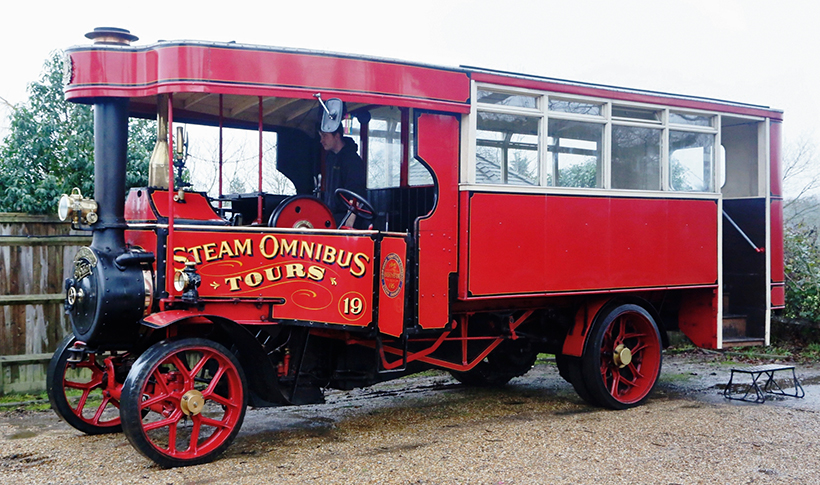 Among the interesting cars present were various American classics, including a Marilyn Monroe-style Ford Thunderbird, and a dark blue 1950 Austin A90 Atlantic four-seater convertible, powered by a 2.6-litre engine. Fortunately, the rain had stopped by the time the main players arrived, which resulted in a good crowd at The Red Lyon and even Father Christmas made a guest appearance. 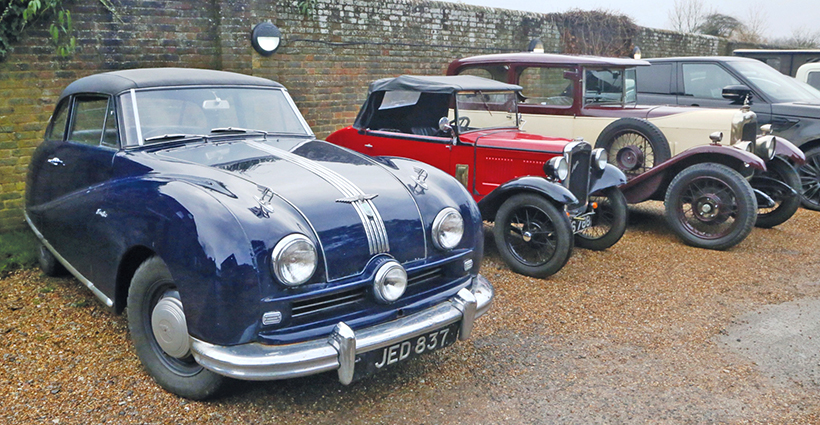 This Austin A90 Atlantic, with its convertible bodywork, led the way in the car line-up.

It was also good to see Joe Dovey and his family obviously enjoying the event with their ex-Australian, ex-Joe Black, Foden traction engine, which is making good progress again. The event brought the curtain down on the truncated, 2021 season and, hopefully, we can all now start looking forward to more predictable times in 2022. 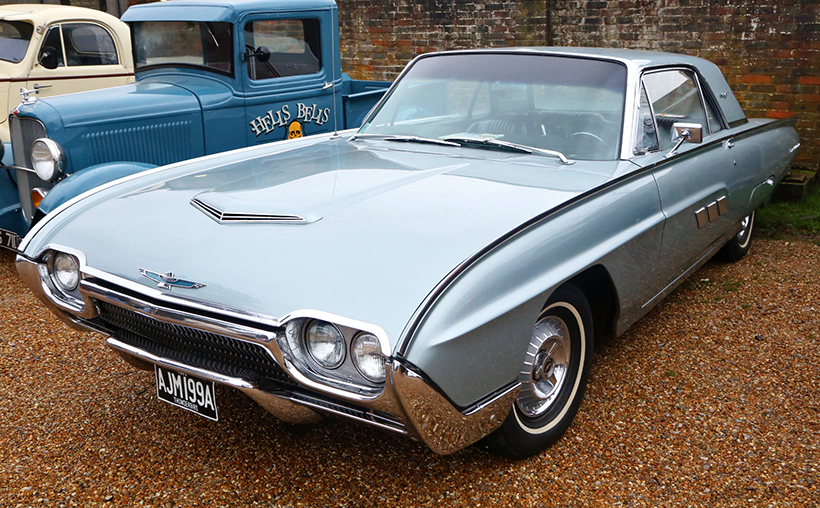 The Ford Thunderbird; so much style and class. 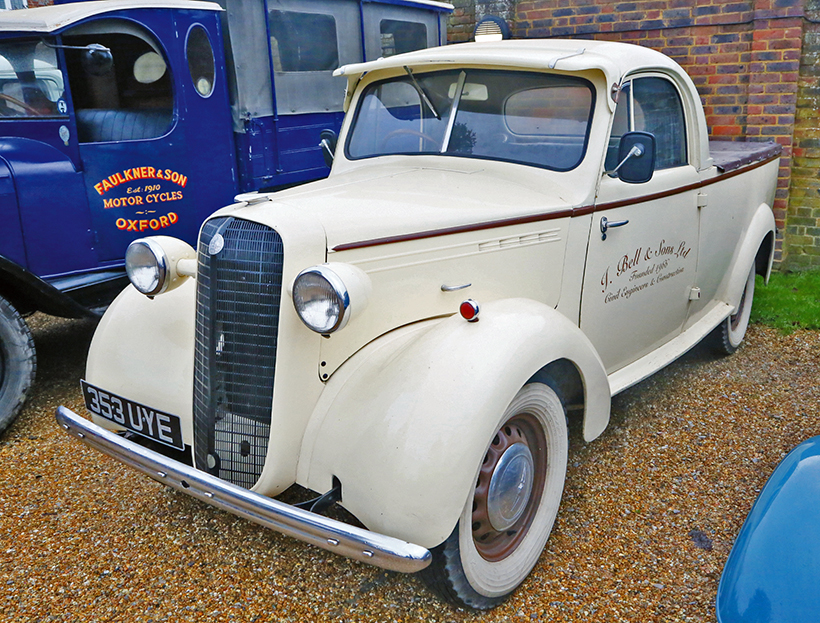 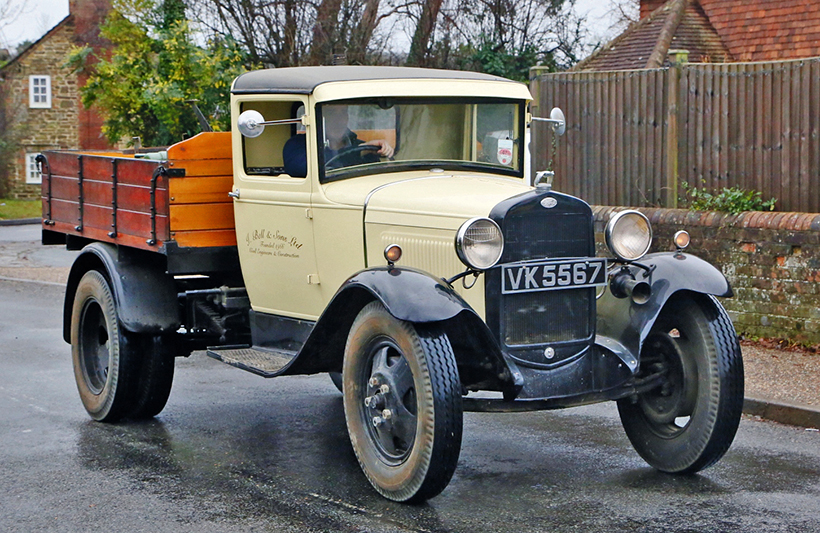 We enjoyed seeing the 1930 Ford AA 24hp four-speed dropside tipper belonging to the Bell’s. It’s been in preservation since the 1960s. 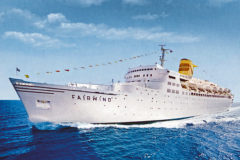 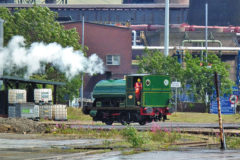 Steaming around the steelworks!