Joseph Lewis visits the Museum of Mid-Devon Life in Tiverton, and discovers images of two interesting local companies and their equipment. 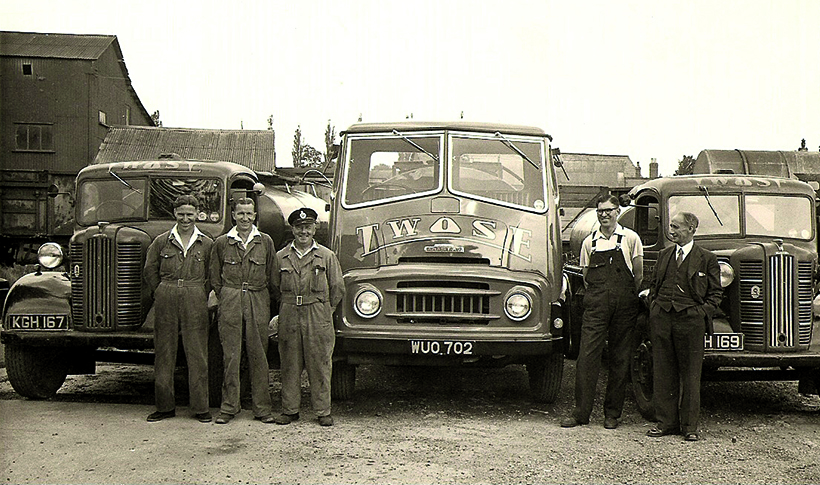 The Tiverton Museum of Mid-Devon Life was established 61 years ago by a group of local volunteers who saw everyday life changing. There are approximately 13,500 objects, and 25,000 photographs and archival items in the collection. The museum has moved around the town as it has grown. It relocated to its present site – the old National School – in 1969, and has expanded over the years, building first the waggon gallery, then another to cover the newly-acquired Tivvy Bumper steam engine, in 1979. Today, the museum employs a small number of paid staff, and is supported by about 80 volunteers.

The museum is a Charitable Incorporated Organisation (CIO) and registered charity. Two recent awards on Trip Advisor were a Certificate of Excellence in 2019, and a Traveller’s Choice Award secured in 2020. Full accreditation as recognition of museum standards, was awarded by Arts Council England. 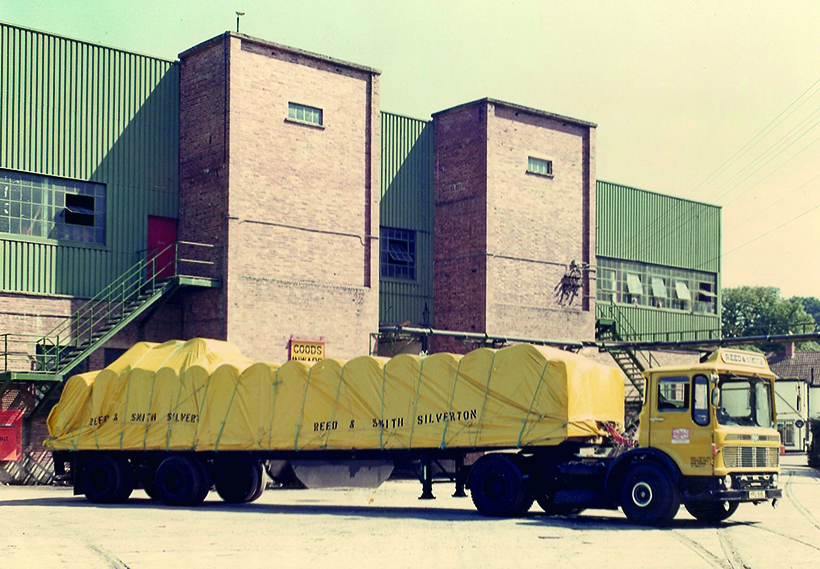 In 1952, Reed & Smith became a public company and was producing many thousands of tons of paper per week. A reflection of this considerable production is illustrated by this AEC tractor unit and covered articulated trailer that’s loaded with large rolls of paper.

The museum includes a broad collection of objects relating to the history of Mid-Devon, spanning everything from the wool trade of the 1700s, to the arrival of John Heathcoat’s lace factory, in 1816. The largest object in the collection is the GWR steam engine 1442 ‘The Tivvy Bumper.’

On this occasion, my main reason for visiting the Museum of Mid-Devon Life was to see a 1942 Oliver 80 tractor, as I had an article in mind for Tractor & Machinery magazine. This notable model had come over under the Lend Lease scheme to a local farm and, due to this provenance, I was keen to find out more.

Having made Oliver’s acquaintance, I was intrigued to find the local life and industry gallery. This included details about two local companies, and my attention was caught by the great images of heritage commercial vehicles. 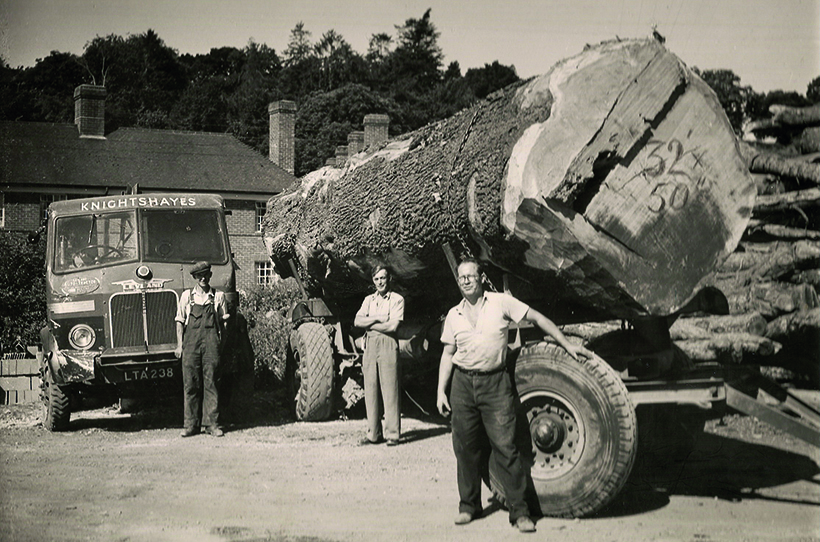 Workers on the Knightshayes Court Park Estate, where the Park had its own sawmill. The Leyland Auto Tractor oval on the cab of the Leyland Beaver reflects a possible link with the Auto-Mower Engineering Company of Norton St. Philip, near Bath, that likely fitted the timber equipment for this use. With the way workers are posing in this photograph, it’s clear that health and safety regulations weren’t an issue!

The first company had a link to my agricultural interest. Twose, formerly known as Twose of Tiverton, was founded in nearby Halberton, in 1830, just three miles from where Twose’s Head Office is based today. After establishing itself as a small blacksmith offering a limited number of horse-drawn agricultural products, the company continued to develop and change the agricultural market.

For 180 years, Twose has been dedicated to designing and creating high-performance agricultural and green maintenance equipment for farmers. The images show Twose’s busy days of the 1950s, with Austin fuel bowsers and a notable delivery to Kenya, which included the famous Twose ‘tractormount’ roller. 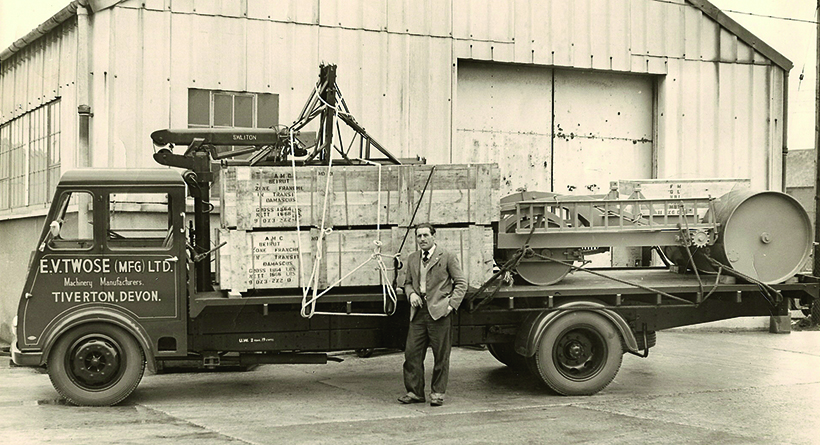 A Twose FK delivery lorry in 1955 with great signwriting and a notable load of equipment. This is a ‘Tractormount’ roller and cultivator in crates loaded for Kenya and Syria respectively. Mr G Huntley is standing in front. The tractormount attachment consisted of a Ferguson tractor being reversed on a base frame mounted on three rollers. The rolling drum’s drive power was taken from the tractor rear wheels, and the roller had its own steering wheel. Water ballast tanks were an option: I understand that only one was ordered.

Another important mid-Devon industry continues to be the production of paper. Commercial vehicles were central to the effective distribution of paper, especially when many thousands of tons were being produced on a weekly basis. Sheet paper has been produced for hundreds of years, with local mills established from the early 18th century. In the 1840s, John Dewdney produced the first, glazed writing paper. Following the introduction of large, continuous paper-making machines in 1808, the mid-Devon industry contracted to fewer and larger mills in the Creedy and Culm Valleys.

In the 1880s, WH Reed and K Smith formed a partnership to produce paper at a mill in Cullompton, and also one in Silverton. In 1952, the organisation became a public company, and began producing paper on an industrial scale. Reed & Smith’s distinctive yellow AEC lorries were certainly a popular sight. Paper is still made at nearby Hele. 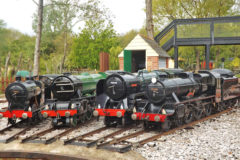 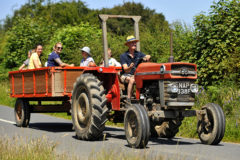