We report on the Cheffins’ sale of the late Roger Austin’s 1946 Scammell collection, in which a Scammell Showtrac sold for £167,500! 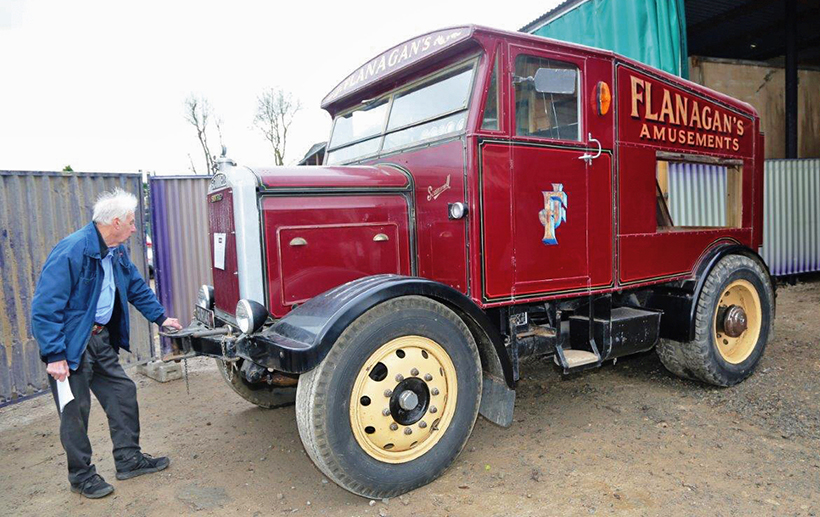 This amazing sale, run by Cheffins and which finished on November 20th last year, saw some very interesting vehicles come under the hammer, but the thing that got everyone buzzing was the fact that a 1946 Scammell Showtrac sold for £167,500! 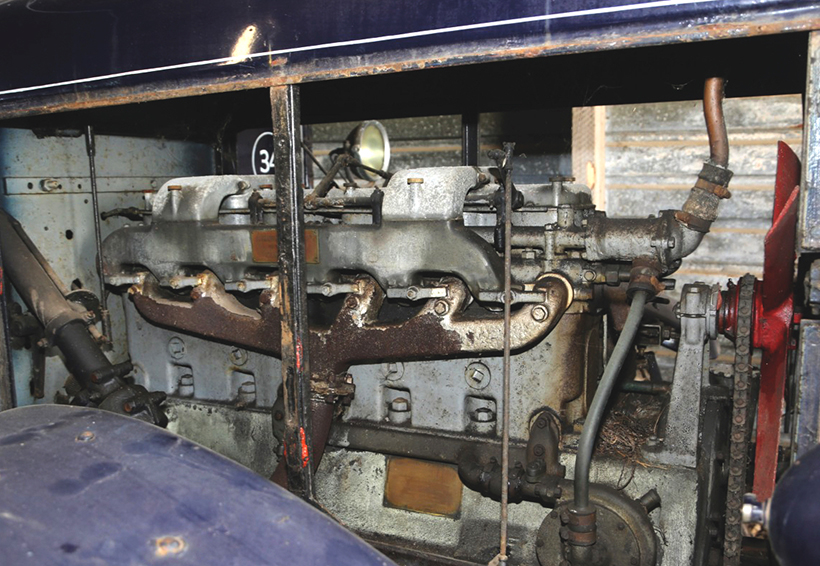 The Gardner engine with green compressor and steering box shaft clearly seen on the Showtrac.

Jeremy Curzon, Cheffins director said: “The price achieved for the 1946 Scammell Showtrac (£167,500 including commission) is an amazing record, setting the bar for values for these hugely collectable fairground vehicles.

“This vehicle represents an important historical development in the history of the British funfair, which was reflected in the pre-sale interest we saw from across the UK. There is an active market for collectors of fairground heritage pieces and commercial vehicles. The late Roger Austin’s reputation as one of the leading owners in the field helped to ensure that bids flew in from far and wide for the best items in the sale. 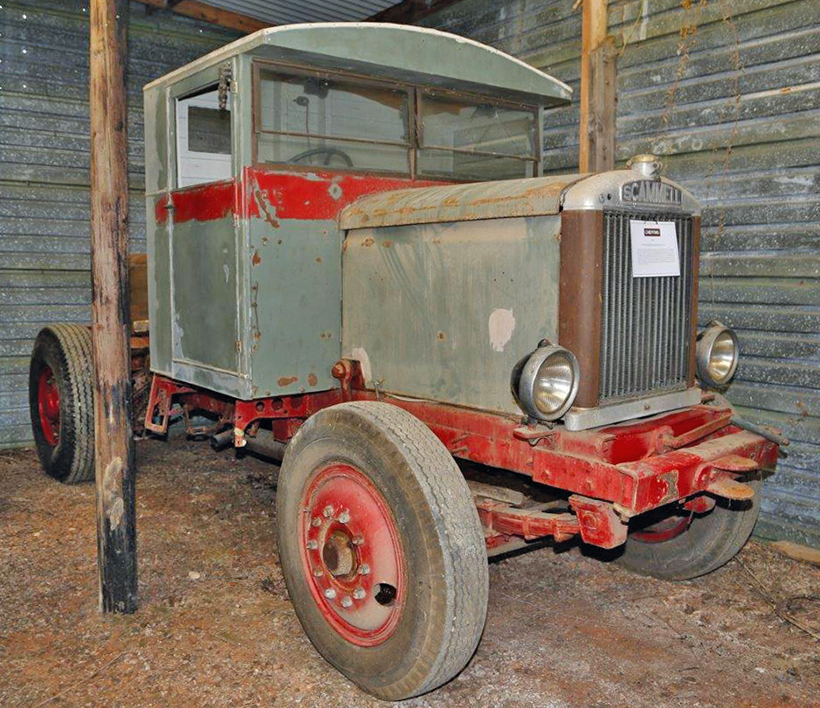 “Anyone who might have missed out on items in this sale will be pleased to hear that we will be offering the second part of the collection in 2022, which will include a series of historic rides, figures, rounding boards, signs and other fairground memorabilia.” 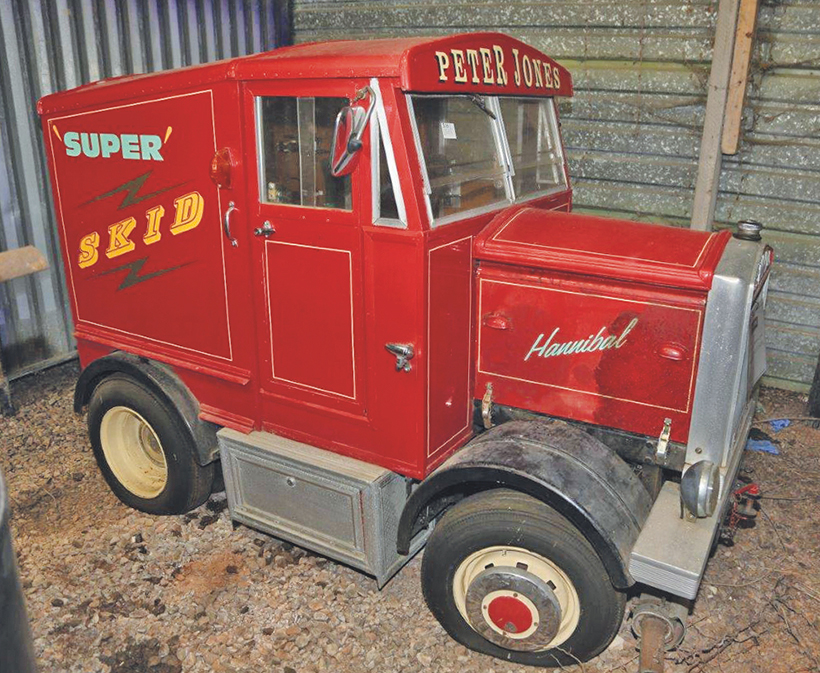 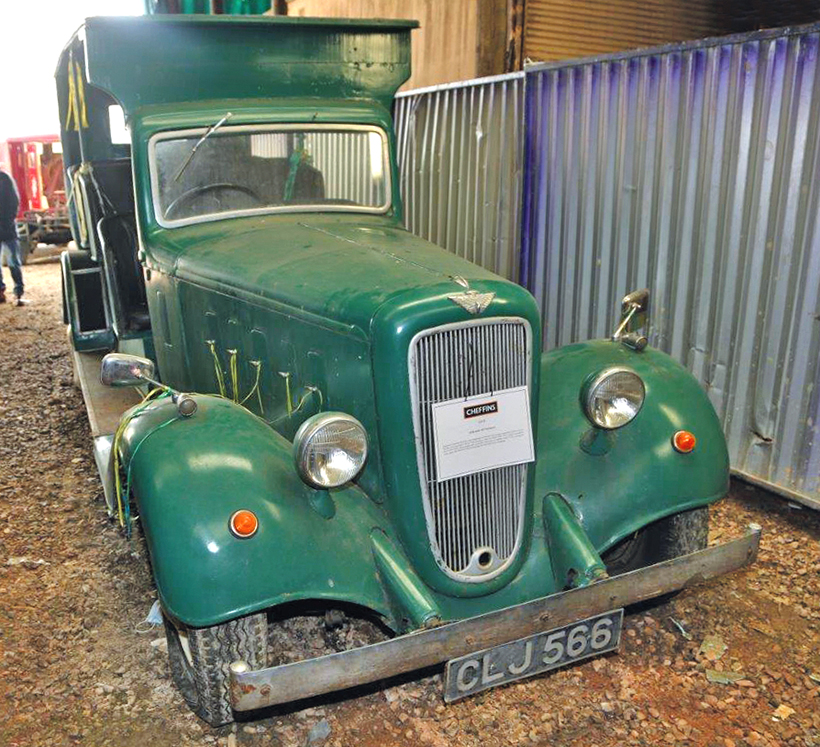 No. 10 was used with John Flanagan’s 1939 ‘Land Wheels Autodrome’ for a while then, after his death, the Showtrac was with his niece Alice Webb and husband George and then used with a ‘Tunnel of Love’ ride. The Showtrac was used by them until 1974, when it was parked up in their Watford yard until they had a fire in 1989, after which it joined the late Roger Austin’s collection. 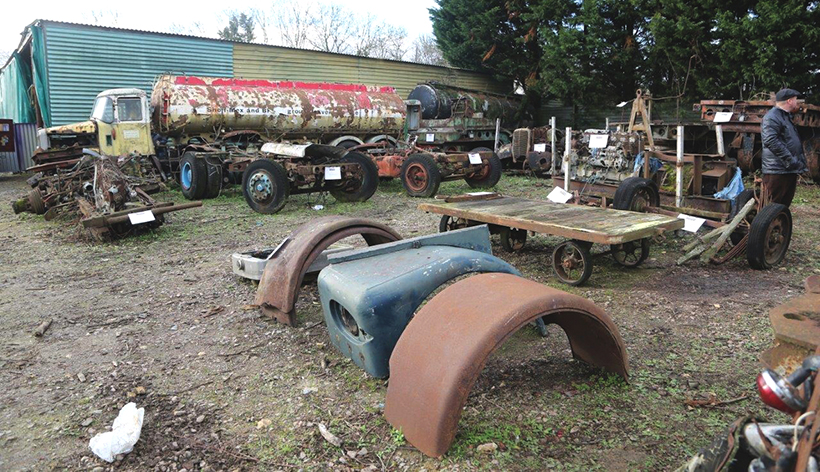 Just junk to some but, to others, it’s pure gold!

The Showtrac can be described as being in ‘older restored’ condition, but needing some work on the electrical gear and shutter frame area of the body, plus some chrome parts that were showing some rust, which is to be expected. 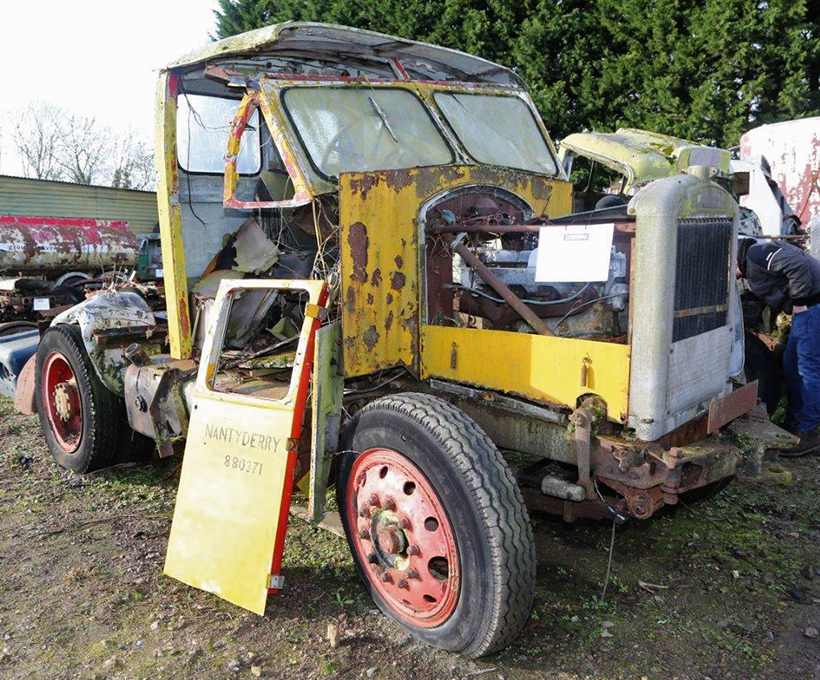 Some £1,100 was paid for this Scammell Highwayman.

It’s believed that the Austin family also have Showtracs No. 1 6032 His Majesty, ex-Henry Studt & Sons, and No. 8 West Riding No. 6173, ex-Tom Harniess/Harry Wigfield. 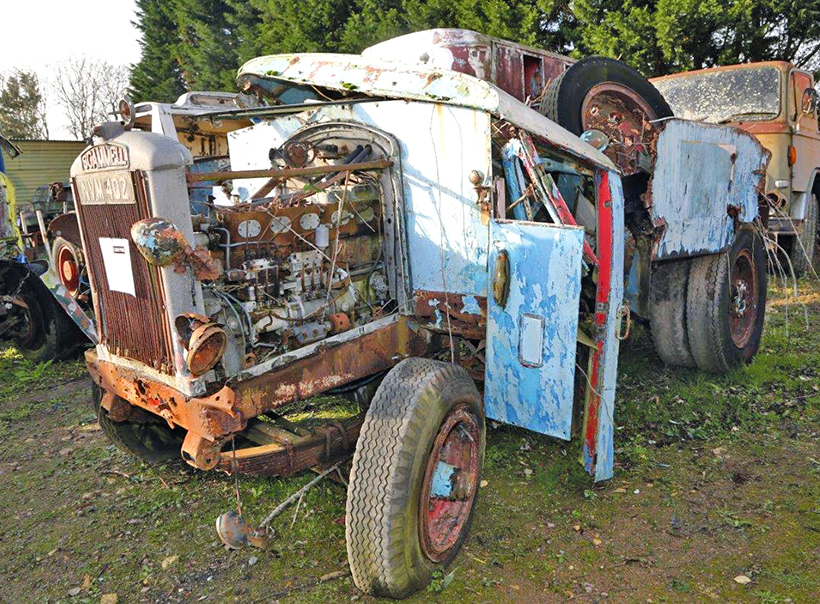 As can be seen, many of the Scammells needed a full rebuild. This one could have been yours for £950.

Based in Raunds, Northamptonshire, Mr Austin, who ran a car salvage business, was a devoted supporter of the Fairground Heritage Trust, and started his major, large-scale collection in the 1980s, encompassing many hundreds of fairground memorabilia items at its peak. 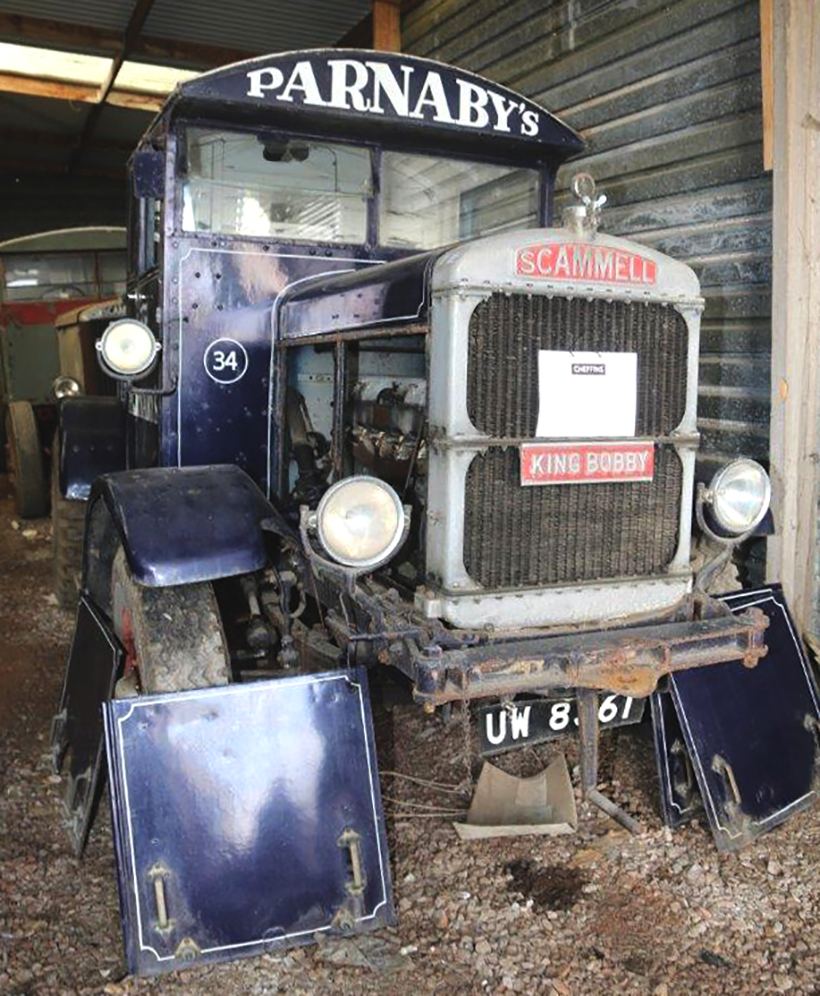 The second lot in the sale was the Parnaby’s-lettered, blue-painted 1927 Scammell 4×2 UW8361 No. 1460 chain-drive ballast tractor. It is well known that the tractor unit was the first ever used on the fairground and built for North East showman Hoadley’s Entertainments. When new it featured a 7-litre Scammell petrol engine, but this was later changed to a Gardner 6LW. 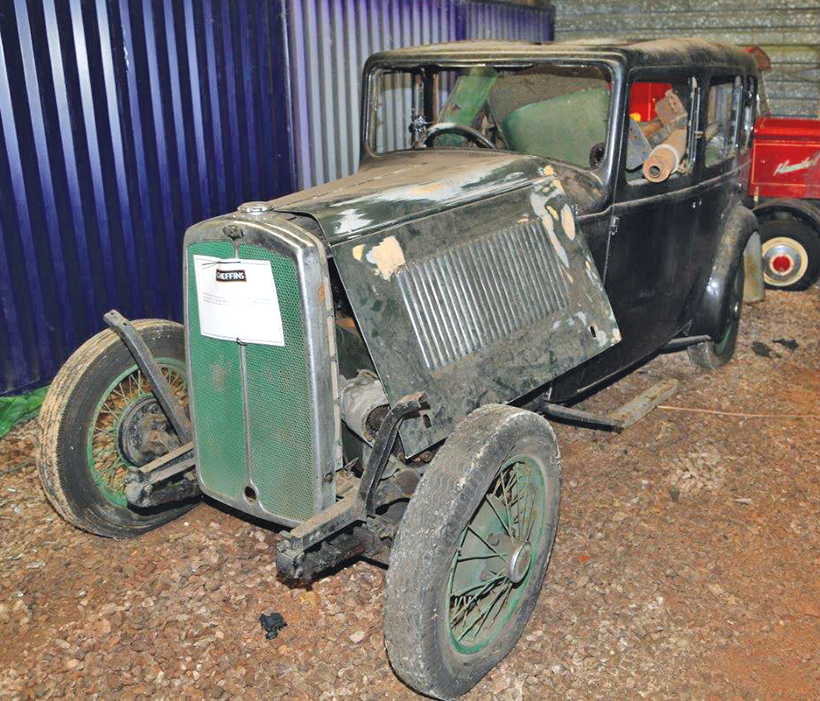 Rare to see, this BSA four-wheel car was very complete, apart from its cylinder head, and sold for £1,000.

The lorry was a ground-breaking vehicle at the time, but was later sold to be used in timber haulage before being rescued for preservation by Derek Parnaby who rebuilt it in his own style. The tractor unit needs work on the starter motor and various small things, but looked good considering it has been stored for at least 20 years now. It was sold for £20,636 (all in) to Cambridgeshire. 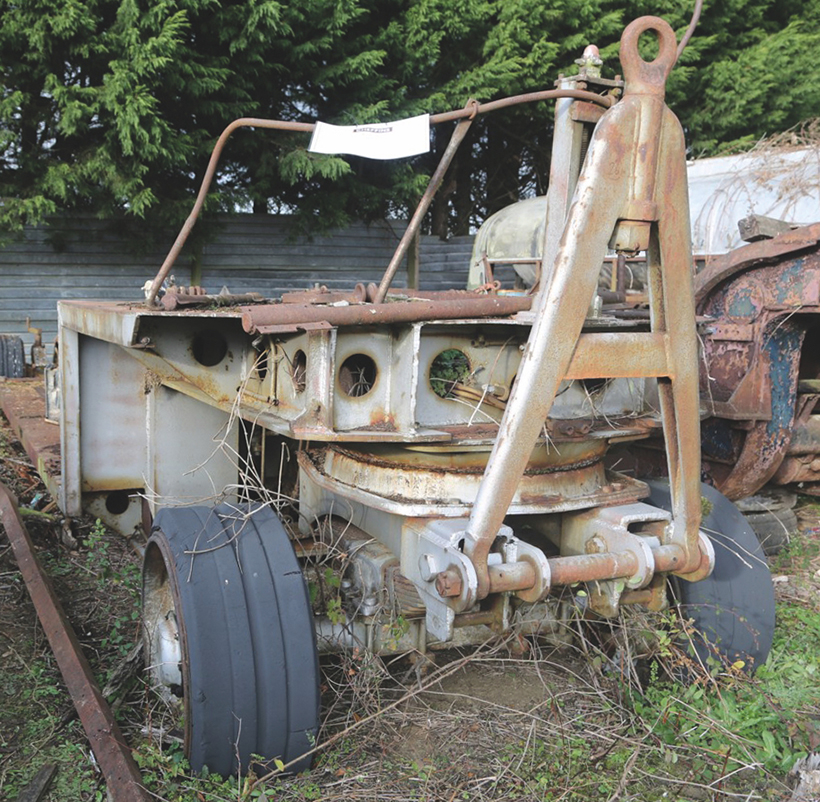 This was sold to a buyer from Lancashire, and will now be towed by a Foden road loco.

The very good 1931 Scammell 4×2 chain-drive GW 484 No. 1743DA was new to AC Morris. It was originally built as a six-wheeler but, sometime during its life, was converted to a four-wheeler. The bidding for this fine tractor unit reached £11,000, but this wasn’t enough and it’s to be re-offered at the 2022 Cheffins sale. 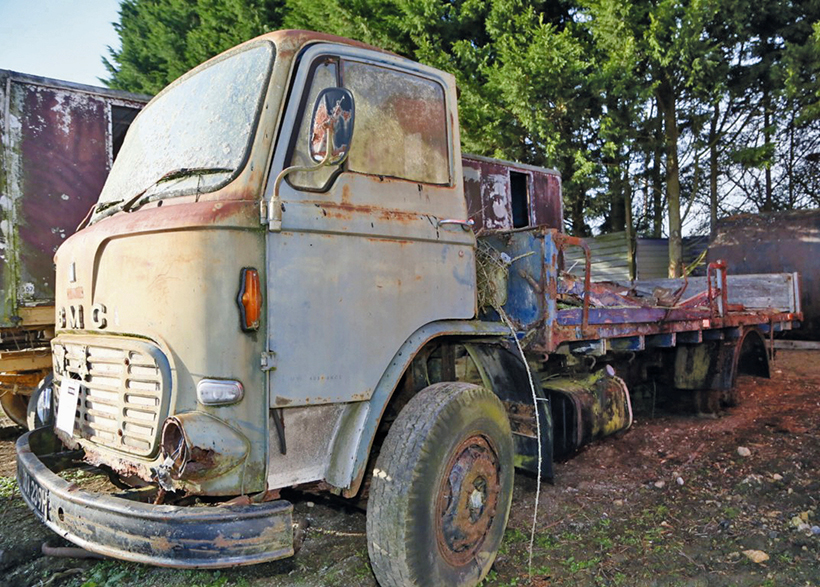 Another important lot in the auction was the 1938 Scammell MU DTB 210 No. 2405 with tandem-axled chemical tanker. This was rescued by former policeman Sid Hunsworth, who restored it over 15 years. The outfit had a starring role in the TV advertising campaign for the launch of the Ford Mondeo Mk2 in 1996, in which it was cast as driving on the opposite side of the road to the featured car. This vehicle was purchased by Mr Austin in 1988, and sold for £25,994 (all in) to a private buyer.

Creating loads of interest was the solid-tyred Scammell bogie conversion turntable trailer, ideal for the steam road locomotive enthusiast and, after 41 bids, it sold for £8,800. All-in-all it was an excellent sale for the heavy-haulage enthusiast, and we’re certainly looking forward to the next sale later in the year. 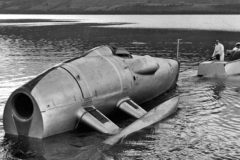 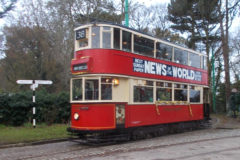