Classic tractor working day: An example of the first, rubber-tracked agricultural crawler – the Caterpillar Challenger 65 – sits at the start of an amazing line-up of Muir-Hill, County and Ford tractors (plus a couple of red interlopers!). The impressive array of yellow machinery represents just a sample of the Riseborough’s Muir-Hill collection!

Muir-Hill tractors were a major focus of a special Classic Tractor Day held by a Suffolk farming family on the June 12th. Among the 70 tractors in their collection that were lined up across the bottom of a large field, the big yellow Ford conversions were the most numerous, with at least one version of every model produced by the Gloucestershire-based firm between 1966 and 1983, represented.

Among the sea of yellow were several machines of note, including a now rare-to-find 110, which was powered by a Perkins six-cylinder engine instead of the normal six-pot Ford unit. There was also a couple of machines that had spent their working lives in Canada, before being repatriated to Britain, plus a 111 known as Black Prince – one of several to have been employed in a Midland’s car building plant back in the day. 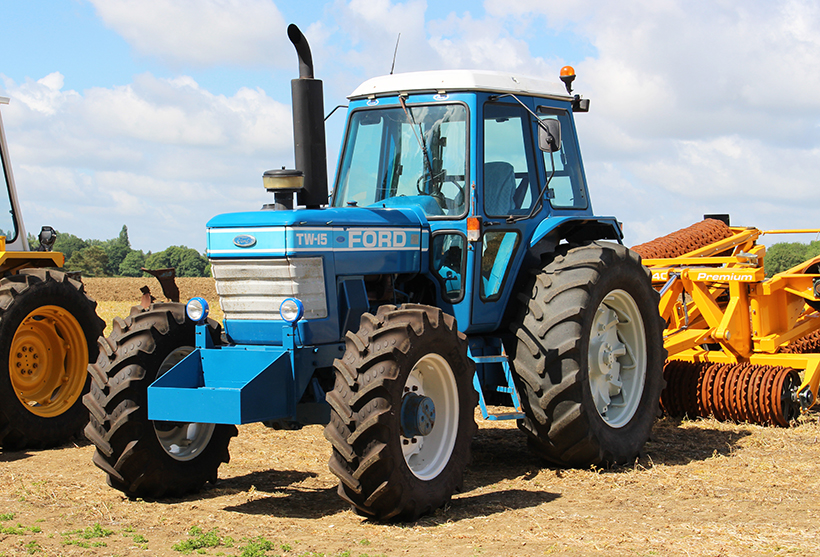 A Ford TW-15 sits in the sunshine ready to go rolling. Unfortunately, as no ploughing was possible due to the very hard soil, the TW didn’t get a chance to flex its muscles on this occasion.

This amazing collection of Muir-Hill tractors has been gradually amassed by the Riseborough brothers, hosts of this superb event on their farmland at South Elmham, with funds raised going towards the local village church. With plenty of warm sunshine to support proceedings, the crowds were out in force to look at the machines, enjoy a barbeque and other refreshments, as well as have a go at guessing the number of balloons inside the cab of a Series II Muir-Hill 121! 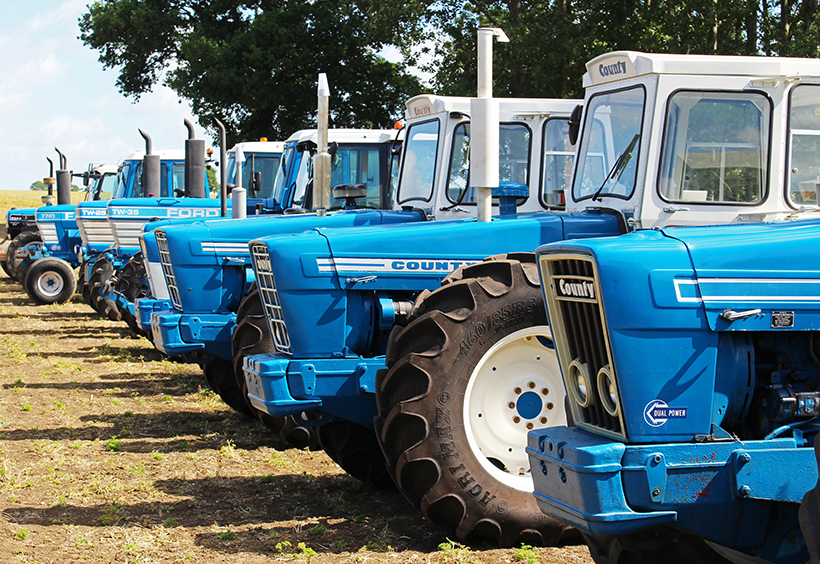 County 1164 and 1174 models nearest the camera, with Ford TW, Series 10 and Series 40 tractors beyond. What a collection!

However, the Muir-Hill’s weren’t the only Ford-based tractors present in the collection. My eye was also caught by the superb range of County machines on display, all basking in the warm sunshine. These included everything from the 1124 to a 1454. Of course, the classic Fords weren’t to be left out, and there was certainly no shortage of these present on the day.

Among the highlights for me were the 6710 and 7710 models (belonging to friend and collector, Paul Reeve), and the complete line-up of ‘series two’ TW tractors that were available in the UK – the TW-15, TW-25 and TW-35. In addition, 7840 and 8340 models represented the last incarnations of the Ford tractor; the 8340 being the only other visitor as it’s still in use on a neighbouring farm. 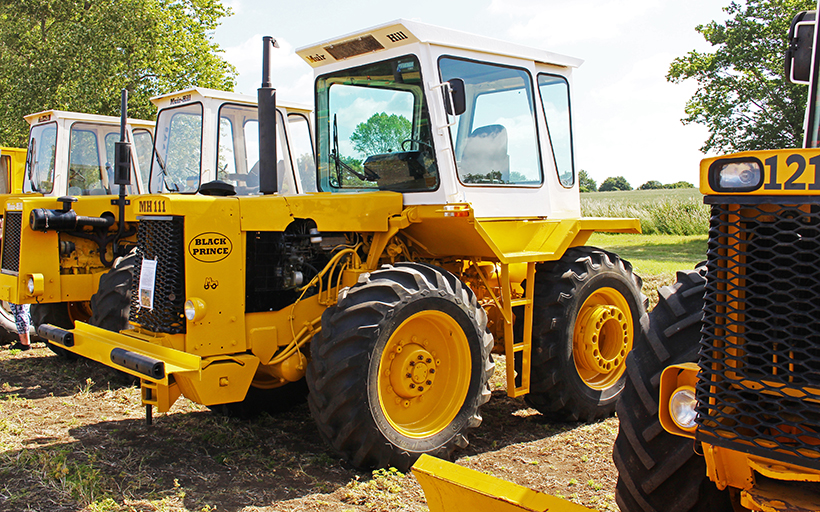 ‘Black Prince’ was just one of five Muir-Hill 111 tractors outfitted as ‘industrial tugs’ (complete with torque converter transmissions) and supplied to the British Leyland car factory at Cowley. Each tractor was named and, during the 1990s, this one received a new four-cylinder Perkins engine instead of its original Perkins six-cylinder unit.

As if the static line-up – which also included a large number of David Brown, IH/Case IH, Massey Ferguson and John Deere machinery – wasn’t enough, a number of tractors were set to work with cultivators during the day, much to the evident enjoyment of the watching visitors. 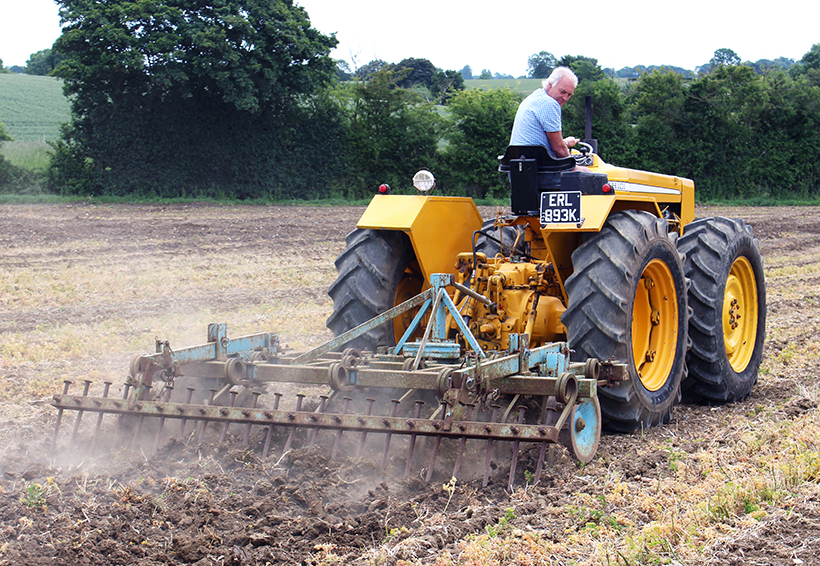 The 108hp Muir-Hill 101 was the first agricultural tractor model to be produced by the Gloucester-based conversion specialist. It was based on Ford 5000 components and powered by a Ford six-cylinder engine. Here Paul Reeve is putting one of the Riseborough family’s examples through its paces.

The ground was extremely hard following a dry spell of weather, and the fields used had only recently been cleared of a crop of parsley. So it wasn’t possible to do any ploughing, but disc harrows and cultivators were able to penetrate the soil, allowing a County 944 and 1454 to be put through their paces together with a Muir-Hill 101, 121 Series III and a very impressive, 177hp Muir-Hill 171 Series III. 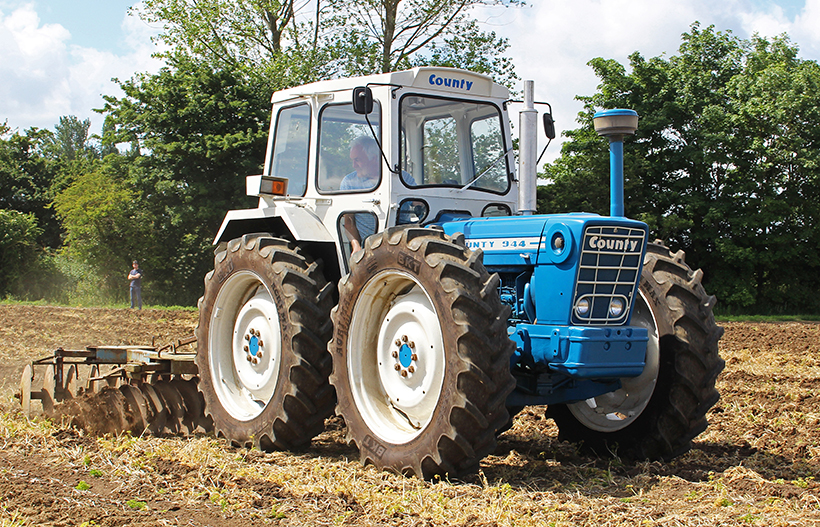 The County 944 was based on the Ford 7000 – including the four-cylinder turbocharged 94hp engine – but was fitted with a cab sourced from Hara of Sweden. At this event a set of disc harrows provided an easy haul for this tractor, even with the soil baked hard.

The power stakes were upped considerably, though, when the Riseborough family’s Ford FW-60 Automatic was fired-up to pull a very wide Simba cultivator through the baked soil, the Cummins six-cylinder engine under its bonnet putting out well over 300 horses, and making beautiful music at the same time! 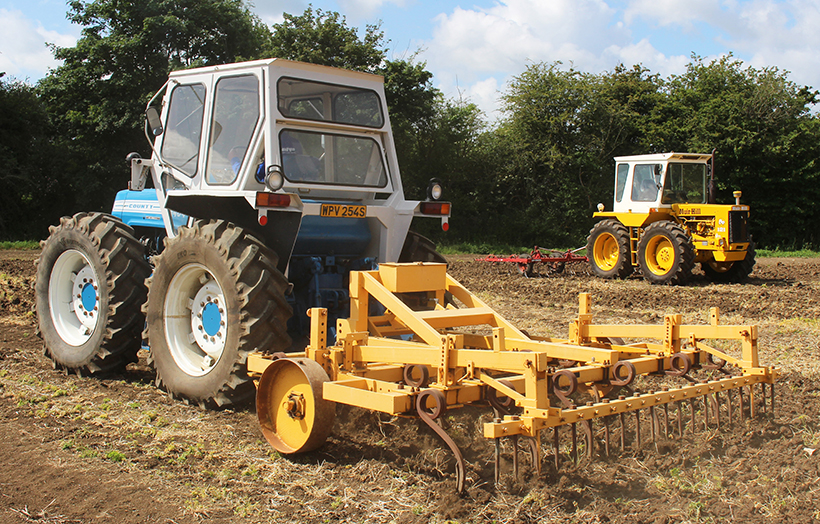 Once the flagship model of the County range, the 1454 was a 145hp tractor with bags of power and traction. The 132hp Muir-Hill 121 Series III in the background may have been less powerful, but it certainly looks just as impressive!

The event was a great success, everyone enjoyed themselves immensely and there were over 400 visitors through the gate. Just over £4,000 was raised for St Margarets South Elmham church, which was a brilliant result. It was amazing to see so many tractors all from one collection and in one place. 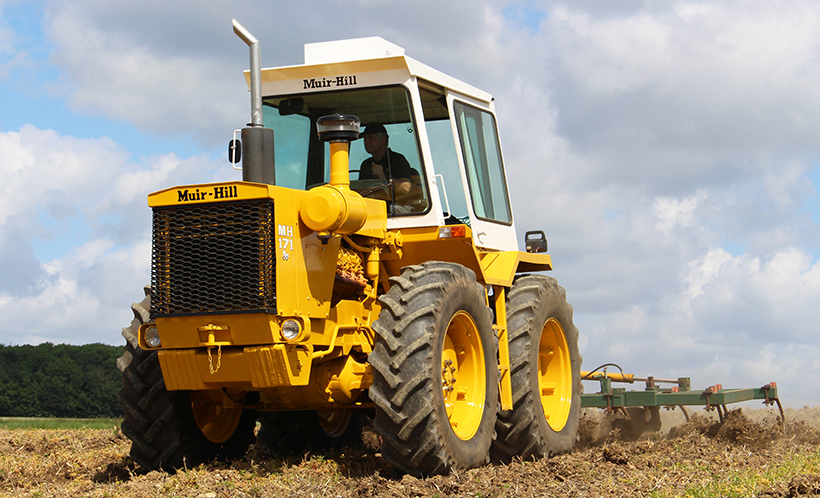 The mighty Muir-Hill 171, with its Perkins six-cylinder engine producing 177hp was, for a time, the largest tractor produced in Britain, only surpassed in 1980 when County introduced the 1884. The Riseboroughs have several 171 models in their collection, including both Series II and Series III versions, as well as examples of the earlier 161 model with a V8 engine under the bonnet.

Perhaps the most stunning sight – and the one that’ll live long in my memory, was the extremely rare chance to witness so many Muir-Hill tractors all together in one field. For so long overlooked among the ranks of four-wheel-drive Ford conversion enthusiasts, it’s perhaps about time that the big yellow machines from Gloucester gained some of the glamour that’s usually reserved only for the likes of County and Roadless tractors.

A Ford FW tractor never fails to turn heads at a working event, and this example of the later FW-60 Automatic from the mid-1980s driven by John Riseborough, was no exception. The Cummins six-cylinder engine barked and burbled nicely and also produced a satisfying plume of black smoke when throttled back. Built in the USA by Steiger, the Ford FW range was one of the most popular articulated tractors in Britain during the late 1970s and the first half of the 1980s. In fact, it was better thought of here than in the States, where many farmers preferred to buy a lime-green Steiger instead!

This feature comes from the latest issue of Ford & Fordson Tractors, and you can get a money-saving subscription to this magazine simply by clicking HERE 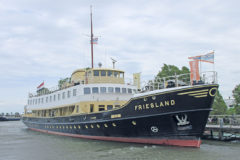 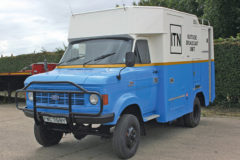