Val Moore reports from Ulster as a Crossley Brothers Heavy Oil Engine is started for the first time in its new home. 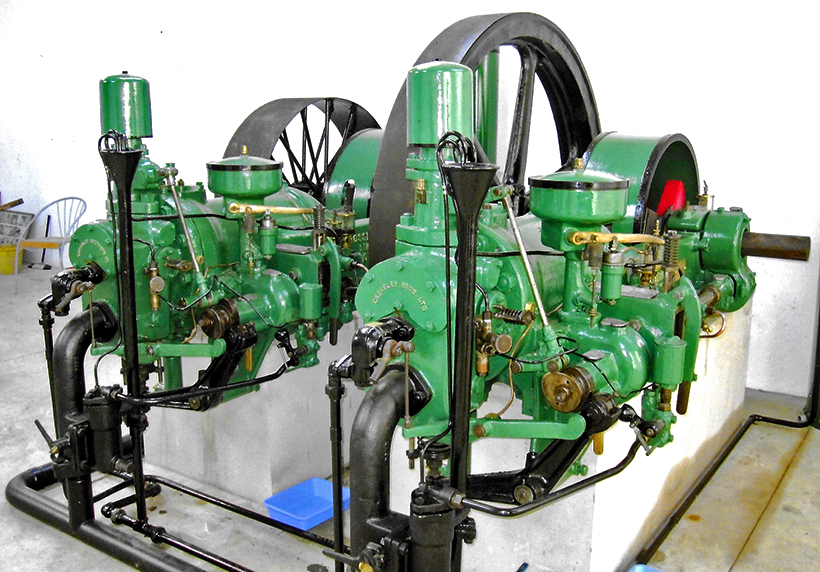 Crossley Brothers Heavy Oil Engine saved!: The restored engine. It just needs the plumbing to be completed and the job will be finished.

This large Crossley Brothers Heavy Oil Engine, type OE217, serial number 88058/9, was recently purchased by David Alexander from a collector in Co. Cork, Ireland, and relocated to David’s property in County Armagh, Ulster, where it will undergoing a full restoration. 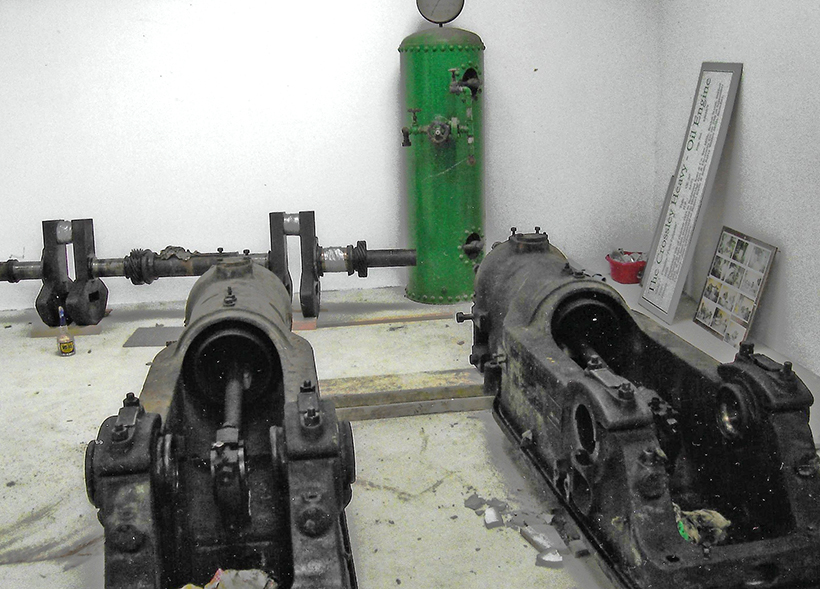 The engine has two individual cylinders, each with its own serial number.

Geoff Challinor, of the Anson Engine Museum in Cheshire, having checked with the Crossley Brothers sale ledgers, has been able to confirm that the engine was tested on September 27th, 1923, and dispatched to Redmond Sons & Co, Saw Mills, Roden Street, Belfast, on October 9th, 1923. The specification sheet for the engine stated that it was to be ‘arranged’ so that conversion parts could be fitted to allow it to operate, at a later date, on suction gas. 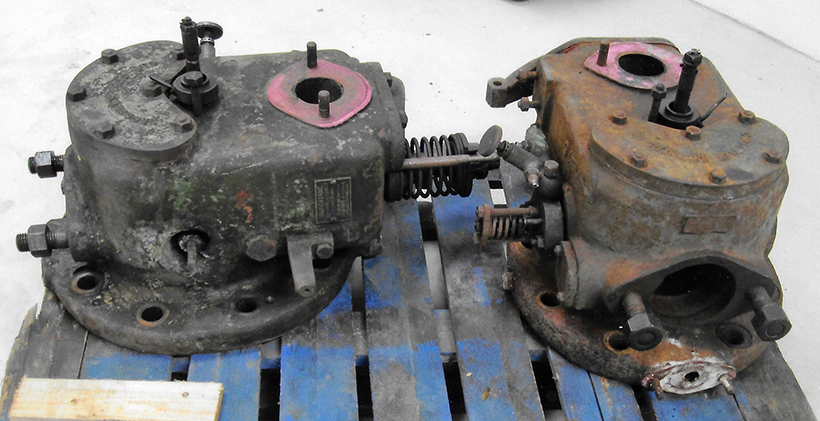 After just a couple of years in the ownership of Redmond & Sons, the engine was transferred to the Banbridge Gas & Electricity Company, on September 25th, 1925. Later, at an unknown date, it was transferred to Robert Eadie & Sons, Kerry Woollen Mills, Beaufort, County Kerry, Ireland. When the engine ceased work isn’t known at present but, in May 1940, the company made enquiries with Crossley Brothers, regarding the cost of a single cylinder liner; the price quoted was £13.10s.0d, plus carriage. 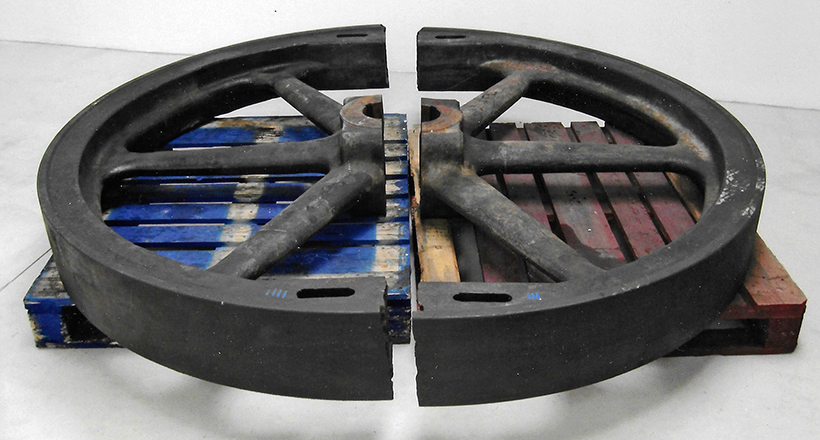 The size of the engine dictated that it had to be dismantled for transportation, and that included the six-and-a-half-foot diameter flywheel.

New owner
Having purchased the engine, David and a few friends travelled to Co. Cork to dismantle it into manageable pieces, and transport them back to County Armagh, where a thorough inspection was carried out before any restoration work was undertaken. The restoration work was fairly straightforward, and the engine has been mounted on concrete foundations of suitable strength for such a machine. 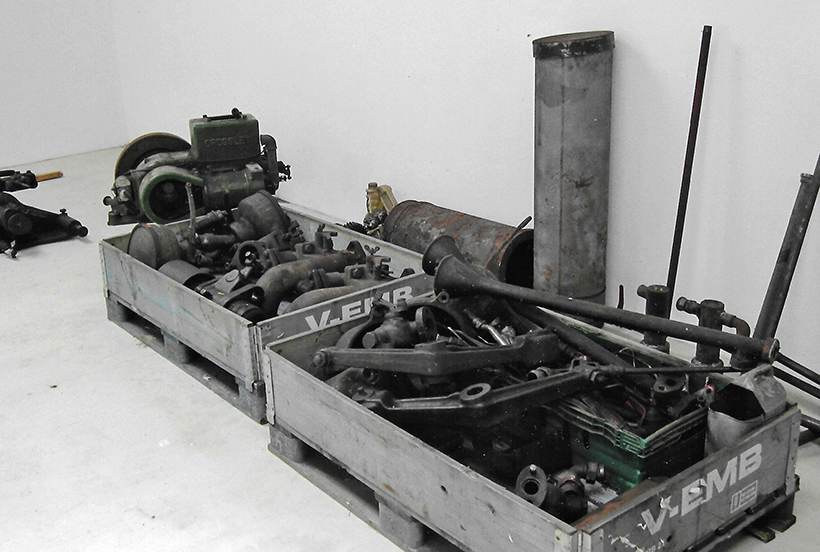 Here are two boxes containing some of the engine’s smaller parts.

I was privileged to attend the engine’s first test run, which took place in early November, 2020; alas, it didn’t start first time, the problem turned out to be a bit of debris under the air-start valves, and the problem was quickly rectified. There was, however, one major problem that day, we only had a small garage compressor which struggled to produce sufficient air to turn the engine. 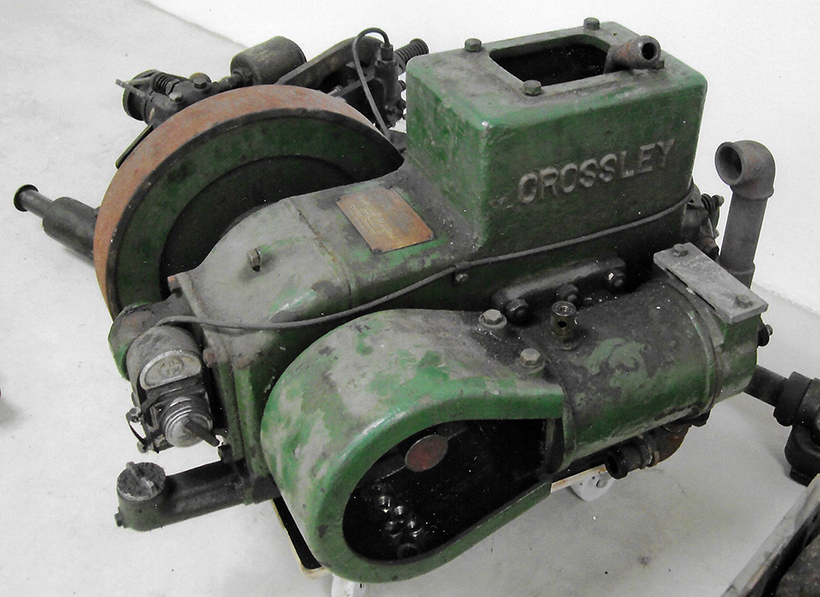 After with a bit of fiddling, though, and a good gas torch to heat the small heater plug to a cherry-red colour, the engine started and ran. The engine can be pulled over by hand and will luckily start on just 140psi air pressure, as that was all that the wee compressor could manage. When running, the air receiver can be charged using one of the cylinders on a ‘charge mode’. When I left that day, all that was needed was to install a suitable cooling system. 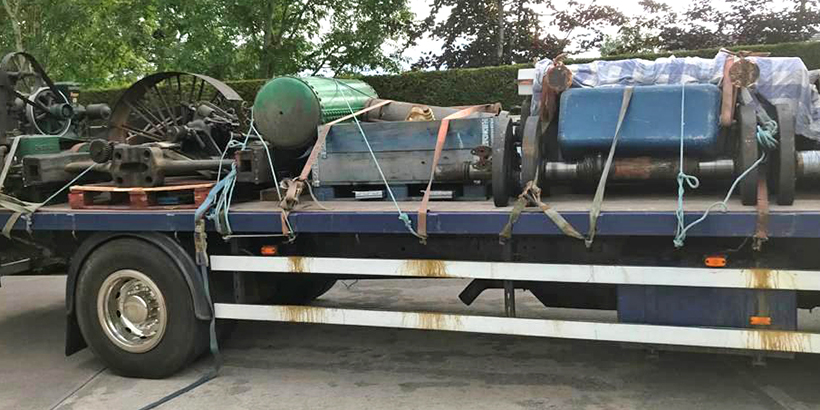 Everything loaded and ready for the journey to David’s property in Co Armagh.

Power starter
The engine wasn’t supplied with a stand-alone compressor engine for charging the air-start bottles; these would be charged using engine compression, once it was running. However, at some time in the past, a Crossley Brothers ‘Power-Starter’ had been acquired, and it came with the big engine. The ‘Power Starter’ consists of a type 1040 PHC engine rated at 3½hp, complete with a compressor. This engine, serial number 122072, was tested on November 2nd, 1936, and originally dispatched to Wallace Brothers of Wexford for charging the air bottles of a 2HD11 oil engine. David plans to get the ’Power Starter’ up and running for future start-ups. 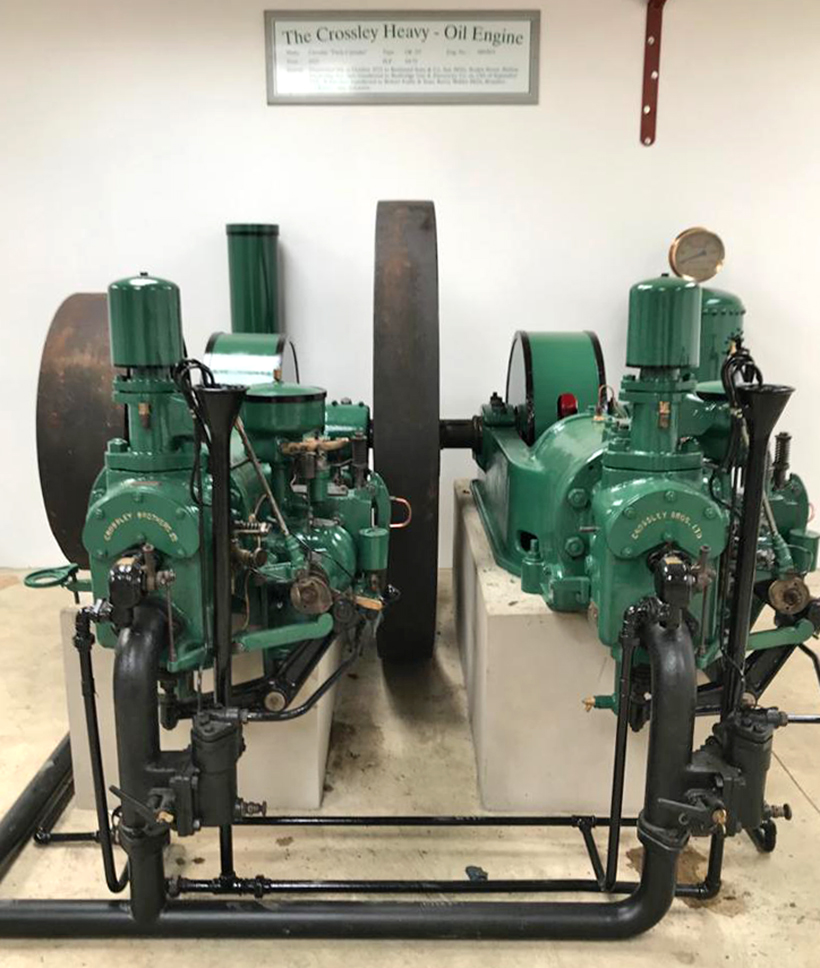 Head-on view of the restored engine in its new home.

The following measurements give some indication of the engine’s physical size: 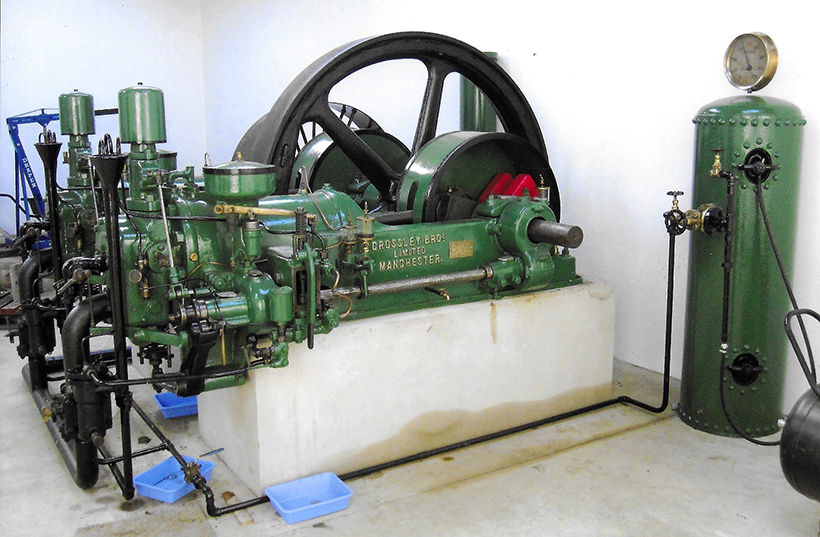 Another view of the finished engine. 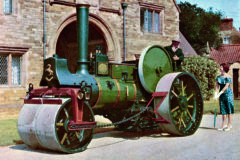 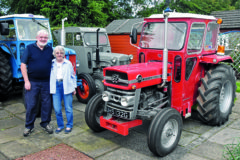