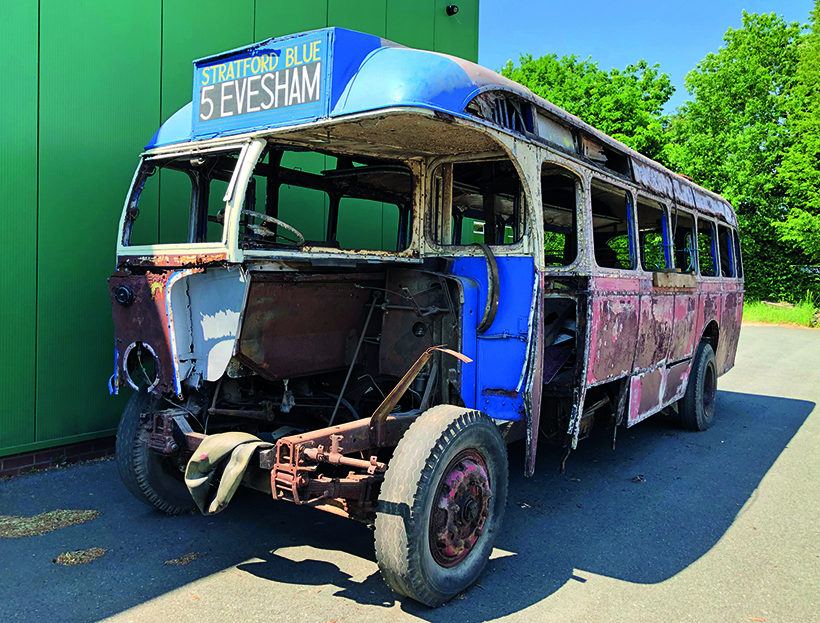 Free to a good home! This Leyland Tiger PS1 represents an ideal project for someone looking for a big, but very rewarding restoration challenge.

Transport Museum Wythall, based in Chapel Lane, Wythall – between Birmingham and Redditch – is offering its long-time-in-storage Leyland Tiger PS1 Stratford Blue single-decker bus free to a good home, with the only stipulation being that the vehicle’s preservation is continued.

The bus was withdrawn from service in 1960, and arrived at the museum during 1980s. By that stage, it was in very poor condition, and lacking its main running units. However, with a significant number of museum vehicles already on the list for rebuild/refurbishment, this Leyland currently sits at the back of the queue for attention.

As it stands, it represents an ideal project for someone looking for a big, but very rewarding challenge. The running units were built into a significant number of similar vehicles and so are likely to be available within the classic bus movement.

These vehicles were Stratford Blue’s first, new single-deckers. Ten Leyland Tiger PS1s were built with bodywork built to the standard design of the BET Federation, delivered in 1948-9. BET didn’t impose this design on its subsidiaries, but it was built by several coachbuilders for a number of companies.

The Stratford Blue vehicles were unusual, receiving Northern Coach Builders bodies. This example – GUE 247 – was delivered in September 1948 as fleet number 41, and was fitted with a 7.4-litre, E181 Leyland diesel engine. It was withdrawn in 1960, passing to a dealer in Cheshire and, eventually, finished up at Wythall in the 1980s, the chassis lacking its significant running units and with the body already in very poor condition before its arrival. However, the vehicle does still have its rear axle, prop shaft and one half shaft. What’s more, the bus has been kept under cover for most of its time at Wythall, to prevent any further deterioration.

The vehicle is offered free of charge to a new owner, but it will need low-loading to its new home. Interested parties should first contact Dave Taylor at the museum, by sending an email to: dave.taylor@wythall.org.uk

This 1948 Leyland Tiger PS1 Stratford Blue single-decker is being offered free of charge, as long as the new owner is committed to its restoration, and can low-loader it away. 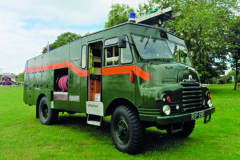 Goddess for the Century