The Royal Navy is facing operational challenges in the next four years, as the oldest, Type 23 frigates leave the fleet – four years before the first Type 26 warships enter service. The capability gap in the frontline fleet has been highlighted as a result of predicted ‘in-service’ delays to the Type 26 and Type 31 warships, which are replacements for the Type 23 Duke-class frigate force. 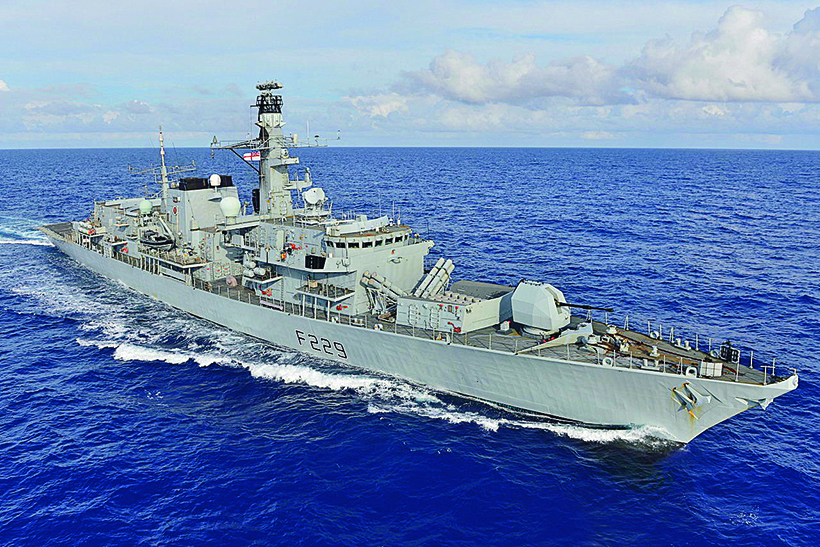 Operational challenges: HMS Lancaster, am raging Type 23 Royal Navy frigate, is due to be retired in 2023.

Plans to build the 6,000-tonne, revolutionary, Type 26 and Type 31 replacement ships, which cost £250 million each, was first announced in 2000, with the decision to build eight T26s and five, smaller T31 frigates. These ships will replace the 13-strong Type 23 warships currently in service. But construction of the T26s only started in 2017, and work on the T31s is about to commence.

Construction on the first two Type 26 frigates – HMS Glasgow and HMS Cardiff – is understood to be on schedule, but the planned delivery date for the first two T26s will be 2027 – four years after the oldest of the Type 23s, HMS Lancaster and HMS Argyll are due, on current planning, to retire in 2023, cutting the force to just 11 warships. The delay in the new warships will be at its peak in 2035-2036, when the Royal Navy will be reduced to just nine frigates as it awaits the completion of the final Type 26 and 31 frigates

Former First Sea Lord, Lord Alan West, has regularly expressed his concerned at the fleet’s lack of frigates, and its ability to sustain a high-level of UK coastal security and fishery protection. Speaking in the House of Lords in early 2020, the former naval officer – who commanded a frigate in the Falklands war – said: “We have 80,000 square miles of water to look after and, as experience shows, that sometimes goes wrong; some 28 frigates were involved in the Cod Wars. As an aside, I gather that the Government is reducing our number of frigates to nine by 2036, which is a bit of a shock.”

The arrival of the first T26 frigates in 2027 has been confirmed by Sir Stephen Lovegrove, the permanent secretary at the Ministry of Defence, in a published letter he sent to the public accounts committee. Aware of the pending delay of the new ships, the Royal Navy commenced a fleet maintenance programme for the Type 23s several years ago, known as a LIFEX – life extension. The rotation of Type 23 frigates through this two-year career-extending overhaul, has added pressure to the operational availability of warships that must also meet other routine maintenance periods and Flag Officer Sea Training programmes.

Although for a very short period, the number of ‘active’ frigates and destroyers shrunk to just 15, with five Type 45 destroyers alongside for maintenance and refit, and 10 Type 23 frigates in port, undergoing major refit or minor maintenance, with at least two preparing to rejoin the surface fleet.

Just one destroyer, HMS Defender, was listed as ‘active’ and she was deployed in the Persian Gulf while the five remaining Type 45 ships were all in Portsmouth. The frigate force listed just three frigates, HMS Westminster, HMS Sutherland and HMS Montrose, as ‘active’, with the remaining 10 posted as undergoing overhaul, laid up or waiting to rejoin the fleet.

The fleet needs frigates to provide anti-submarine protection for the new carriers, while the destroyers provide defence against air attacks. Last month, HMS Richmond completed her refit and, along with HMS Lancaster, she will start sea trials and training to rejoin the fleet within the next six months.

Bob Simpkin, who served on Type 23 frigates before leaving the navy two years ago said: “The fleet is in a pickle, we are short of sailors and, in no time, we’ll be short of frigates, so can it get any worse? The MoD has announced that the Type 23s will start to leave service in 2023, four years before the new ships arrive, and it’s clear that the frigate fleet will sink to nine as the ships retire before it recovers in 2036. It’s just bonkers!

“What happens if something happens tomorrow because, as I understand it, we have just two frigates that are available for active duty. Nelson would turn in his grave and we should be ashamed. Since it first entered service, the Type 45 destroyer has suffered a power failure problem, and all six of them are due to have new generators fitted, with HMS Dauntless about to move to Birkenhead for her upgrade.”

In 1992, just 10 years after the Falklands War, the Royal Navy had a frontline fleet of 53 warships, consisting of 13 destroyers and 40 frigates, in service. But in 1991, after the Berlin wall was dismantled, the government cut the number of major warships to 40, then reduced it further, in 1998, to just 32. Finally, despite widespread objections, the force was chopped again in 2010, leaving today’s fleet with just 19 frigates and destroyers. 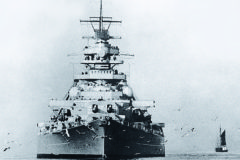 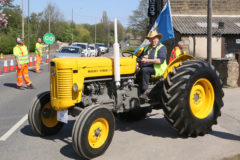