We report on the welcomed return of the Saunders collection’s Christmas Road Run, and the wonderful steam-powered vehicles that took part. 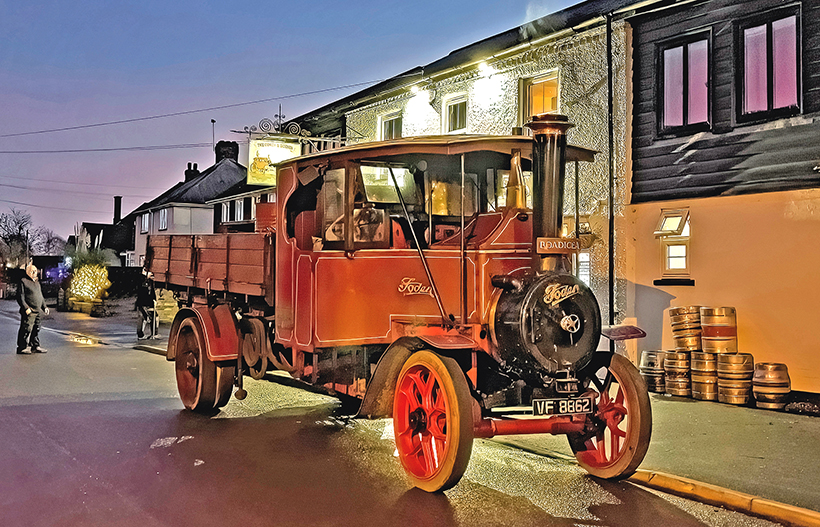 Saunders collection’s Christmas Road Run: The Foden 6-ton steam lorry No.13708 Boadicea of 1930, leaves the Coach and Horses in Stotfold, at the end of a marvellous day.

After an enforced break in 2020, the Saunders collection’s Christmas Road Run returned in 2021, with a fine selection of the Saunders fleet heading out onto the road on the Wednesday between Christmas and New Year. 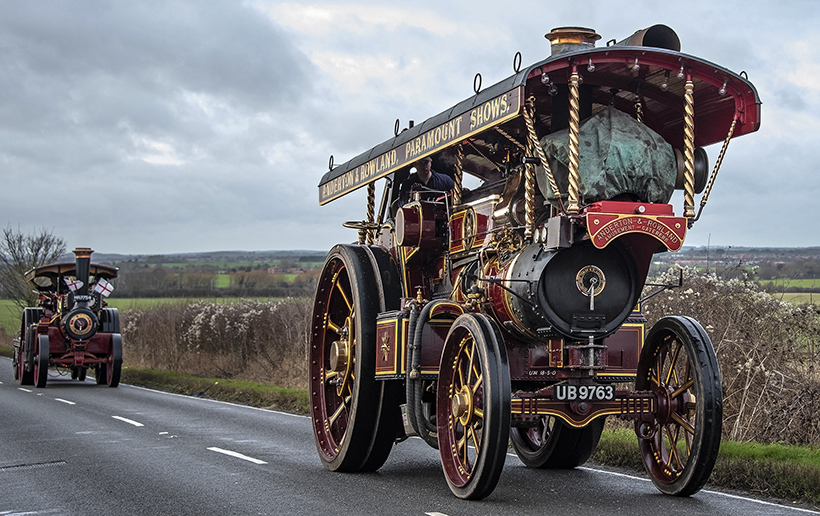 The circular route from Stotfold took the engines through the Herts/Beds villages of Arlesey and Letchworth, and finished at sunset at the Coach and Horses pub in Stotfold. 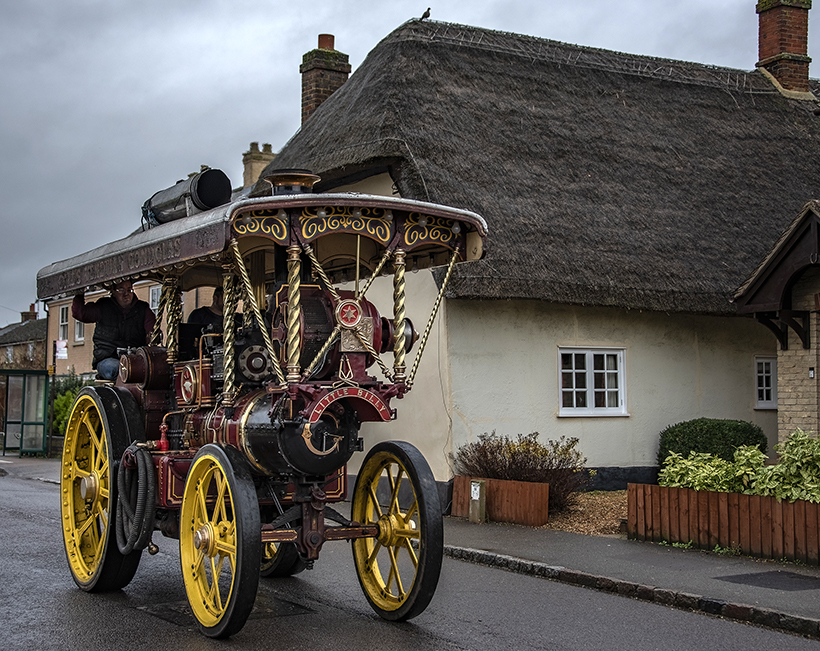 Garrett no.33566 Little Billy of 1919 passes through Arlesey village.

Making its first appearance on the run was Fowler B6 Super Lion no. 19782 The Lion of 1932, and a fine sight it made sitting outside the pub as the sun went down. This year’s route included the long climb up Arlesey New Road, which produced some superb sound effects from the participating engines. 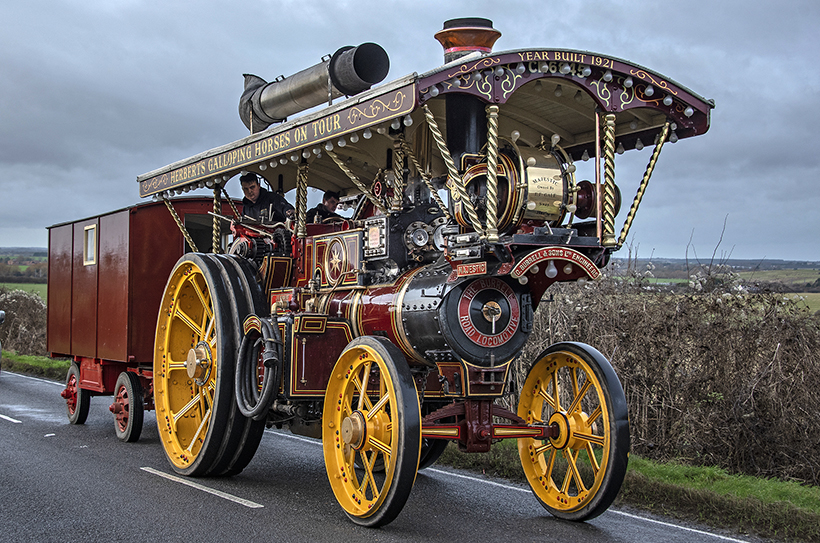 Alex Saunders at the controls of Burrell no.3890 Majestic of 1922, with living van in tow, near Letchworth. 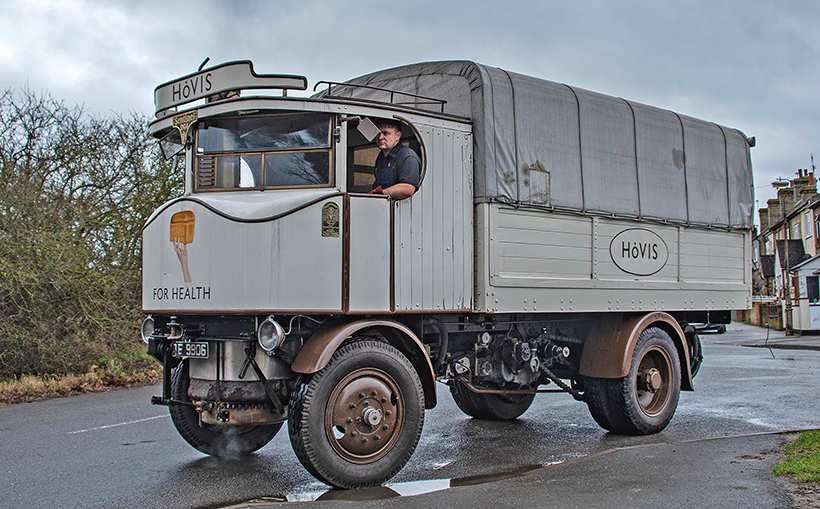 Sentinel DG4 8084 of 1929 enters Arlesey village, just after a heavy shower of rain. 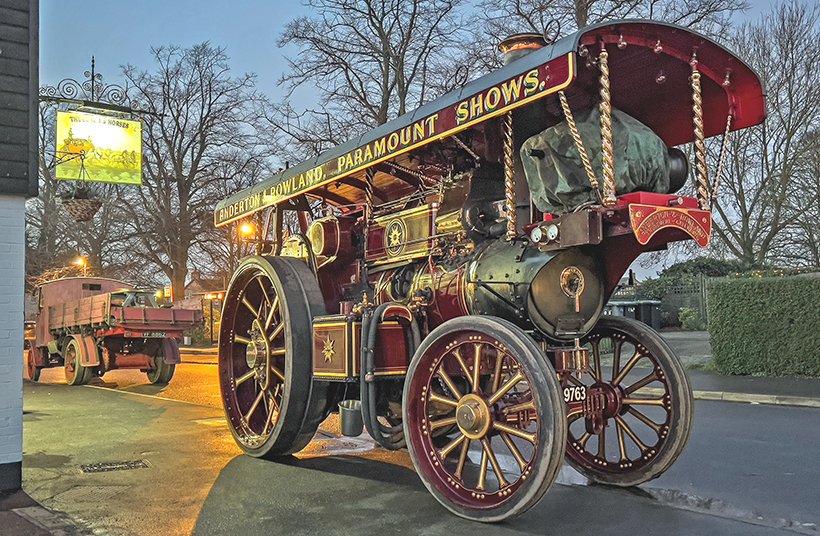 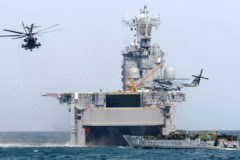 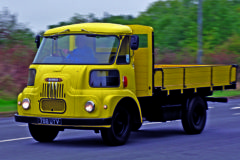