David Warren reports on the day that the Sentinel steam wagons rolled back the years on site at which they were built, back in the 1930s. 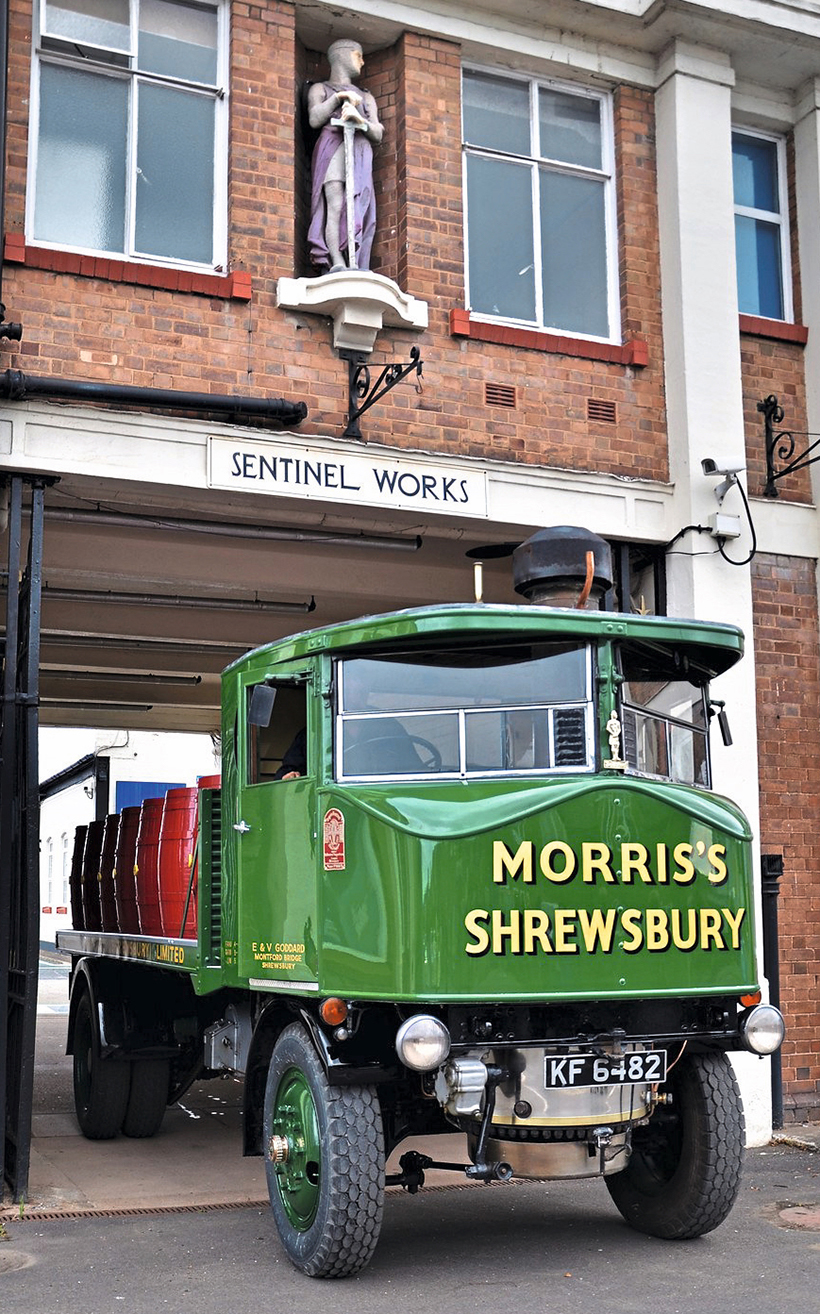 Sentinel steam wagons: The 1066 Norman knight insignia of Sentinel stands at the head of affairs, as Sentinel DG4P No.8571 appears at the entrance. (Pic: David Warren) 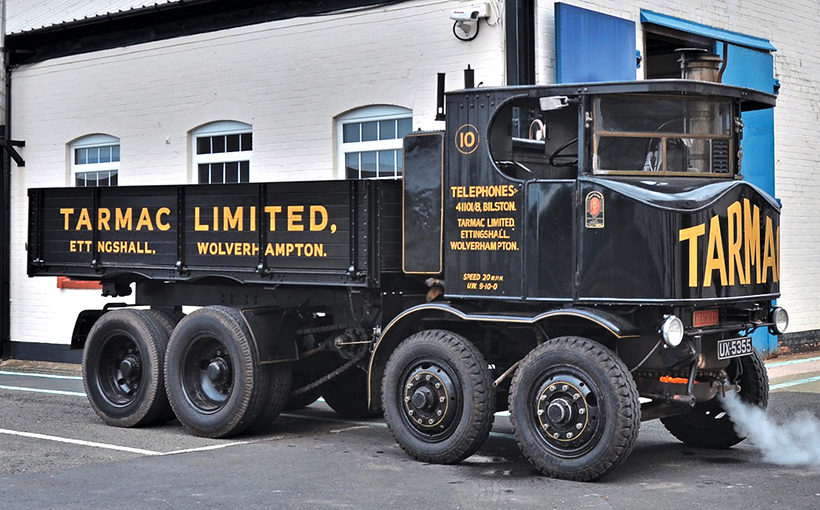 The mighty 1929 Sentinel DG8P Hercules No. 8016 ambles around the works where it was built. (Pic: David Warren)

It was in November 1956 that the Sentinel Waggon Works was sold to Rolls-Royce and it was here, in 1971, that the last industrial Sentinel diesel rail locomotive left the works. From then on the works would concentrated on Rolls-Royce Eagle diesel engine manufacture of which, in some cases, the designs were good and others not so good. Perkins of Peterborough purchased the Rolls-Royce diesel engine division in 1990 which, in turn, became owned by Caterpillar Inc in 1997. 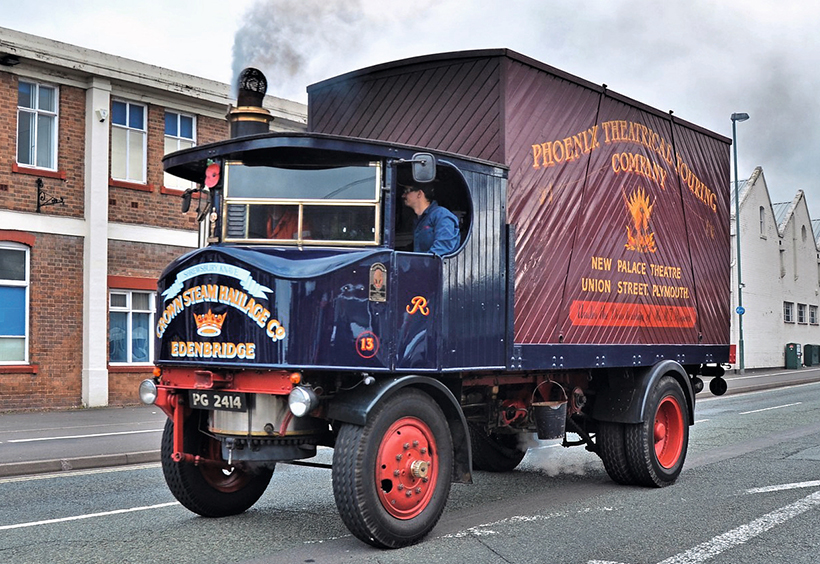 Super Sentinel No. 7954 powers past the entrance to the Sentinel Waggon Works. (Pic: David Warren)

Part of the old works was demolished to make way for a new supermarket in the early 1990s, while other parts were sold to Doncaster Engineering. Then, it was in 2017 that local company Morris Lubricants purchased the site. For some of the Sentinels, this was the very first time they had been back to where they’d been built, so it was a poignant occasion for many. 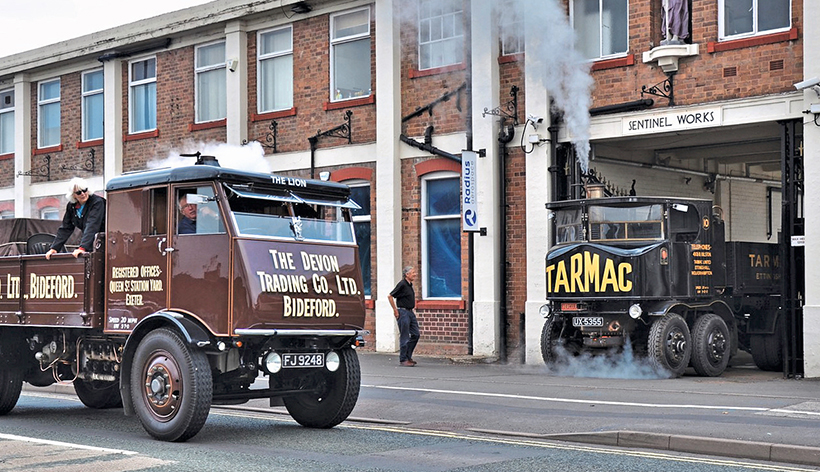 In and out: the lovely, Derek Gransden-restored, 1933 Sentinel S4 No. 8850 The Lion passes the S8 at the old factory’s front entrance. (Pic: David Warren) 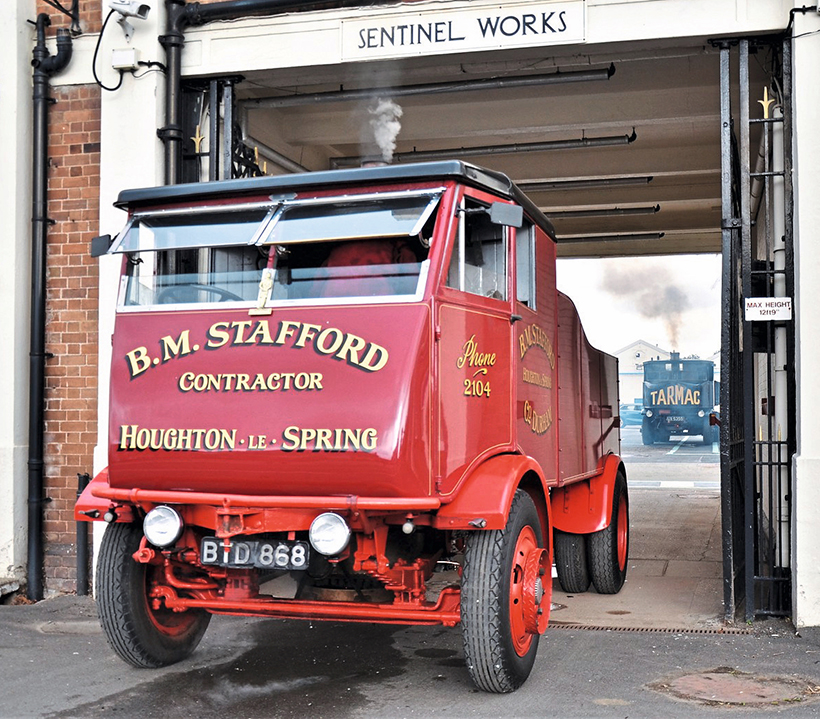 Another to join the fun at the Sentinel Waggon Works in Shrewsbury was 1936 Sentinel S4 No. 9278. (Pic: David Warren)

This event report comes from the latest issue of Old Glory, and you can get a money-saving subscription to this magazine simply by clicking HERE 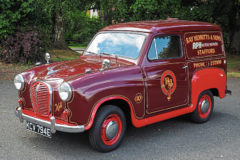 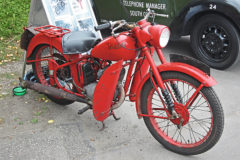