The Federation of British Historic Vehicle Clubs has been supporting its member organisations with guidance throughout the Covid-19 pandemic. With the publication of the results of last month’s survey into the effects of pandemic upon historic vehicle clubs, the FBHVC is able to factually assess the impact of Covid-19 on the club community. 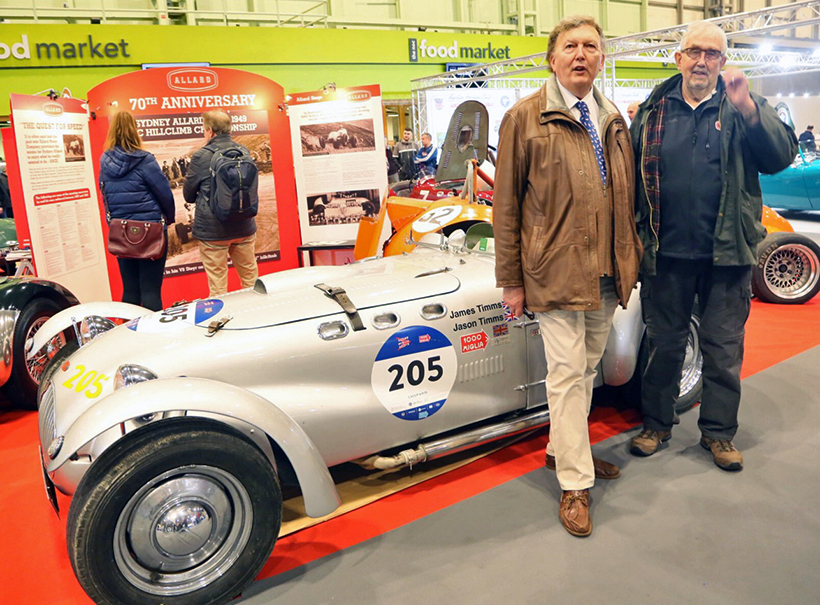 The FBHVC works closely with the Rt Hon Sir Greg Knight, chairman of the All-Party Parliamentary Historic Vehicles Group, who is also an Allard owner. Here he’s seen visiting the award-winning Allard Owners Club stand at the 2019 NEC Classic Motor Show, with Darell Allard. Some 71,000 people attended this event at which the FBHVC has a large presence. (Pic: Peter Love)

The results represent responses from nearly half of the 540 member organisations of the FBHVC. David Whale, FBHVC chairman saidL: “It was important for us to ensure that we understand the challenges that our historic vehicle clubs are facing in order to ensure that we’re working in the right directions to support them. It’s been impressive to discover just how creative and quick to adapt some clubs have been to keep their members engaged and supported throughout these difficult times.

“Clearly, though, there are some concerns over the future of finances within some clubs, so it’s now that members should rally and support their clubs where possible, to secure a healthy future for the historic vehicle movement on the ‘other side’.”

Financially-speaking, 53% of historic vehicle clubs have reported that, so far, their finances have not been affected. However, 40% are expecting a decrease in membership as a result of the pandemic’s restrictions on social events, and the difficult personal circumstances experienced by club members. A small proportion (26%) have made – or are considering making – special arrangements concerning subscriptions in the future. Events have been hard hit, with an incredible number of cancellations. Over 10,000 club social gatherings and events have been cancelled during the past three months, in a list that ranges from major national fixtures, to local area meets.

The vast majority of clubs (69%) have been forced to cancel their major, annual rally amidst concerns over managing social-distancing requirements, and the reluctance of many to attend potentially crowded venues in the near future.

The cancellation of these events is responsible for the concerns of many of the clubs that reported expected financial impacts from Covid-19. Overall, the survey respondents reported that clubs have significantly increased their activities on social media, online content creation and video conferences.

Many clubs also stated that they’re taking special measures to keep in touch with older members, demonstrating that clubs have really rallied around to care for the more vulnerable among the historic vehicle community. The extra time afforded by lockdown has had some positive side effects, however, with clubs reporting that, within their membership, there’s been strong evidence that many members have used the extra time to restart stalled restoration projects. Clubs have reacted to this by offering technical advice lines as well as spares groups and other support features for members undertaking restoration projects.

Communication has been a key focus for most historic vehicle clubs with many turning to the digital space to fill the void left by the lack of social gatherings and events. Just some of the initiatives reported back to the FBHVC included e-newsletters, regular social media content and daily online articles. A couple of clubs have even created a podcast series to entertain club members, and share fascinating interviews with the wider, historic vehicle world.

Print has remained crucial. Many clubs have increased the page count of print magazines, and produced more long-form articles within them. This has made up part of a strategy to ensure that vitally important club magazines were able to entertain and inform in equal measure. To keep the social interaction high within clubs, FBHVC member organisations have used video conferencing extensively, by utilising platforms such as Zoom, Skype and Microsoft Teams.

Clubs have held virtual events, broadcast guest speakers and even held ‘virtual pub quizzes.’ But the one-to-one nature of clubs has not been lost either, with many creating groups on Whatsapp to keep in touch with friends, and ensure that one-to-one phone calls are made regularly to check on how members are coping, and to offer support where needed.

The survey also revealed some of the attitudes to the medium- and long-term future of club activities. Regarding events, 61% of clubs are still hoping to hold some sort of events later on in the year, a move also echoed by Clarion Events, which confirmed its intentions to proceed with the November NEC Classic Motor Show.

A number of clubs are holding online Annual General Meetings, despite relaxation of Companies House rules on the requirements for AGMs. Only 35% of clubs responded to say that they were not taking any special action in the future to support members. A full summary of the results is available online at: fbhvc.co.uk 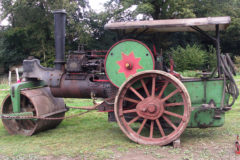 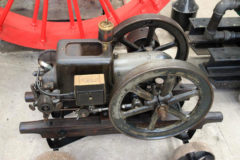