We report from the stunning Strumpshaw Show which was a real treat this year, with fantastic, interesting and unusual exhibits galore! 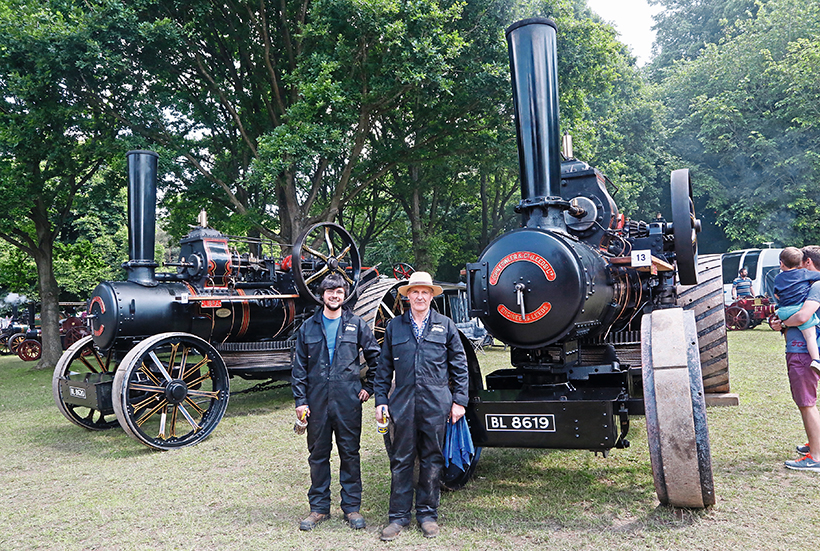 The stunning Strumpshaw Show: The ex-J W Desborough & Sons 1919 BB1 two-speed drum-ploughing engines No.15340/1 Aries and Libra of the Keartons, seen back on the site where they were stored for nearly 40 years.

This event takes place on the site of the Strumpshaw Steam Museum, just outside Norwich. The museum has varied exhibits as well as steam machines, major fairground rides, a raft of Field Marshall tractors, pumping engines, even a historically-important Cagney 4-4-0 miniature railway locomotive, and is well worth a visit. 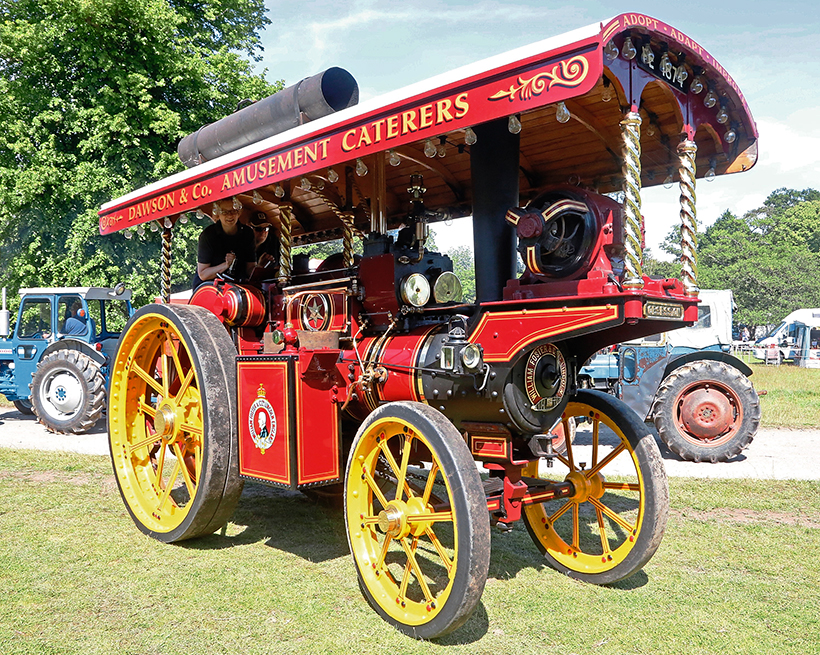 1915 Foster No. 14205 Showman’s Obsession was new to J Lockley of Maulden, Bedfordshire. This superb-looking engine was brought together in 1999, and is owned by Mathew Sheldon.

The site was packed with just about everything, especially punters, over the Platinum Jubilee Bank Holiday weekend (June 2nd-5th). The Norfolk Steam Engine Club was formed in 1959 and held annual rallies at Woodton Old Hall before moving to Strumpshaw in 1970, continuing to 1992. The first rally to be hosted by the Strumpshaw Steam Museum was in 1993, run by farmers and agricultural contractors Wesley Key and his son, Jimmy. Wes died in 1995 and Jimmy in 2006, with his memorial service fittingly held on the rally field. Jimmy’s son, William, took over, with the rally being organised by Paul Worbey, who’s family was exhibiting at the 2022 show. Then, when William died in 2015, Mike Curtis and Carol Lee became the organisers. 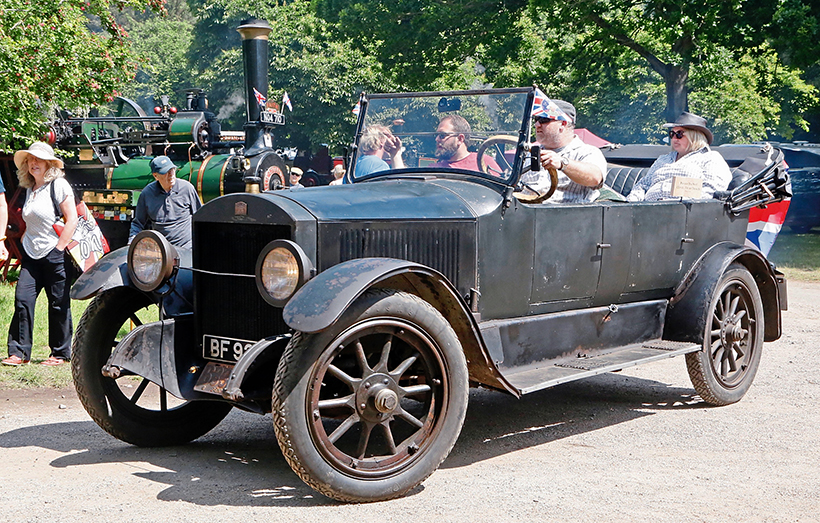 Making its rally debut was this wonderful 1921 Stanley 20hp (No. 21088). The steam car has a very interesting history, and has been with the current owners since 2019. It’s had a new boiler and the engine overhauled.

In 2021 this couple handed over the reins to Stuart Hines, and Carol Lee will now be concentrating on the autumn event here. Jimmy’s sister, Kiki, and her husband, Kurt, have supported the rally since the early days of Woodton, and she was the cashier for many years, using a caravan next to the beer tent as her office.

The museum and rally couldn’t have continued over the years without the terrific support of the volunteers, and the event raises essential funds for the running and maintenance of the museum, which also hosts charity fundraising event. 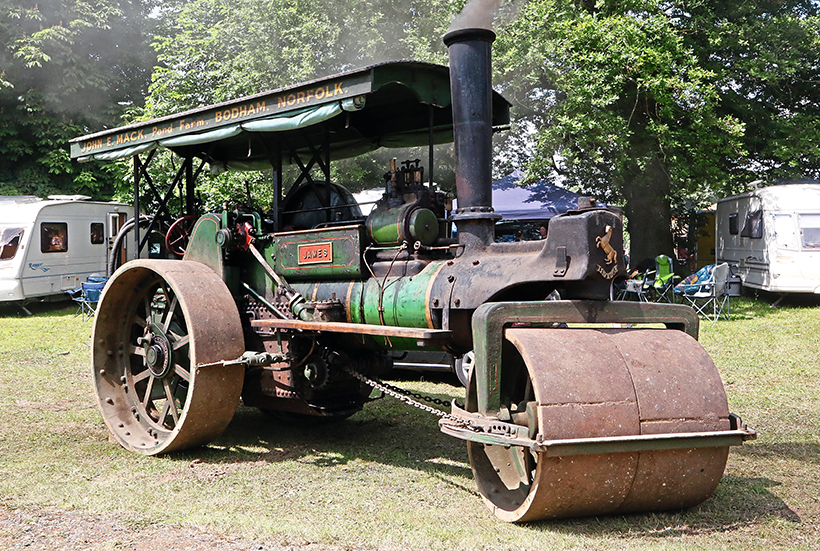 There were a number of interesting new sights at the show this year, with the Davenports debuting their 1936 Sentinel S4 No. 9276 (DKN380), that was new to Wingham Engineering Co, in east Kent. That company used it as fleet No. 72 on brewery haulage for Whitbreads, and it was replaced by one of a fleet of Bedford OLD 5-ton lorries, mostly fitted with Perkins P6 diesel engines. The waggon worked into the early 1950s before being sold to Hardwicks of Ewell. It was later sold to John Keeley, of Reading, who showed it at his famous early events in the 1950 and ’60s, before it was taken off the road during the mid-60s.

The waggon was sold at Cheffins’ May 2016 Keeley sale, changing hands to the Davenports. They have totally rebuilt No. 9276 to a very high standard, and it looked a real delight in the Strumpshaw sunshine. 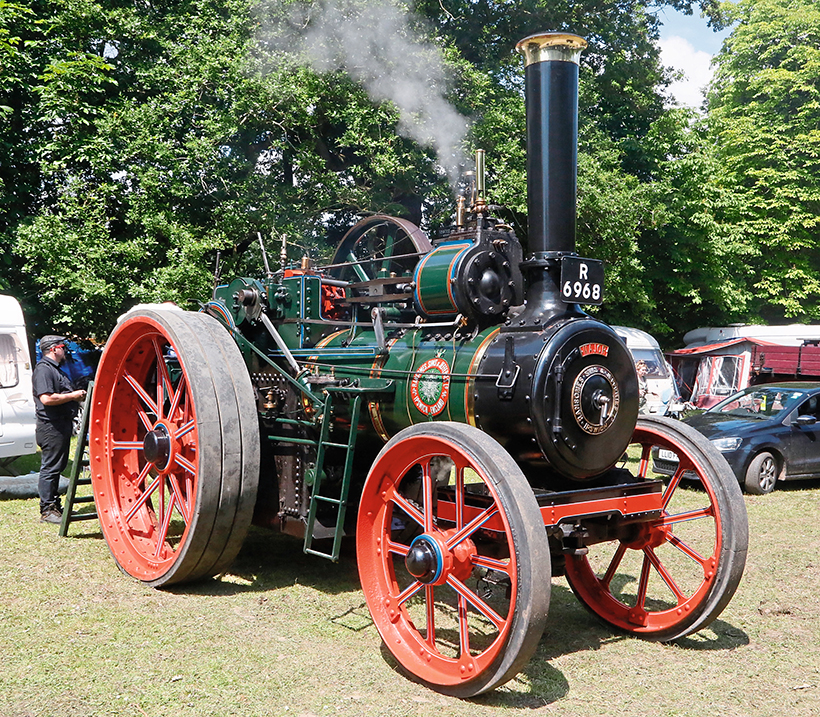 Bought by the Groom family in 2018, 1919 7hp Ransomes, Sims & Jefferies No. 3004 traction engine Major carries larger rear wheels to work in the Fens.

On the crossroads stood Anne and Rob Kearton’s wonderful, 1919 Fowler BB1 two-speed drum-ploughing engines Nos. 15340/1, BL8619/20 Aries and Libra. Rebuilt by Alex Sharphouse and team in Cumbria, the engines looked superb and have been ploughing together since they were completed in 2019. 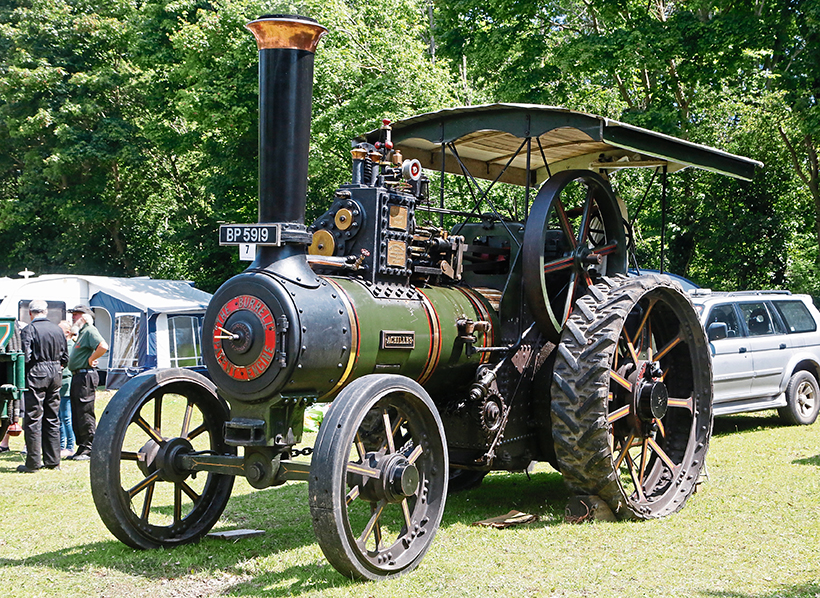 1910 Burrell single-crank compound 7hp No. 3201 Achilles which worked for James L Penfold until sold in 1954 and now with Clive France.

They were new to Robert J Holland & Sons, Brightwalton, Berks, and later William Reynolds in Bedfordshire being used in the 1930s by JW Desborough & Sons of Wiggenhall, St Mary Magdalen, Norfolk. The engines were sold in 1975 to Wesley Key from Strumpshaw Hall who never got around to restoring them. In April 2014 the Keartons bought them at Cheffins’ Cambridge Machinery sale, and their return to Strumpshaw was appreciated.

Winner at the previous week’s Woolpit Rally was the Bush family’s 1924 Fowler No. 12760, Rosemary.

The other star in the steam section was the 1921 Stanley 20hp steam car (No.21088). It’s suggested that the car was with Ron Ziesemer in 1943, and was used for racing/time trials on the east coast of the USA. What is known is that it was sold at Hershey, Pennsylvania, possibly in October 1983 or ’84, to Ghislain Mahy in Belgium, for his museum, but was in the reserve section. 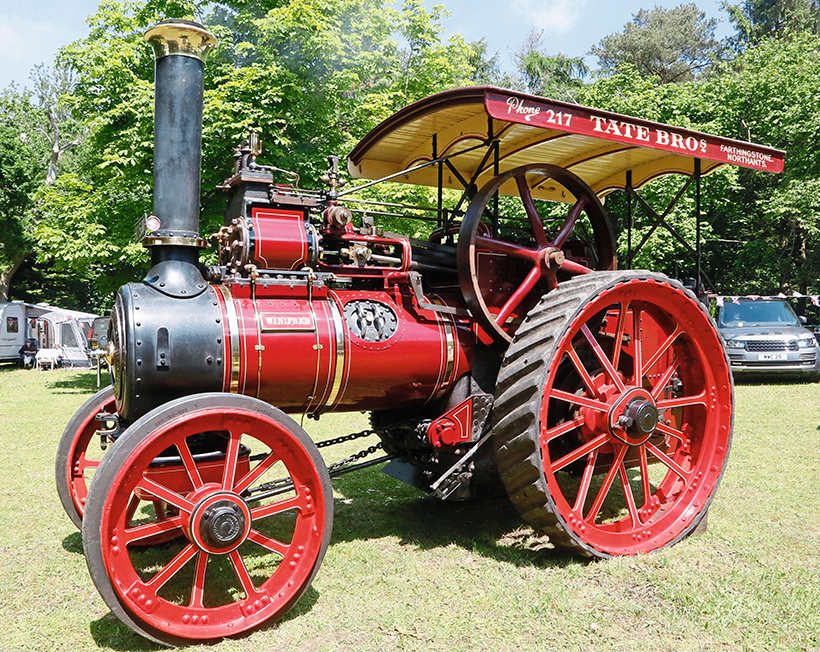 The Smith’s 1905 Marshall 6hp compound traction engine No. 43560 Winifred was with the Fensom family for many years.

It was moved on to Chris Wedgewood on the Isle of Man, then to Stuart and Kim Hart in November 2019. A new boiler was fitted, and the engine was overhauled together with the auxiliary components – and there are many! The interior and bodywork was sympathetically restored, and the finished vehicle was certainly an eye-popper at this show. 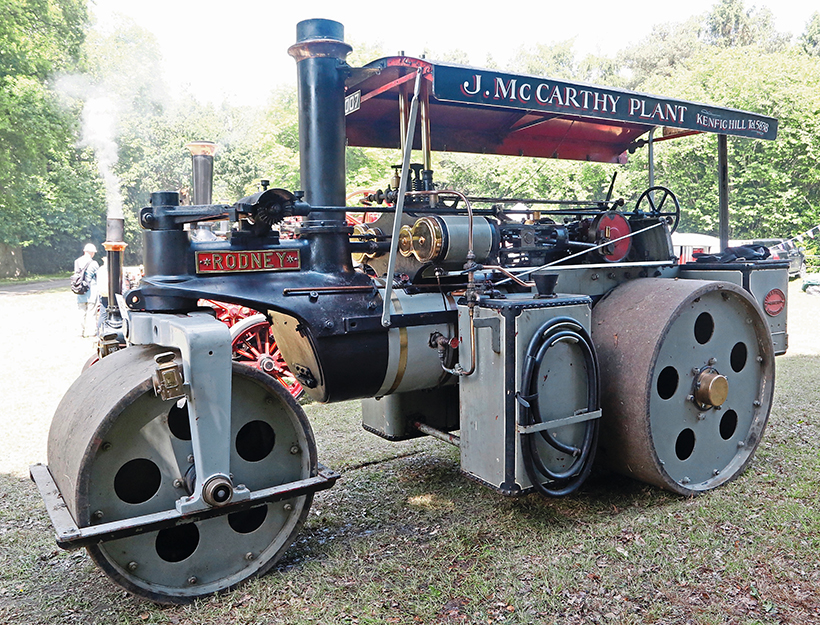 Sold at the Welland Steam & Country Show in 2016 and now with Clifford and Tom Austin, this 1927 Wallis & Steevens 10-ton Advance No. 7943 Rodney was new to Basingstoke Rural County Council.

Besides the many steam engines – both full-size and miniatures – there was over 100 tractors on display. A number had to be turned away as there was unfortunately ‘no room at the inn’. Yes, it really was that busy! As always, there was an infectiously friendly atmosphere at this event, particularly in the tractor section run by Dave Filby. 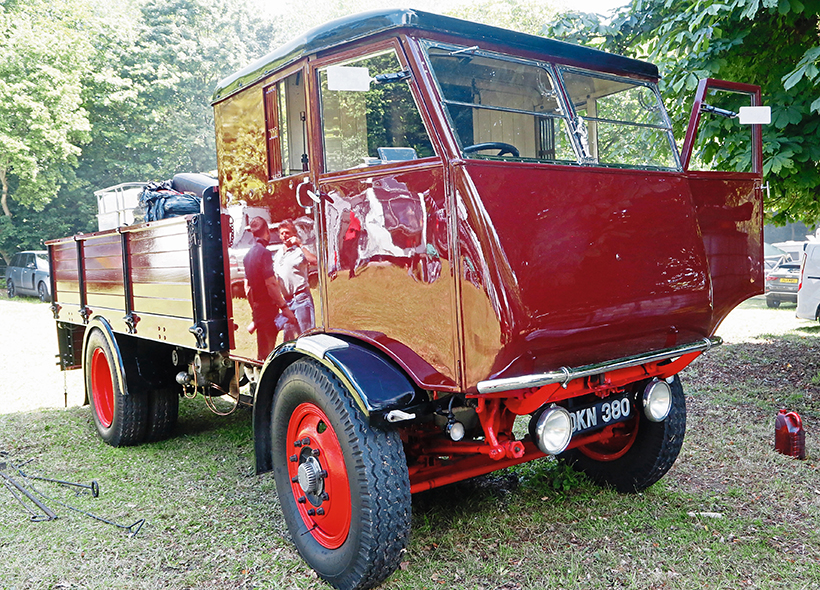 Making its debut at the show was the Davenport family’s 1936 Sentinel S4 No.9276, which had come from the 2016 Keeley sale. It looked a stunner after a total rebuild.

Although there was a great line-up of Allis-Chalmers, Case, County, David Brown, Ferguson, Field Marshall, Ford, Fordson, JCB, IHC, Massey Ferguson, Nuffield, Roadless and Zetor machines, surprisingly there were no John Deeres; especially odd given that this area had a number of two-cylinder examples in working times. 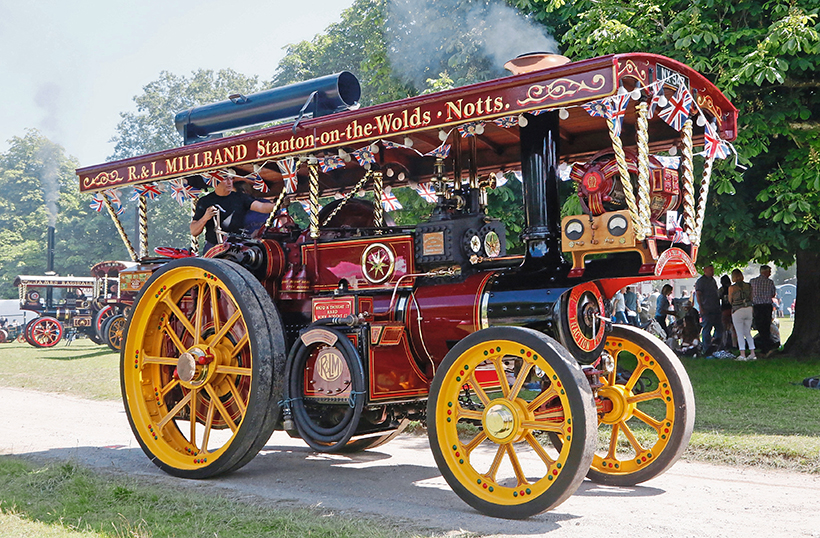 Burrell No.3894 Saint Brannock looks the part, and was converted by TW Gascoigne to a showman’s engine in preservation many decades ago. 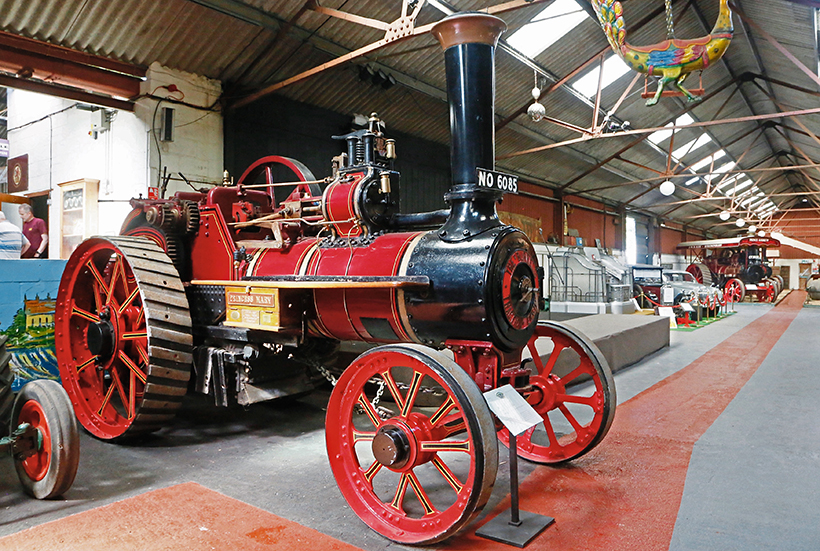 The museum gets ready for the day ahead, as 1922 Burrell No. 3924 Princess Mary waits for its visitors.

As always the working section in the top field was a great feature, with the 1923 Aveling & Porter living van at its hub. Keith Grimsay’s 1957 Bristol and 1967 PD with angle blade really stood out. Michael Wright’s collection featured his 1956 Fordson E1A Major industrial in its working clothes. He was also showing a Fowell dumper, Jones KL15 yard crane, Wallis & Steevens OFU Advance 3-ton 2B5 roller and others from his fine collection. But there was also much more in this area to enjoy, including Keith and Liz Grimsay’s 1924 Burrell double-crank compound Leader (No. 3994). 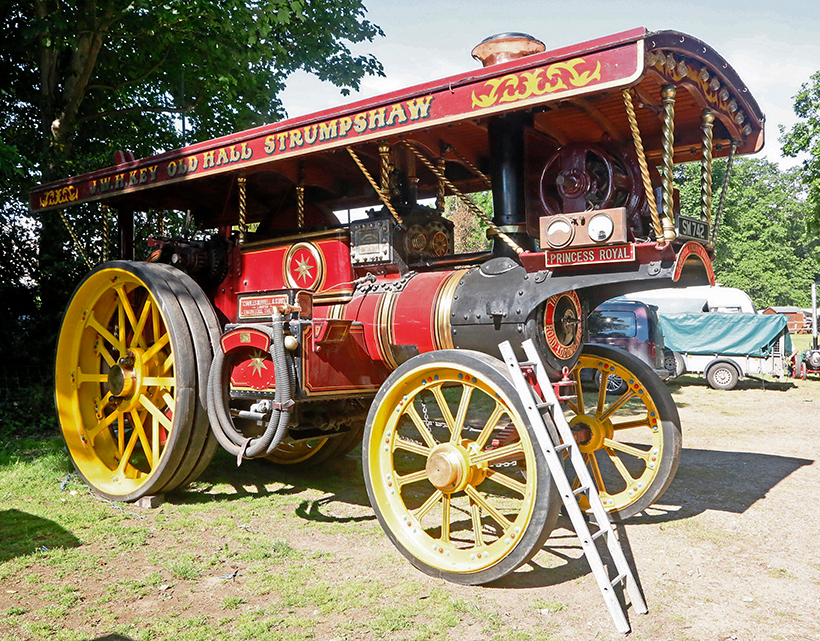 Princess Royal was missing Chris Spinks who sadly died on May 4th, 2022 – he had looked after the engine so well over the decades.

All-in-all this was a thoroughly enjoyable show of the highest order organised, for the first time, so well by Stuart Hines. 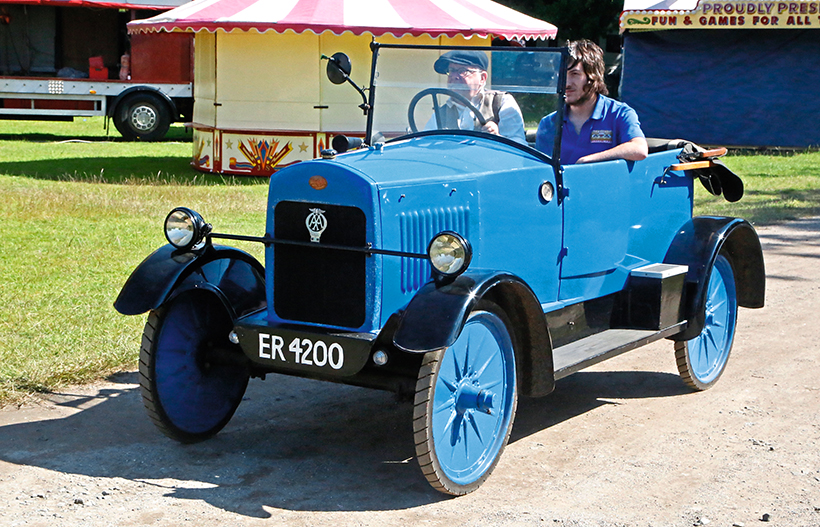 We are all into economy driving nowadays – perhaps we need a two-stroke Trojan from the 1920s!

This event report comes from a recent issue of Old Glory, and you can get a money-saving subscription to this magazine simply by clicking HERE 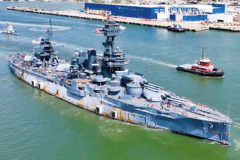 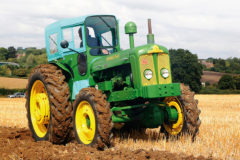