Despite the disruptive, February weather in Worcestershire, visitors flooded to Malvern for Tractor World Spring which, as Tony Hoyland reports, turned out to be a great show. 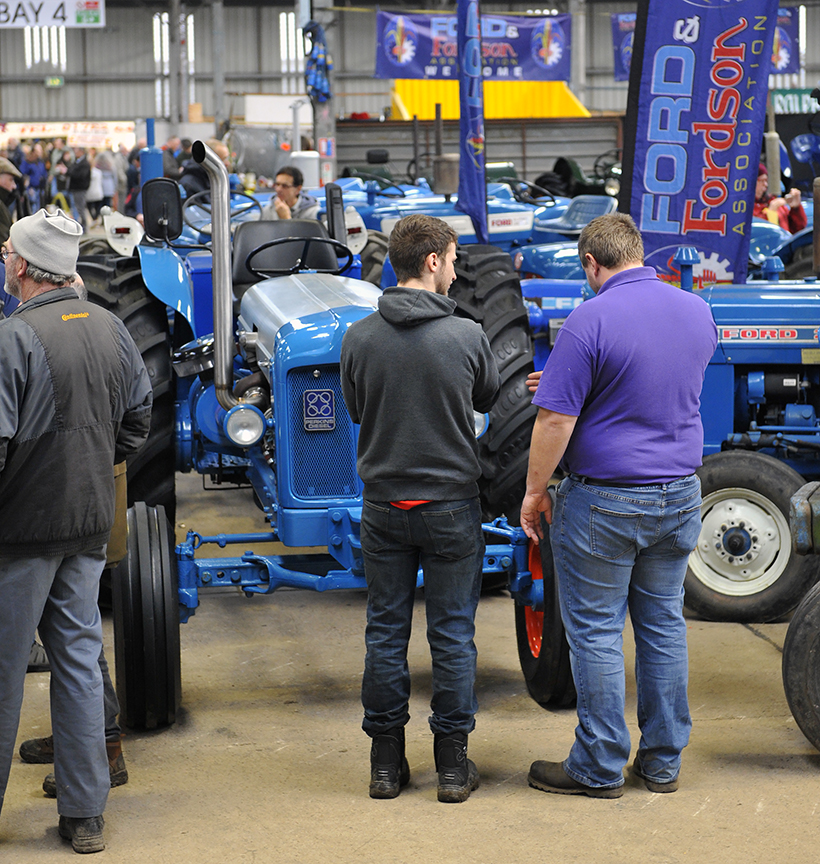 Visitors flooded to Malvern of Tractor World Spring, for another very success show.

Once again, the heady mixture of exhibits, club stands and traders had been moved around to keep the show looking fresh, ensuring that visitors flooded to Malvern for this year’s Tractor World Spring event. Just a few steps into the hall at the top of the showground was an eye-catching display of horticultural equipment, put together by the NVTEC East Anglia team. It quite rightly won the best club stand award and, talking to members on the stand, it took hours to collate and assemble so that each item was shown off to its best advantage. It was such a dazzling display you could almost be forgiven for not spotting Gordon Carson’s award-winning veteran Farmall F-12, plus his John Deere B, which was runner-up in the Restored Vintage 1940 to 1951 section. 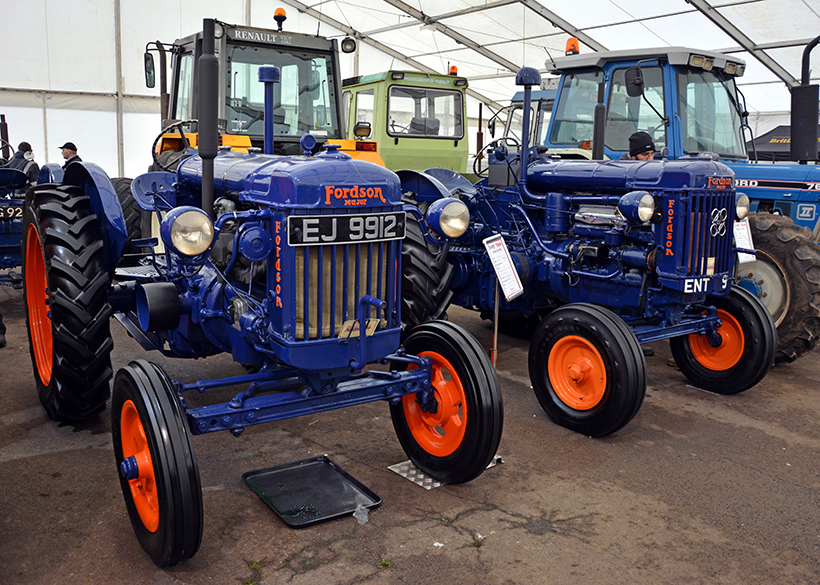 The Fordson Major E27N was one theme at the event, and there were plenty of them to be seen around the showground.

So original
Sticking with the award-winning theme, Ralph Owen’s Allis-Chalmers B scooped the Original Vintage Tractor 1940 to 1951 prize. It was so original and caught many people’s eye throughout the weekend. It’s always interesting to discover the story behind an exhibited tractor, and this one was no exception.

The Model B spent the first 64 years of its life in Herefordshire. It only had one previous owner, who was Alfred Webb senior, of Mansell Lacy. Ralph was interested in the tractor, because it was local, and he knew its history. He was working from an early age on the neighbouring farm to where the tractor lived, and would often see it working up in the Foxley woods. 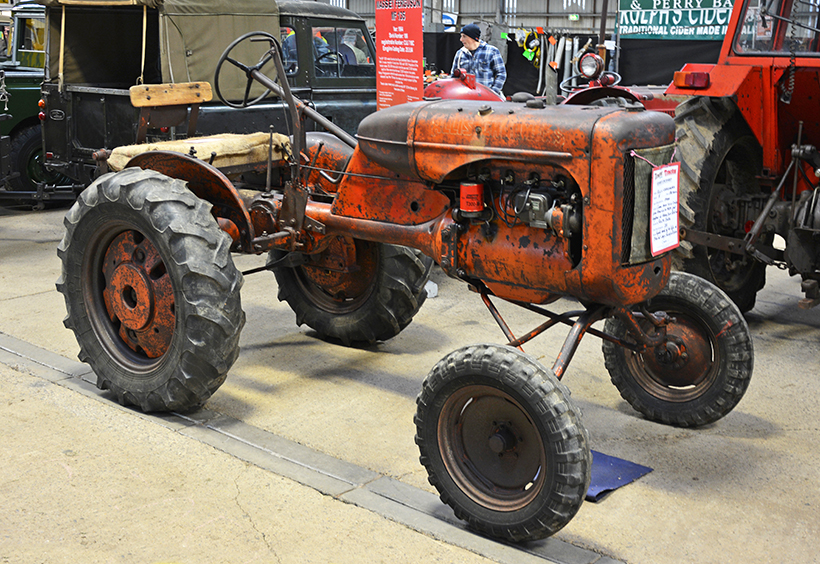 Ralph Owen’s Allis-Chalmers B is so original, and he even has the original log book and tax disc for it.

For his 50th birthday, the whole family clubbed together and bought it for him, together  with all the implements which attach to it. But it was a non-runner at that stage, and Ralph spent a lot of time getting it to start, which he did eventually. The family has recently discovered these tractors originally travelled by train into Bacton Station, Herefordshire, before the start of the Second World War. They were shipped in crates and assembled on the side of the tracks at Bacton, under makeshift tarpaulins.

Marshall Club
The new head of The Marshall Club, Ian Palmer – and his wife Hayley – were on the stand where there was a great display of Marshall tractors, ranging from a 1937 12/20 to a 1950s Field Marshall 3A. Ian is keen to build on the healthy foundations of the friendly club, and reminded us that anyone interested in the marque should visit themarshallclub.com to find out more. It looks like the club has a busy year ahead, with celebrations for the 75th anniversary of the Series 1. The plan is for it to attend various events throughout 2020, including Tractor Fest at Newby Hall in June, where the aim is to display 75 Marshall tractors – including as many Series 1 tractors as possible. Unfortunately, the anti-Covid-19 precautions now in place have put all such plans on the back burner.

IHHA
The International Harvester Heritage Association (IHHA) was crammed with interesting exhibits, so much so that a wonderful, 1937 Model M Stationary Hay Press had to be tucked into a corner to make the best use of the space. It’s owned by Andrew Spearey, and was sold new by Oakes Bros of Hungerford to a farm on the Wiltshire/Berkshire border. It spent all its life there, and was driven by the farms 1917 IH Titan tractor, which was also sold by Oakes Bros, and was the first tractor that company sold. The press is in working order, and requires three people to operate it.

Fine exhibits
Another item of interest was the Morris Cowley Bullnose, owned by Mike Lawrence. This machine was built in the early 1930s, and was exhibited and demonstrated extensively around agricultural shows. A farmer and self-taught engineer, Thomas Moss-Heal, had been developing ways to produce a light tractor/mower since the mid-1920s, originally using a Model T Ford as a basis. The units were eventually sold around England and Ireland. He also offered building instructions, and supplied the parts for people to build their own. 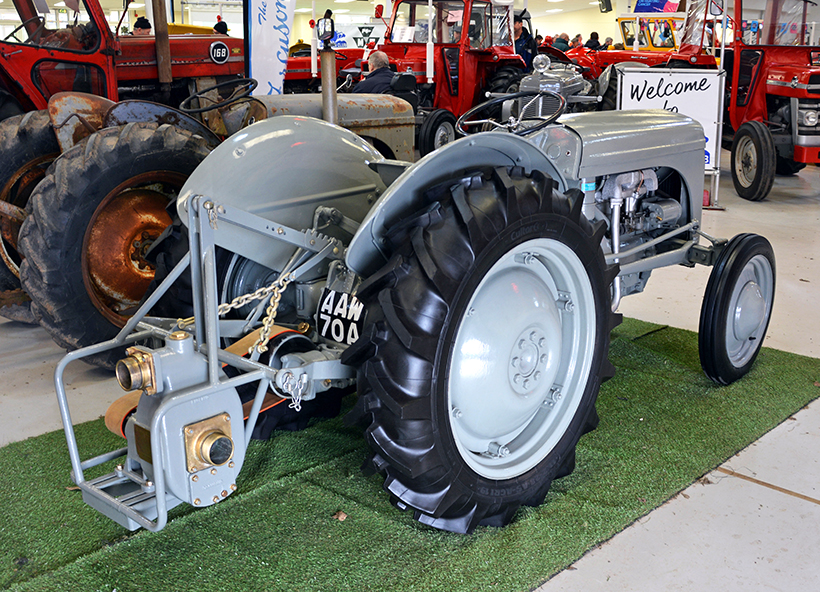 The restoration of this TE-C20 petrol Ferguson, owned by Peter Harris, took nine months to complete.

Dotted around the halls at Malvern were some fine restorations, including a 1951 TE-C20 petrol Ferguson, owned by Peter Harris. The finished result represent a labour of love, which began in 2012 when the TE-C20 was bought and broken for spares to save the narrow tractor parts. In 2017, Peter bought a TE-A20 and converted it to a narrow TE-C20, using the saved components.

Event success
Mark Woodward concluded: “Despite the localised flooding, which mostly receded for the event creating a window of fairly dry but windy weather, Tractor World Spring was a great success. Visitor numbers were only slightly down, with a very good turnout of nearly 100% exhibitors attendance which made for a good event with very good displays.

“So I’d like to extend a sincere ‘thank you’ to all our visitors, exhibitors and traders, who made the weekend a great success, despite the weather.  Particular thanks should also go to our judging team, who tackled their difficult and time-consuming task this year admirably. The quality and standard of the exhibits were among they highest they’ve ever been at Malvern. Next year’s event has been confirmed with the venue, and will be taking place over the weekend of February 27th-28th.” 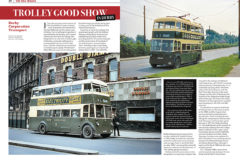 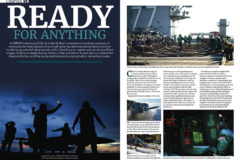