Recent research reveals more about a Wallis & Steevens steam roller that was spotted working in Switzerland during the late 1960s. 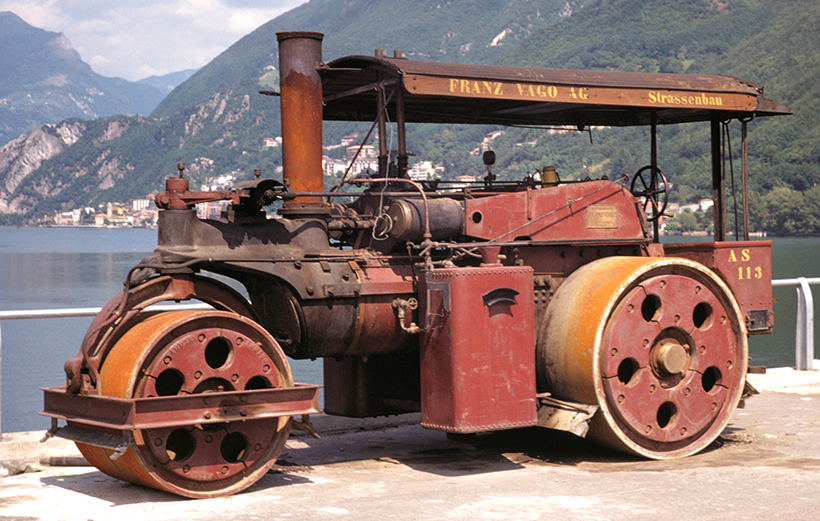 Wallis & Steevens steam roller: Research has determined that this Wallis ‘Advance’ roller is No. 8075. The works number is cast into the roller’s breast plate, but John Crawley – who spotted the engine while driving through Switzerland in 1967 – obviously didn’t have the time or the chance to climb on to the footplate to find it. (Pic: John Crawley)

Renowned steam preservationist, the late John Crawley, took a family holiday to the Mediterranean in 1967, via Belgium and Germany and, while he was driving across Lake Lugano’s causeway in Switzerland – which was in the process of being widened for a new highway – he spotted a Wallis & Steevens steam roller at the side of the road.

This surprised him somewhat and, since he was towing a speedboat at the time, it wasn’t very easy to stop. However, he drove into the works area, much to the consternation of lorries waiting to unload aggregate. Luckily, the foreman spoke perfect English and told him to be quick in getting his required photograph. It was then explained in German to the waiting drivers what John was actually doing, and there followed plenty of nodding of heads and sympathetic smiles in his direction – something to do with the ‘mad Englishman’ syndrome, no doubt!

However, recent research by our technical editor has established that the Franz Vago company had a number of rollers over time, and that there are four of these still in existence. One is a German-built Maffei from 1928 which, when Derek visited the company’s works at Müllheim-Wigoltingen some time ago, was plinthed outside the firm’s offices.

In addition, there were two Wallis ‘Advance’ rollers in the firm’s shed around the back. These machines were sitting, side-by-side in the gloom, and were identified as being numbers 8059 and 8072, dating from 1930 and 1931, respectively.

DWCS records also indicate that this roller was still working up to 1970, and had been converted in 1957 to oil-firing, using a system provided by E Sprenger, of Goldau. This is perhaps something that John, in his haste to take the photograph, didn’t realise. Although, if this equipment had proved to be unsuccessful, it may well have been removed by that time, anyway.

Wallis & Steevens No. 8075 was plinthed at Weinfelden at one time, but was later replaced by a diesel roller, and has been owned in preservation by K Ammann Transport of Märstetten, since 2013. 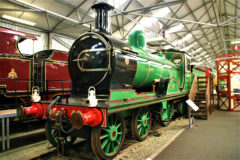 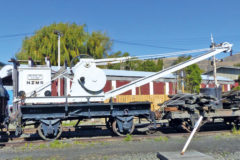