Phil Barnes tracks down an 1928 English Electric locomotive that’s the sole survivor of six engines that ran in New Zealand until 1970. 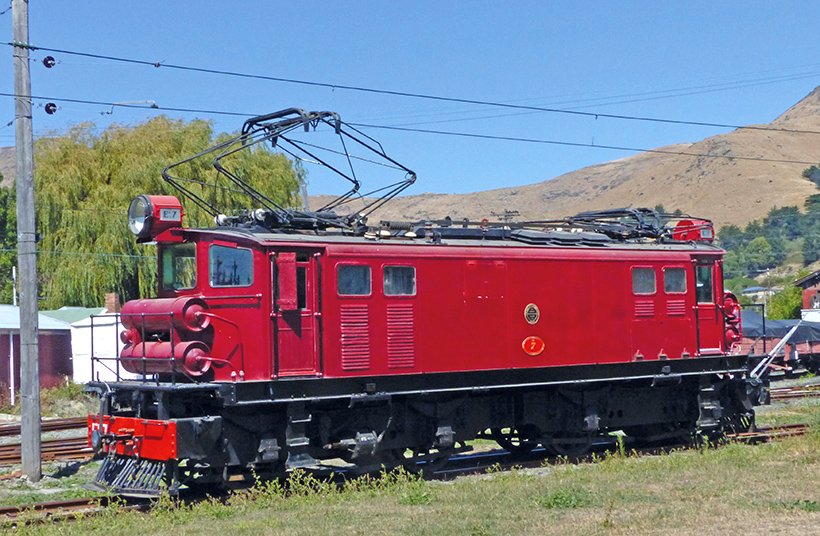 1928 English Electric locomotive: Loco No. Ec7 was specially positioned along the section of track linking the NZR mainline junction to the site to the set of points outside the signal box at Moorhouse station; it was also the alignment of the original railway in 1863. It was moved there under its own power for this photograph to be taken, the location of which is just across from Moorhouse station.

English Electric at Preston built a batch of six locomotives in 1928, which were supplied to the 3ft 6in gauge New Zealand Railways for its 6½-mile section of electrified railway that ran between Christchurch and Lyttelton on New Zealand’s south island. The example pictured here – Ec7 – is now the last remaining of these.

The line was ‘juiced’ in the late 1920s to alleviate the smoke hazard in the 1½ mile Lyttelton Tunnel, and was opened as an electric railway on February 14th, 1929. It closed, without ceremony, on September 18th, 1970.

The six locos had mechanical similarities to the earlier five ‘Eo’-type locos of 1923, which featured in OG 320, but were more powerful – at 1,188hp. These 53mph locos were highly efficient due to their 50-ton adhesive/gross weight, which was most useful on the 1-in-150 section of the route. The class carried the numbers Ec7 to Ec 12, and these equated to works numbers 723 to 728; they were constructed at the Dick Kerr works in Lancashire. Over the years, the six-strong fleet underwent several modifications, and could be seen hauling freight trains of up to 600 tons and passenger trains up to 400 tons, along the line. 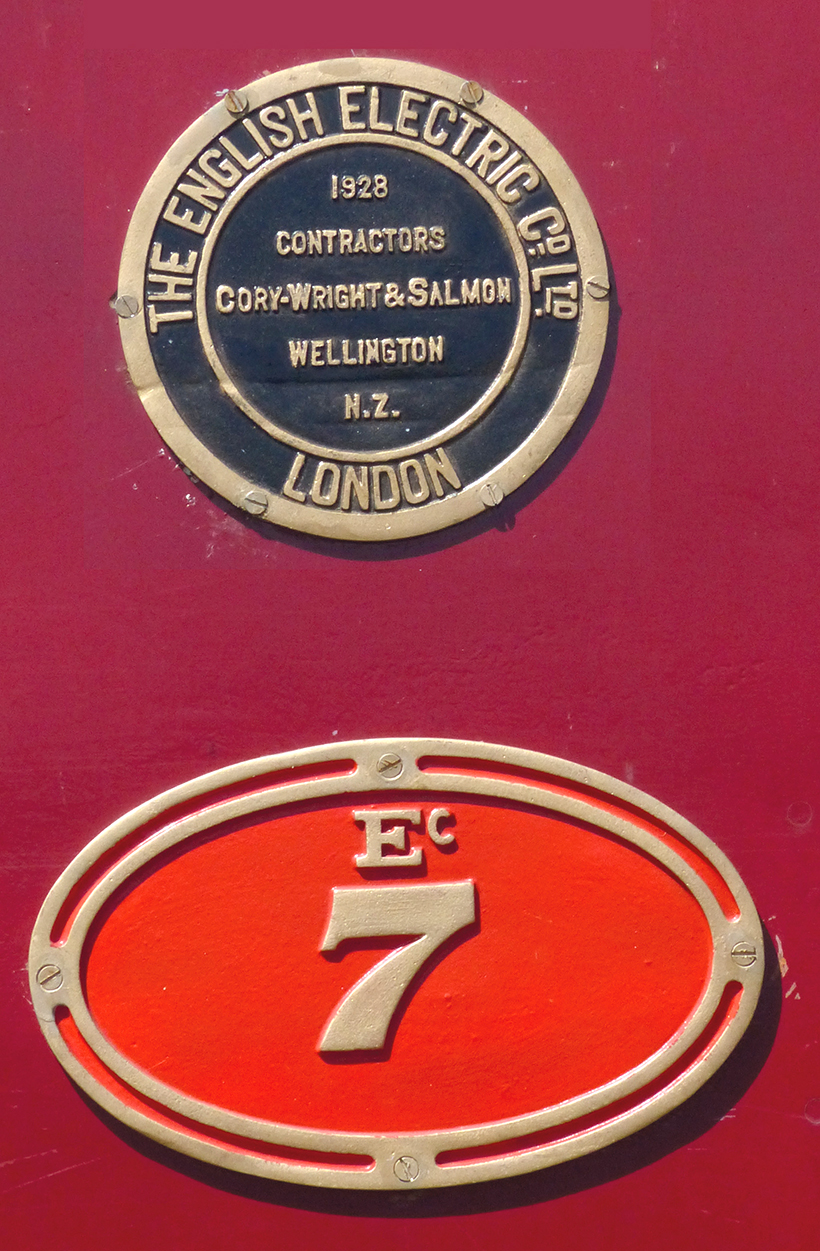 The loco’s running number plate and the plate of the NZ engineering company which was part of the importing regime back in 1928. (Pic: Phil Barnes)

The overhead on this short suburban railway was supplied from the centrally-located Woolston sub-station, via two rotary converters which put out 1,500v DC at 900 amps. After the route closed in 1970, five locos – Ec8 to 12 – were hauled to the Pacific Steel company’s siding at Middleton and, by April 1971, all had been scrapped.

The loco now at Ferrymead – No. Ec7 – as class leader, was chosen to be preserved, and was stored for a couple of years pending delivery to what is now the Canterbury Railway Society, arriving there in February 1972. The initial electrification of Ferrymead’s railway system was along the branch which passed the depot, and was ‘switched on’ in November 1988, with Ec7 being the first loco to run there on 1,500v DC in preservation!

This article is from the latest issue of Old Glory magazine, and you can get a money-saving subscription simply by clicking HERE 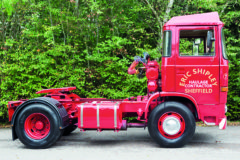 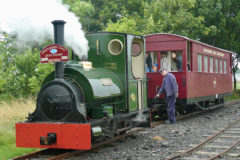