Paul Leeder chats to Scott Lambert about the restoration of a 1960 Massey Ferguson 35 that really became a labour of love. 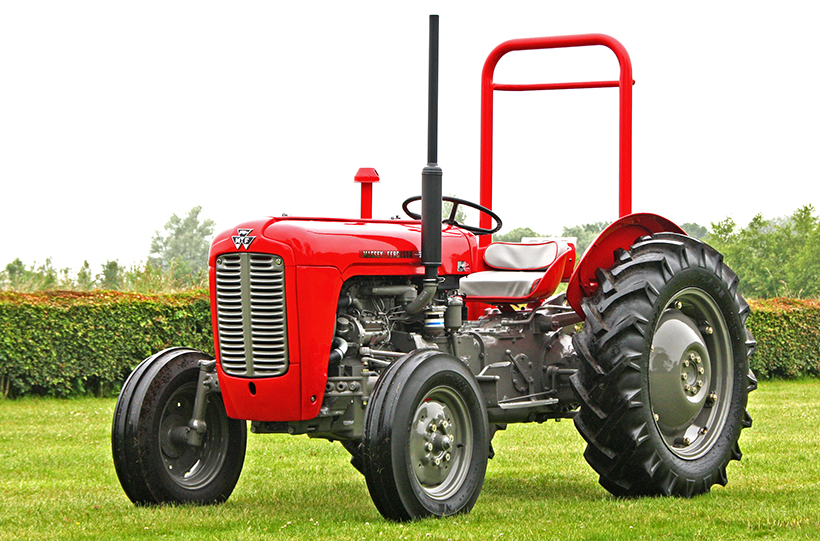 As a motor mechanic, Paul Leeder has all the necessary skills to overhaul a tractor, but he failed to realise that the attributes he uses in his other role as a retained firefighter would come into play during the restoration of this 1960 Massey Ferguson 35.

Anyone that has restored a tractor will know that resilience and determination are required to see a project through, but Paul had not bargained on so many factors determining the quality of the end result. There is a multitude of things to think about and a host of companies to liaise with in order to achieve the desired outcome, but he worked quickly and methodically to get things together in a short space of time.

The Massey Ferguson 35 is a model that Paul has fond memories of from his younger years and so, when the opportunity arose to purchase a partially dismantled 1960 example that had been languishing in a barn for some time, it was hard for him to resist.

It was a local tractor, with no V5C, and the previous owner had removed the engine to rebuild it, as well as fit some new parts with a view to restoring it. The deal included parts that had been purchased from Agriline Products and so Paul set to work putting the tractor back together in order to transport it to his workshop. 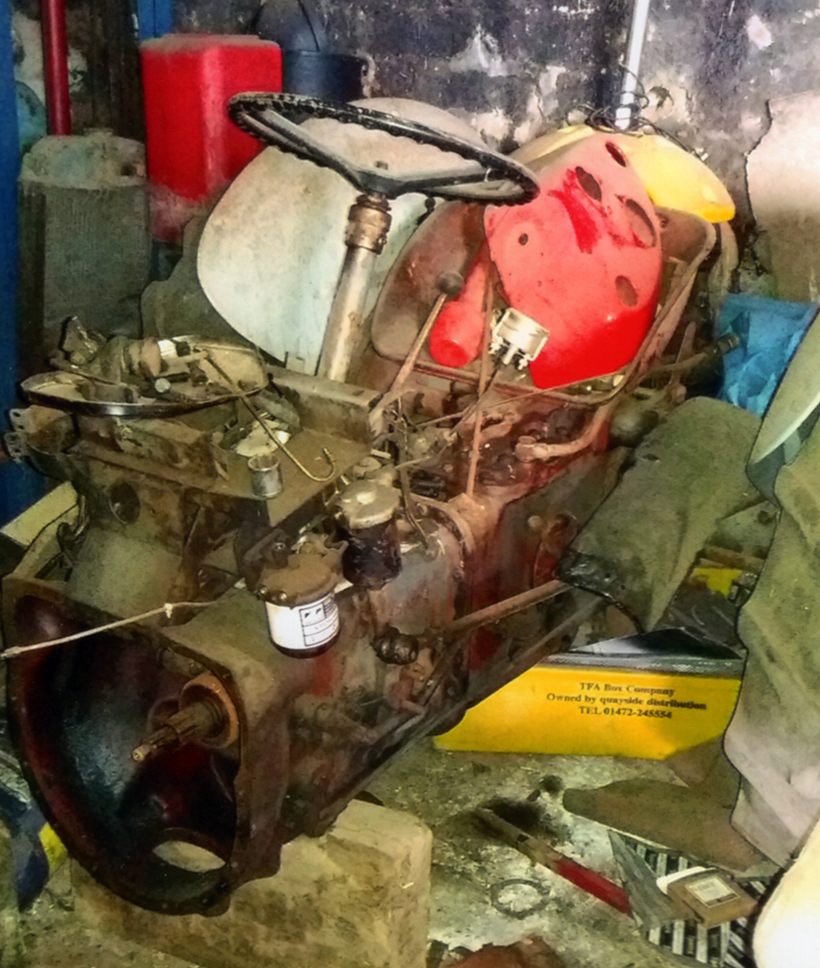 Once home, the tractor was dismantled again to see what was needed. Working for RW Lister & Son of Rickinghall, near Diss, Paul was fortunate to be able to use the company’s equipment to clean components during his lunch hours. and this helped when assessing what would be required during the project, with particular reference to the engine.

Having completed more than 9,000 hours, the three-cylinder Perkins-built unit was worn out and required a rebuild to get it back to its best. With pistons and liners included in the purchase, this was one less thing to worry about, but Paul decided to overhaul the cylinder head to ensure that there were no repercussions.

Scholar Engines Ltd, of Mendlesham, was chosen to undertake the work after a conversation with a friend revealed an interesting link. The company is known for its work on building and modifying engines for motorsport, something it has done since the 1960s. But one of its employees formerly worked as an agricultural technician, and so this seemed like the obvious place to get the work on the head done.

The company has all of the necessary equipment for testing and overhauling engines, so Paul opted to have Scholar fully overhaul the head and fit double valve springs, rather than single, for improved performance. 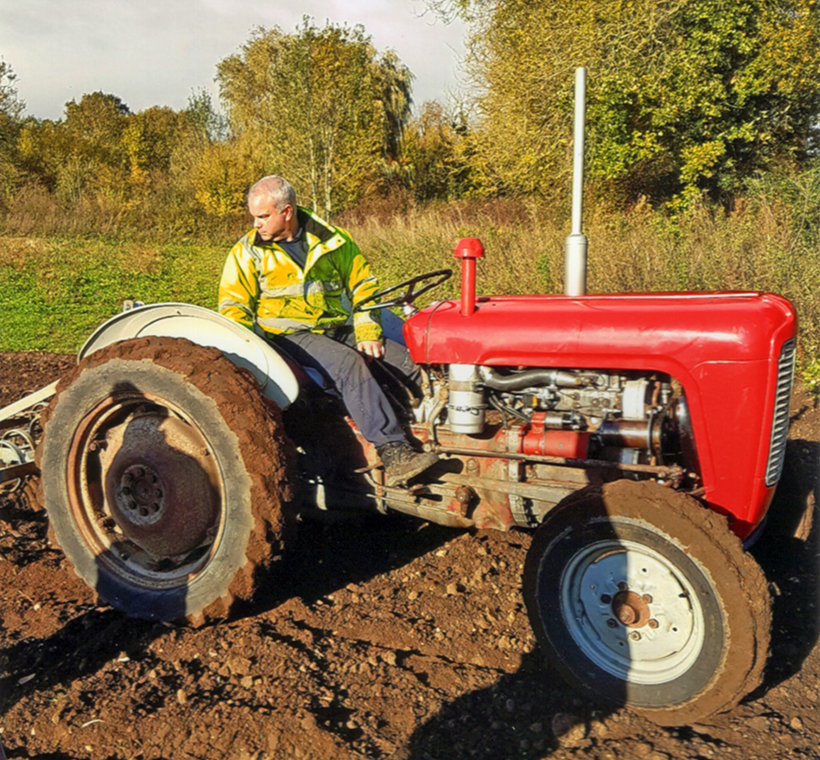 The fuel injection pump was overhauled by Attleborough Diesel Services and, with all of the specialist work complete, the engine was put aside until the clutch had been examined.

It transpired that the clutch was in a bad state and that a complete new unit was required, leaving Paul with no concerns when he mated the engine to the rear of the tractor.

When assistance was required throughout the project, Paul was able to call upon the services of life-long friend Andy Kemp, who runs his own agricultural machinery repair business, having previously worked for the local Massey Ferguson dealer.

Who goes there?
With work on the front of the tractor complete, Paul’s attention turned to the hydraulic system which, interestingly, wasn’t working. Once the top cover was removed and the oil and sludge cleaned out, it appeared that someone may have worked on this part of the tractor in the past. The linkage connecting the hydraulic controls to the pump was not correctly positioned, resulting in non-operation of the pump and, therefore, no lift. Paul was quick to spot this and, following rectification and a thorough clean, the Ferguson System worked exactly as Banner Lane intended. 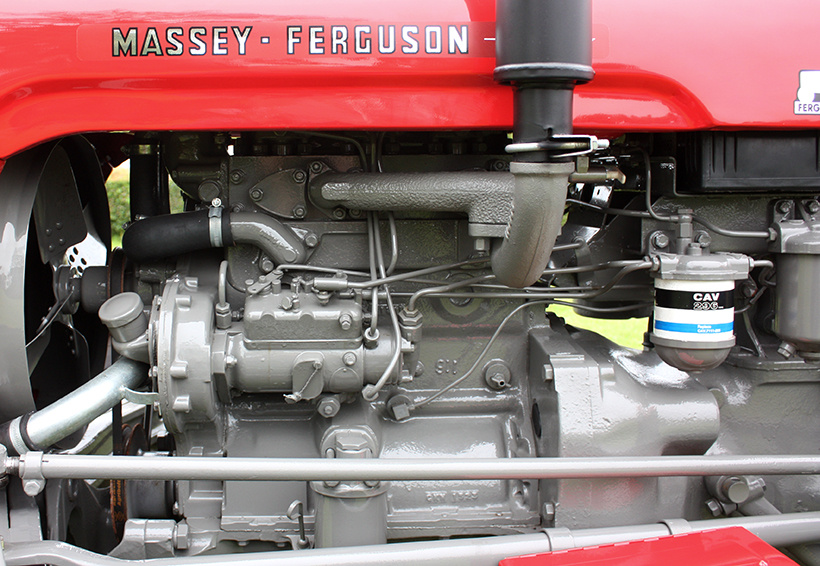 The Perkins-built three-cylinder engine was rebuilt, with some of the parts included in the deal.

Mechanical work on the tractor was now done and so Paul opted to put the 35 to work in order to check that all was satisfactory before undertaking the cosmetic side of the project. However, a ‘shakedown’ test with a spring-tine cultivator revealed that the head gasket was leaking, and this resulted in a new one being fitted.

This had the desired effect and further testing led Paul to believe that it was the right time to consider undertaking the aesthetic elements of the project. Whether to wire wheel or blast is always a contentious issue, but Paul opted for the latter, given that he had a good relationship with his local blasting specialist – Jimmy Bettinson of Bettinson Blast Cleaning.

Jimmy shot-blasted the skid unit before applying grey primer and Stoneleigh Grey to complete the transformation, as Paul felt that his painting skills weren’t up the standard he wanted to achieve. 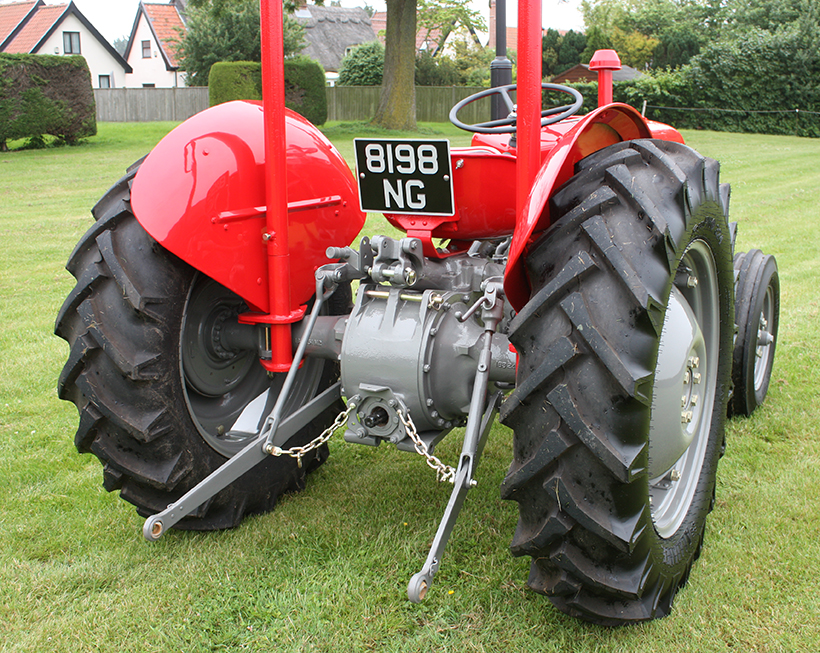 At the rear, Paul fitted a roll frame and Alliance FarmPRO 12.4-28 tyres.

When it came to the wheels and panels, the bonnet was good and the mudguards and front wheels were new, but Paul decided that he would get a professional to prepare and paint these components. He entrusted Richard Clark, trading as Paint & Beyond, to undertake the work and rather than use paint off the shelf, Richard colour-matched the red from the underside of the dash panel.

A roll frame, picked up locally, and a toolbox from a trade stand at a local show, were finished in the same paint and set the tractor off nicely.

The main task remaining was to fit the new tyres. The fronts – a pair of BKT 6.00-16s – came with the tractor, but Paul plumped for a pair of Alliance FarmPRO 324 12.4/11-28s on the rear – supplied and fitted by Gore Farm Tyres of Great Moulton, Norfolk.

The wheels were attached using the original nuts, which Paul had anodised by Electroplate (UK) Ltd, in Beccles, and, following the application of the decals, the finishing touch was to fit the registration plate. Paul had enlisted the services of the Friends of Ferguson Heritage to acquire the tractor’s original registration, which proved to be the icing on the cake. 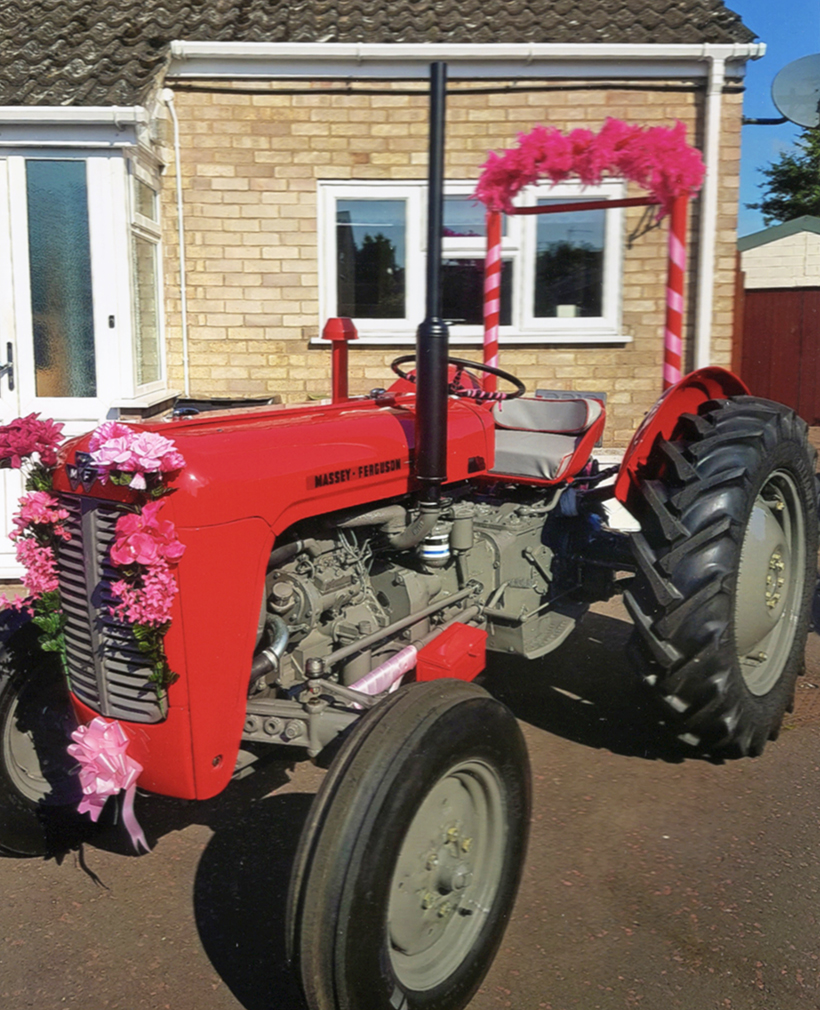 He was keen to sing the praises of all the companies that aided him throughout the MF 35 project, but he would like a special mention to go to Andy Kemp, who was always on-hand to provide help and reassurance whenever it was needed.

With the Massey Ferguson 35 complete and admired by many, what’s next for Paul? At the time of my visit in late June, his partner, Melinda Hammond, was set to participate in the 17th annual Pink Ladies Tractor Road Run. Melinda kept Paul fed and watered throughout the duration of the project, which came about following her desire to participate in the event, in memory of a friend who passed away several years ago.

Plans are underway to see Paul’s latest acquisition overhauled to the same standard. He has purchased a Ferguson three-ton trailer, with 12-stud axle, and hopes to get it restored shortly. Much of the trailer is sound, but a bed kit will be purchased from Fergie Trailer Shop to save time and effort during the rebuild. 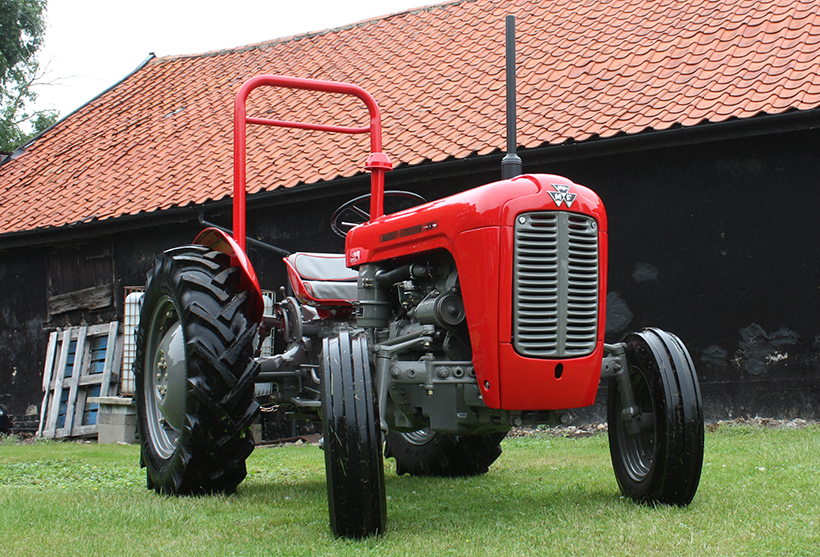 BKT 6.00-16 fronts give the tractor a purposeful look.

At some point in the future, Paul would like to add an early Massey Ferguson 135 to his collection, but he currently has too many other projects on the go to fulfil that ambition. With numerous motorcycles, a Volkswagen Beetle and a Ford Fiesta XR2 all waiting in the wings, the 135 may have to wait! 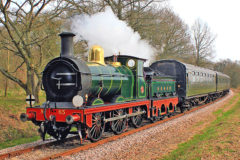 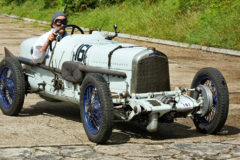