Gary Thorne recounts the story of his first diesel-powered stationary engine, a 3½hp Lister CS, which he bought from a clearance sale. 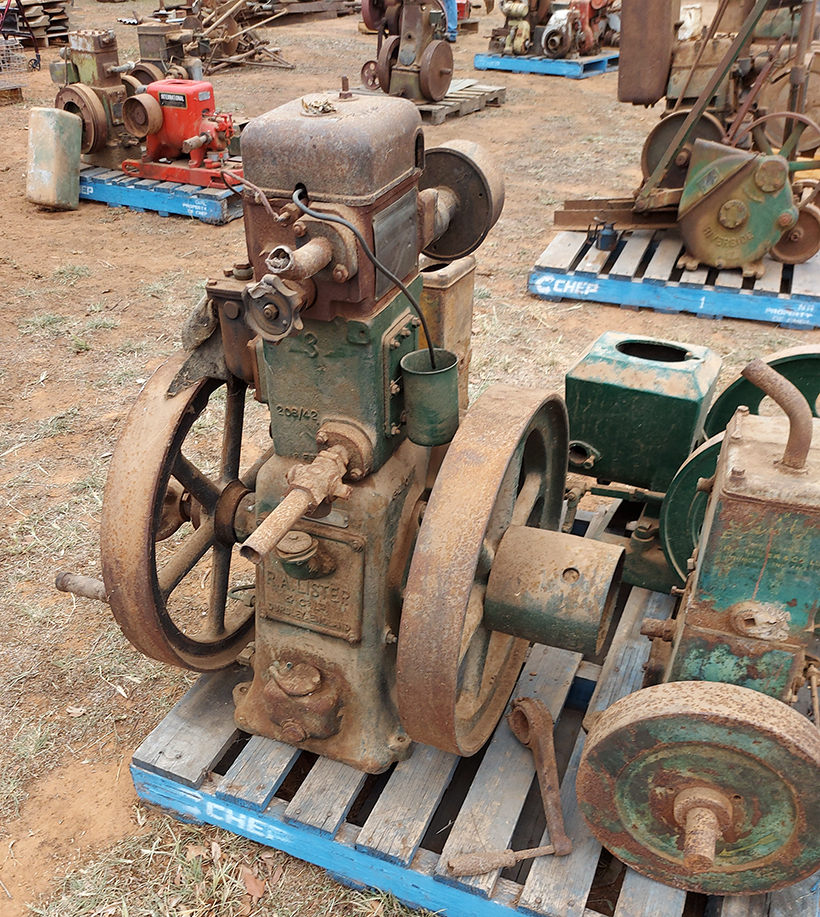 The 3½hp Lister CS, as seen at the clearance sale.

I’ve been collecting and restoring old stationary engines for a good many years and, up until April this year when I purchased my first diesel engine, these have all been petrol or petrol/kerosene-powered engines, as in my recent report on Gavin Jorgensen’s clearing sale.

Gavin is 93 years young and, after recently losing his wife, Joan, he moved into a retirement home. I first met Gavin when I was about four or five years old; he used to shear Dad’s sheep on our family farm. Mum played golf with Joan for many years, and I’m good friends with their youngest son, Paul. 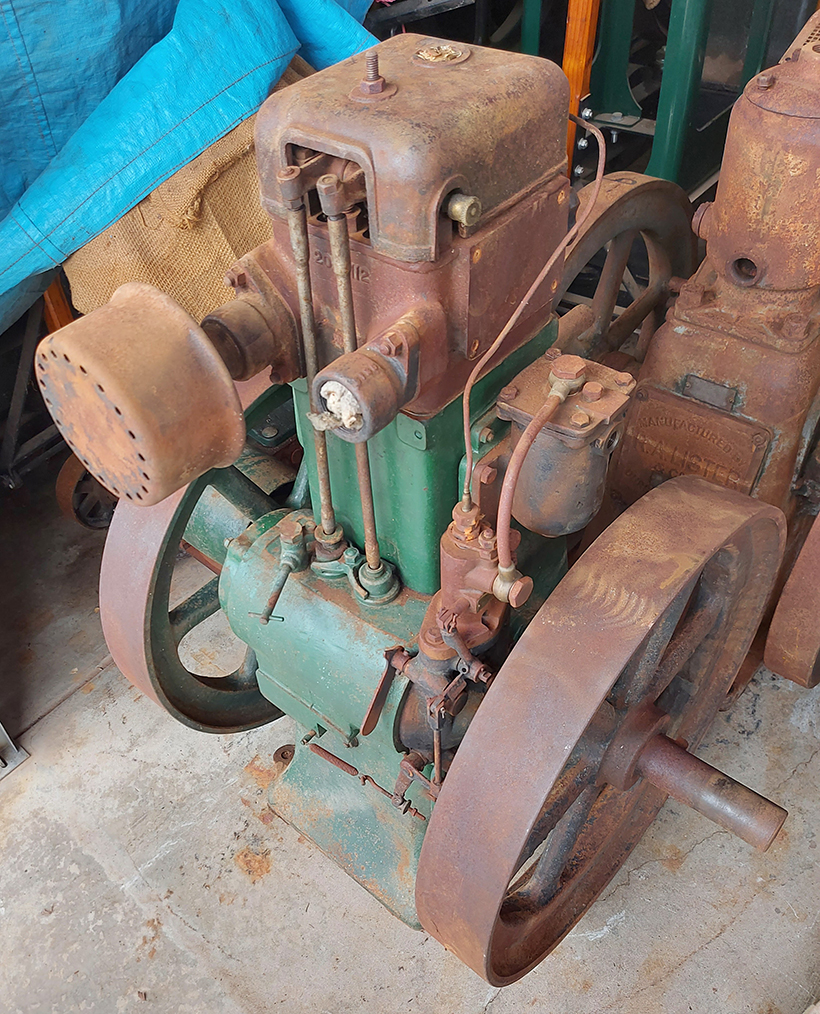 The engine at home, after a good clean.

As Dad and I viewed the engines we were keen on, we kept coming back to a Lister 3½hp type CS (serial number 57886), which was complete except for its fuel tank. Michael – Gavin’s eldest son – came over and explained that the engine had a lot of work done on it back in 1996, and that he had receipts for over $900 Australian dollars-worth of work that had been done to it. So I started the bidding and, a few minutes later, was the proud owner of the engine.

The following day, Dad and I unloaded the six engines we’d purchased at the sale, and took stock of what we had; we were both very pleased with the new machines. So the next thing was to discover which engine would be the first to start after more than 25 years of inactivity. As it turned out, Dad’s Wolseley was first to burst into life.

After a good check over and the removal of a wasps’ nest that we found in the carburettor, we added some fuel and, after a few turns it fired and began to run. My Invincible engine was next to fire-up.

After reading all of the receipts for the work done on the Lister CS, I discovered that, in 1996, the local Lister/Petter agent in Shepparton (a nearby town) had gone right though it. Every gasket and seal had been replaced, and a lot of work had been done on the head, which involved fitting new valves, guides and springs etc. In addition, the fuel pump and injector had been refurbished. 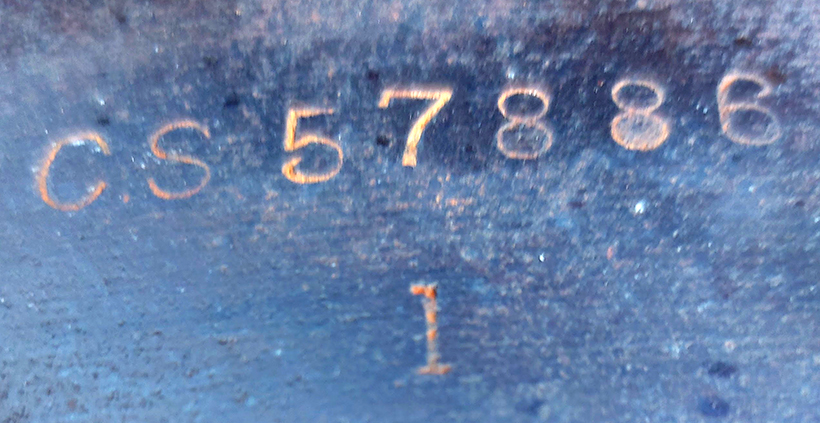 The engine s/n is stamped on the rim of flywheel No 1.

The engine was reassembled with new bushes and studs, after which it was started and run so that everything could be tuned in. However, what I found amazing was the fact that, despite all the money that had been spent on the mechanical refurbishment, the engine was never put back to work; it was simply wrapped in plastic and pout into storage at the back of a shed where it remained until the clearing sale.

Gavin has since told me that it was purchased to drive a generator to power his shearing sheds, but that he then acquired a smaller, Moffat Virtue plant to do that job; incidentally this little engine also came home with me! 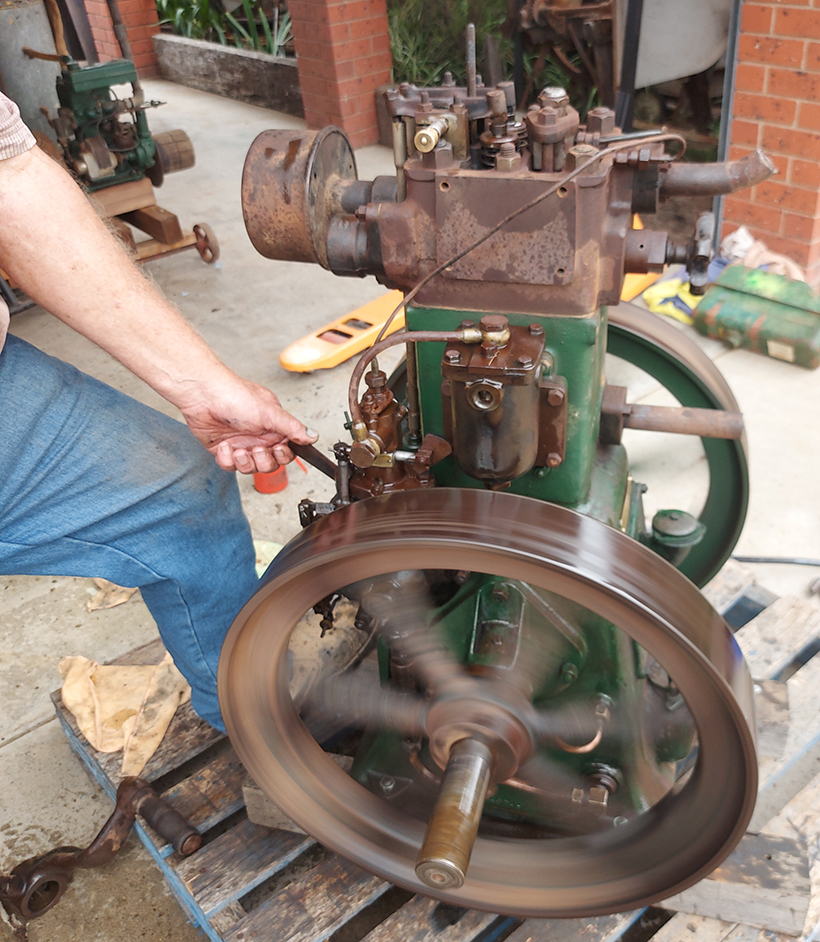 The first start; both Gregg and I had beaming smiles on our faces as the engine fired and ran.

As with any new addition to my engine collection, I’ve tried to get as much of this Lister’s history as I can. I sent an email to Doreen Edgington to see if she could date it for me and, within a matter of hours, an email came back informing me that the engine had been supplied to Michell & Co of Melbourne, in Australia, on June 26th, 1947. I duly replied thanking her for such a rapid response.

Start-up day arrives
Finally, the day had arrived, and a fellow Lister collector, Greg Ross (who has a lovely collection of engines, including a few diesels), came over to show me how to start a Lister CS diesel. A thorough inspection was made to ensure that everything that should move, did move, and that everything was properly lubricated; a temporary fuel tank was made (a piece of rubber fuel hose zip-tied to a length of ⅜in rod), which worked a treat. 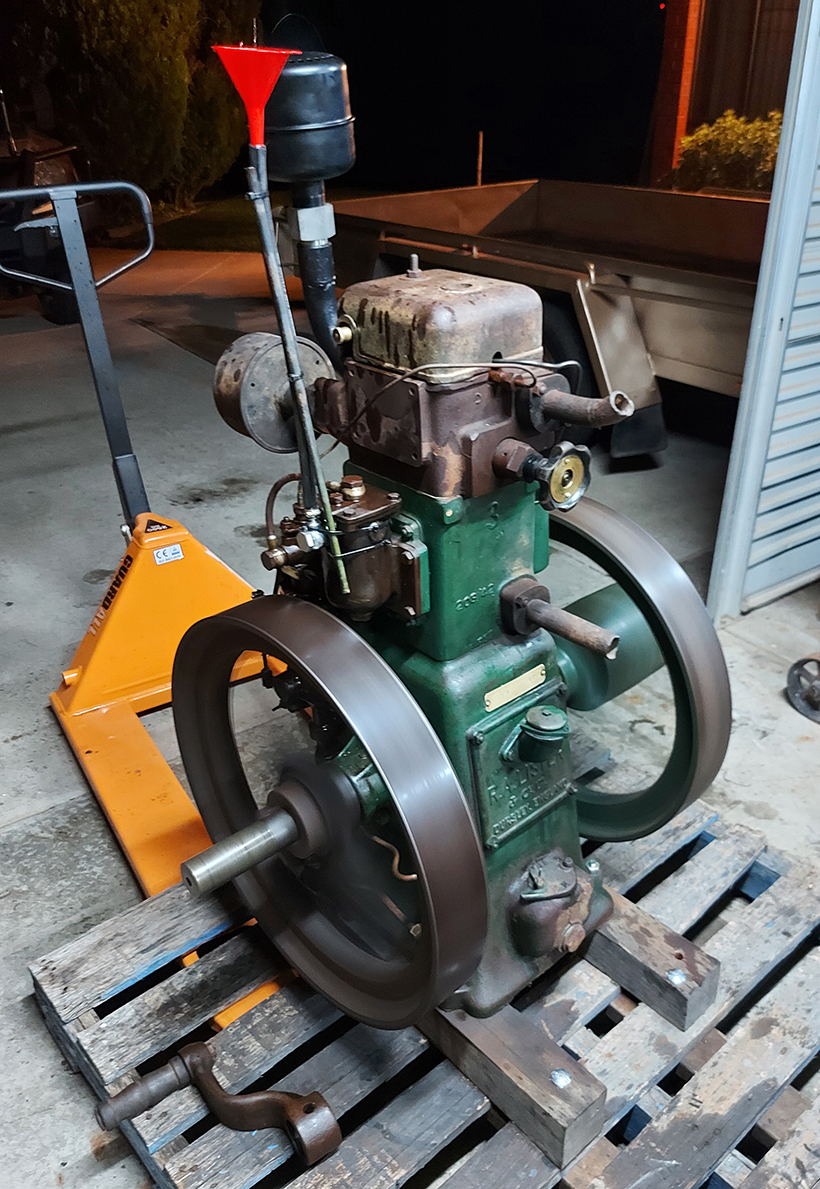 With a (very) temporary fuel system rigged up, we were able to run the engine for a few minutes.

After bleeding the fuel system, Greg put the crank-handle on and, with a wry smile said: “Lets see what she does.” Well, within three or four turns of the flywheels, the decompression lever was moved and she burst into life. It was hard to tell which of us had the bigger smile! We gave the engine a couple of short runs, came in for lunch, then plumbed-up some pipe fittings so I could get some water in it. It’s had a few long runs since then and it just seems to run better each time I start it.

Hopefully, later in the year, I’ll make a steel transporter to match my other Lister engines. At this moment in time, though, I haven’t decided whether to paint it; maybe I’ll restrict this to just the head and valve cover, as they were acid-dipped in 1996. Paul (The Maggyman) Johnson attended a swap meet in South Australia a week or so ago, and was able to get me a very good, original wall-mounted fuel tank, complete with all the fittings – it even has the lid! This will now replace the reproduction tank that’s currently being used.

Now to the bit I enjoy the most about this story; I was able to send Gavin’s daughter-in-law a couple of videos of each of the engines we acquired running, apart from the Lister J which was purchased for parts. She said Gavin was extremely pleased to see them all running, and that he had a tear in his eye when he saw the Lister CS operating; something he hadn’t seen during the whole time he’d owned the engine. I hope he gets to see it in person once the engine is finished.

I’d like to express my thanks to all, both near and far, for their help and information that was so freely given.

This story comes from the latest issue of Stationary Engine, and you can get a money-saving subscription to the magazine simply by clicking HERE 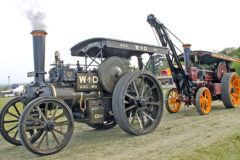 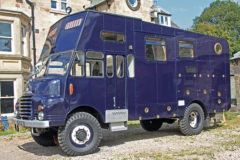