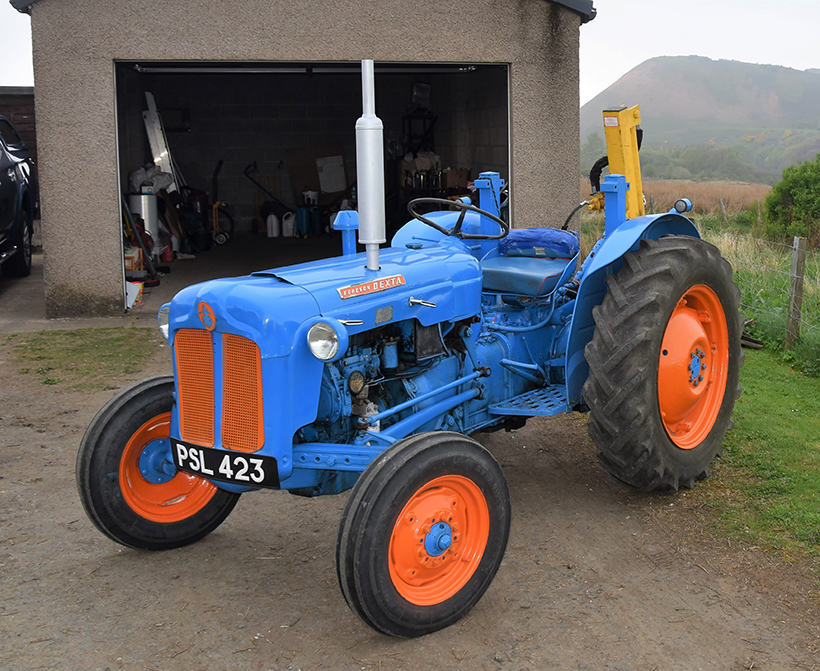 Old Blue: Graham’s tractor with the ‘Five Sisters’ bing in the background. The spoil heap is a reminder of West Lothian’s past, and is now protected as a national monument.

West Lothian lies to the west of Scotland’s capital, Edinburgh, and is well-known for its trio of Forth Bridges. The area is now predominantly rural, although there were extensive mining operations in the county dating back to the industrial revolution. The region became well-known for its coal, iron and shale oil production and, during its heyday, was one of the most important industrial areas in the UK.

Unfortunately, this also led to the development of unsightly spoils, or bings, although these have mostly been reclaimed by the countryside. Shale bings are unique to West Lothian and now form distinctive features within the landscape. Graham has lived in the area all his life, and comes from a farming background.

Farms, plant and tankers
“My father was a farm manager at some local holdings,” he explained. “I also helped out on a farm when I left school, but eventually left the land to earn more money working in the plant hire industry. 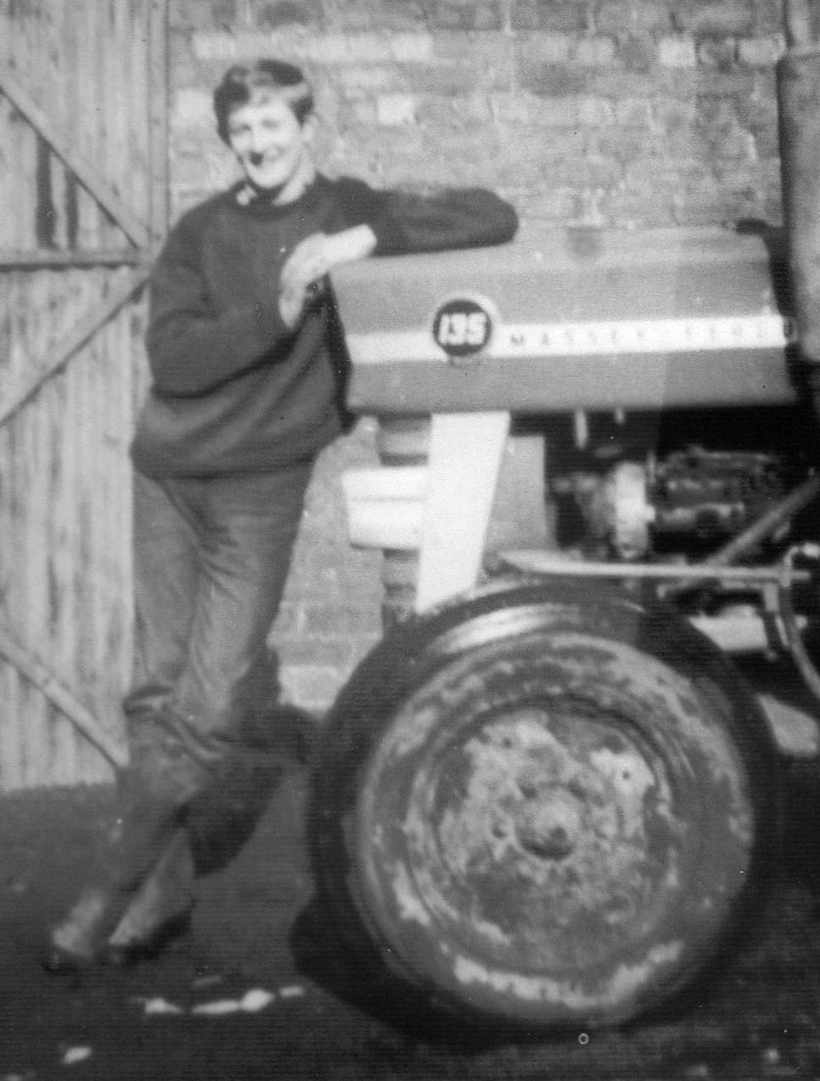 “I’ve held down several different jobs over the years, including driving tankers for Mobil oil. In 1982, I decided to start my own business and acquired a van to sell fruit and veg. I eventually sold that business, acquired a lorry and went back into haulage. I then bought a local pub in West Calder, ran it for 16 years, sold it in 2002 to become a driving instructor and then retired in 2018.”

Graham has lived in West Calder for the past 35 years, and can remember when coal mining and shale oil production were major local industries in the area. “The landscape was very industrial before the mines started to close,” he recalls. “Then the government of the day gave the go-ahead for the new BMC (British Motor Corporation) plant at Bathgate. This was the major employer in the area, before it closed in the mid-1980s.”

He’s also been interested in tractors since he was a teenager. “The first tractor I drove was an International B-275,” he told me. “It was one of the machines working at our farm, and my father asked me to climb on board and put a trailer away in a shed. I must have been quite young, because I remember that my feet could barely reach the pedals!”

Major news!
Fast-forward a few years, and Graham made his acquaintance with the Fordson Super Major. “That was back in the early 1960s,” he said. “By this stage, the farm was also employing a tractor man, and he would occasionally let me have a turn behind the wheel. The Major was a fine tractor, and I have some good memories of it.” 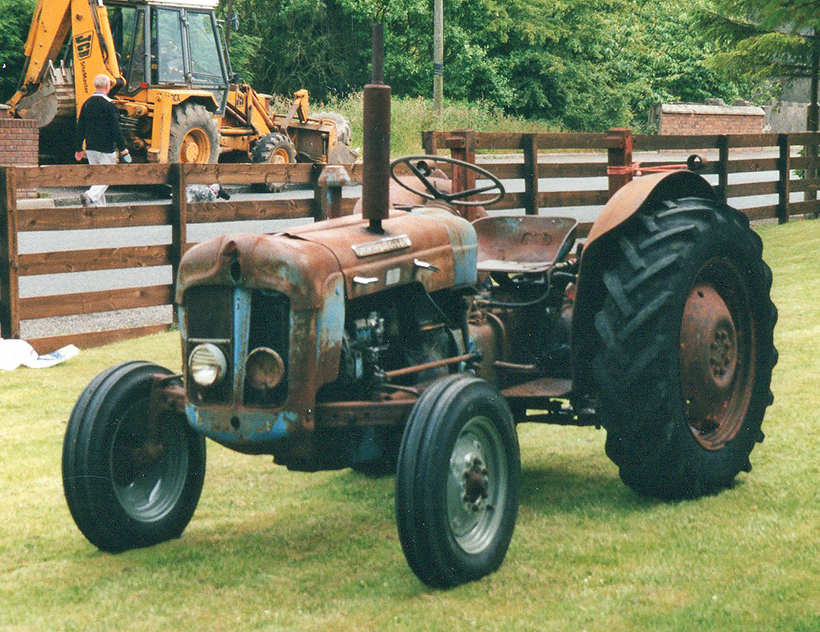 The Dexta as it arrived from the auction in 1995. It wasn’t licensed for road use, and was in ‘farmyard condition’. (Pic: Graham Sibbald)

It was around this time that Graham was on the point of leaving school. His father arranged an engineering apprenticeship for him with the tractor dealership George Henderson, based at its garage at Sighthill, Edinburgh. “This was a tempting offer,” he explained. “but, even though I was still at school, I was working part-time for another farm. The gaffer there offered me the use of a brand-new Massey Ferguson 135, if I turned down the apprenticeship, so that was that and I took the farm job and was given the 135. But it didn’t last long because, after a short period, the gaffer took the 135 for himself and I ended up driving older Masseys, like the MF35.”

Once Graham decided to leave farm work for the plant hire industry, he worked for contractor George Nisbet, based at nearby Kirknewton. “Mr Nisbet had quite a big business, and I ended up working on pipelines in Fife,” he explained. “I was driving a Power Major Roadless, which is still owned by his son. I then worked for several companies as a plant hire operator; a job that took me all over Scotland.”

Auction find
However, Graham acquired PSL 423 from a local farm sale, back in September 1995. “The auction at Longford Farm was run by Lawrie & Symington Auctioneers,” he explained. “The owner was selling off a lot of his tractors and machinery, and the 1962 Dexta (Serial No: 09B708273) was in poor shape. It had no brakes or front wheel bearings, the tyres were threadbare and the wings were held on with binder twine. Other than that, though, it was in perfect condition!” 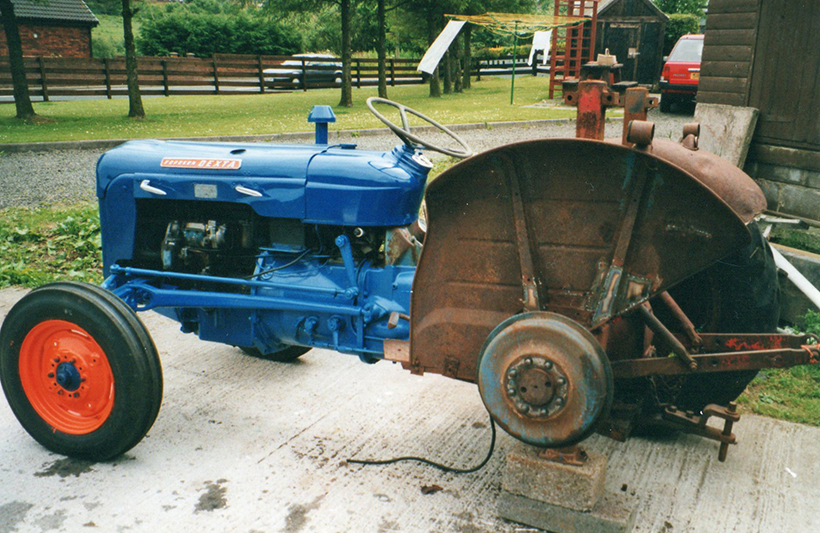 The tractor gets a new lick of paint (supported in a way that we can’t recommend). The brakes and wheel bearings also had to be replaced. (Pic: Graham Sibbald)

But this particular Dexta wasn’t the only one for sale that day; there was a pair of them available, as Graham told me.  “On paper, my Dexta looked the worst of the two that were on sale at the auction, but I managed to have a word with the farm’s tractor man, and discovered that it had several redeeming features. He told me that the tractor had a new starter, dynamo and clutch, and these items had all been fitted within the previous six months. Encouraged by that news, I decided to trust to luck, and made a successful bid.”

Although Graham enjoys attending events like Tractor World Scotland, he hadn’t acquired the Dexta with a view to restoring and then showing it at rallies. “I wanted the Dexta to do some work,” he explained. “My wife and daughters were keeping four horses at the time, and we needed a tractor to muck-out the stables. The Dexta has also been useful for other jobs, and I’m currently using it with a splitter for cutting logs for our wood-burning stove.”

Paperchase
The Dexta was supplied with very little paperwork, which caused a few problems when Graham decided to get the tractor registered for road use. “One of the local tractor clubs helped me out with the paperwork. This was good enough for DVLA at Swansea, and they issued a registration number.”

Aside from working around his home, Graham has toyed with the idea of entering the Dexta to compete in local ploughing competitions. “A few years back I owned a two-furrow plough, and thought about entering some matches at that point,” he said. “But most of the local competitions take place late in the year and I’m not a big fan of cold weather, so decided against doing that in the end.” 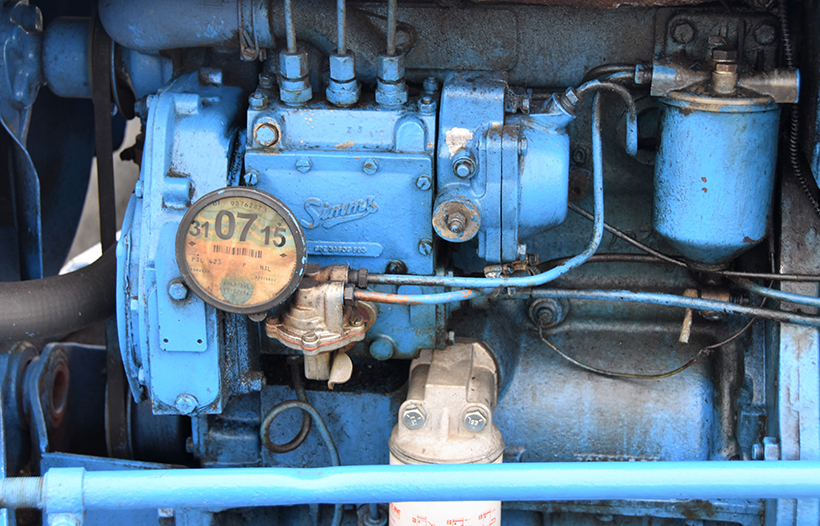 The fuel pump on the Dexta is the early example that Fordson used before April 1962, when it was replaced by a mechanical unit.

Over the years, Graham has spent a bit of time restoring parts of his Dexta, and has enjoyed some useful help with these jobs from his brother, Ian. “When I first got the tractor in 1995, I gave it a quick lick of paint, but there wasn’t really any money spent on the project,” he remembers. “I obviously had to fit some new wheel bearings and reline the brakes; the drums were OK, but the linings were down to the bare metal. Ian helped me out, and he’s also quite handy with a welder.

“The tin of paint cost £19 for a litre, and I also had to fit a new radiator. However, this was all essential maintenance, as I didn’t have a budget set aside for a thorough makeover. I’ve made a few improvements over the years, including fitting a set of secondhand lights. All the parts work properly, except for the rev counter.

“The reading on the Dexta is over 5,000 hours, but the rev counter was broken long before I got hold of the tractor. The three-cylinder engine was fine, although I’ve noticed that it’s starting to get a bit breathless nowadays. I’ve put this down to a lot of work using the log splitter, but I’m preparing myself for the fact that it may need a rebuild in due course.” 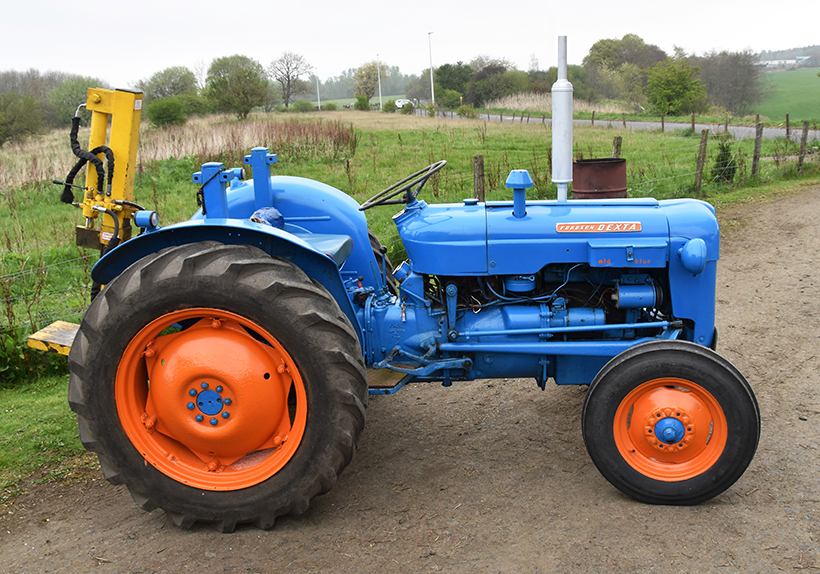 The Dexta was bought to work and, apart from the non-functioning rev counter, everything is still in good order. The tractor currently spends most of its time powering Graham’s log splitter – a KTN Machinery unit.

Still useful
During our chat, Graham also mentioned to me that the Dexta has proved itself to be very useful for snow-clearing duties. “We had a hard winter a few years back, and the snow was halfway up the walls of our cottage,” he said. “The adjoining field was also full of snow and I spent ages clearing things up, but the Dexta took it all in its stride.”

Finally, as I was on the point of leaving, I asked Graham about his future plans for the tractor. “I’ve got no need to sell the Dexta, so I’ll probably hang on to it for the time being,” he told me. “It’s always useful having a tractor around the place; it’s always coming in handy! For example, it recently played a big part in laying a new driveway at my daughter’s house, and there’s always the log splitting. Also, now I am retired, I also need a few jobs to keep me active.” 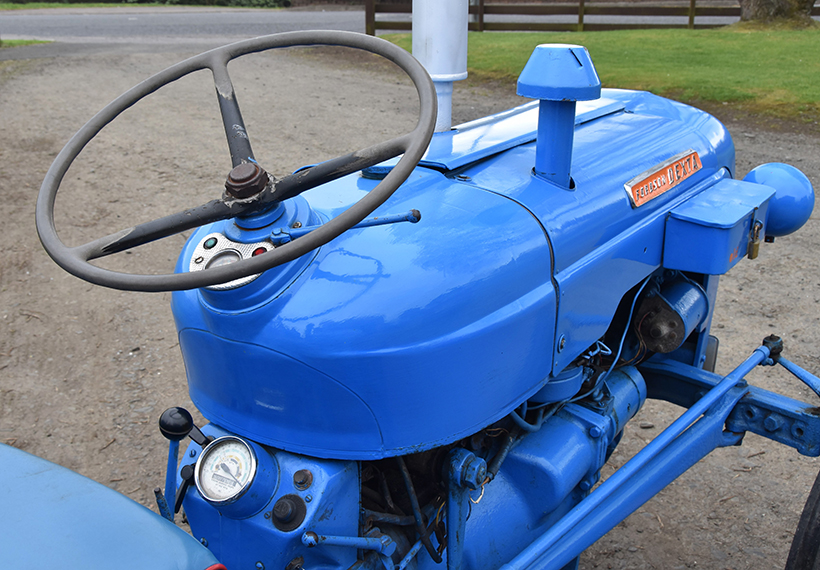 The controls found on a 1960s Fordson tractor are neat and functional. Graham has toyed with the idea of replacing the faulty rev counter.

Graham’s often toyed with the idea of giving the tractor a full restoration, but common sense has prevailed so far! “For one thing, it would cost a lot of money – even a period rev counter isn’t cheap,” he said. “I’d probably then start fretting about damaging the paintwork, or worse. So, for the time being, I’ve simply decided to keep things as they are and so long as the old girl keeps ticking over, that’s fine by me!” 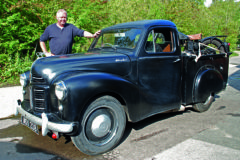 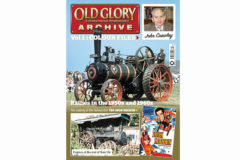