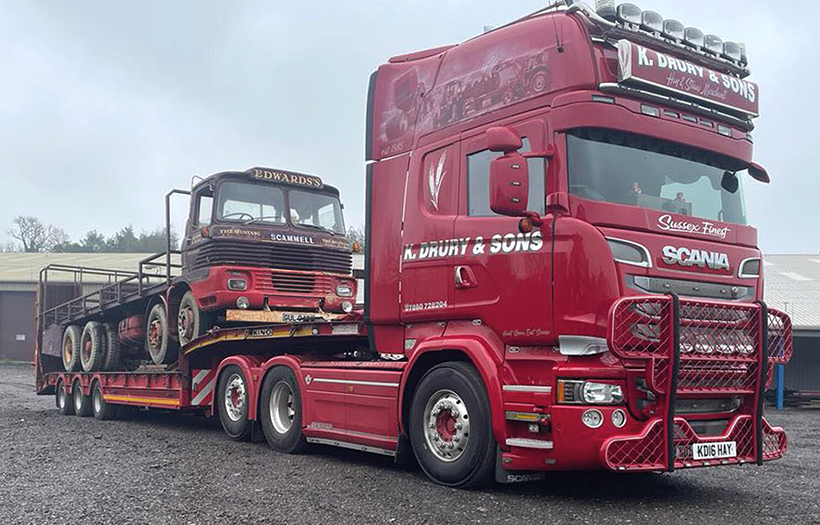 Scammell Routeman: Finally loaded up in Devon, ready to travel to East Sussex.

Having wanted to own a Giovanni Michelotti-cabbed Scammell Routeman for more years than I care to remember, I have finally realised my dream. I used to see them regularly hauling the fly ash from Shoreham power station in bulk tippers, and Blue Circle Cement ran them as flats and tankers. Hall Aggregates ran them as tippers, too, all of which I saw when walking along to meet dad from work, much the same as the Scammell Handymans on TOE work from the harbour.

The dodgem car haulier is ready to travel to the South East.

As the years passed, there suddenly seemed to be none around any more. I used the back-half of a Routeman to build a ERF double-drive when on the fairgrounds with the Harris Brothers, and it performed very well. But I’ve yearned for a ‘whole one’ ever since. 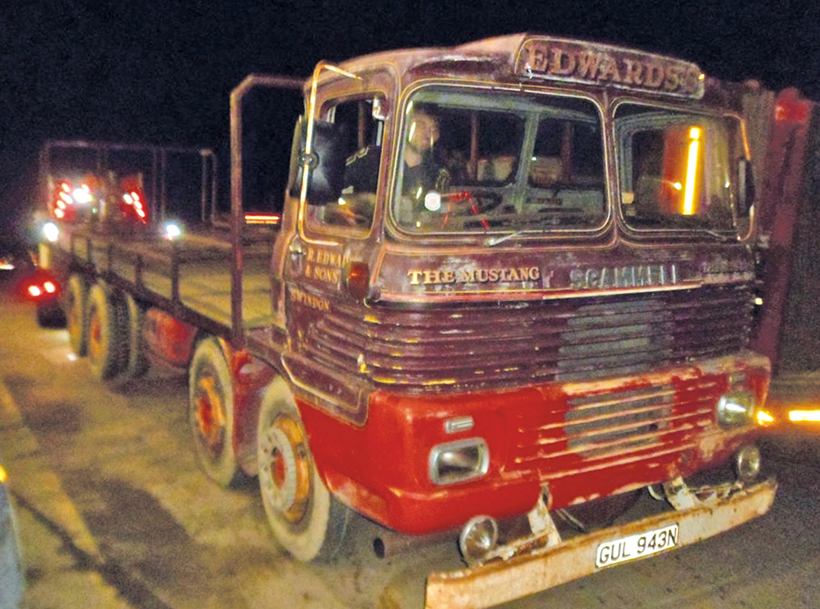 As can be seen the pipes and connections are well corroded.

The showmen ensured that many types of ‘lost’ vehicle survived into preservation times, by giving them a second life after their haulage work was done. The two Scammells I already have saw service on the fairground so, when I saw another Scammell Routeman showman’s lorry for sale, I was keen to buy it; but it almost didn’t happen! 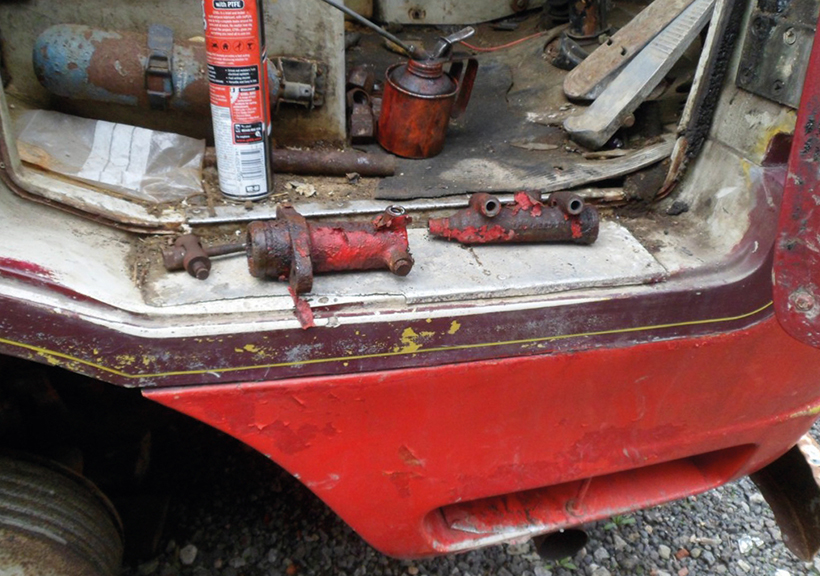 With the slave cylinder removed – luckily Ian had a new one in stock!

After the withdrawal of the Scammell from the Fairground Heritage Trust’s auction, I managed to negotiate a private sale through the auctioneers, with an offer submitted on the evening after the sale. I then had to wait a couple of days to find out if I’d been successful. Thankfully, my offer was accepted.

The next task was to get the lorry from Devon to Sussex ASAP, and I found that local hauliers K Drury & Son were doing regular trips to the West Country, and would be able to collect it as a return load the next time they were down that way with a step-frame low-loader. 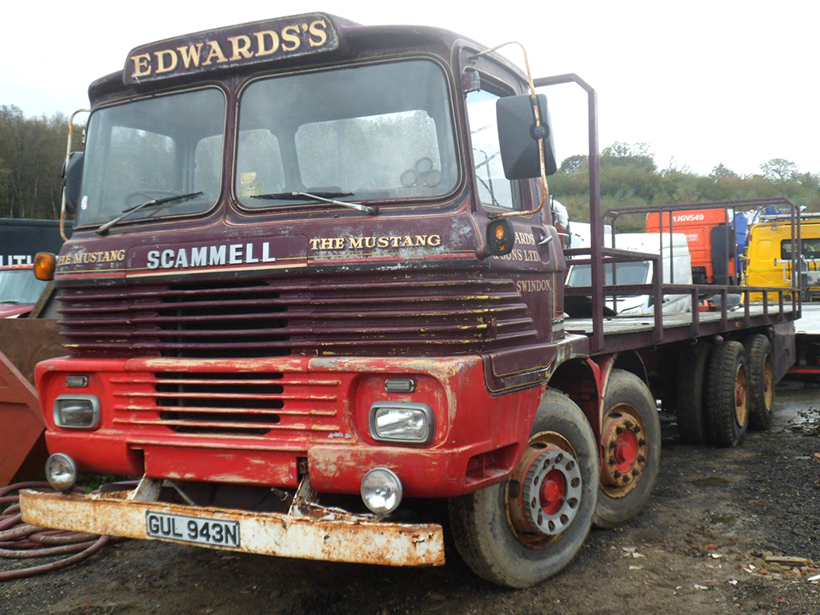 All good we thought, as there was a video of the Scammell running on the sale day, showing that it had been started using two jump batteries and leads. Easy, we thought, so I sent two batteries and leads down so it could be driven onto the trailer. What nobody had mentioned was that it had very little air built up to release the brakes, due to a hole in the main compressor pipe. i\t was also suffering with a leaky foot valve and, to top it off, no clutch! 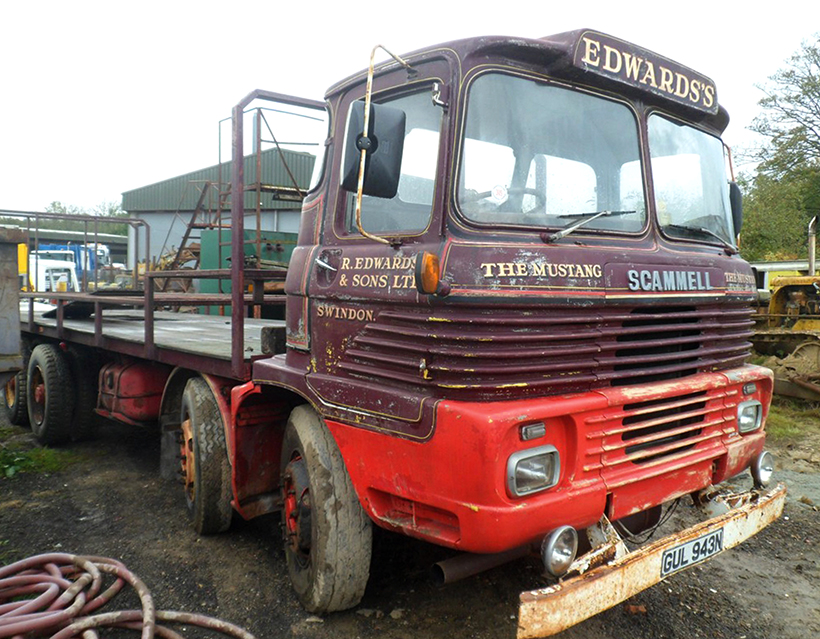 Back in East Sussex, it’s intended to make the lorry serviceable for some 2022 events.

Luckily, none of this fazed Dave Drury, the driver entrusted with the task, and he sought help from a telehandler on site to shove the old girl onto the trailer. Once chained on, the Scammell made its way from Devon to Mick Gould’s yard in Sussex, where we unloaded it with one of the many wreckers here, and planted her out of the way. My thanks to Tom Drury for arranging the transport, and to Dave for carrying out the job. 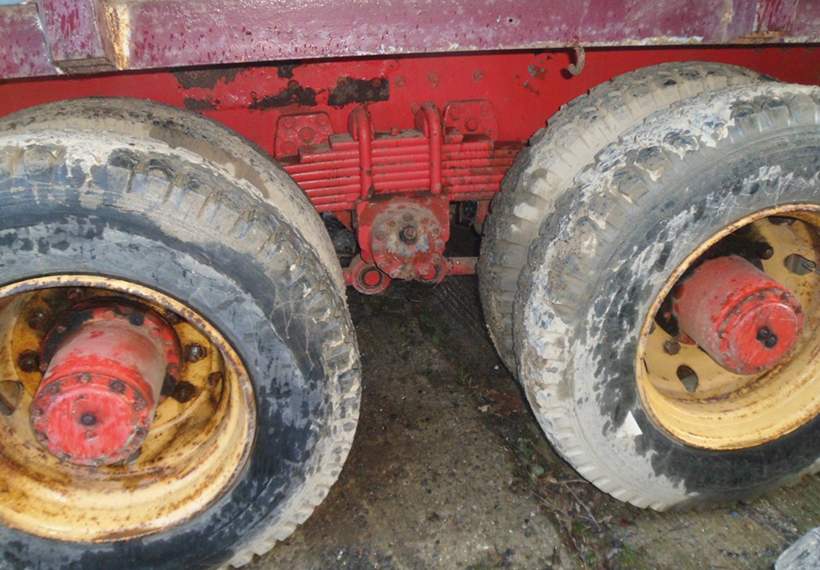 Repairs need to be carried out to the rear bogie chassis section.

Then began the task of getting her mobile again. The first job was to assess the clutch hydraulics, which revealed that both the master and slave cylinders were shot. Access to these is made easiest by removing a road wheel, but none of these had been taken off since the 1980s!

Once I’d pushed the wheel off with the jack, these parts were removed, and having new ones in stock at home was certainly a bit of luck! Once the pushrod swivel on the gearbox was freed off, the new parts were fitted and bled-up and, hey presto, we have a working clutch. Each back wheel was jacked up in turn, the spring brake wound off and brakes de-adjusted. A swift tap around the drum released any sticky linings, then it was a case of resetting the brakes and winding the spring brakes back on. 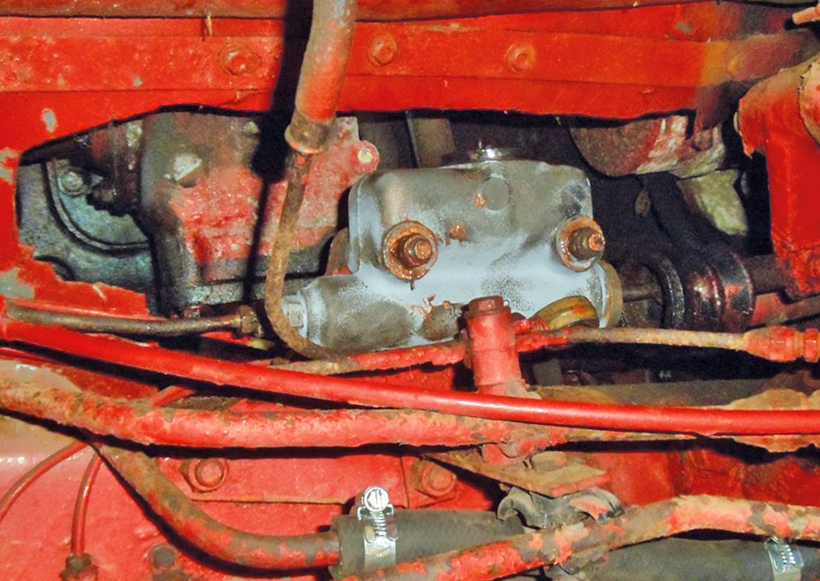 The new master cylinder in place, bled-up and holding well.

The next job was to deal with the air build up issue, which we discovered was being caused by a chafed pipe next to the compressor. The damaged pipe was removed so that a brazed repair could be made, then it was refitted. However, once there was some air in the system, it became clear that one of the steel pipes to the foot valve was leaking, so a quick sleeve-up with a section of rubber hose made that airtight. So, after just one week in East Sussex, The Mustang managed to move under her own power once again!

It’s been confirmed that the Routeman started its life as a Shell tanker, but I’ve been unable to find a photograph of this so far – can anyone help? 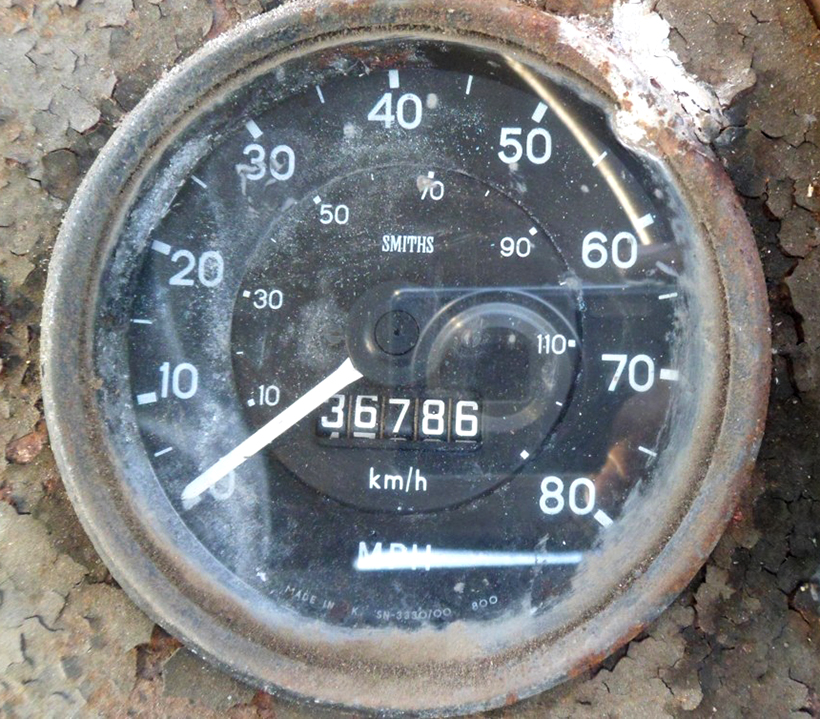 It would be interesting to know how many miles the Scammell has actually covered.

Now the aim is to get her serviceable enough to attend a couple of local shows in 2022 in her present guise, before a full chassis/cab restoration takes place. However, there’s still a lot that needs doing; the starter and one indicator are just about the only functional items on the electrical side, while all 12 11×22.5 tyres need replacing and the chassis is blown apart by rust in the dual rail area, around the rear bogie. But I’m confident that we’ll get there eventually, thanks to Mick Gould and the lads at work and, of course, to Lucy, my wife! 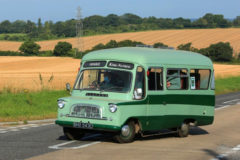 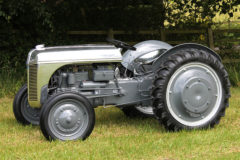