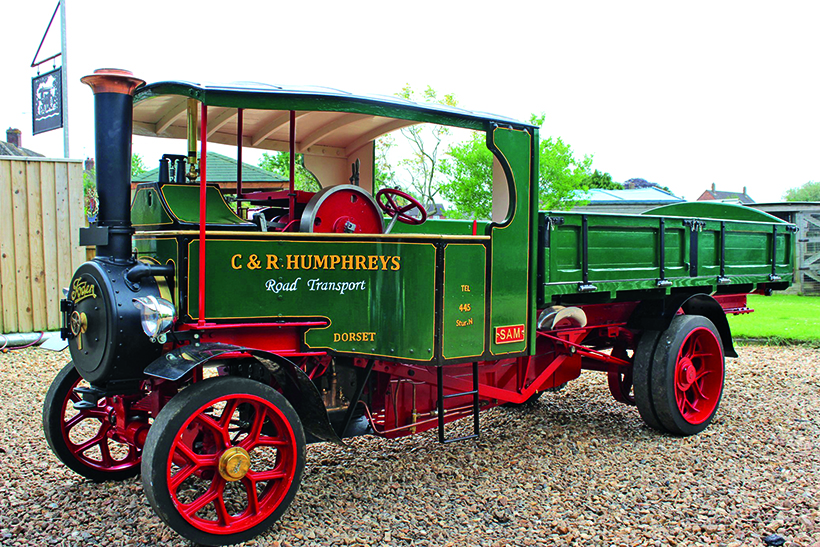 A finished Foden: Karl Humphries’ 4½in example is being built from a Steam Traction World kit.

It’s always very encouraging to come across youngsters embracing our hobbies with enthusiasm and I’m happy to report that, down in Dorset, 18-year-old Joe Rawlings is doing just that. He recently embarked on the building of a 4½in-scale Foden C short-wheelbase DIY steam lorry kit in his grandmother’s garage.

Joe is no stranger to the steam world and, as a former Steam Apprentice Club member, he’s been helping-out on the full-size engines owned by local enthusiast, Dave Loader, since 2014. In fact, Joe got his father, Steve, interested too, and Steve is now a regular crew member for Dave, supporting at local rallies and on road runs. Last year, Joe was often to be seen steering for Dave on the charity trailer rides in the heavy haulage area at Dorset. 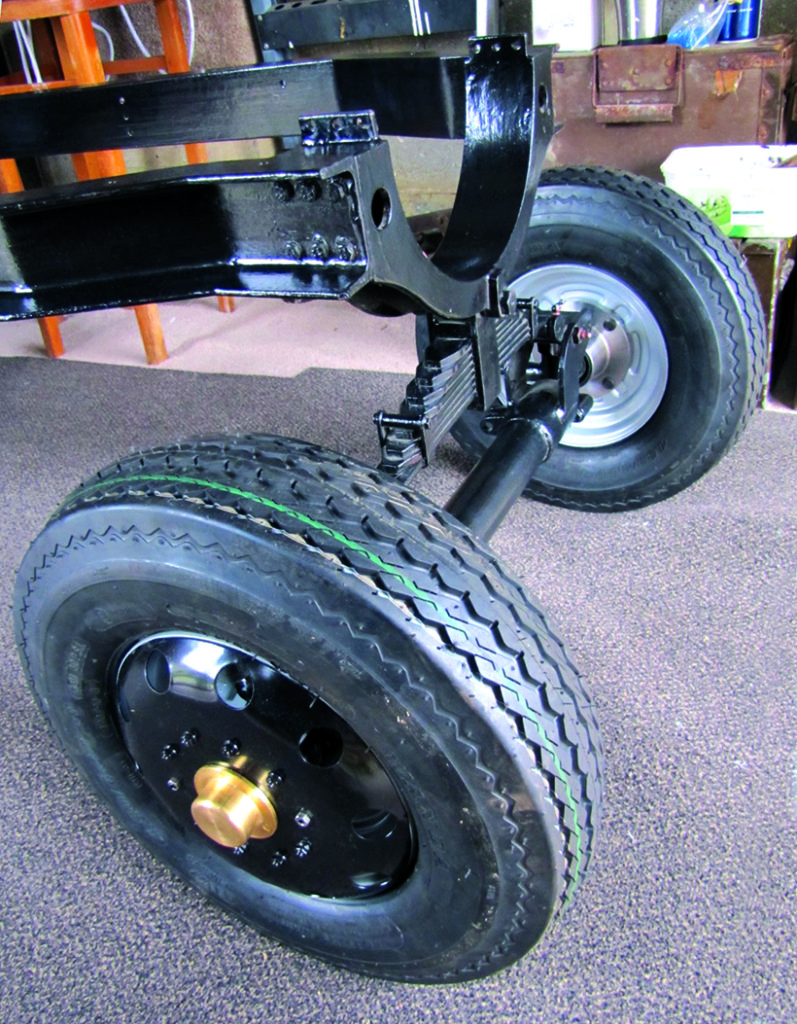 The front end, awaiting the smokebox.

It was at The Great Dorset Steam Fair that, over the years, Joe had seen the Steam Traction World stand, and set his heart on building the Foden, finding the look of the short-wheelbase version very appealing.

So, his 18th birthday present back in January 2020 was the required deposit to get the project moving. Joe is building it on a month-by-month kit basis and, so far, has completed kits 1-5, with 26 in total before the job is finished. He hopes, on that basis, to have the vehicle built by early 2022, and Old Glory magazine intends to follow his journey through to the engine’s first steamings and rally attendance. 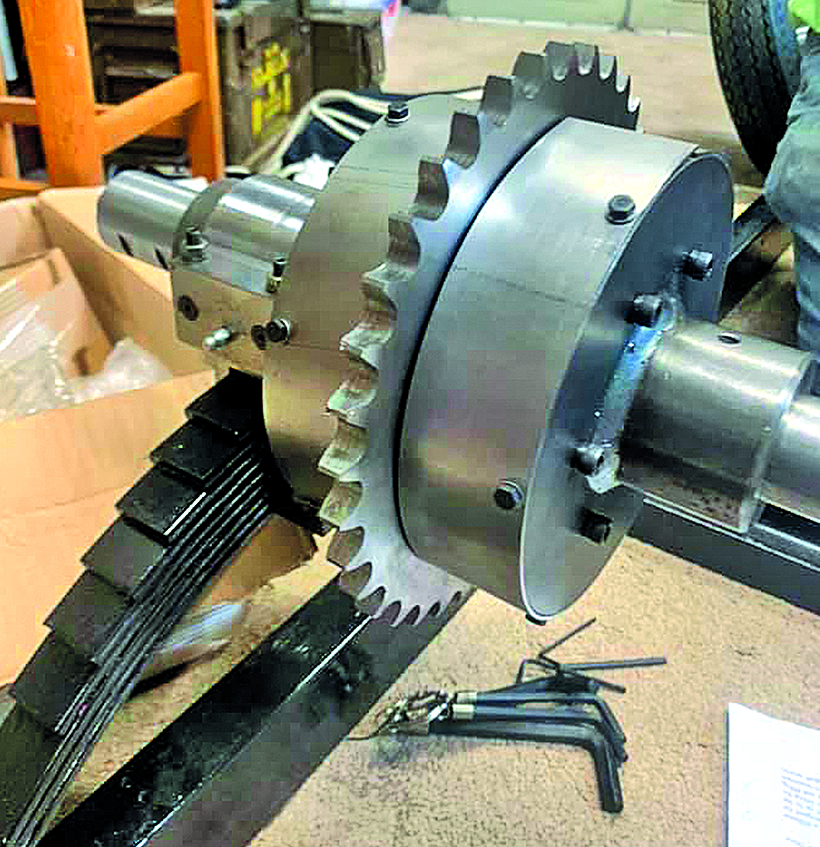 Completion of the initial kits has involved the assembly of the frame, axles, front wheels and differential, and Joe has found everything so far to be well made, with nothing more than some filing here and there needed to bring it all together. The hardest part to date has been the lining-up of the springs, but this became easier after a couple of attempts, plus some light lubrication.

Joe says that he’s found the assembly notes, written by the late Steve Baldock of Steam Traction World, to be both informative and light-hearted to read. He’s also been impressed with the owners group on Facebook, which happily provides encouragement and support – not that he has needed any yet. 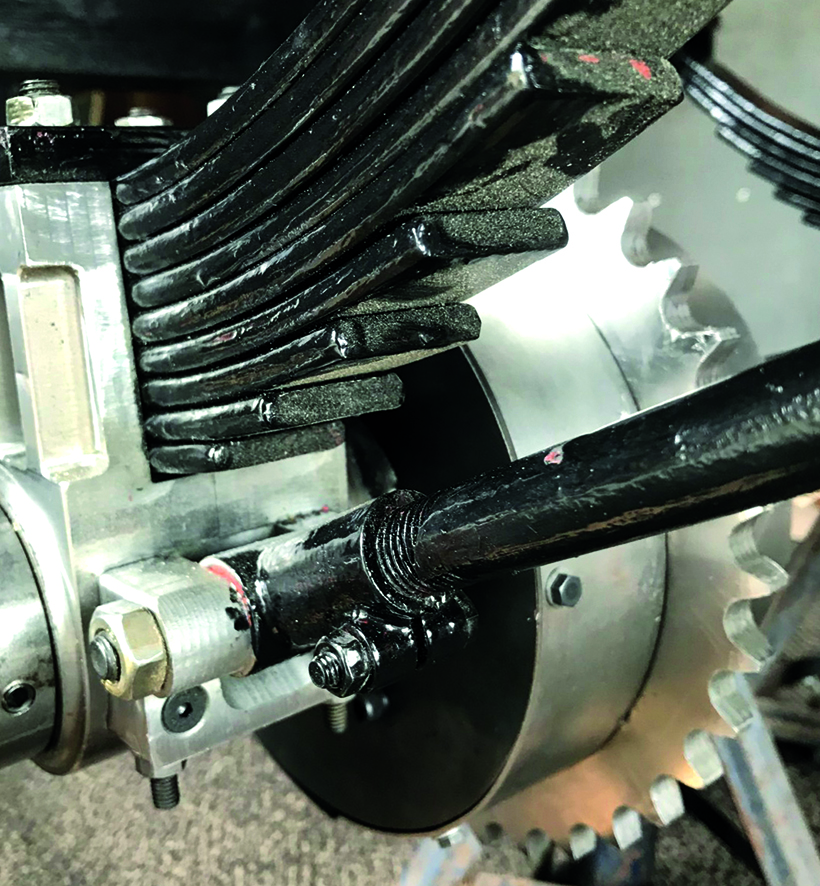 The differential and springs in place.

The next kits will see the rear wheels being attached, the steering, water tanks and smokebox being assembled and then located on the frames. It will certainly be taking some shape by then and, with both sets of wheels on, it’ll then be easily movable. Joe intends to make a visit to the factory in Daventry when he gets to the boiler kit stage, which is kit No. 15 in the process, so that should be early this summer.

Away from building the Foden, Joe’s currently doing his Level 2 apprenticeship as a bench joiner at his father’s joinery business. He intends to finish the Foden in a black-with-white-lining livery, sign-written Lytchett Minster Joinery Ltd. He’ll be continuing to help out on Dave Loader’s engines when the rallies are back on, and also satisfying his love of steam at the nearby Swanage Railway, where he’s now on the roster as an engine cleaner ­– everyone’s first appointment on the career path to becoming a driver! 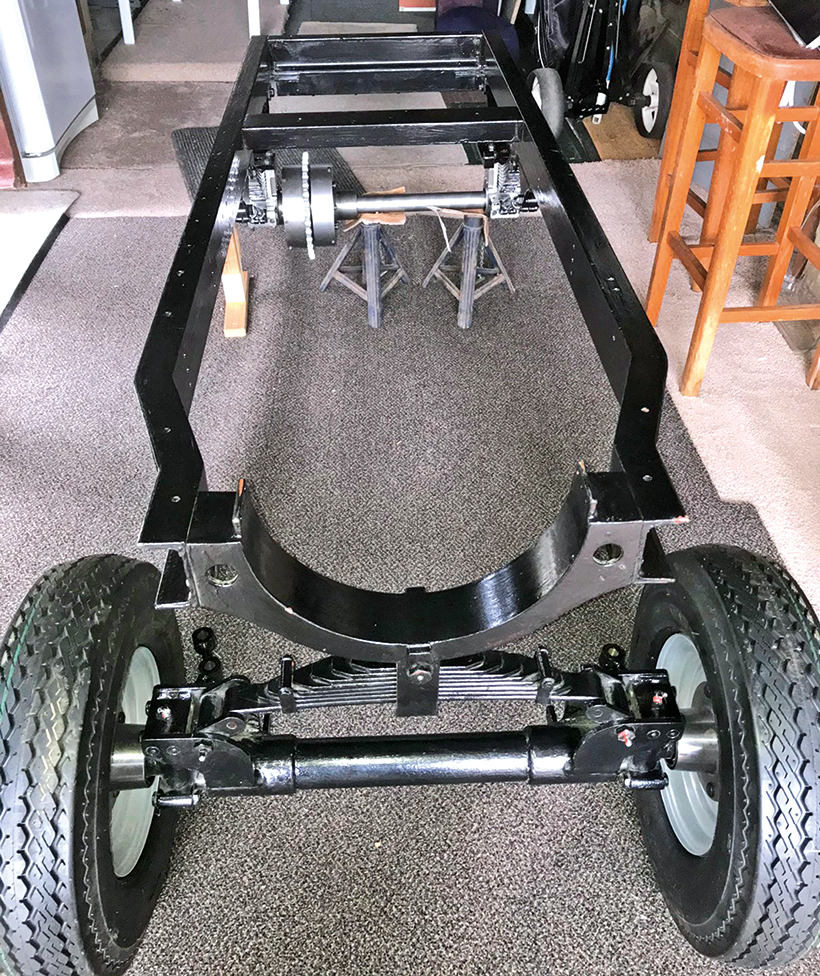 The Foden starts to take shape in Joe’s grandmother’s garage.

We certainly wish Joe well as he continues the build the Foden, and look forward to sharing more of his progress in the future. 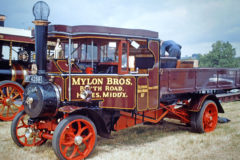 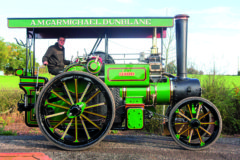