Jim Smith tells the story of his treasured, 1951 Nuffield DM4 tractor, which he rescued from a neighbour’s farm. 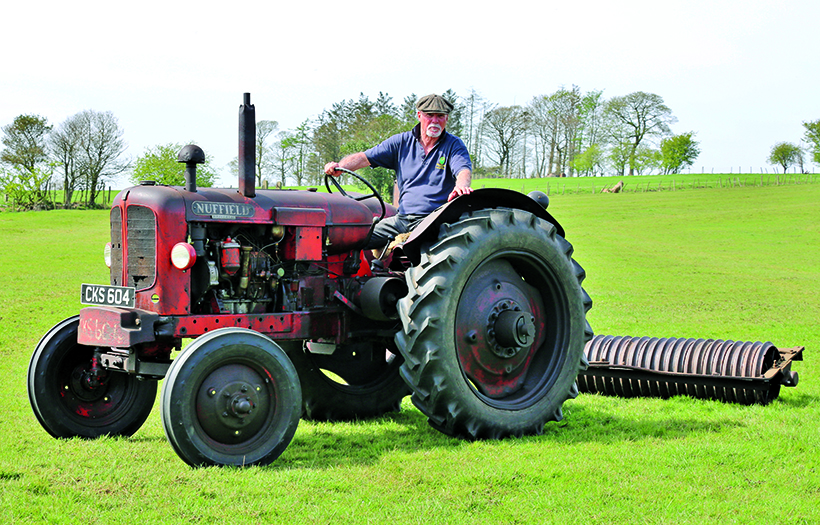 The 1951 Nuffield DM4 tractor was used with a McConnel excavator when with its previous owner, putting its 2,000lb lift capacity to the test. (All pics: Jed Winstanley)

This tractor was originally bought brand-new by our neighbours, in 1951. I used to watch it at work over the fence during haymaking season and marvelled at its sheer size. We had Ferguson and International Harvester tractors at the time that looked small, even to a five-year old, compared to the Nuffield.

It’s a Nuffield DM4 with the factory-fitted, 3.15-litre Perkins P4(TA), developing 45bhp and 130lb/ft of torque at 1,300rpm. This is not much more than an MF 35 or IH B-414 but, apparently, Morris Motors Ltd. urgently needed a diesel to keep up with the competition, so fitted this engine for a few years before the BMC OEA diesel unit was produced.

The engine is, perhaps, a bit underpowered on the road with the high top gear. It slows down noticeably on the hills unless you keep the revs right up, but it’s perfect for field work and pulls like the proverbial train!

I had forgotten about the tractor until about 10 years ago when it featured in the neighbours’ farm sale catalogue when they sold up. I had an ‘unofficial’ viewing before the sale and found it at the back of the shed, still sporting the McConnel digger that it always had in the winter months. The tyres were perished and flat, but the tinwork, although covered in dust and bird droppings, looked intact.

On sale day the tractor ran, the tyres were inflated and it looked immaculate, just as it does today, because every year the bodywork had been lovingly oiled and the tractor had been regularly serviced by a family member who was a well-respected local mechanic. 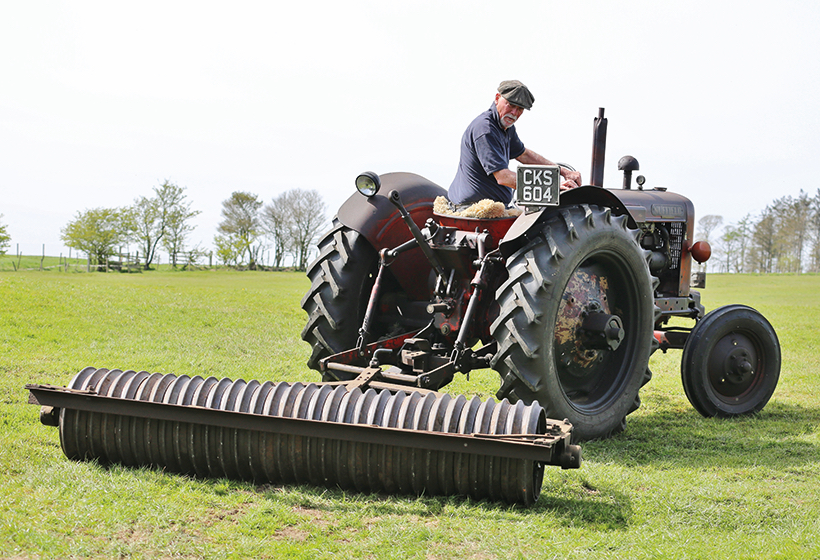 I just had to buy the tractor! I didn’t care much about how I’d get it home, because if all else failed I could make a hole in the fence and drag it home through the fields!

Thankfully, luck was on my side and I became the new owner, but after I’d parted with my money it stopped and refused to restart! No problem – I would just run home to get the Massey Ferguson 135. I figured we’d either bump start it or tow it home. There were the very dodgy-looking, half-inflated tyres to consider, though. Would they hold air on the two-mile journey home?

We dragged the Nuffield home slowly without mishap and, to cut a long story short, I decided that the tractor should be taken apart and rebuilt, with the brief that originality should be retained wherever possible.

Many parts that we needed for the tractor came from Charnleys, the well-known Nuffield specialist, local to us – just 20 minutes away. I was shown round a massive shed full of used parts for every possible Nuffield model. It was like ‘parts heaven’ for someone looking for used bits for a tractor, where originality is key.

Stuff for the brakes, clutch and steering was straightforward to come by and I was surprised at how easy it was to get a replacement fuel tank, but the greatest achievement was finding replacement rear wheels that matched the original set – but more on that shortly! 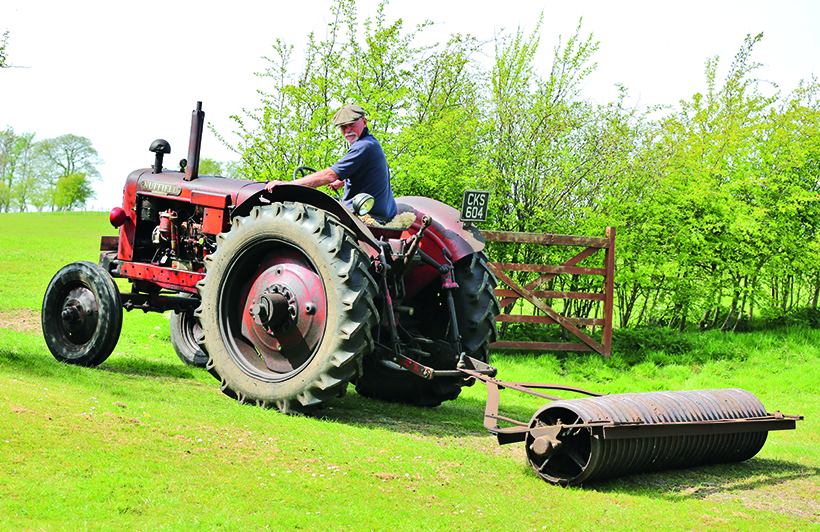 Originality is important to Jim, and he is always looking out for parts that will enhance the tractor’s appearance.

A lucky escape
All those years on the digger had taken their toll on the original rear tyres, although they looked reasonable when inflated! I remember being on a test run towards the end of the rebuild when one of the original rear tyres burst and the rim disintegrated. We were deciding what maximum revs should be on the newly-rebuilt engine, basing our judgment on maximum road speed in top gear. The tyre blew just after we’d settled on a very comfortable 22mph, with the engine relaxed and pulling well.

Luckily, we had rebuilt the brakes and sorted the steering. My biggest surprise, however, after guiding the tractor to a fairly eventful stop, was to find myself covered in water! The previous owner had obviously filled the rear tyres with water at some stage to increase traction, and a couple of gallons or so had lingered there until then!

With replacement rear wheels from Charnleys, I got Ribble Valley Tyre & Auto Services, of Longridge, to fit some new rubber. They always offer great value and an on-farm fitting service, so there was no need for me to break a sweat!

Since the rebuild the tractor has had an eventful life. The highlight must be when we were invited to the Newark Vintage Tractor & Heritage Show in November 2012, to display the tractor in the Perkins exhibition marquee. The Nuffield was also judged best tractor at the 2015 Chipping Steam Fair, and also at Chipping Show a couple of years ago. 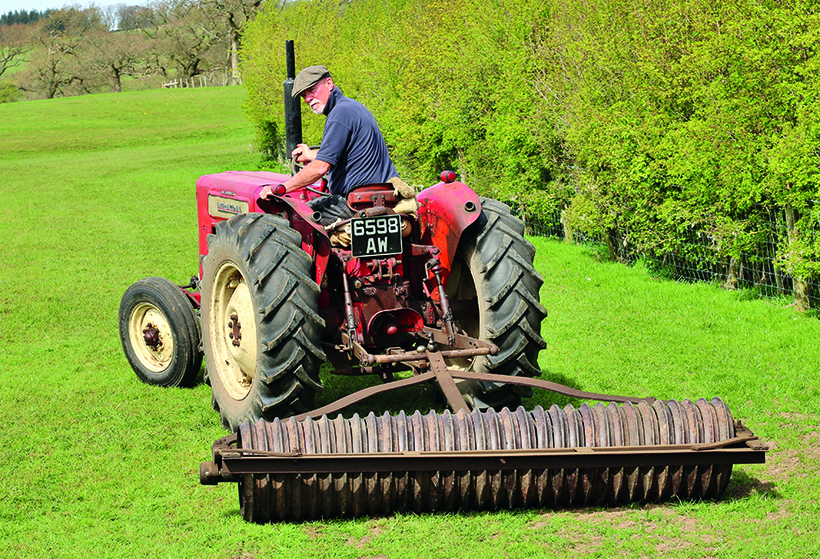 An IH B-414 provides an interesting comparison, as far as Jim is concerned.

It’s a great tractor for road runs, topping out at about 22mph, and as part of the farm fleet it acquitted itself brilliantly on the Cambridge roll this spring. It’s usually a bit heavy for rolling, but this year it’s been great because the ground is harder and the tractor leaves no marks.

My usual rolling tractor is my IH B-414 and if we were to do a head-to-head here, comparing each tractor pulling the Cambridge roll, it would be difficult to declare a winner! This surprised me, because I am a massive B-414 fan.

The roll itself is interesting and despite me trying to ascertain the maker, I’ve not had any luck finding out. My grandfather allegedly bought it second-hand in a farm sale in the 1920s or ’30s, so it has a bit of age to it. My dad would have pulled it behind one of the family’s Fordsons in WW2, when they apparently had to plough up most of the farm and surrounding area as part of the war effort to feed the nation.

Incidentally, you may have noticed that I always hook up to the nine-hole drawbar on the lower links when rolling. That way you can give it full lock at the headlands with no fear of snagging the rear tyres on the roll, and you can achieve a degree of weight transfer from the roll to the tractor’s back end to eliminate the risk of wheelspin by raising the hydraulics when working on a tricky slope, or if you hit a soft spot in the field.

If any readers think they can identify the maker of the Cambridge roll, I would be interested to hear from them. Please get in touch with the editor in the first instance: tm.ed@kelsey.co.uk. 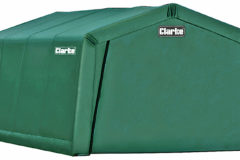 WIN a Clarke garage/workshop worth £310! 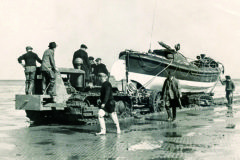