This very rare Massey Ferguson 3165R has been with one owner from new, but now it’s for sale and you could buy it! 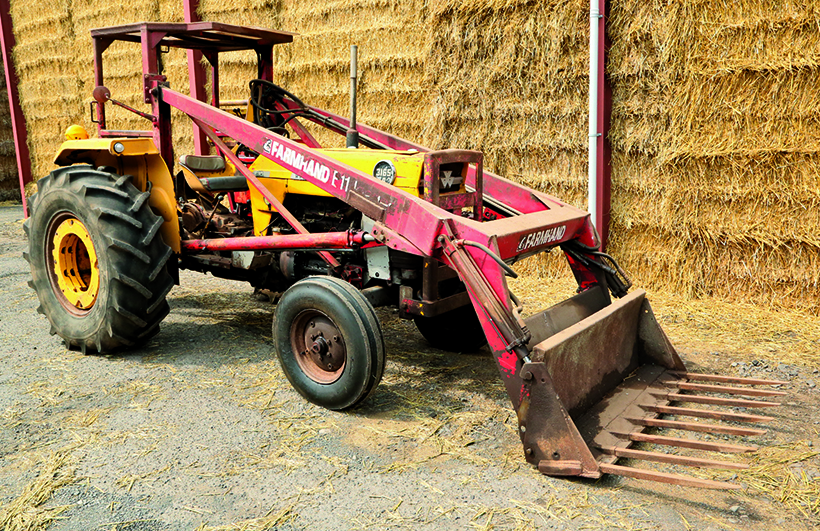 Rare Massey Ferguson 3165R: The Farmhand E11 loader is not particularly exciting, but has protected the tractor admirably down the years.

What a wonderful original tractor this 1967 Massey Ferguson 3165R truly is; it might not be in the MF red and grey livery, but it’s a genuine machine from the line of MF Manchester-assembled industrial products.

The tractor has only done 3,836 hours, has been regularly serviced and has lived on one farm with the same owner from new. There can’t been many tractors left that boast such credentials, and now it’s for sale!

The major feature of this tractor has to be the Funk ‘Instant Reverse Transmission’, which has been regularly serviced and still works well today. Former MF salesman, Richard Sherratt, said that he never sold one of these types of tractor during his selling career, but can see the advantage of the torque converter transmission, which was certainly ahead of its time. 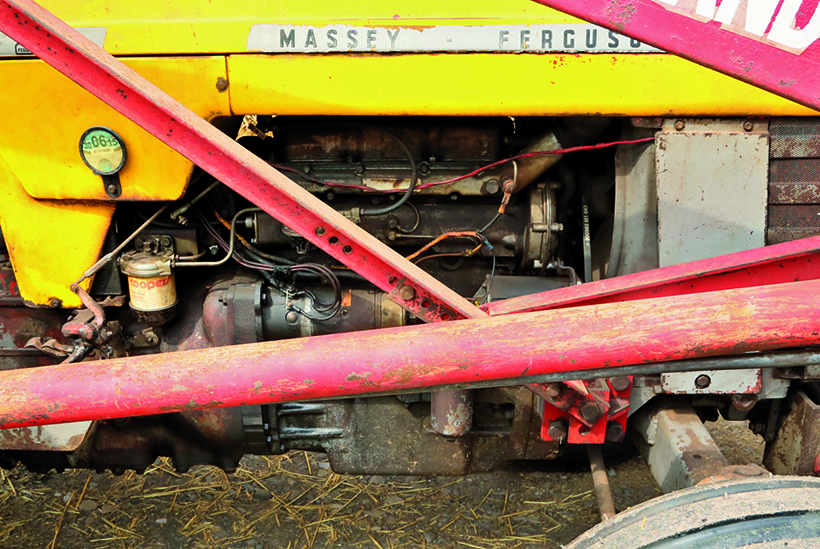 Totally in its original ‘clothes’; just the way you want a tractor to be these days.

In fact, it’s suggested that Massey Ferguson was possibly the very first tractor manufacturer to put a torque converter transmission into production, in 1959. Remember automatic transmissions became the ‘in thing’ for North American cars, particularly in the 1950s, although the UK market didn’t start catching up until the 1960s, and only then in very limited numbers – it’s a different story today!

Various tractor and transmissions companies had been experimenting with such a device since the late 1940s, but Ford went down the Select-O-Speed route (10 forward speed and two reverse) in 1959, starting with the Workmaster range; you selected the speed using a lever near the steering column. 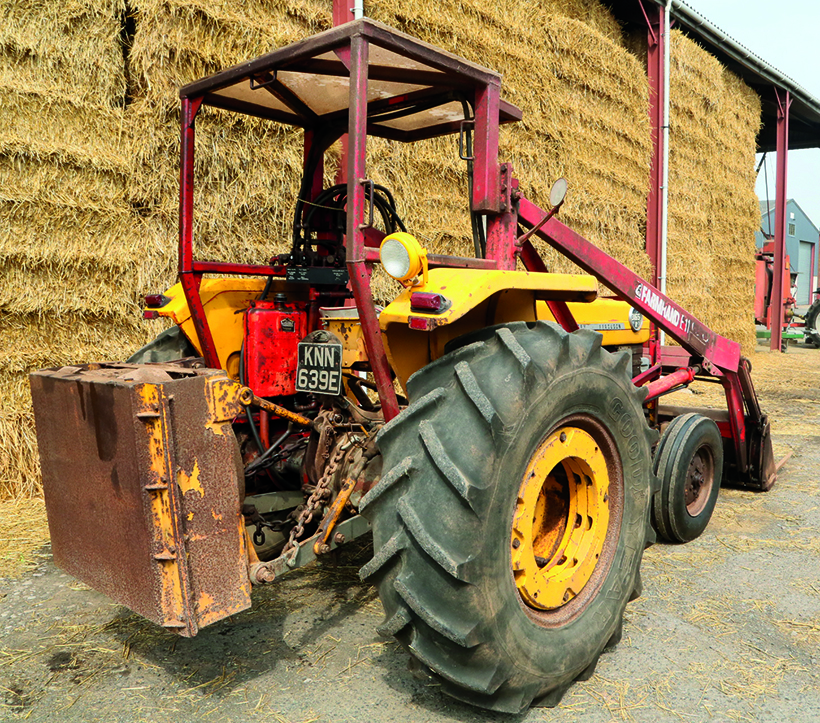 Amazingly, the original weight that was sold with the 3165R is still on the backend today.

It wasn’t fully tested and was high on maintenance – something many mechanics didn’t understand properly at first. Whether it was pushed through early – knowing what MF was up to in the same city – is all conjecture now. As we all know, it was John Deere which perfected this style of drive, with its Powershift system later in the 1960s.

The first MF ‘Instant Reverse Transmission’ came on line from the Detroit plant with the Industrial 204. The basic system was developed successfully, and was still around in 1984 and beyond. ‘IR’ was mainly used by MF in industrial and forklift applications and, as long as you looked after the oils, you were quids in.

In this day and age, there are hardly any of these Massey Ferguson tractors around, so to find one this original, based on an early 165 frame, is very special indeed. 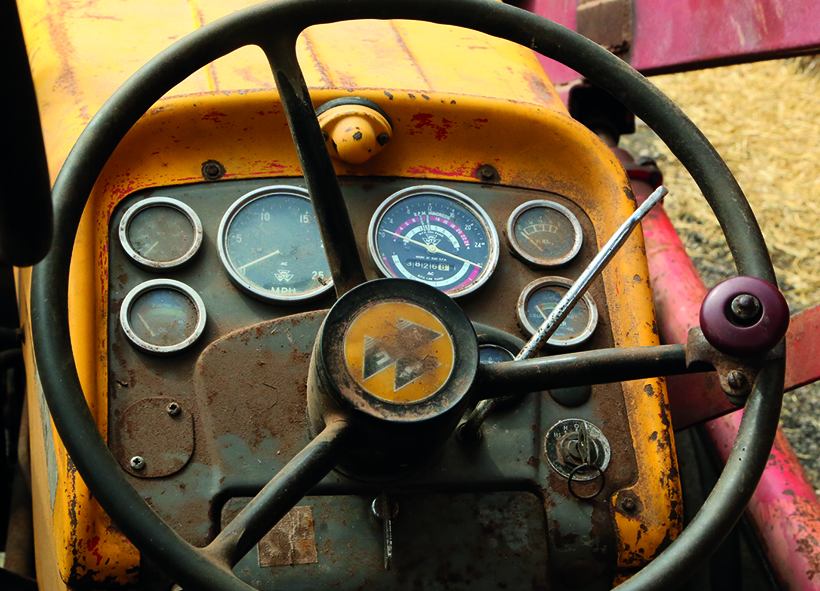 With only 3,826 hours on the clock, this tractor is certainly quite a find! The dashboard will clean-up well.

Chris Clack, MF guru says…
From memory, the ‘3’ was to distinguish it from the agricultural version, and the ‘R’ for the torque converter transmission. From what I can see in the photographs, the operator has his right foot on the forward/reverse foot throttle levers; the foot brakes were then positioned for your left foot. It didn’t have the ‘hard nose’ of the fully industrial model (MF 3303), which usually had a front-end loader fitted and, often, a rear backhoe.

MF Industrial was busy endeavouring to sell products to councils and municipal operations at that time. There was also the MF 65R model and, before it was assembled at Manchester, the normal MF 65 tractor agricultural panel work would be painted yellow. They were often fitted with an MF industrial loader, but certainly with a torque converter transmission, as per the three-cylinder MF 205 model (based on the Perkins-engined MF 35 agricultural tractor); the MF 203 model had a manual transmission. 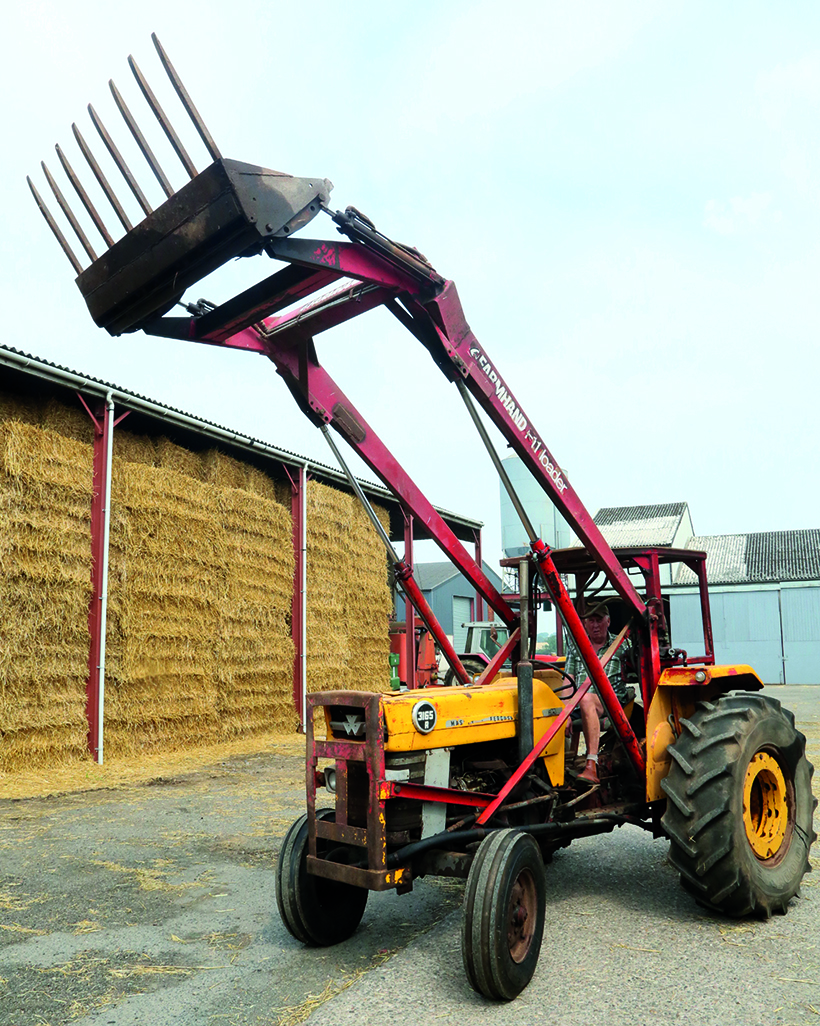 This is certainly the MF find of the year! What’s more, as it’s currently for sale, it could be yours.

Additionally, the ‘Instant Reverse’ transmission was a Funk design adopted by MF. It was thus called ‘Instant Reverse’ everywhere, except North America, where it was referred to as ‘Reversamatic’ – hence the letter ‘R’ in the model designation. For a standard, manual transmission, the product had a suffix ‘S’. With regard to the prefix ‘3’, this signified an upgrade from the number ‘2’ in a model number sequence – the upgrade being a change of engine etc.

While the tractor photographed here has a Farmhand front grille guard, they were supplied ex-factory with an MF version, where the mounting formed the front mount bracket for the industrial loader. At 3,800 hours, the transmission should be fine, provided it has had the odd oil and filter change – as this one apparently has. They were known for exceptional reliability and long life, and make a fantastic loader tractor on the farm. 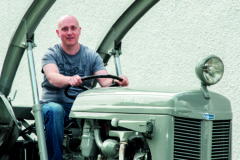 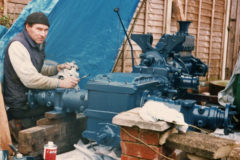