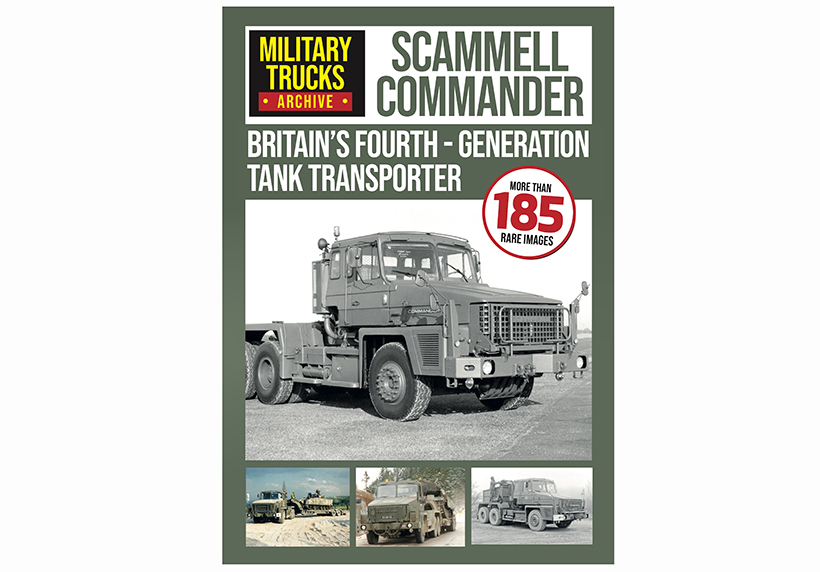 The latest in Kelsey’s exciting tank-transporter bookazine series, Military Trucks Vol 4, covers the Scammell Commander; a mighty, 65-tonne Rolls-Royce-powered tractor that was designed to replace the ageing Thornycroft Antar in West Germany… but which went on to acquit itself superbly in both Gulf Wars, as well as in the former Yugoslavia.

Originally described as the Antar Mk4 – and later as the Contractor Mk2 – the Commander was typical of the massive, heavy-duty trucks for which Scammell had become known worldwide. And yet, the story of the Commander’s development is shamefully protracted and, at one time, included the cancellation of the entire project. It wasn’t until the February 24th, 1984 – almost 16 years since the project was initiated – that the first Commander entered service, with the last following in early 1985. 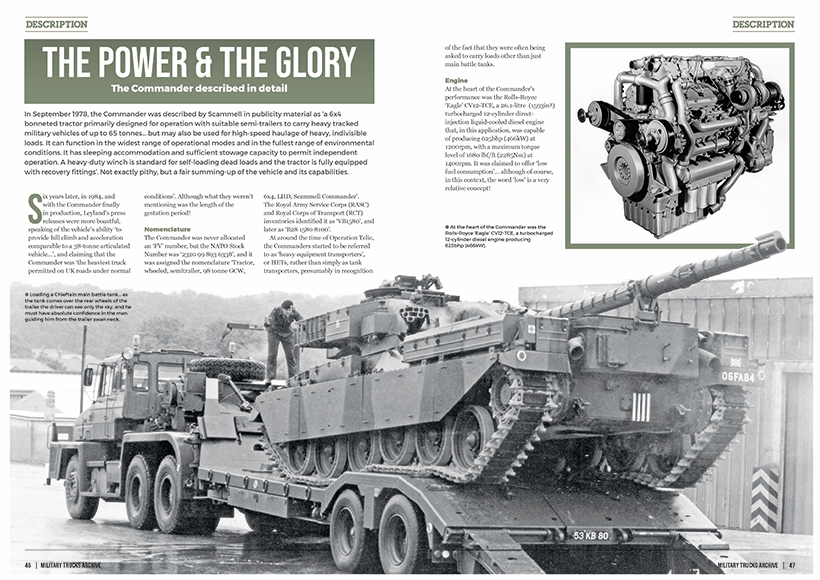 A mid-life rebuild was necessary after the first Gulf War, which provided a new lease of life, but the sheer size of the Commander, coupled with the fact that the load was carried on just five axles, meant that its days were numbered.

In 2003, the Commander began being replaced by the Oshkosh M1070F, and a total of 100 surplus Commanders were sold to Jordan. Today, it’s believed that just three Commanders remain in Britain.

This new 100-page, perfect-bound, A4-format bookazine has been edited by Pat Ware and is available for just £8.99 direct from the Kelsey Publishing online shop. Place your order simply and quickly by clicking here 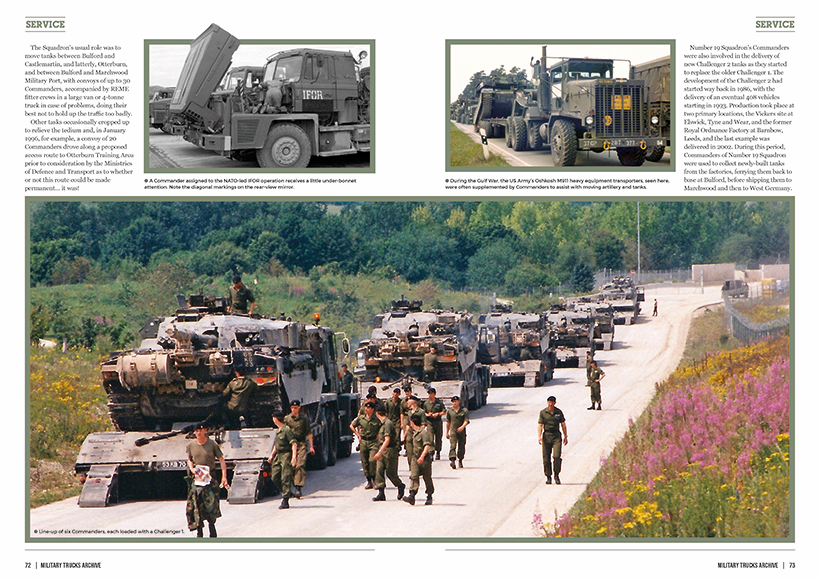 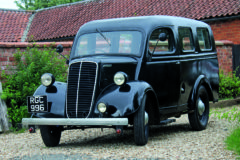 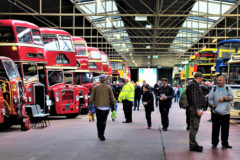