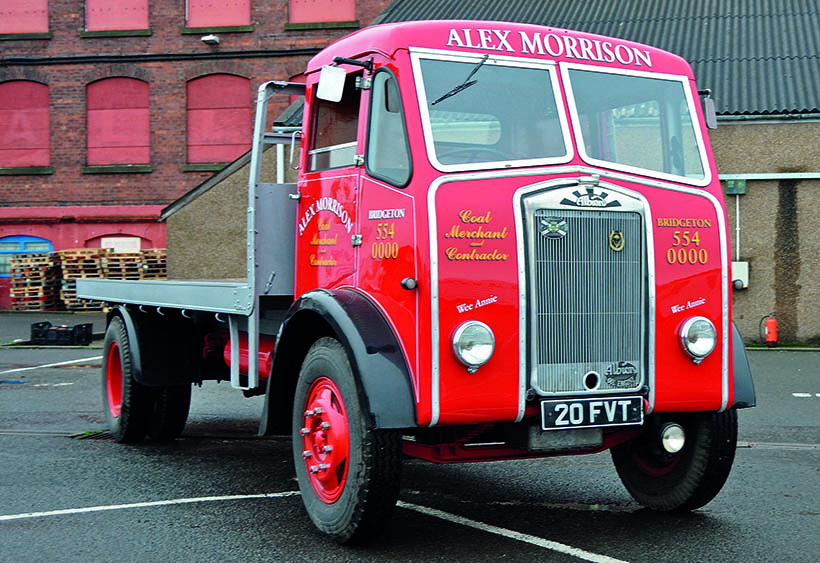 Alex Morrison takes his 1958 Albion Chieftain lorry to Scottish shows on a regular basis. It’s a particular favourite at the open days held at the old Bridgeton bus garage, in Glasgow’s East End.

Glasgow has enjoyed a new lease of life since the Commonwealth Games were held there in 2014, with the East End, in particular, benefiting from a number of new facilities. These included the athletes’ village and the state-of-the-art Emirates Arena velodrome opposite Parkhead stadium, home of Celtic football club.

All this is relevant to this story as, besides running a haulage business, Alex Morrison is also one of Scotland’s top boxing promoters, and manages several fighters. “I’m an ex-amateur fighter myself, and have been involved in boxing from an early age,” he explained. “I was originally brought up on the Isle of Skye, but the family moved to Glasgow when I was quite young.” 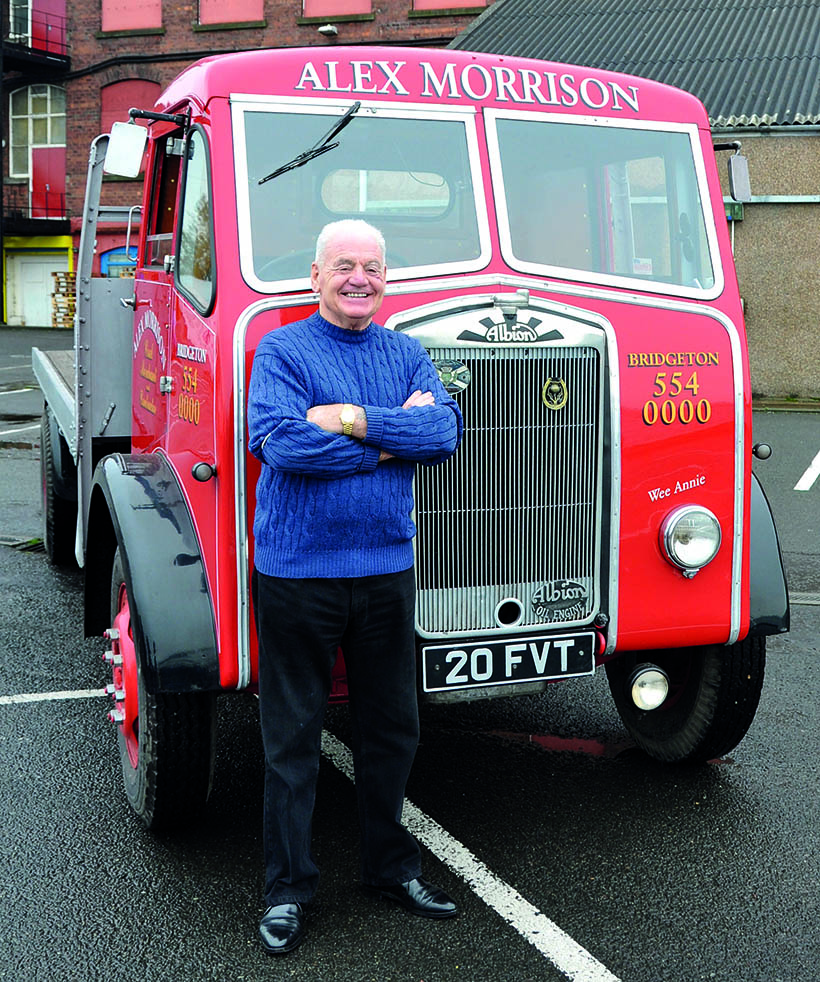 Different times
“Things were certainly different in the city back in those days. Most people had to put up with outside toilets, and there was no inside bath or shower. One of the benefits of being a boxer was that you got to use the shower in the gym after you’d finished training.

“I still recall the times when I used to stand outside Glasgow’s shipyards selling fight tickets. In those days, the best boxers in Scotland were on a par with top football players. Nowadays things have changed. Although people will still turn out in large numbers to support Scottish boxers, it’s a far cry from when I started out as a promoter 30 years ago.” 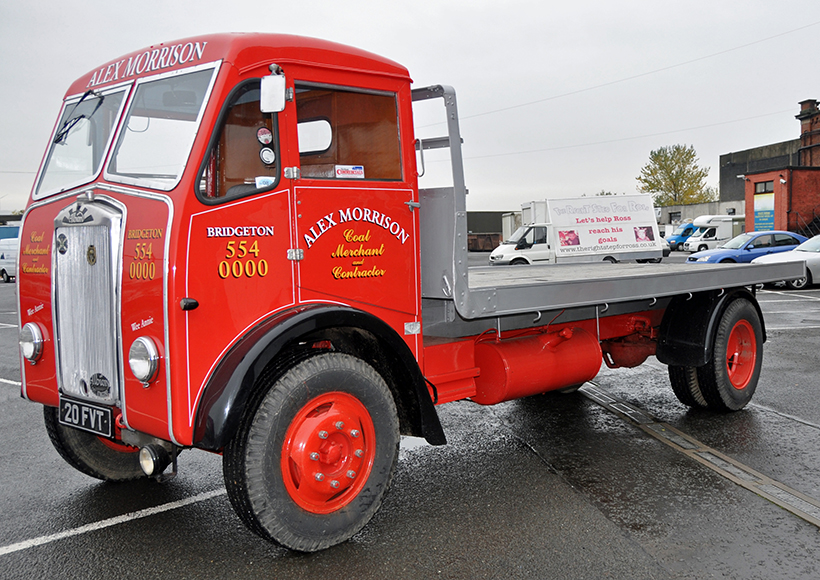 The lorry was new to BRS at Stoke-on-Trent, and then got sold into private ownership in 1969.

These days, Alex is more interested in promoting Scottish boxing at grass roots level, and preserving the sport for future generations. But, in addition to supporting the Noble Art, his family business – Dalmarnock Transport Ltd – also runs a fleet of lorries.

“These days we haul mostly local stuff, and we’re mainly into scrap metal,” he explained. “Haulage today has changed from what it used to be in the early 1960s. I remember starting out with one lorry. At that time I was hauling coal, and you had to keep your wits about you. Sometimes you had to write a cheque for goods over the weekend, knowing that the money had to be in your bank account by Monday morning, otherwise the manager would be on the phone.” 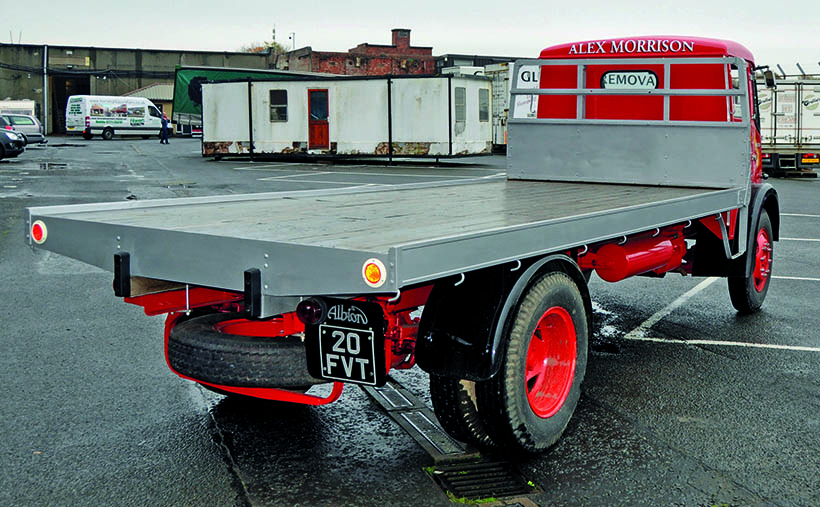 The lorry’s flat body has recently been restored.

Delivering coke
“One regular trip we used to make was to Machrihanish airport in Argyllshire, with a Bedford S Type loaded to the brim with 14 tons of coke. Machrihanish is near the bottom of the Mull of Kintyre, and the 130-mile road trip follows a very circuitous route. It takes around three hours today but, back then, it took much longer. We had to leave at 5am and, when we got back late in the evening, we still had to load everything up for the next day. All for just two pounds ten shillings a trip!

“Times could be hard. Before I started out on my own, I was delivering coal for somebody else, behind the wheel of a Thames Trader. The lorry had a faulty driver’s window that wouldn’t close properly. Worse, it kept letting in the rain. Unfortunately, you just had to get on with it in those days. I ended up having to drive the lorry all winter sitting on a wet seat, with the only available heat coming from the engine. 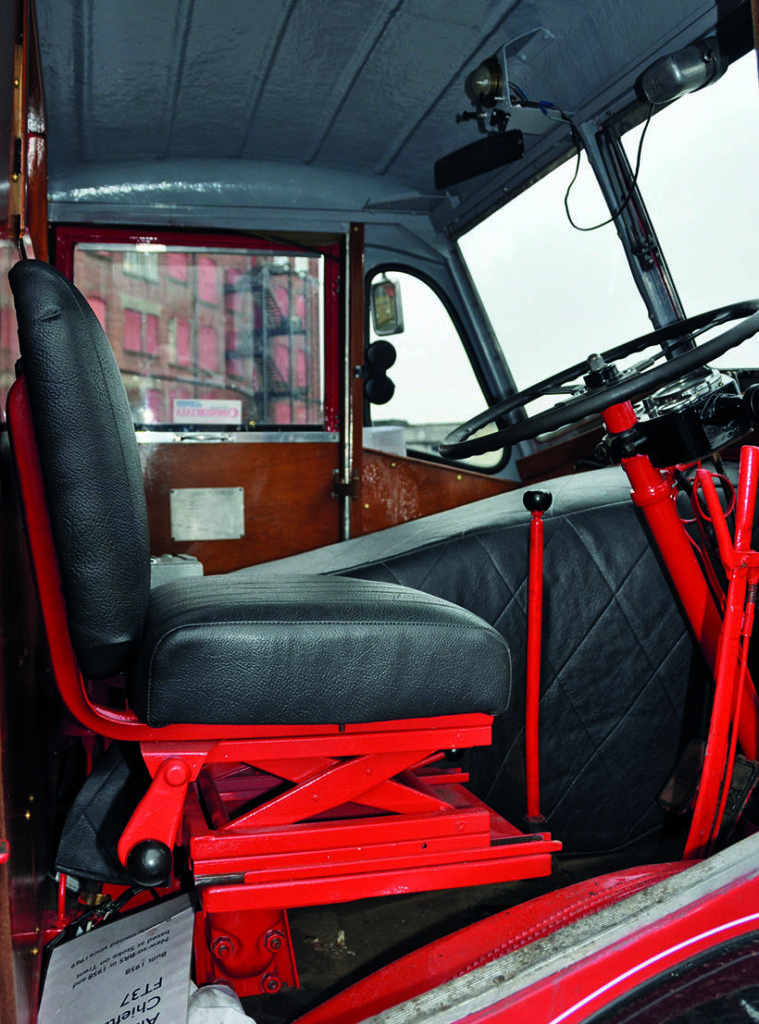 Cab and seats were refurbished by Alex’s son.

“I decided to get my own licence, and started doing tipper jobs. I then moved on to a flatbed lorry, and used to buy 45-gallon drums to sell to customers. I also got involved in the early days of pallets. Sometimes it was a case of turning your hand to any work you could get, simply to stay afloat.”

Then tachographs were introduced. “To be fair, I never had a problem with them. They tended to work in the owner’s favour, because at least you knew what your drivers were getting up to. However, one thing I’ve noticed in recent years, is the steady growth in paperwork. You have to keep tabs on everything nowadays because it’s quite easy to slip-up.” 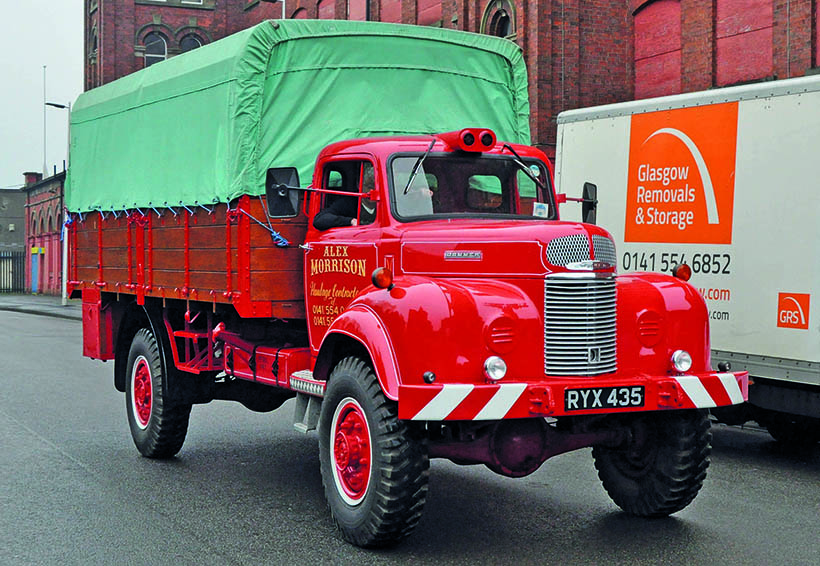 Alex’s other lorry; a 1960 Commer Q4, which saw service with the military and Auxiliary Fire Service.

Classic collection
Alex has driven most makes of lorry during his career in haulage, but decided to start collecting his own classic vehicles only in the past few years. The first lorry he acquired was a Commer Q4. But, like most Glasgow hauliers, he also has a soft spot for Albions in general, and the Chieftain in particular.

“Albion Motors has always been associated with the city,” said Alex. “During its heyday, the factory was a major employer.”

“The previous owner was Peter Dykes,” Alex explained. “I met him at the 2011 Biggar rally, and rang him shortly afterwards. He said he was looking to sell the lorry, and we were able to come to an arrangement. Peter had restored the Chieftain in BRS colours and, while the lorry is more or less in the same condition as when I bought it, I did change the vehicle’s livery, which involved the usual shot blasting and priming. Fortunately, we have our own in-house facilities, and my son took care of the work. The seat covers were getting a bit tatty, so we decided to renew them at the same time. My son also relined the wood panelling in the cab, and finished it off with a new coat of varnish.” 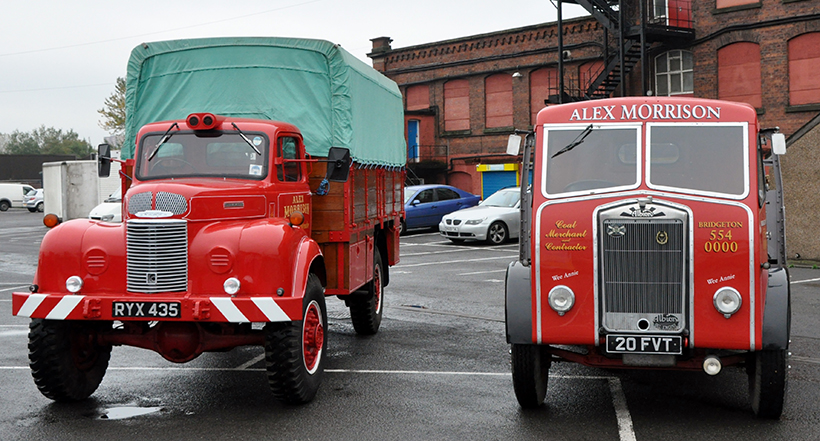 Alex plans to keep 20 FVT for the foreseeable future. He takes the lorry to Scottish shows on a regular basis, and the Albion is a particular favourite at the open days held at the old Bridgeton bus garage, in Glasgow’s East End. “The Chieftain always attracts positive comments, and is a testament to the city’s industrial past,” he told me. 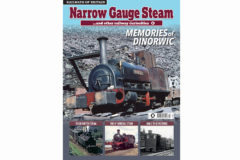 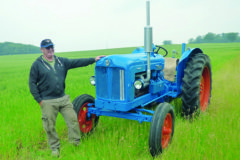