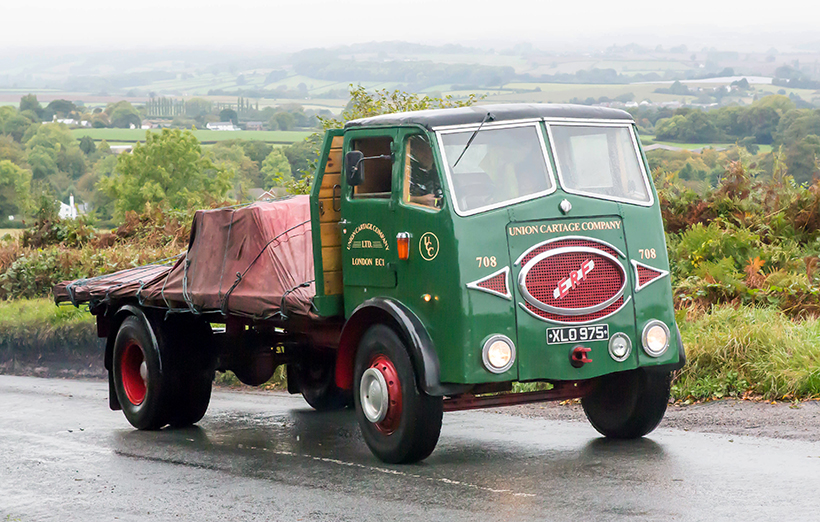 Back together and running; Tony Thompson’s superb and rare, 1959 ERF 54G lorry.

Back in 2016, the spotlight fell on Tony Thompson’s superb looking 1966 Atkinson Mk 1 Black Knight complete with Dyson trailer, which we spotted on the inaugural Somerset and Devon Road Run, organised by the late Peter Thorner. Tony, or ‘Tommo’ as he’s universally known, helped Peter with the organisation so, after Peter’s tragic death in 2017 – just a couple of months before the second run was to take place – he took over the event’s organisation, and has continued heading up the run’s organisation since.

He drove the Black Knight on the 2019 run, but he had another vehicle taking part, which was actually on its first, long outing since passing into Tony’s possession. XLO975 is a 1959 ERF 54G fitted with a coachbuilt cab, and powered by a five-cylinder Gardner engine that’s coupled to a five-speed, David Brown gearbox. The driver on the day was Andy Lee who reported that: “the 54G was a pleasure to drive, and I had a permanent smile on my face. It was great to drive a proper lorry instead of a modern one. The lack of power steering was noticeable, but the experience was great fun, all the same.” 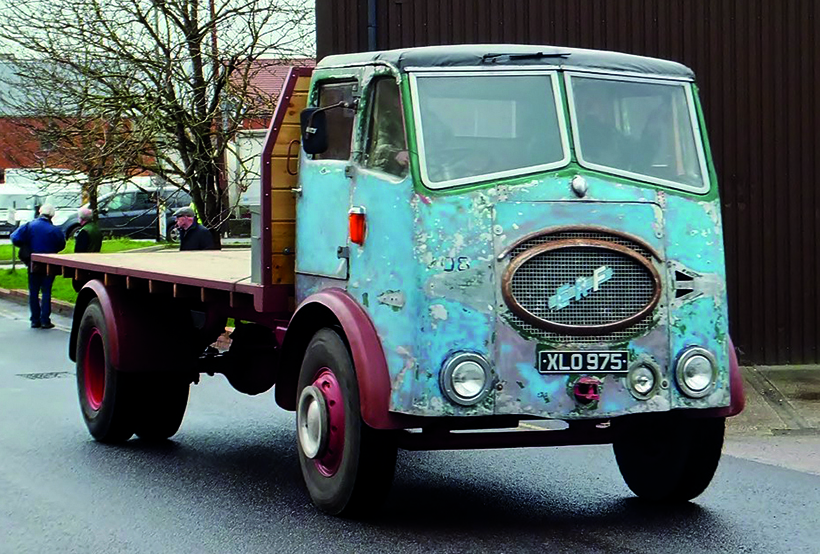 The 54G at the 2014 Gillingham Gathering, part-way through the restoration undertaken by a previous owner.

Meat mover!
Carrying chassis number 9063, the ERF was supplied new to the Union Cartage Company in London, and possibly ran out of Smithfield Market carrying insulated boxes containing meat. After its days in the capital were over, it passed to a couple of firms in the Portsmouth area, subsequently finishing-up standing in a yard for 35 years. Then, in 2010, it was bought for restoration.

During this time, everything was stripped from the ERF and shot-blasted, following which six coats of paint were added. The brake linings, pipes and cylinders were renewed, and a new ash frame constructed for the cab with many of the original panels being retained. However, a new, steel back and floor frame were fabricated and, to complete the restoration, the flat body was rebuilt. 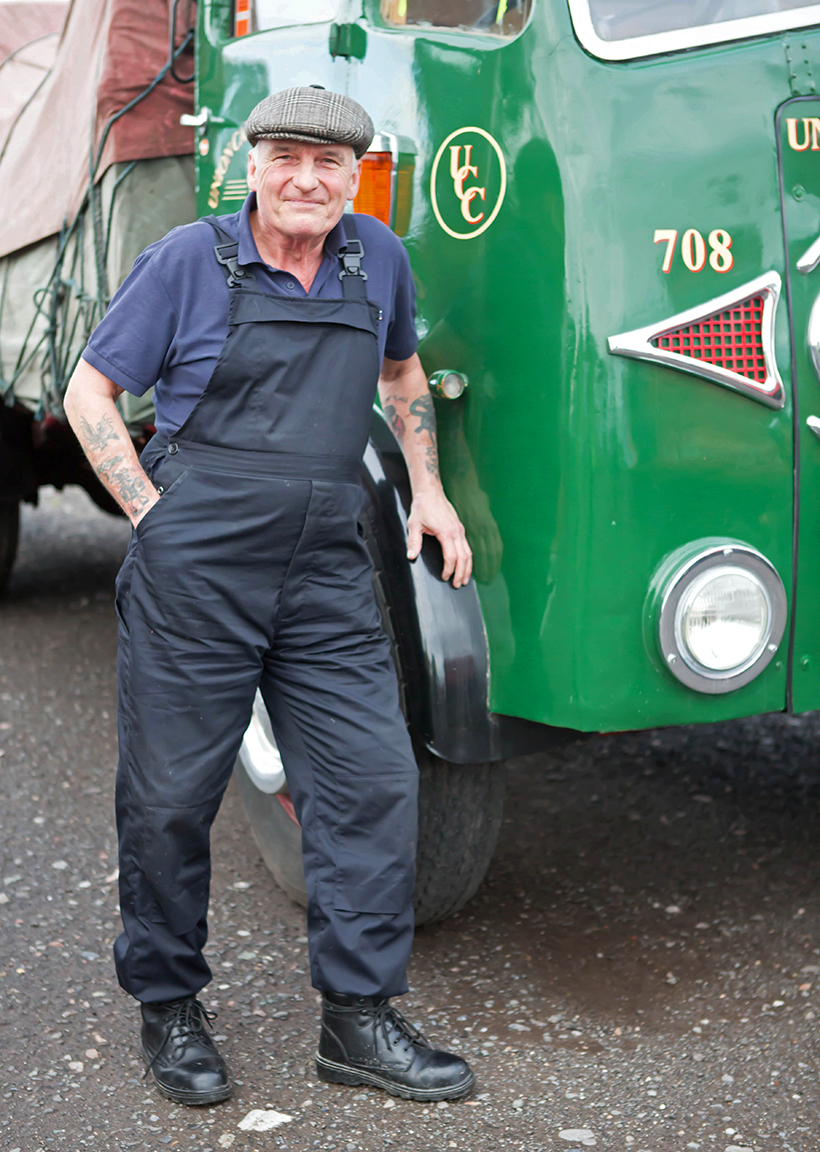 It was seen on the rally circuit during the restoration process, though, appearing in a rather sorry state cosmetically at Gillingham in Dorset during 2014, before work on the cab had been completed. Then, in June 2016, the ERF was sold at auction to Gerald Wheeler, which is where Tony first came across it. “I used to work for him. Every so often I used to go and see him and noticed the ERF standing there.” Tony wasn’t actually looking for an ERF though. “Gerald’s son, Bob told me the story of the ERF, and that it had only stood in their yard since it was bought at the auction,” he continued. “I was asked if I wanted to buy it so, after some negotiation, it passed to me.”

Further tidying
Although it had been restored previously, some further work was still required. The first thing Tony looked at were the brakes. “There was no fluid in the master cylinder,” he said, “I had to sort it out, and bleed it all through.” The engine also needed a thorough service and fluid change all-through. Some improvement work was also needed to the cab. “Some of the ash frame was a bit rough in places, and needed a bit of tidying,” he said. 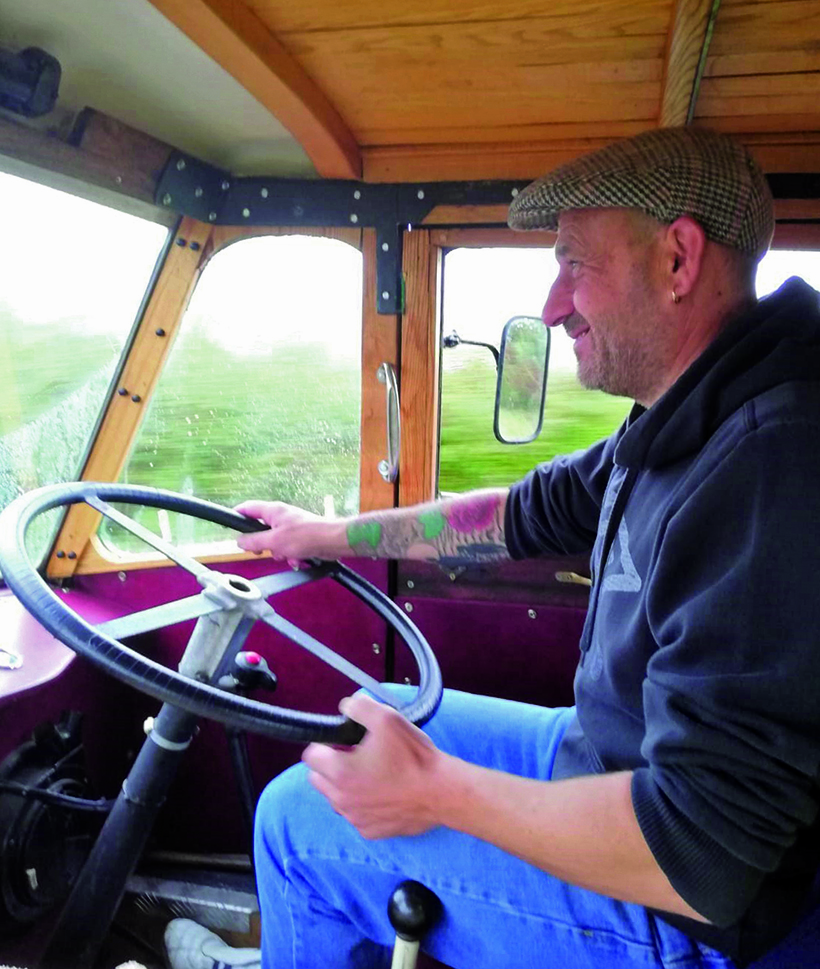 The main work, however, concerned the wiring. “It needed quite a bit of work. Although the headlights, ignition and indicators were all wired correctly, the sidelights, vacuum gauge, speedometer and alternator light all had problems.” The answer was to go through the wiring methodically to sort out the problems. “It took a bit of time, but I managed to get it sorted eventually,” he added. Another small job was to fix the mirrors on to the side of the cab correctly. “They were a bit loose,” Tony added, “while the side rails on the flat bed and the back board were painted green.”

Tony’s Atkinson features a sheeted load that’s been roped-up in the traditional manner. He is anticipating giving his ERF the same treatment in the future, but there’s just one problem; the ERF body wasn’t fitted with any hooks for the ropes. “I attached 24 tie hooks on to the frame,” Tony explained. “My hands were aching after putting them on because of having to twist them into position, with coach bolts holding them on to the crossmembers.” 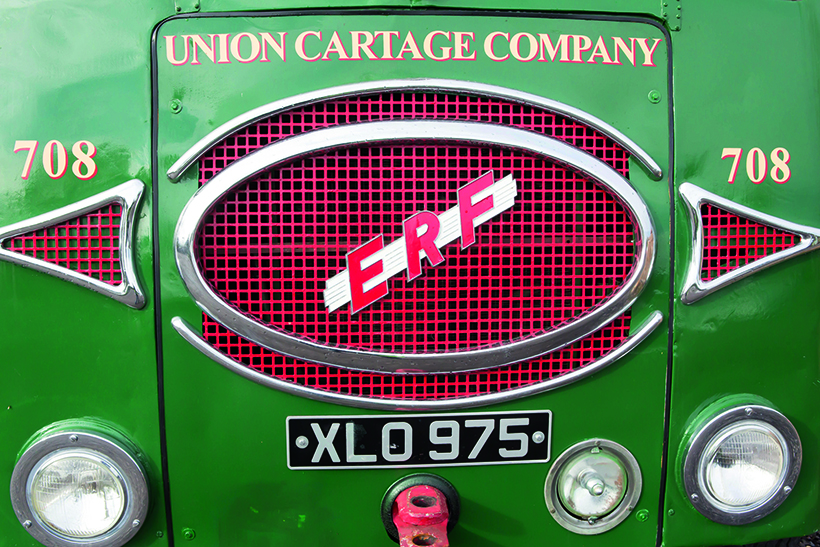 And that was about it. The ERF was ready to go back on the road again, with the Somerset and Devon being its first, long-distance event. While Tony has seen an ERF 54G tractor unit with a coachbuilt cab, he suspects that this is possibly the only coachbuilt cabbed four-wheel rigid left. Unless, of course, you know different… 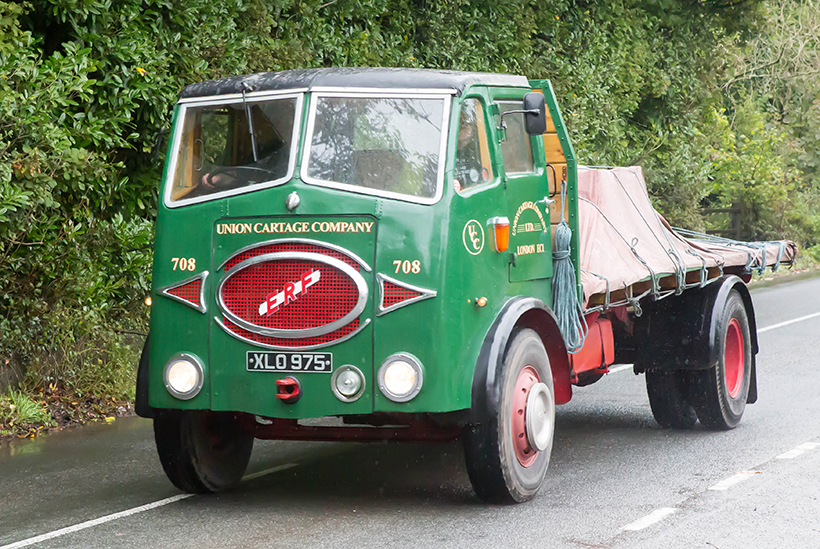 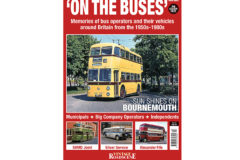 On the Buses: Book 8