David Vaughan reports on the historic excavators back at work at the Threlkeld Quarry & Mining Museum near Keswick, in Cumbria. 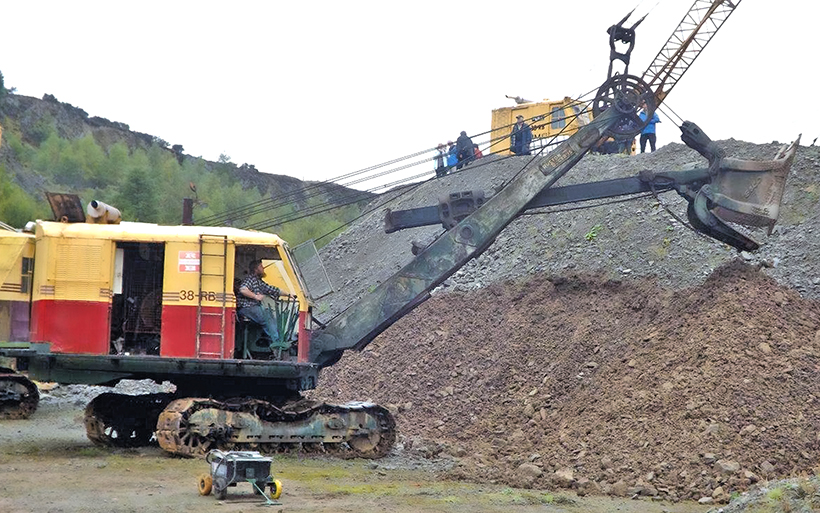 Historic excavators back at work: This Ruston Bucyrus 38RB crowd shovel dates from 1965. It has a 1½ cu yd shovel and is a regular performer at VET open days.

The weekend of September 18th-19th saw plenty of activity at the Threlkeld Quarry & Mining Museum in the heart of the Lake District, with a good selection of historic excavators back at work. This was the first time the Vintage Excavator Trust (VET) has been able to hold an event at the site since 2019, owing to lockdown restrictions, and a good crowd of visitors turned up to watch the action. The Threlkeld museum houses probably the biggest working collection of vintage excavators in the world, with examples from all of the major British excavator manufacturers such as Ruston Bucyrus, Priestman, Smiths, Jones and NCK. 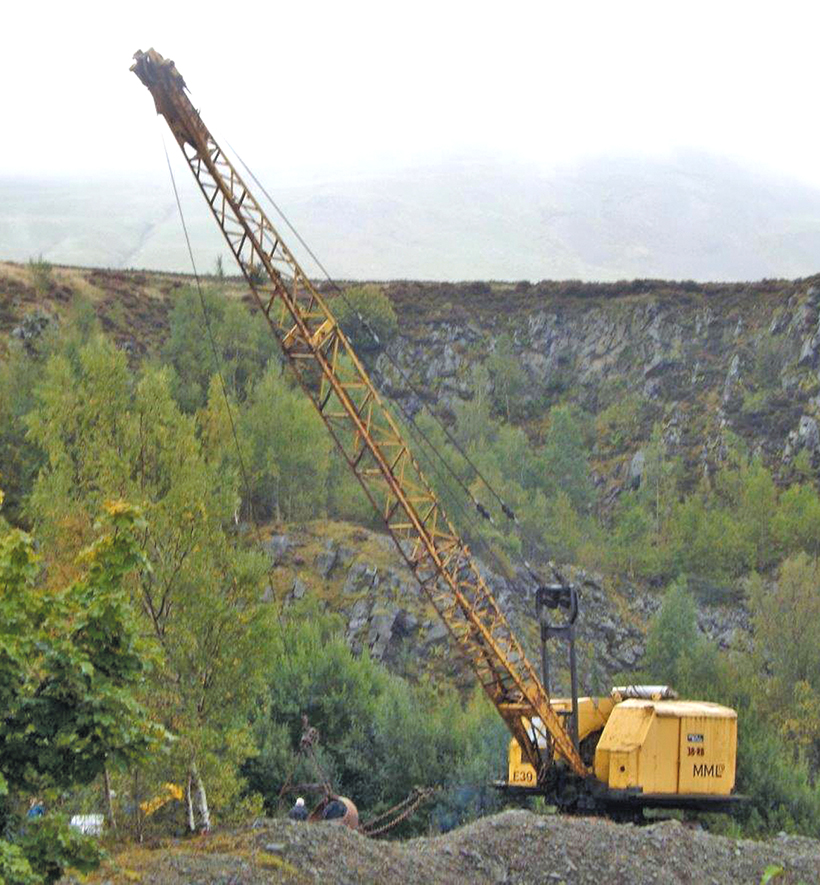 Deep in the quarry, this 38-RB dragline was new in 1963 and operated originally as a face shovel for Murdoch Mackenzie of Motherwell, for rock excavation on the A74 trunk road from Glasgow to Carlisle.

The VET was started by Ian Hartland and Philip Peacock around 1995, following the publication of Peter Grimshaw’s book Excavators, that drew attention to the interest in these machines which, owing to their working environment in quarries or open-cast mines, were often not seen by the general public. Since then the collection has grown to over 70 machines, most of which are owned by Trust members and are kept in working order, although many are in various stages of restoration. These days we’re all used to seeing hydraulically-powered excavators, but the ones on display at Threlkeld are all wire-rope worked, and require a fair amount of manual skill to operate by means of levers, clutches and winding drums. 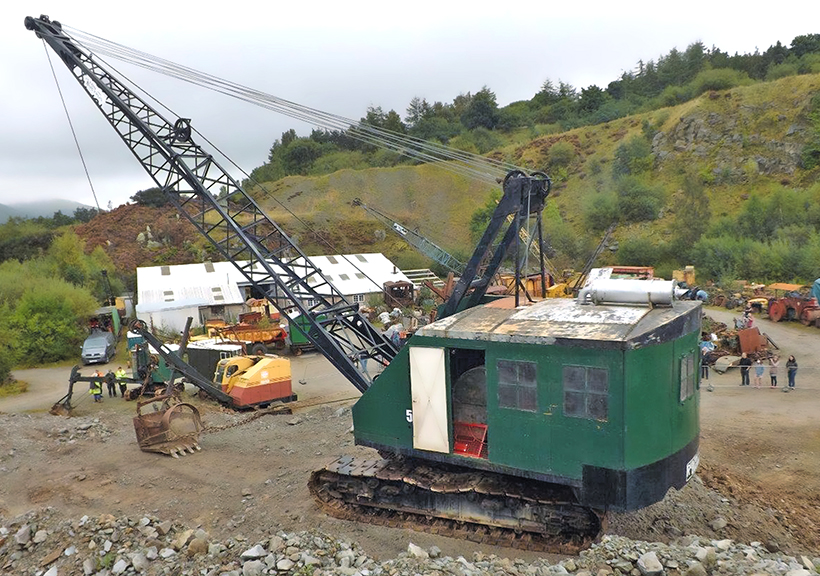 New to the scene here was this 54-RB dragline, originally used for overburden removal with the Stavely ironstone company. It has been fitted with a replacement Davey Paxman 6RPH engine.

The oldest example on show is a Ruston Proctor steam Navvy dating from 1909 and known as Hooley, after Ray Hooley who rescued it from a watery grave in a chalk pit in Bedfordshire. It has been completely restored by the expert team at Threlkeld under Ian Hartland’s direction. During the Open Weekend, the Navvy was in steam as Ian and team were doing a test to see how well the Ruston would run using wood as a fuel. The fire grate is quite large so a fair amount of wood is needed to raise steam, but Ian told me that he was pleased with the way the boiler performed using wood as an alternative to coal. The coal they had been using comes from Colombia and quite expensive. 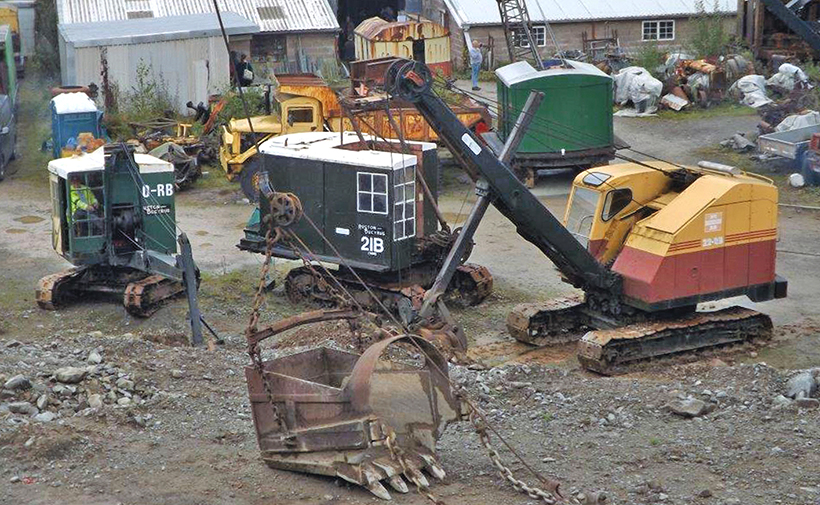 The dragline bucket of the 54-RB is in the foreground of this photo which features a number of Ruston Bucyrus machines, including a rare 21B, and a Euclid dump truck in the background.

I asked Ian how the Covid crisis had affected the museum. He told me that, although the period of total lockdown had, of course, affected income from visitors, the major area of concern was the fact that work on a number of projects had been curtailed owing to the older age range of the museum’s volunteer force, causing most of them to self-isolate during the height of the pandemic. Members of the VET who had been able to work as a single person on their own machines had managed to put in some hours at weekends, but it was the lack of younger volunteers coming on board that is, for Ian, a long-term source of concern. Ian told me that one of the many jobs on the list this winter was the building of a new shed to provide increased undercover working facilities.

Of the many machines at work, perhaps the most impressive was the 54-RB dragline originally owned by the Stavely Iron Group. The machine was donated to Threlkeld by Leicestershire County Council in 2016 and, after a first-rate restoration by a team led by the late Dave Thompson, it received a replacement Davey Paxman 6RPH engine in 2019. 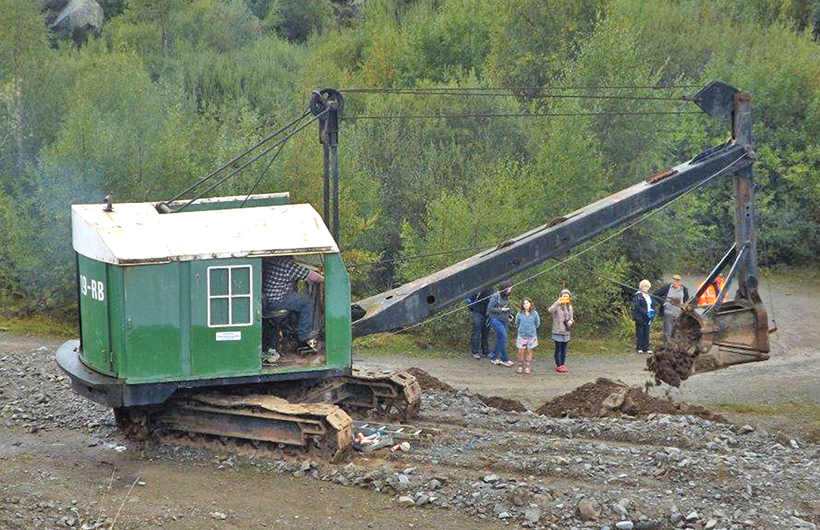 Derek Foster is the owner of this fine 19-RB drag shovel that’s powered by a Ruston & Hornsby 4VRH diesel. It’s seen here at work, being watched by some keen visitors to the site.

At the other end of the excavator scale was a Priestman Cub Mk 1, that spent its working life in a clay pit until rescued in 1993 after having been submerged under water for many years. One of only three known Mk1 Cubs in preservation, it’s powered by a Ford Hylander TVO four-cylinder, side-valve engine and owned by Adrian Patterson, who is currently engaged on a thorough refurbishment of the cab and its luffing shovel.

Derek Foster is the proud owner of a Ruston Bucyrus 19 RB drag shovel, dating from 1951, with its Ruston Hornsby 4VRH engine. It was showing off its paces on one of the earth banks alongside several other working excavators from the works of their Lincolnshire-based manufacturer. 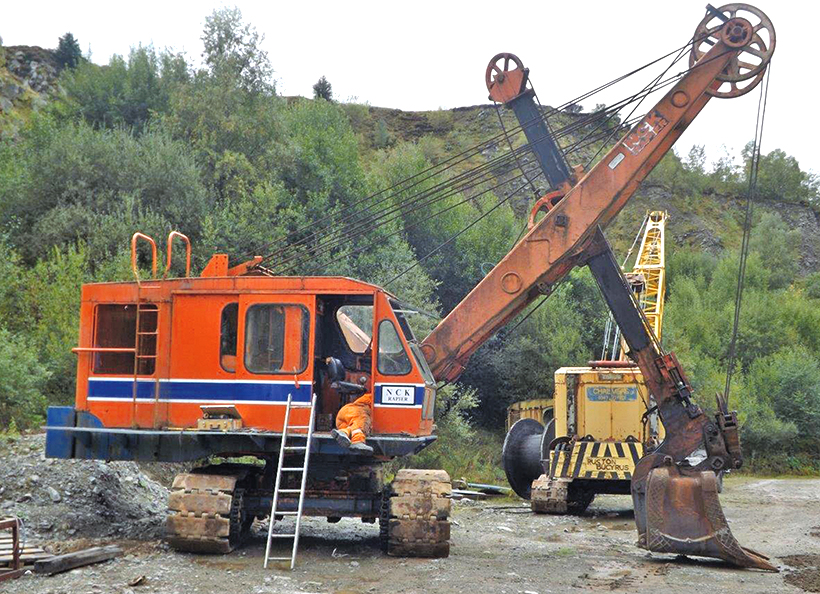 This NCK-Rapier 605 crowd shovel was an American design but built at the R&R factory at Ipswich. It was new in 1983, and worked at the Loughside quarries in Northern Ireland. It appears that some work on the operating pedals is under way.

The quarry has a 2ft gauge railway which serves the lower and upper levels that was, as usual, very popular with visitors riding in open wagons behind Sir Tom, an 0-4-0 Bagnall saddle tank locomotive dating from 1923, that once worked for BICC cables in Kent.

The next working day for excavator fans will be in May 2022. For details of museum opening times etc click here, or send an email to: quarryrailway@gmail.com. 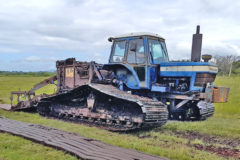