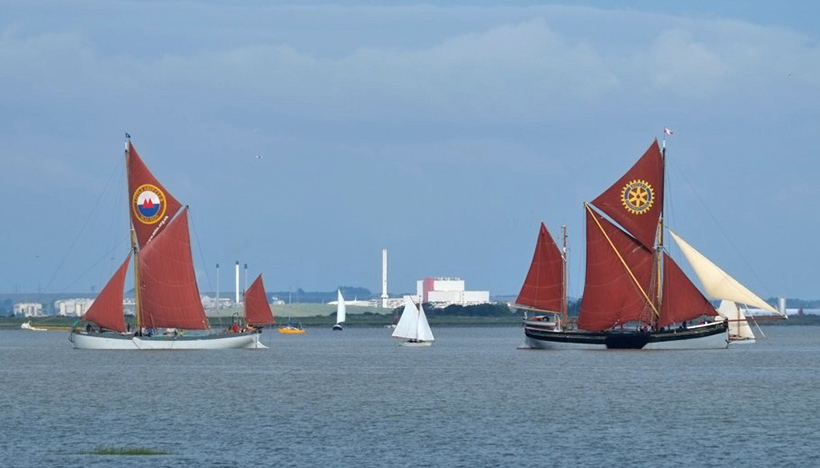 After two years of cancellations, it was third time lucky for the Kentish Sail Association’s 48th Swale Match for Sailing Barges, Smacks, Bawleys and Gaffers. Despite adverse winds during the days leading up to the event, those skippers that did get their boats and barges to the Swale enjoyed good conditions on match day. 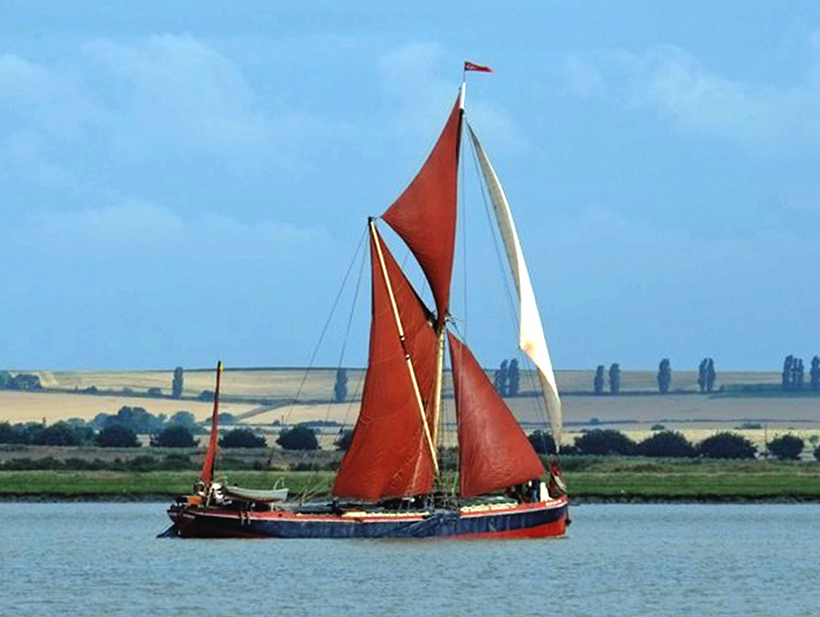 The Staysail class winner was 1924 Repertor of Harwich; a wooden-hulled vessel. Here she’s seen passing the start line with the Isle of Sheppey beyond.

The competition started from Sands End Buoy, with different classes starting at intervals from 8am onwards. Those competing on Course 1 – the full course – sailed out from The Swale, passing the shores of the Isle of Sheppey, into the Thames Estuary. They then navigated a course through the offshore wind farm towards Whitstable and Herne Bay, before returning to The Swale and the finish line at Harty Hard. 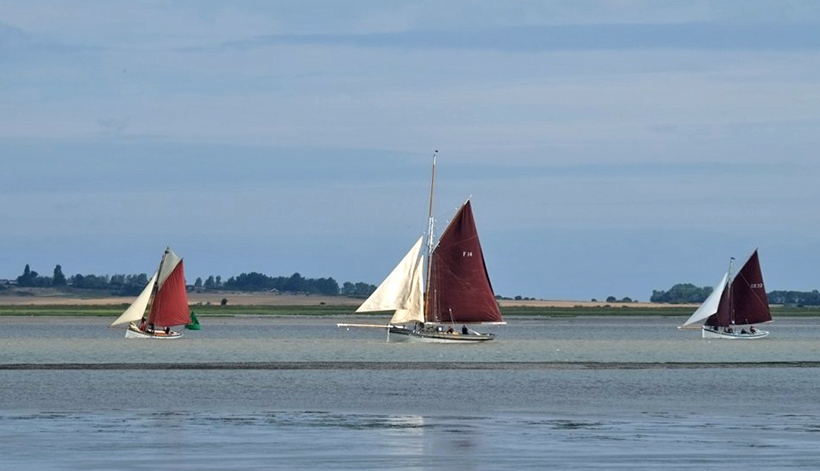 The winning boats and barges finished in times that were a little over four hours, and the weather remained fine for the duration. This was fortunate as, later in the afternoon, there were thunderstorms and torrential rain in the south-east.

A view out over Whitstable Bay, with the Maunsell Sea Forts on the horizon and four of the six competing barges.

Of six Thames Sailing Barge Matches this year, The Swale was the third, the previous two at Pin Mill and Blackwater took place back in July. The remaining three are on the Thames, Medway and Colne. 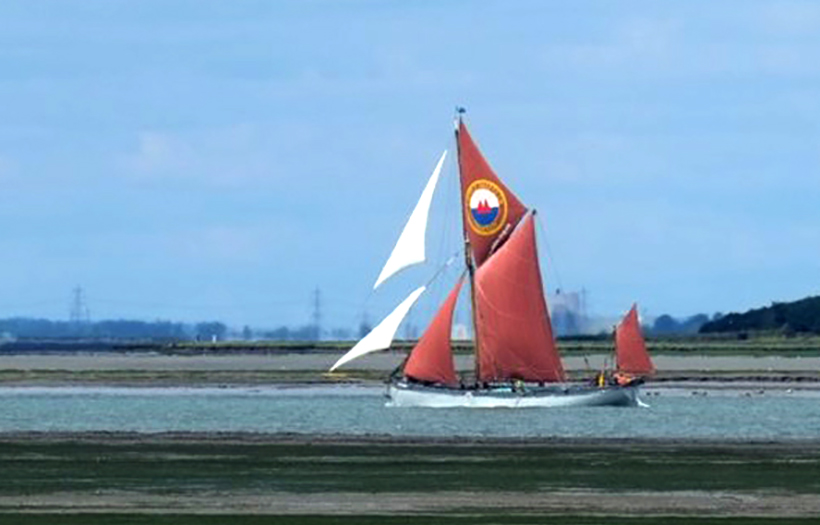 The six competing barges were divided into three classes. The winner of the Bow Sprit Barges class was Blue Mermaid, a steel-hulled replica of the 1930 original barge destroyed during the Second World War by a mine, skippered by Richard Titchenor.

Construction of the steel hull began in 2015 at the Devon boatyard of C Toms & Son, and was rigged-out in Maldon, completed in 2019 and entered service for the ‘Sea Change Trust’. She has no engine and is entirely reliant upon the wind. The winner of the Staysail Barge class was Repertor of Harwich; a 1924 steel-hulled barge built at Mistley by Horlock, skippered by David Pollock. 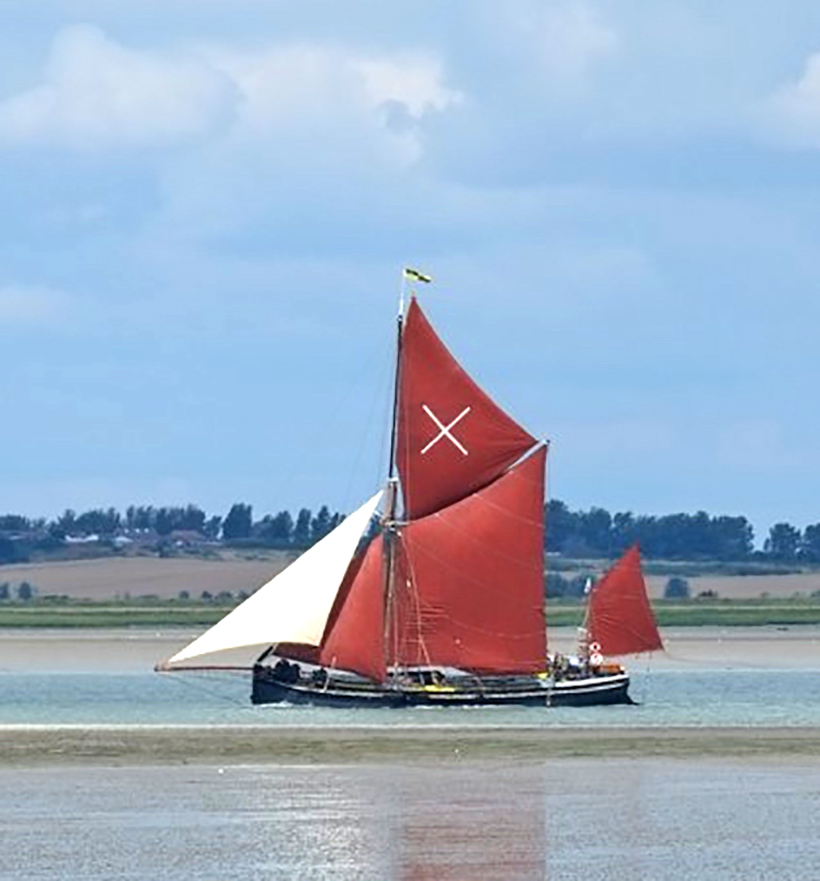 This is the oldest barge, 1895 Orinoco of London, competing on the day. She finished second in the Restricted Staysail class and was built by Hughes of Greeenwich. 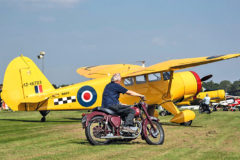 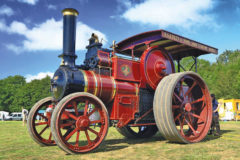