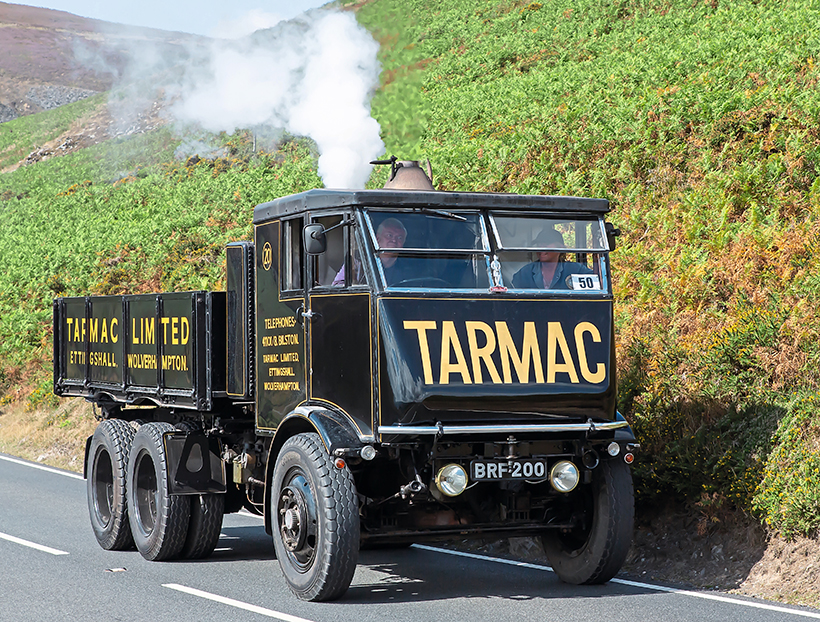 Sentinel steam waggons: Having no difficulty climbing the pass was Peter Walker’s 1933 Sentinel S6 tipper No. 8821, a well-known vehicle that was new to Tarmac, in whose livery it remains.

The town of Shrewsbury will be forever linked to the Sentinel name, as it was there that many steam waggons were built at the company’s works on Whitchurch Road. The vehicle testing process took them out of the town though, crossing the border into North Wales, passing through the town of Llangollen and then tackling the climb up the Horseshoe Pass, some 30 miles away.

This run took place over the August Bank Holiday weekend, alongside the Shrewsbury Steam Rally at Onslow Park. The event was making a welcome return to the rally calendar after a two-year enforced break due to Covid restrictions. An excellent line-up of Sentinels was to be seen, with some taking up the challenge of the old test route, where a welcome break at the Ponderosa Café was on offer at the summit, before making the trip back to Shrewsbury. 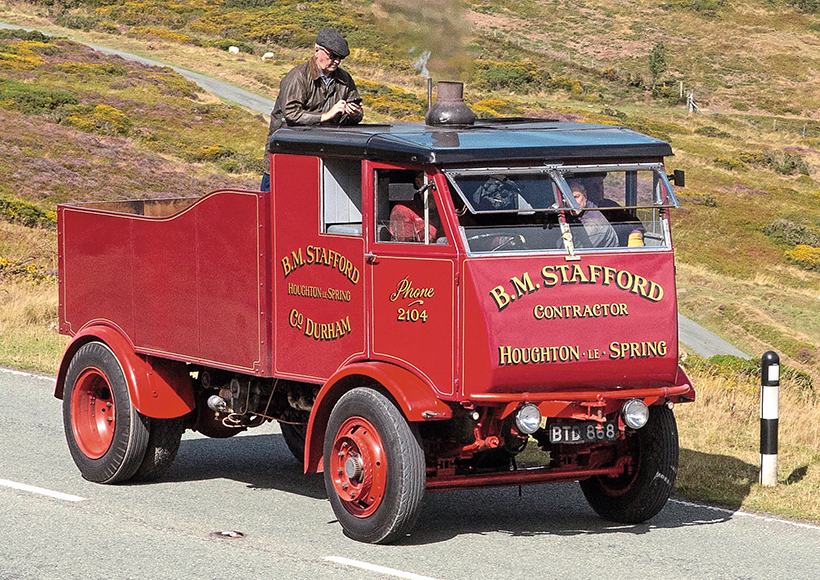 Mark Stafford’s 1937 Sentinel S4 steam waggon No. 9278 was bought by his grandfather in 1956. After initially being rallied, it was off the road for 40 years before attending rallies again after restoration.

The oldest of the seven waggons taking on the climb was Malcolm Rodgers’ 1929 Super tractor No. 7954, Shrewsbury Knave, that had spent most of its life with the United Africa Company of Liverpool, before being bought by the legendary Edgar Shone in 1961, and being rallied in his Crown Steam Haulage livery. Malcolm acquired the Sentinel in 1985 and has extensively rallied it since, making the trip to Shrewsbury from Kent.

Another Sentinel that had been part of the Edgar Shone collection was Edward Goddard’s 1931 Sentinel DG4 No. 8571; a vehicle that was new to Samuel Banner of Bootle in Liverpool, and later owned by Paul Brothers Ltd of Seacombe. It was a Sentinel that was regularly seen at early traction engine rallies, being bought by Edward in 1977 and later featured on the Channel 4 TV programme Salvage Squad. 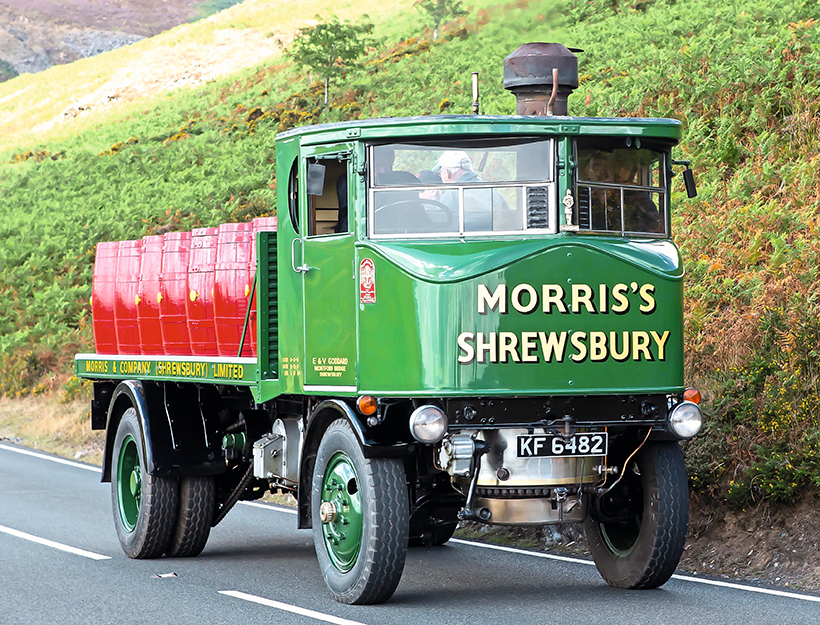 This 1931 Sentinel DG4 steam wagon No. 8571 worked in the Liverpool area for a couple of owners before joining Edgar Shone’s fleet. It was bought by Edward Goddard in 1977.

One of the stars of the run was Derek Gransden’s 1933 Sentinel S4 No. 8850 Lion, that was ordered by the Devon Trading Company Ltd, a large builder’s merchants in Bideford being delivered on October 5th that year. It was originally painted plain chocolate brown with bright yellow lettering, and worked between a number of the firm’s branches. Tom Moore was its regular driver and, by the time that he left the firm in 1949, he reckoned that he’d covered around 300,000 miles in the waggon. During the 1950s, the Sentinel was transferred to the Teignmouth Quay Company where it gained the name Lion. 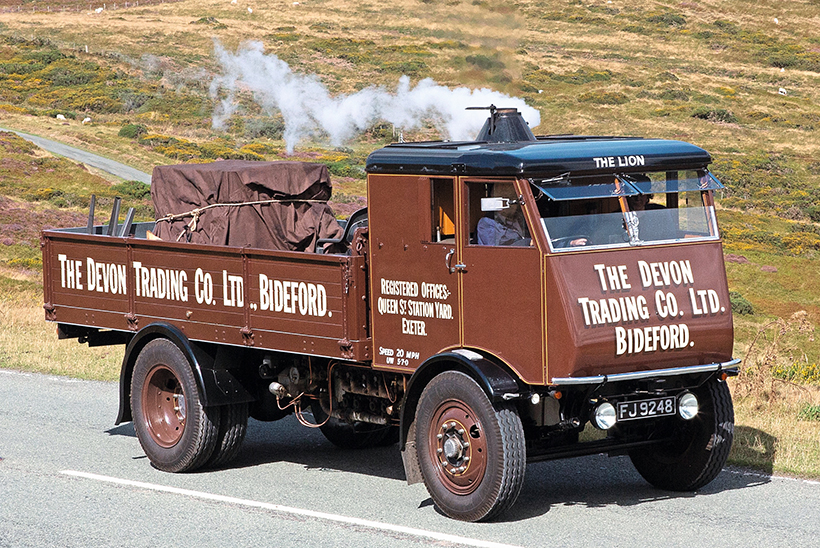 Derek Gransden’s 1933 Sentinel S4 120hp steam waggon No. 8850 Lion was originally with the Devon Trading Company Ltd and later the Teignmouth Quay Company. It was found in a very poor state and restored by Derek.

There it worked alongside Sentinel steam tractor No. 5644 Elephant, shunting railway trucks until 1963 when it passed into private ownership. Unfortunately, its condition deteriorated badly and, after it passed through the hands of another owner, it was bought by Derek in 2010, being described as a ‘traditional barn find.’ Now the S4 has been fully restored and, despite a problem or two on the climb, made it to the top in style.

Also worthy of note was the Goold family’s 1933 S4 tipper No. 8843 that was sporting a new livery on its return to the rally scene. This Sentinel was supplied new to HAL Price of Dawley, Shropshire, as a three-way tipper – its main role being to deliver coal to the Sentinel works. After seven years, it was sold to quarry owner HV Bowen of Newtown, and was used to haul aggregate, a job that it did for a couple of years until it was deemed surplus to requirements and became a source of spare parts. 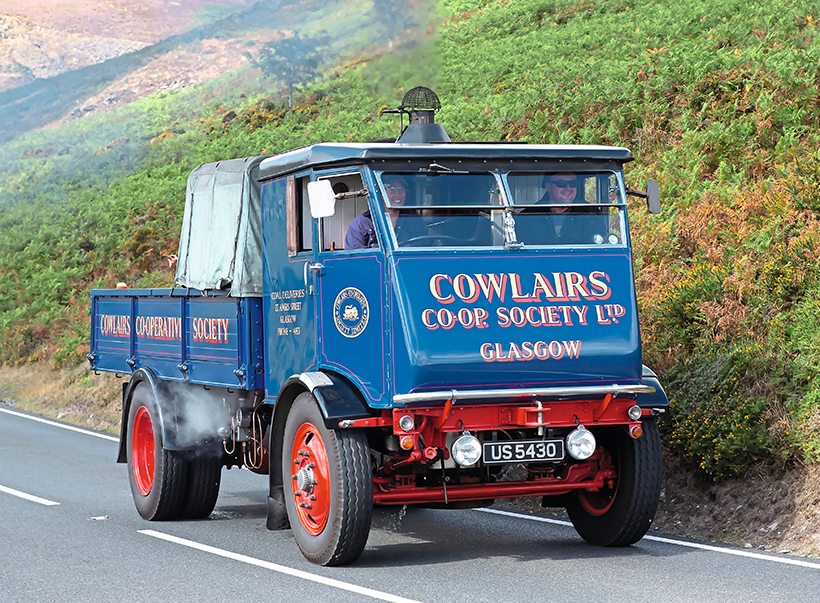 The Goold Family’s 1934 Sentinel S4 steam wagon No. 9032 was partially destroyed by a fire in 1986 and had to be rebuilt, and has been rallied ever since.

After passing through the hands of a new owner, it was acquired by the Goold family in 1977 for restoration, but had to be rebuilt as a timber tractor due to the original tipping body being missing. However, the Sentinel did revert to its original configuration in 1999, when the original tipping body was discovered in HV Bowen’s yard, the place where it had spent its later working years. A year later, the restoration of the body was completed, with the Sentinel becoming a three-way tipper once again, with a full nut-and-bolt restoration beginning in 2018. 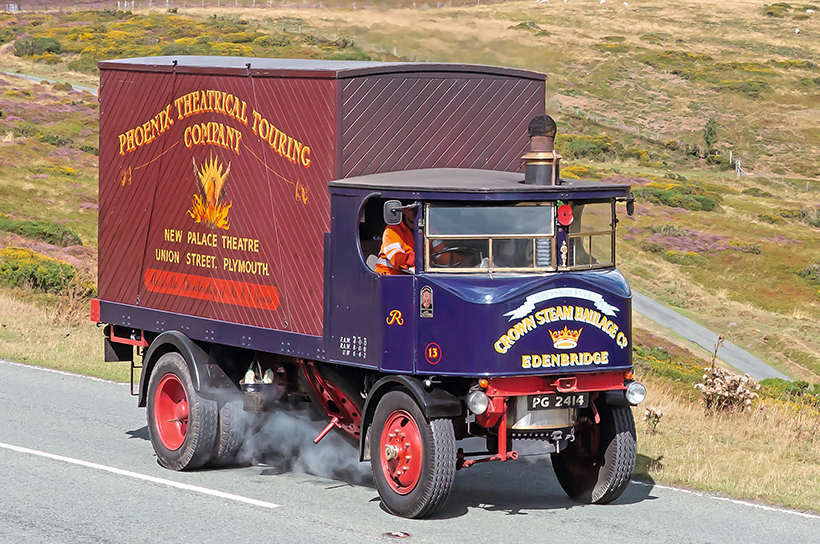 Malcolm Rodgers’ 1929 Sentinel Super 6-ton waggon No. 7954 worked for the United Africa Company of Liverpool, before passing to Edgar Shone and rallied in his Crown Steam Haulage livery.

From the same family came another Sentinel S4, this time numbered 9032 and dating from 1934. This example was new to Cowlairs Co-op as one of a pair, and was used on general deliveries of coal and coke in the Springburn district of Glasgow. It finished its working life tar-spraying in County Durham before being laid up, until it was bought by the Goold family in 1966. Life in preservation wasn’t straightforward though, as after having a complete rebuild it was rallied until 1986, then it was partially destroyed by a fire. That wasn’t the end of its life though; not to be deterred, the Sentinel was rebuilt again and has been rallied ever since travelling to Holland and completing the Land’s End to John O’Groats Run in 1999. 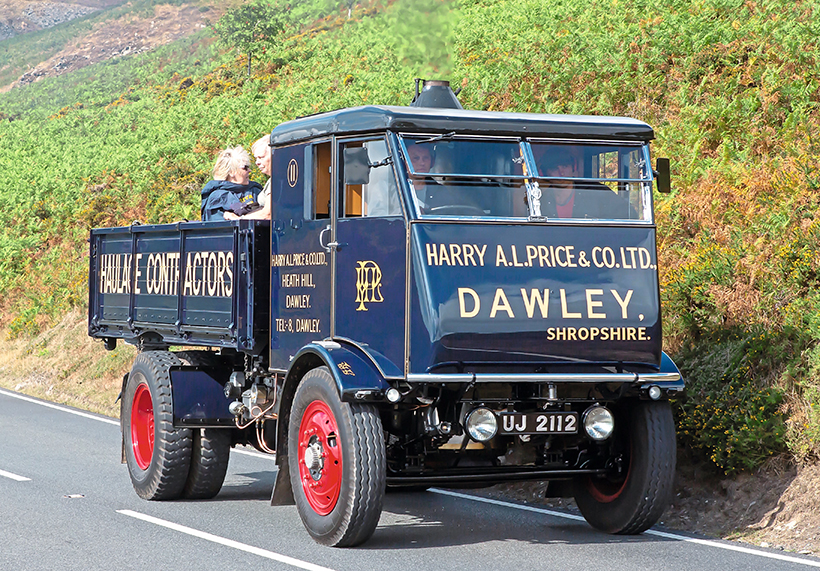 The Goold family’s 1933 Sentinel S4 tipper No. 8843 was used as a three-way tipper. Restored as a timber tractor, it was returned to tipper configuration after the original tipping body was discovered.

Always a favourite is Peter Walker’s 1933 Sentinel S6 tipper No. 8821 that was new to Tarmac, a livery that it still wears. Working through the war years until 1946, it then carried coke for the Cambridge Gas Light & Coke Co until the mid-1950s, when it fell out of use. But that wasn’t the end of its working life, with the S6 being brought back into use during the 1956 Suez Crisis before being left to stand for many years. Restoration was carried out in the early 1970s by Richard Parkinson of Exeter, before the S6 was bought by Peter in 1996, and it’s been extensively rallied ever since

And finally, another Sentinel that made the trip has only returned to the rally scene in the last year or so. It was Mark Stafford’s 1937 S4 No. 9278. This example was built as a short wheel-based three-way tipper and ended its working life as a tar-sprayer for Bituminous Road Products of Middlesbrough. It has been with the same family ever since, when the vehicle was bought in 1956 by Benjamin Milburn Stafford, Mark Stafford’s grandfather. After being rallied extensively throughout the 1960s and 1970s, the S4 was taken off the road, not being seen for 40 years, but has recently undergone a thorough restoration and is now back on show in the well-known BM Stafford livery, despite there being a few jobs still to do. 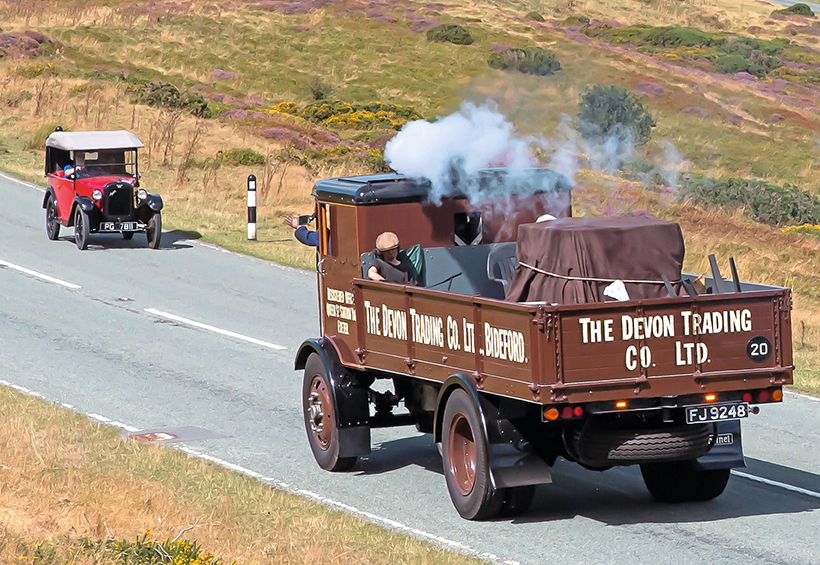 A photograph that could have been taken years ago, as the Sentinel S4 meets an Austin 7 on the moorland road.

It certainly was a great spectacle, watching the steamers slowly climbing up the pass, and then heading back down ready for display at Onslow Park.

This report comes from a recent issue of Old Glory, and you can get a money-saving subscription to this magazine simply by clicking HERE 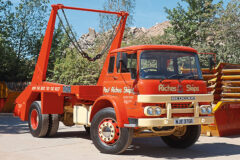 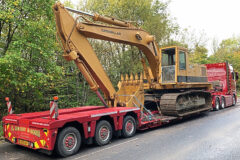 Classic Caterpillars on the move to a new home