An amazing assortment of 44 buses descended on Tinkers Park in East Sussex on August 2nd, as David Vaughan reports. 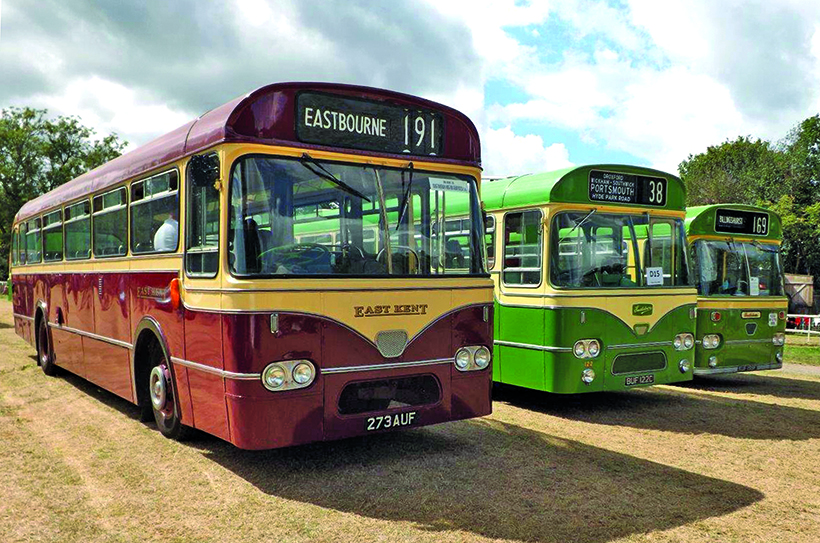 An enthusiastic bus presence has been a welcomed part of the Model Railways Plus event held every summer at Tinkers Park, at Hadlow Down, in East Sussex, for the past few years. They gather at the site on the Sunday, and are usually present in good number; many bus enthusiasts are often fans of model railways, as well. The event is well organised by local bus enthusiast, Paul Llewellyn, who owns an ex-Southdown Leyland National dating from 1976. 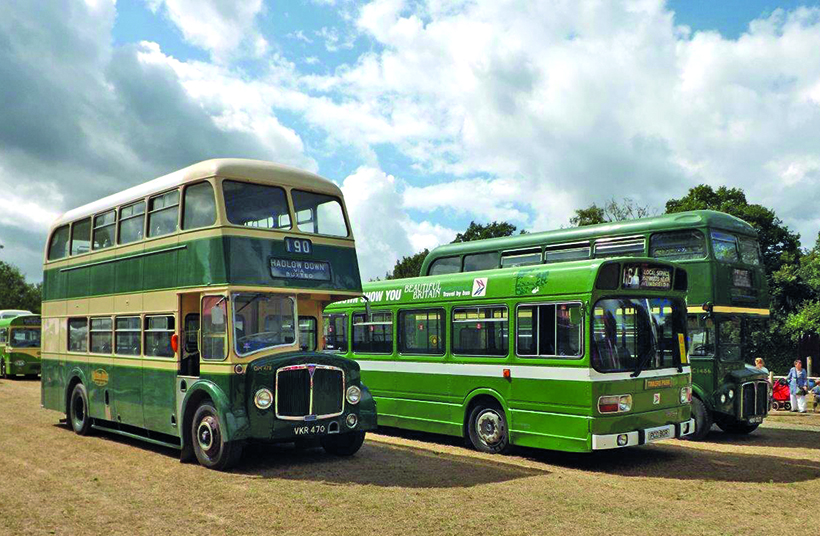 Three of the more than 40 PSVs at Tinkers Park. Left-to-right: VKR 470, an AEC Regent 5 of Maidstone & District, with a Park Royal body dating from 1956; Paul Llewellyn’s ex-Southdown Leyland National PCD 80R of 1976; a rare AEC Routemaster coach. These were designed for express services for Greenline country buses. (Pic David Vaughan)

Usually there are several buses that operate free services from the site, replicating local services of the past. This year, however, the Covid 19 regulations on passengers, dictated that bus services were restricted to the ones linking Buxted railway station and Uckfield bus station, to the event ground. These were run by classic vehicles from the Claude Jessett Trust collection.

Paul Llewellyn used the occasion to launch his new hardback book, Leopards prowl around Southdown and beyond. The leopards in question are, in fact, not feline predators, but a type of single-deck bus made by Leyland Motors, and popular with most of the BET group of operators during the 1960s. The bus was a competitor to the AEC Reliance, and both types were used on the one-man-operated services that were coming on stream in the ‘60s. 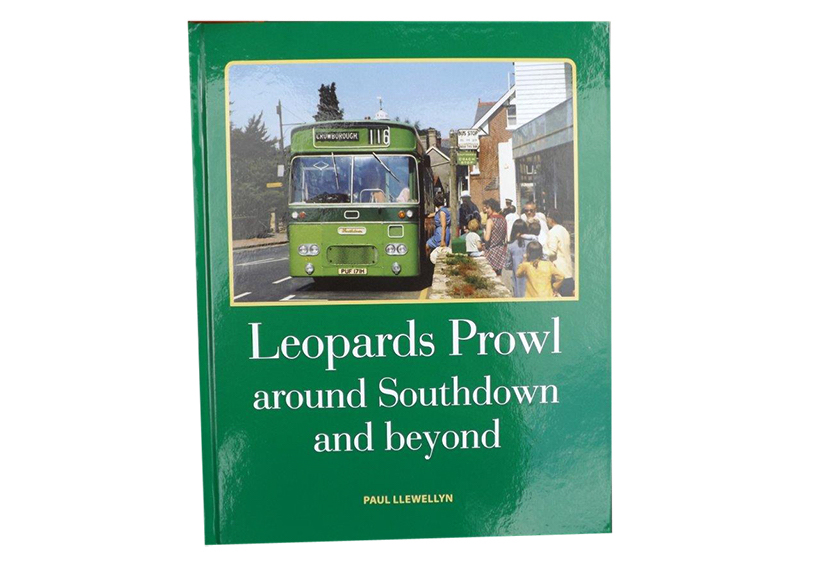 Paul Llewellyn’s new book on the Leyland Leopard, which was launched at the Tinkers Park event. (Pic: David Vaughan)

Three preserved examples of the type were on show, all looking in tip-top condition. They were 273 AU, a 1963, Marshall-bodied version sold initially to Southdown Motor Services, but later changing its colours when passed on to neighbouring East Kent in 1971 for use on its first, one-man-operated services in the Folkestone area. It appeared in that operator’s attractive red and cream livery.

The other two were both examples from the famous Southdown fleet; BUF 122C of 1965, also a Marshall-bodied bus, and KIF 199F a similar bus built in 1968, but bodied by Willowbrook, both to a standard BET design.

A good number of stalls selling model buses and bus memorabilia were also present at the show. The book, which sells for £25 (post-free), is available direct from Paul Llewellyn at 19 Burwash Park, Fontridge Lane, Etchingham, East Sussex TN19 7DE.

Finally, a date for your diary. Next year’s Tinkers Park bus show will be taking place on Sunday, August 8th, in conjunction with the 2021 Model Railways Plus event. 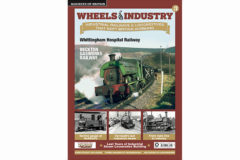 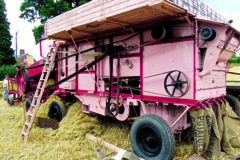