Laurie Fletcher provides a few photographs of the commemorative steaming that took place at his local Platinum Jubilee street party. 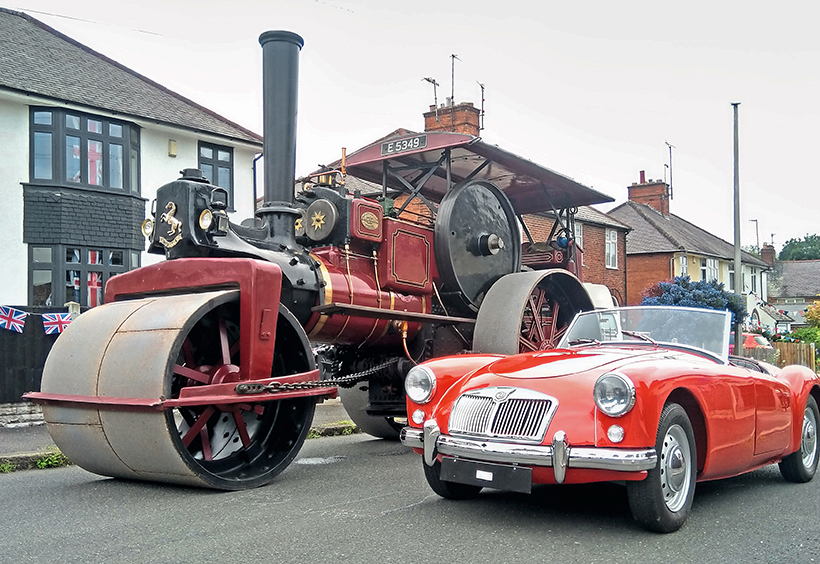 Laurie Fletcher’s local Platinum Jubilee street party last summer provided a great excuse to clean the dust off some interesting vehicles. But, as well as marking the momentous royal occasion, Laurie was celebrating his engine passing its ultrasonic thickness, hydraulic and steam tests. With his mate, Wil Ounsley, they got the lagging back on and drove from Barrow Hill Round House, near Staveley, to the suburbs of Chesterfield, which is a distance of about four miles. They met up with a newish neighbour’s MG which has been imported from California. The car is newly-restored, so its number plates hadn’t arrived in time for the event! 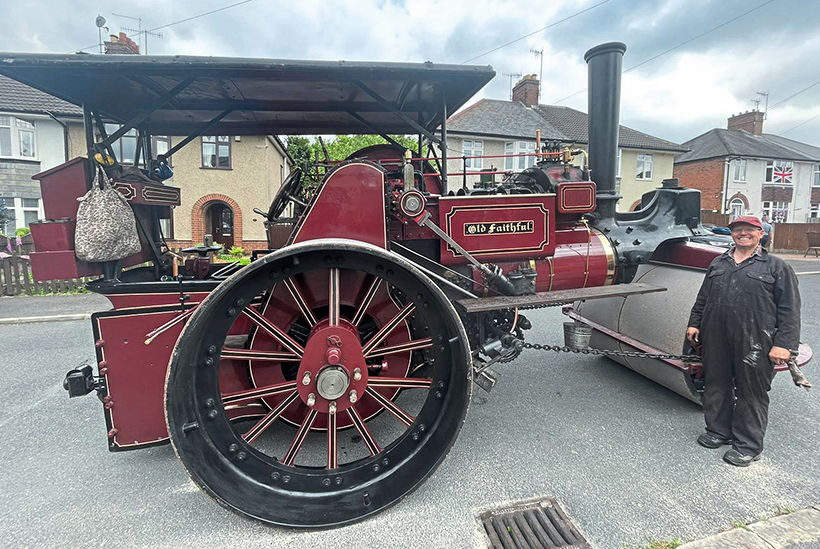 A happy smile as Old Faithful is made ready for its run. (Pic: Laurie Fletcher)

Laurie’s roller is 5hp Aveling & Porter compound No. 8778, Old Faithful, which was built in 1916, and registered E 5349. It started life working for Staffordshire Corporation in Lichfield, then moved to Joseph William Kitchen of Saxilby, in Lincolnshire. 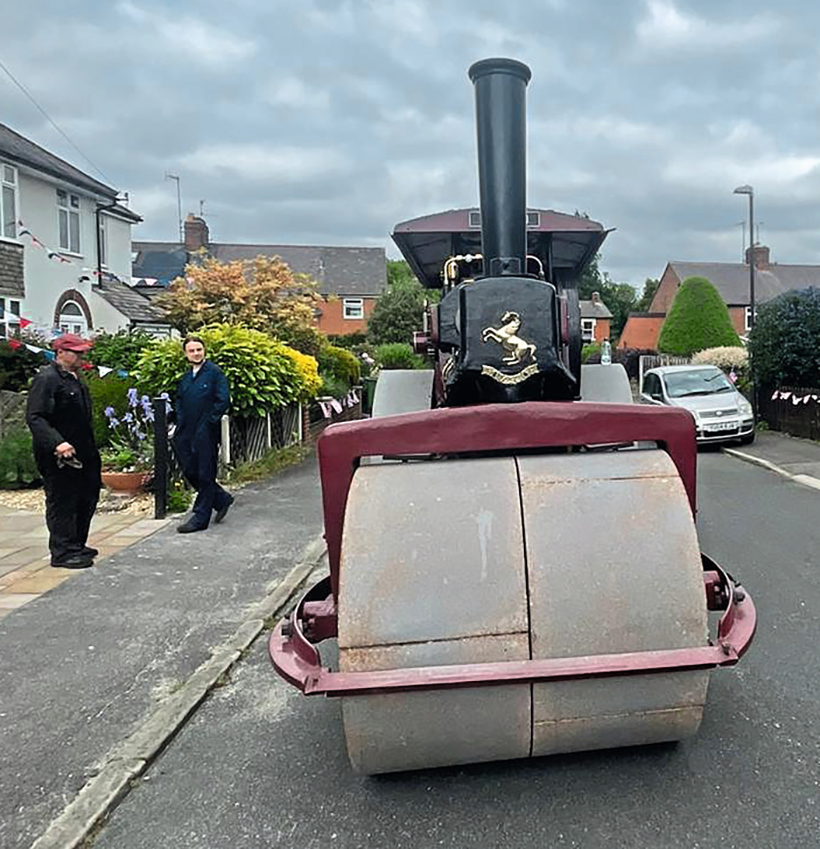 An imposing sight at any street party! Aveling & Porter No. 8778 stands proud after passing all its tests. (Pic: Laurie Fletcher)

The roller came into preservation around 1958 under the new ownership of John Blagg, a well-respected engine owner of Nottinghamshire, and former owner of McLaren, Captain Scott. He moved the engine on to Mike Ward in 1967, and Laurie has owned it since June 1994. 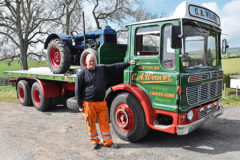