Mike Neale takes a look at some recently-released diecast and plastic models that you might like to add to your collection. 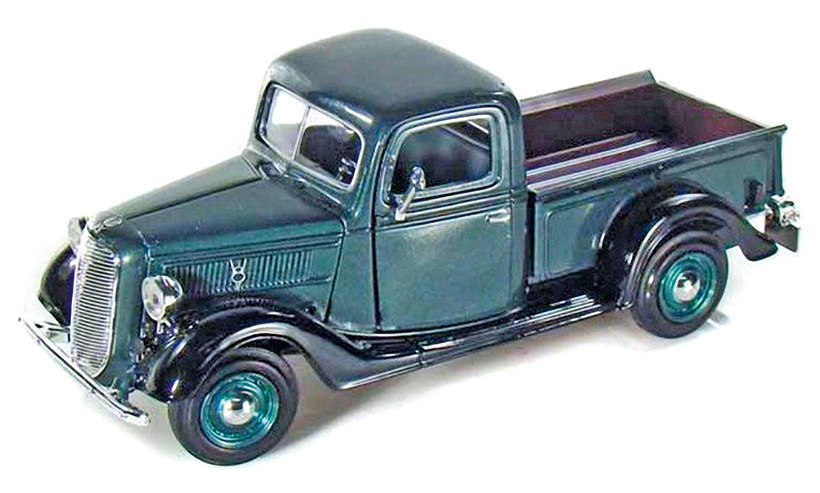 MOTORMAX
In 1/24 scale is this diecast 1937 Ford pick-up in metallic green with black wings. The doors and bonnet (hood) are openable and the front wheels are steerable. RRP is £17.99.  These popular trucks were fitted with a flathead V8 and 3-speed transmission.

SCHUCO
Schuco has produced a 1/32 scale diecast International Harvester 533 tractor in red with a cream roof. RRP is £85.99. The 533 was built from 1975-89 and had a four-stroke, three-cylinder 2.5-litre diesel engine, and was available with an 8-speed, 16-speed or 16-speed creeper transmission, with two-wheel or four-wheel drive options. They could be ordered with a cab fitted from 1980, so this model represents a post-1980 version. 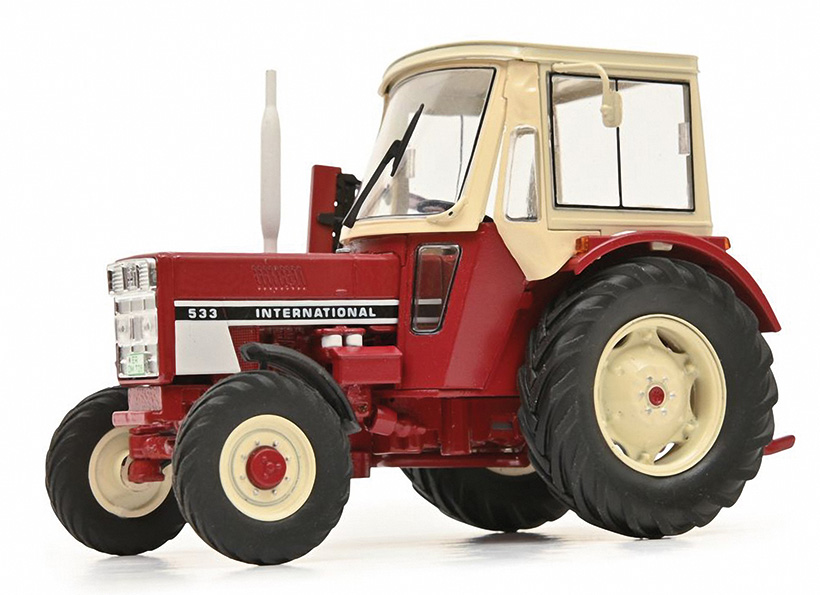 Schuco 1/32 International Harvester 533 represents a post-1980 version of this tractor.

UNIVERSAL HOBBIES
Also in 1/32 scale is a diecast Fendt Farmer 5S 4WD with Peko cab and BAAS Front Loader from Universal Hobbies, selling for £59. The Farmer 5S was in production between 1970 and 1972, with 4WD being an option on this tractor. It was fitted with a 3-litre four-cylinder diesel engine, with 13 forward and 4 reverse gears. 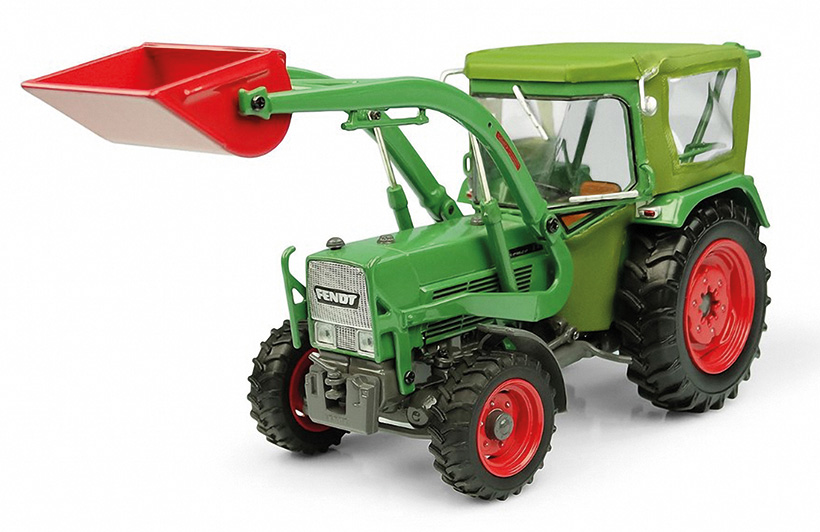 WIKING
From Wiking comes a 1/32 scale diecast International Harvester 1455XL tractor, the first classic tractor the company has made in this scale. RRP is £89.95. The 1455XL ran from 1981-96, including after IHC had merged with Case, and was a larger tractor than its predecessors. It had a 6.6-litre six-cylinder diesel engine and 20 forward plus 9 reverse gears. 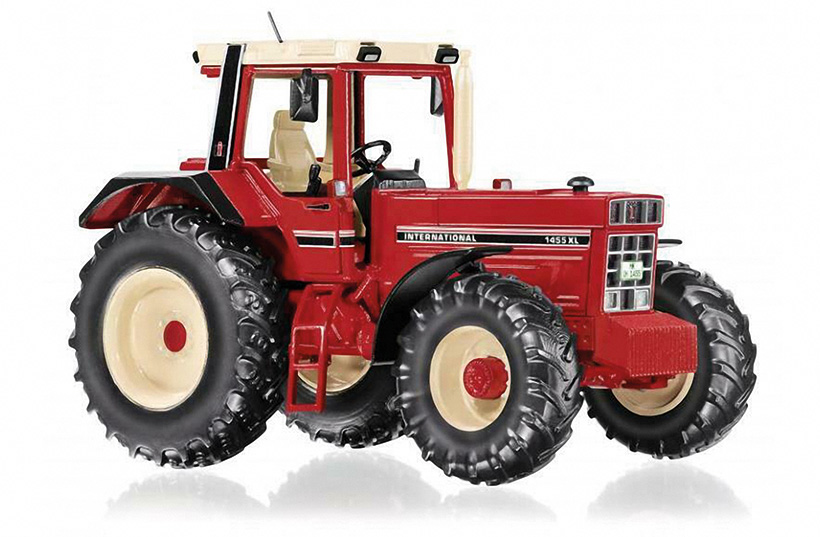 ROS MODELS
Italian agricultural and construction equipment model firm Ros Srl is a family-owned firm founded in 1982. It has recently released a 1/32 scale Dieci Agri Pivot telehandler wheel loader with an articulated chassis and working telescopic boom, retailing for £74.99. The real ones are fitted with a 3,331cc diesel engine. Dieci began building concrete mixers in Italy in 1962, before developing a range of telehandlers in 1983. 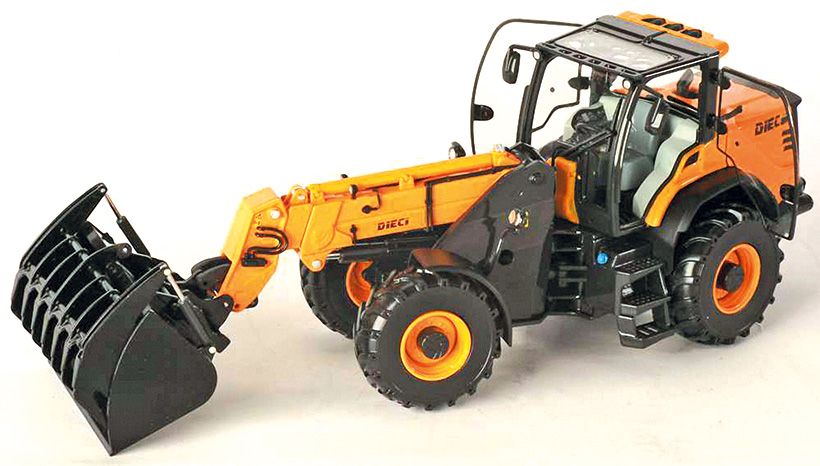 ROS 1/32 Dieci Agri Pivot telehandler for those who want something unusual.

PREMIUM CLASSIXXS
German diecast firm Premium Classixxs has produced a 1/43 scale model of the Czech 1946 Škoda 706R in matt green, selling for £73.99. It is also available in maroon and black. The 706R was a development of the wartime Škoda 706 truck. It was fitted with a robust six-cylinder, four-stroke 11,781cc diesel engine. The cab was hardwood-framed with steel outer panels, and it was produced up until 1958. 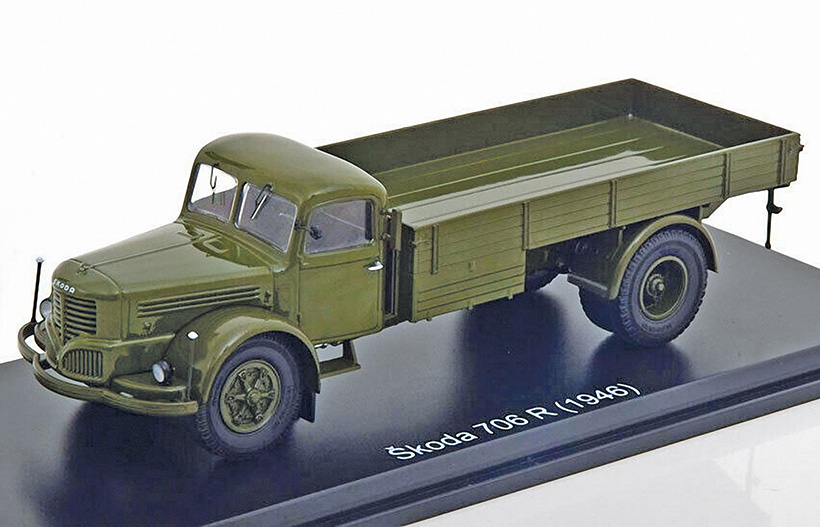 This feature comes from the latest issue of Old Glory magazine, and you can get a brilliant, money-saving subscription simply by clicking HERE 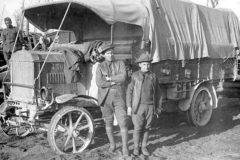 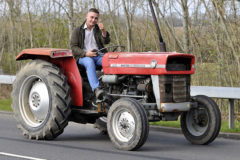