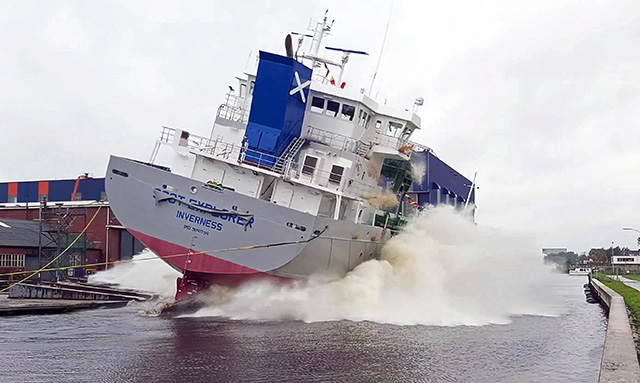 On 11 October 2019 the new cargo vessel Scot Explorer was launched at Royal Bodewes Ship Yard in Groningen, Netherlands, for Scotline Marine Holdings. She is the second of three sisterships to be launched by Royal Bodewes. She will be the joint largest ship in the Scotline fleet, with a DWAT of 4,800mt, and her optimised design means she is capable of carrying 7,000m3 of sawn Swedish timber.

She has been built to comply with the latest legislation, including provisions to be ready for the ballast water treatment system. Scot Explorer measures 89.98m by 15.2m, has a maximum sailing draught of 5.68m and is powered by an MaK engine. Like the rest of the Scotline fleet, she will sail under the British Flag and be classed under Lloyd’s Register.

Scot Explorer is the most recent addition to Scotline’s fleet of nine owned vessels and five  ships on long-term time charter. She has a hold depth which is 9m in height and, as well as being container fitted, is ice class 1B, which is important for Baltic operations.

Cargoes vary from forest products and bulk cargoes to project cargoes and many others. With fully owned terminals in Rochester and Inverness and an exclusively operated fleet of modern ships, Scotline can offer customers an all-in-one service of shipping, stockholding and distribution. Scotline also fixes market cargos for our vessels through our network of contacts worldwide. 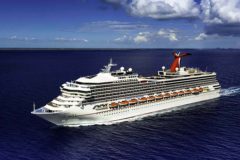