The Harold Wood story is the subject of the latest in the Vintage Roadscene Archive series, which offers a fascinating insight into this famous tanker operator 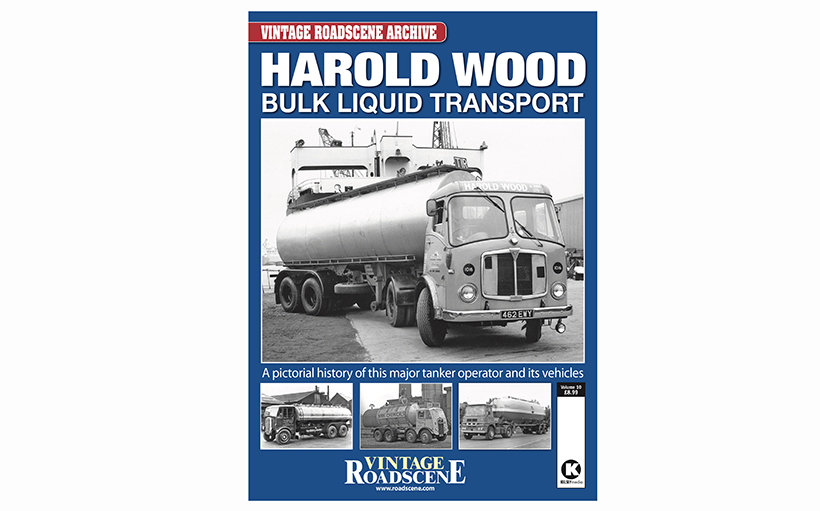 The Harold Wood story: Seen on the cover, one of the first AEC Mandator Mk V tractor units to join the Harold Wood fleet was 462 EWY, fleet no 1016, which was new in 1963. There were over 50 such Mandators in service by 1964, with a further 79 on order. One of the main reasons for the change to artics was because unaccompanied tank trailers were being sent to the Continent, under TIR regulations. Here we see such a trailer being collected from the ‘Doric Ferry’ at Tilbury. The vehicle is also shown in colour in this publication, showing its light blue livery. (PM Photography)

Harold Wood & Sons was considered to be the largest tanker operator in Europe, and the third largest in the world, in the 1960s, with around 600 vehicles in its fleet – many on contract and in customers’ liveries. Harold Wood had built up his business from one vehicle in 1922, always specialising in bulk liquids.

In spite of setbacks, the fleet had grown to 12 tankers by World War II, AEC being the preferred make from the mid-1930s. First based in Cleckheaton, the company’s headquarters were in Heckmondwike from the early 1950s, for the rest of its independent existence. 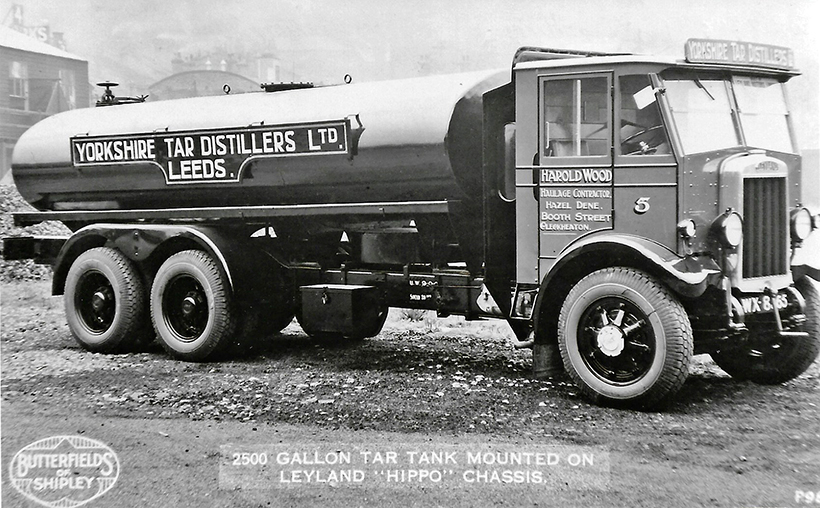 This 1931 Leyland Hippo six-wheeler, WX 8365, was photographed for the tank manufacturer when new. Fleet no 5 of Harold Wood of Cleckheaton, carried a 2,500-gallon Butterfields tank, emblazoned with the customer’s name, Yorkshire Tar Distillers Ltd, Leeds and, later in life, without, and fitted with a Gardner 6LW diesel engine. (Butterfields)

The company specialised in carrying chemicals (including many considered too dangerous for road transport these days), as well as petroleum products. Loads such as molten sulphur, sodium, potassium, acids, bitumen – many of which had to be kept at constant temperature in heated tanks, or not allowed contact with air or water – were typical, as well as petrol and oils.

By 1957, more than half the fleet was working on Contract A licences, with 219 AECs out of a total of 262 lorries, over 200 of them eight-wheelers. This rose to the 1960s peak. Artics were then introduced when international movements became common, unaccompanied tank trailers delivered to ports and were conveyed by partner companies on the Continent. 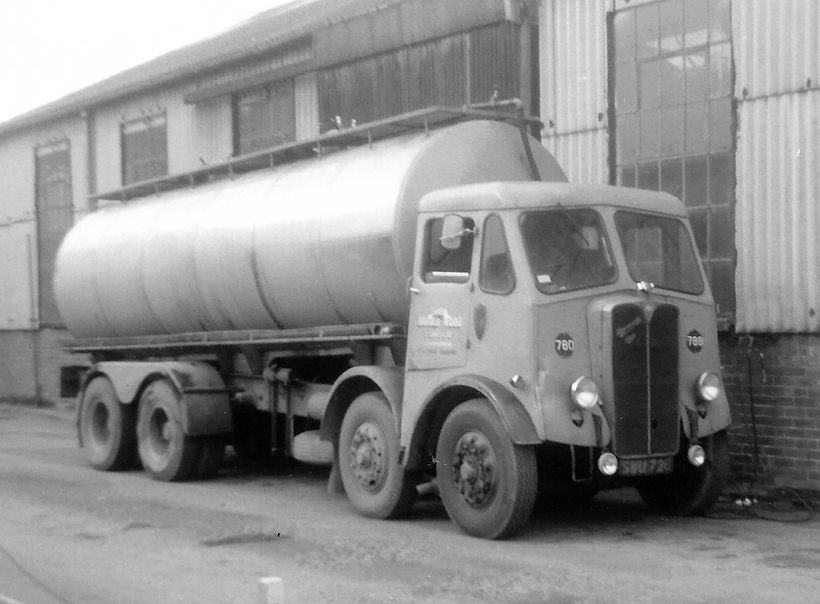 A number of Harold Wood’s Mammoth Major Mk IIIs were fitted with a Spen coachbuilders cab, like SWU 720, fleet no 780, which was new in 1956, and one of the last, exposed-radiator AECs in the fleet in 1967. It was fitted with a 3,800-gallon, general-purpose tank, when photographed in the Wormald Street, Heckmondwike yard in 1967. (Peter Seaword)

Many of the AEC Mk III and Mk V vehicles which dominated the fleet were fitted with coachbuilt cabs by Spen Coachbuilders, a subsidiary of the Harold Wood company. However, AECs gave way to ERF from 1966, as the company lost faith in the British Leyland products. A new, ‘trendy’ brown and ochre colour scheme replaced the light blue which, in turn, had replaced dark blue in the late 1950s.

Powder tankers were also introduced in the late 1960s, to suit market demands. An idiosyncrasy of the Harold Wood vehicles was that, for the rigids, the fleet number referred to the tank, rather than the chassis, as the same lorry might carry different tanks over its life, even between summer and winter, according to customers’ demands. 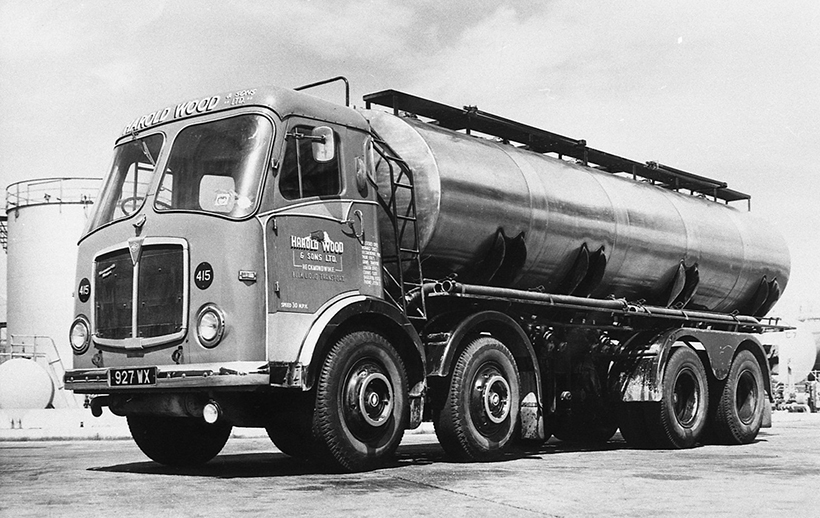 Harold Wood himself remained in control into the 1960s, when the company was sold, first to the industrial investment organisation, Norcross, then the state-owned Transport Holding Company. However, it continued to operate independently of Pickfords, under managing director Barry Wild – ‘a vocal spokesman for the bulk liquid haulage industry’ – until its individual identity faded with the new Tankfreight organisation.

This issue of the Vintage Roadscene Archive series (available for £8.99), edited by Mike Forbes, looks at the history of the Harold Wood company, its vehicles and operations over the years. The emphasis is on the post-war years, when the company was active country-wide, with depots in Basildon, Cardiff, Widnes and elsewhere, as well as its Yorkshire headquarters. 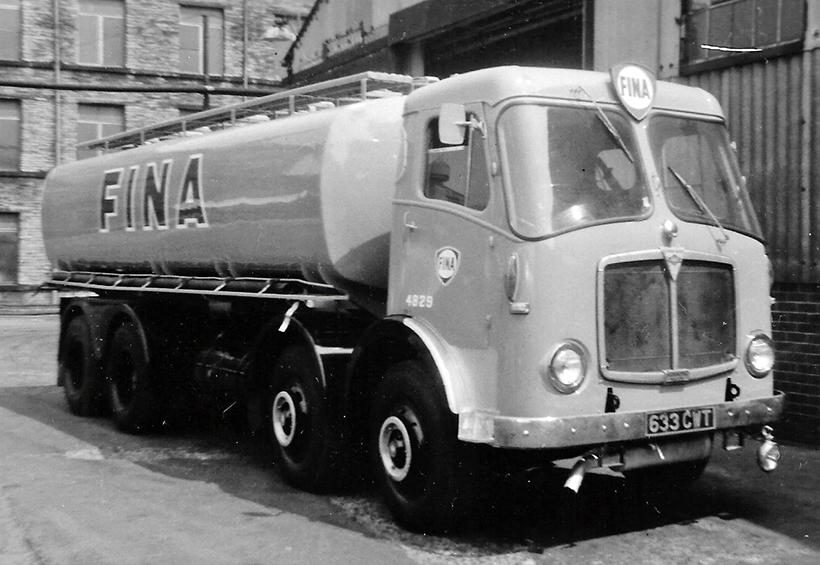 The story is told with the help of contemporary articles, adverts and company documents, collected by Jack Raine, plus nearly 300 pictures, some from well-known archives, press and manufacturers’ photographs and many taken or collected by Peter Seaword, who worked for Harold Wood & Sons during the 1960s. 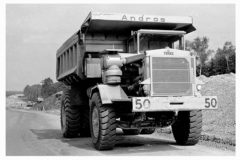 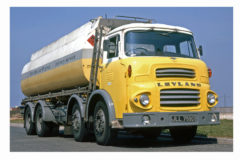 The last years of Leyland