David Stearne has the latest news on the movements of the famous and much-loved paddle steamer, the Medway Queen. 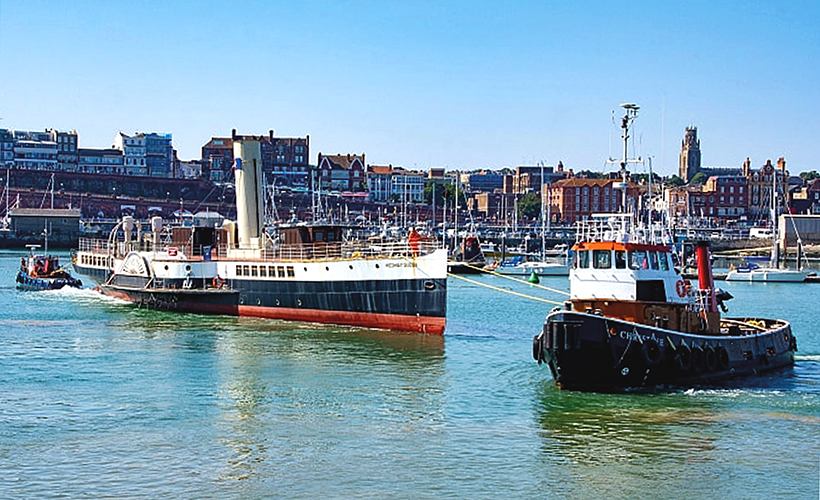 The paddle steamer Medway Queen is manoeuvred into her new home in Ramsgate, where she’ll undergo essential maintenance work before returning to Gillingham.

The well-known paddle steamer Medway Queen was moved to Ramsgate for maintenance on July 18th. It had been planned to open to the public while she is there but now it appears that this is very unlikely. Health and safety concerns have resulted in this plan being abandoned at very short notice, and attention is now focused on coming up with an alternative plan.

The famous paddle steamer, which was ordered in 1923 and converted for mine-sweeping duties during the Second World War, also played a key roll in the Dunkirk evacuation. She made seven return trips across the English Channel to rescue 7,000 soldiers and, in the process, was credited with shooting down three enemy aircraft.

After the war she took part in the 1953 Coronation Naval Review at Spithead then, during the 1960s, was converted into a restaurant and night club and moored on the River Medina, in the Isle of Wight. Twenty years later she sustained hull damage and became semi-submerged and, in 1984, was moved back to the Medway on a pontoon. The current Medway Queen Preservation Society was formed in 1985, and has been supporting this historic vessel ever since. 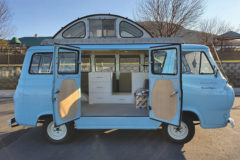 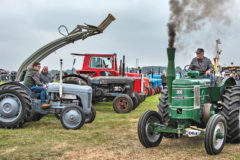