It’s time for our annual feature where we showcase some of the classic combine harvesters that have been in action this summer and autumn.

Despite spiralling costs, difficult climatic conditions and uncertainty over the future, running a classic combine harvester remains as popular as ever – particularly for those with small acreages. Seen as an economical alternative to the high-tech machinery on sale today, machines built at least 40 years ago still have a role to play in bringing in the crops across the United Kingdom, in the Republic of Ireland and around the rest of the world.

Easy to operate and, perhaps more importantly, simple to maintain, some of these combines have often been owned for numerous years, while others may be recent additions to replace an even older machine – but all form an integral part of their respective farming operations, and are pivotal to the success of operations at this critical point in the farming calendar.

Their owners are a dedicated and enthusiastic group that take pride in their machines, and are pleased that others admire them as much as they do. Thanks to T&M’s readers and social media followers, we’ve gathered in a varied selection of the machines still in use today to share with you.

Classic combine harvesters: Claas Senator 70, Co. Antrim: “Here is a 1975 Class Senator 70, owned and operated by agricultural contractor Leslie Houston, harvesting in the Braid Valley, Broughshane, Co. Antrim, says Darren Houston. The tractor is a 1978 Ford 6600 with KP trailer, owned and operated by farmer Robert Irvine. My dad, Leslie, has owned and driven the combine from the early 1980s, when he sold his Claas Mercator. The Senator 70 has been very reliable over the years and it has always been stored inside. This year it received new drum speed belts and a variable speed belt. The local Claas dealer actually had the drum speed belts in stock! The annual workload is typically now only 10-15 acres. The header is a 10-foot cut, but with a transport width just over 11 feet, the header has to removed sometimes to gain access along narrow lanes. The six-cylinder Mercedes engine always starts first time and it sounds great too.” 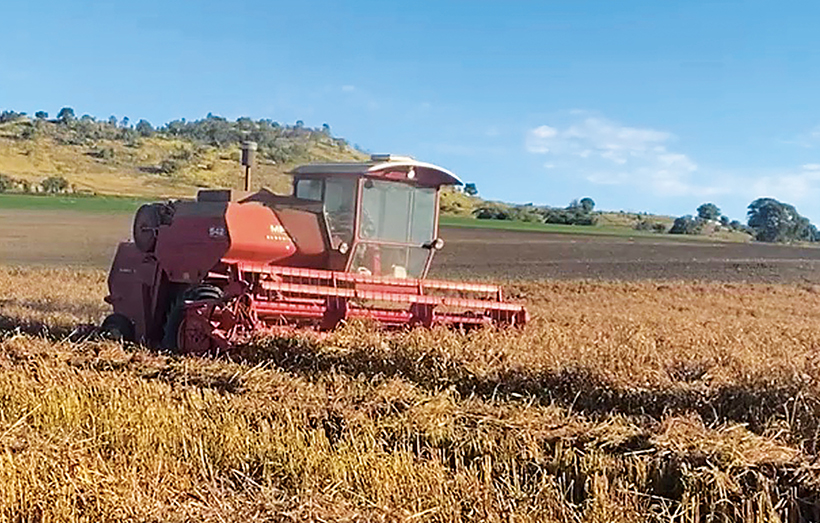 Massey Ferguson 542, Queensland, Australia: “This is my dad harvesting red panicum on our MF 542, writes Grant Coy. “My grandfather bought it brand new on 17 Nov 1975.” 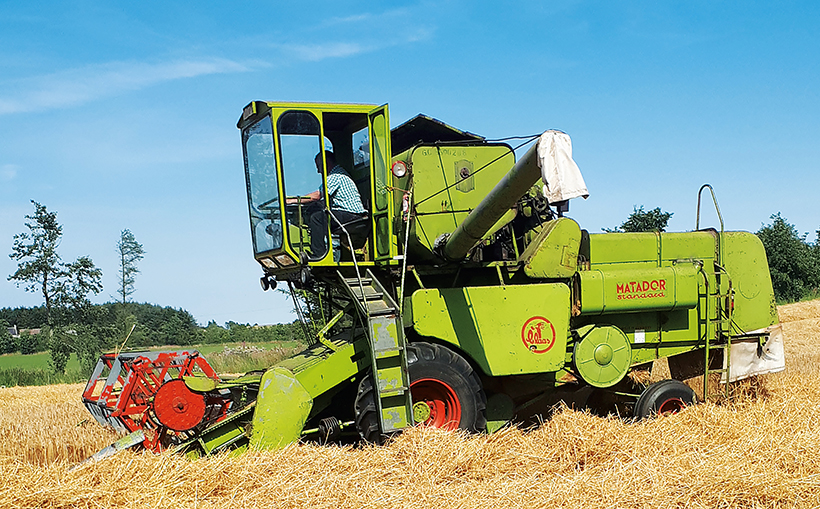 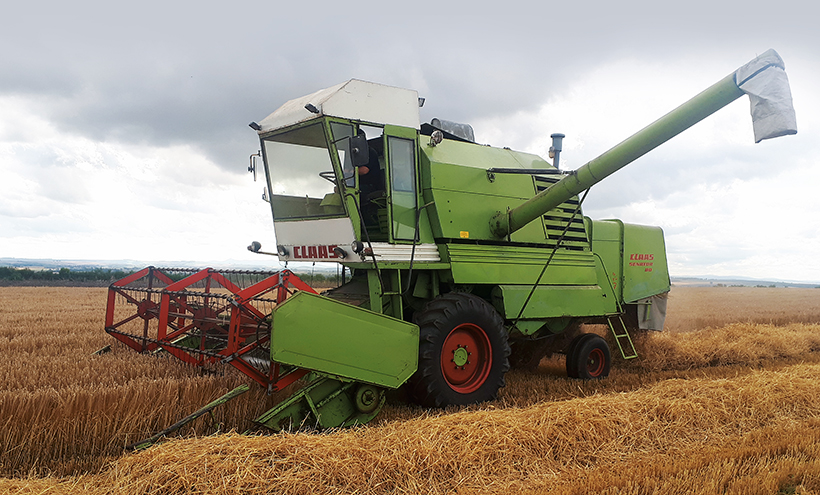 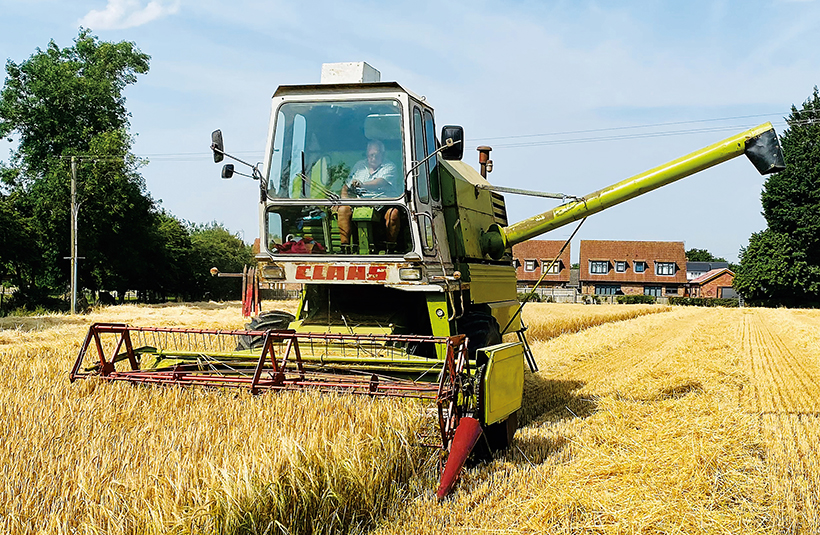 Claas Senator 85, East Yorkshire: “This classic Senator 85 was manufactured in approximately 1968,” writes Alan Nicholson. “We saw this machine advertised for sale in Trimden, Co. Durham, and it was bought by Nick King of Little Driffield, East Yorkshire, who farms various pieces of land in the area. On starting to check it over, we realised that it had been stood for several years, but it had been kept under cover. We changed several belts and a reel speed cable, but couldn’t find much more wrong until we put it into action. The engine got a full service and the machine a full grease up. Once we started combining we struggled cutting some winter barley as we realised the knife was in a poor state, so once we’d cut the first eight acres we re-sectioned the knife and the combine went reasonably well, cutting approximately 50 acres of both winter and spring barley in the 2021 season. In 2022, on checking the machine over, we replaced the cutter-bar fingers and a chain and sprockets for the grain elevator, because the sprockets were badly worn. On beginning the harvest we had to replace a variable drum speed cylinder, as it was leaking oil. There have been a few problems this harvest, but it is an old machine so that is to be expected. Unfortunately, the grain elevator sheared a roll pin and blocked the elevator. The slip clutch wasn’t working and this wore the sprockets, but all is now rectified. In this season we have combined approximately 15 acres of winter barley and 45 acres of spring barley. I drive and maintain the combine, along with Nick, and we would like to thank John Marsh of Bempton for his help with parts and advice, JMT Engineering for second-hand parts, and Simon Ullyott, of Garton Field Farm, for the use of his workshop and storage of the combine over winter.” 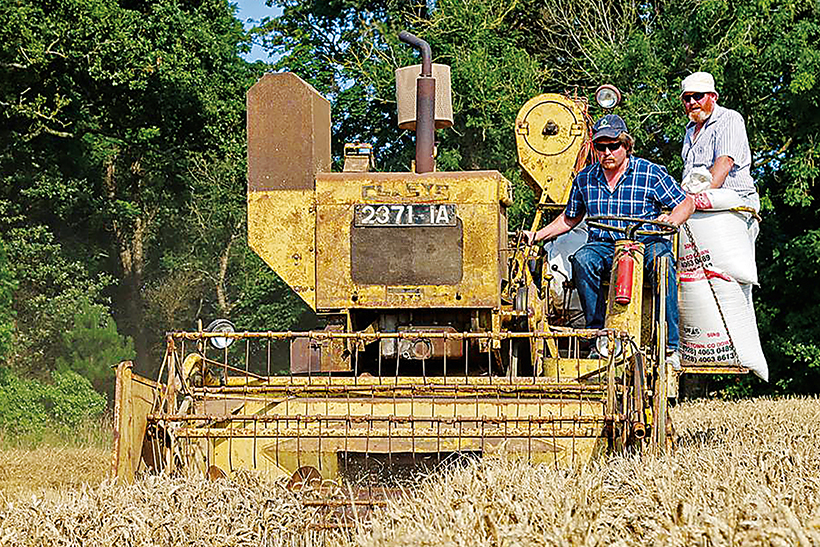 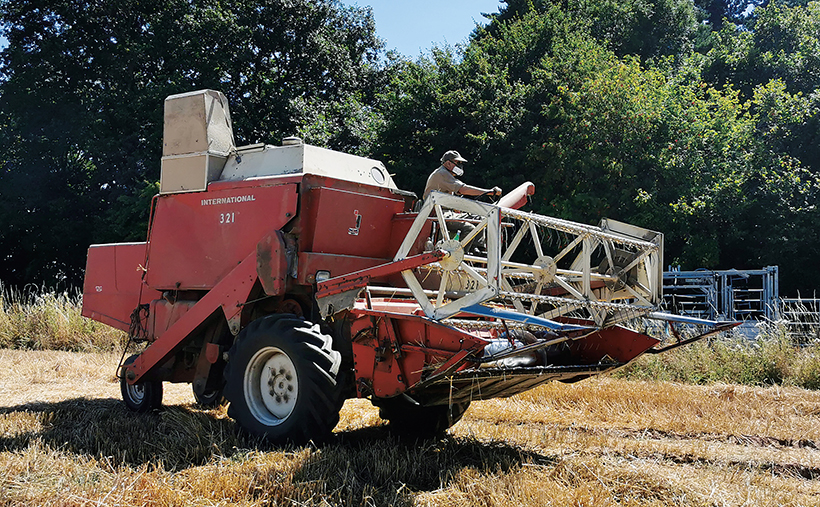 International Harvester 321, Herefordshire: “Here is our IH 321 busy at work this year,” writes Ashley Smith. “ We are in Madley, Herefordshire, and all the harvesting is still done by my father-in-law Elliott Burman with the machine.” 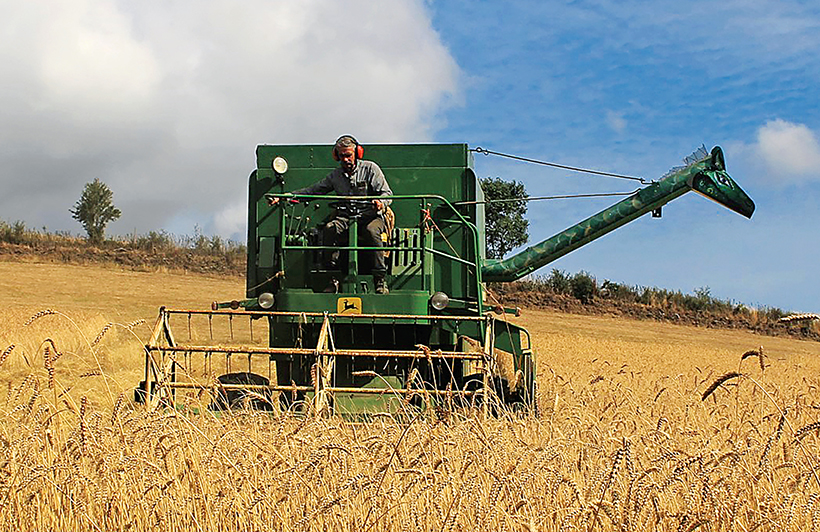 John Deere 940, Devon: “Here’s a photo of our combine harvester at work,” writes Abby Webb. “We are the Husbandry School in Bickington, Devon, and we offer a therapeutic education programme, as well as land management, husbandry and keeping heritage varieties alive and well!  This year, two of our students embarked on an art project to transform our combine harvester into a dragon! We are absolutely thrilled with the final product!” 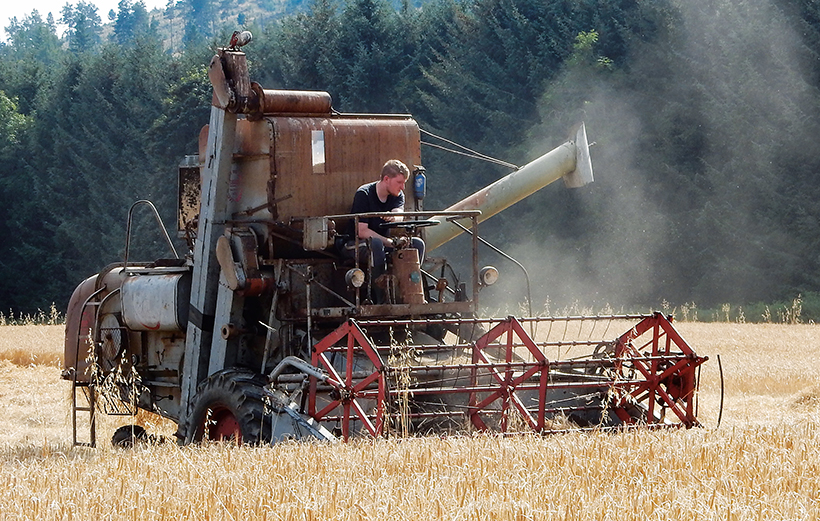 Claas SF, Aberdeenshire: Bradley Joss writes: “This combine was brought home by my grandfather in 1976 and has been with us ever since. It probably would have been cutting around 40 acres a year back in its heyday, but it got less and less after a Senator 60 was brought home in 2001. It was eventually retired around 2004 or so and sat in its shed from then until 2018, when I decided I wanted to make a go of it as a repair project.
“It required extensive work to get it back up to working order – the grain pan was full of holes, there was a big hole behind the drum and grain was flying out straight on top of the straw walkers, and the table had rotted through. The steering axle was nearly seized, so making a turn was incredibly difficult with how stiff things were.
“With help from my grandfather, we managed to get some sheet metal and lay it over the top of the rotten parts to get that sorted, filled in the holes in the pan with Isopon, and put a plate into the back of the drum to stop that and swapped the back axle with a spare combine that was kept to butcher spares from.
“The first year that we put it to work again it managed about 10ft before the wobble box broke, so it actually missed a few days waiting for a replacement and then on the last park we had I managed just under an acre with it, but there were issues with the blade stoke and it just wasn’t cutting right, so it had to be abandoned. You can do all of the work in the world to fix things, but you never know if it’s going to work right until it’s out on the field, when you only get a narrow window to try.
“One thing that’s always impressed me is that the engine has never needed any work. It always starts on the button, never chortles on a cold morning – it always just roars into life, no bother.
“Over the winter I did some more work on it, as there were more holes in the grain elevators and the trunk. There was some adjustment needed to the reel depth and a few other mechanical improvements. I also did a lot of work on the blade, replacing a large amount of sections, fingers and all the wear plates for it.
“We have around 120 acres of spring barley a year to cut for winter feed. As previously mentioned, we have a Senator 60 that did all of the cutting after the SF’s retirement, but more recently a new Holland TX34 joined the fleet. So it’s not our primary machine by any stretch – just a toy for me, more than anything! I’m 22 now and work in IT for a day job, so the work that gets done to it is either late evening or over weekends/holidays.” 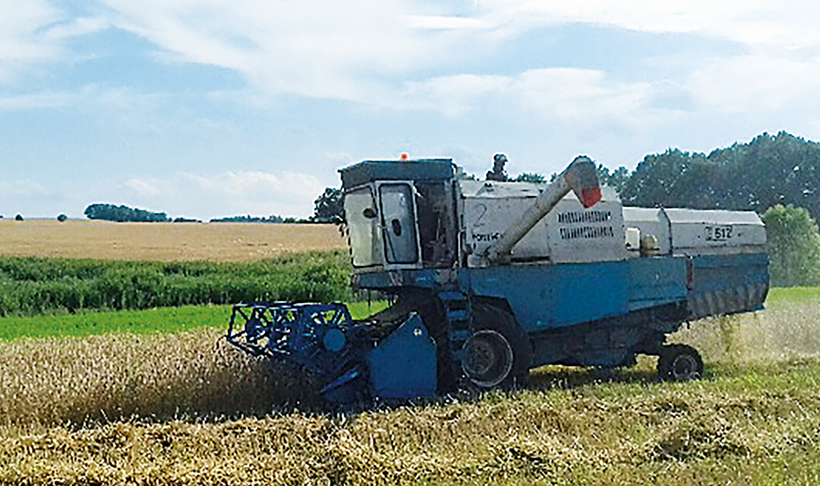 New Holland TX32, North Yorkshire: “We have a 200-acre family farm, run by my father and I,” says Stuart Wilson. “We grow wheat, barley and beans at the moment, but we have cut oilseed rape and peas in the past. We have owned the combine since 2007 – she is a 1989 TX32 with 15-foot header. We fitted it with wider wheels due to having some wet land. Over the years the combine has had many new parts and bearings, so we hope it will last a few more years before it will need to be upgraded!’

This feature comes from the latest issue of Tractor & Machinery, and you can get a money-saviong subscription to this magazine simply by clicking HERE 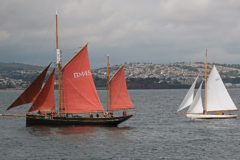 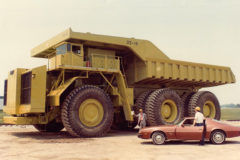