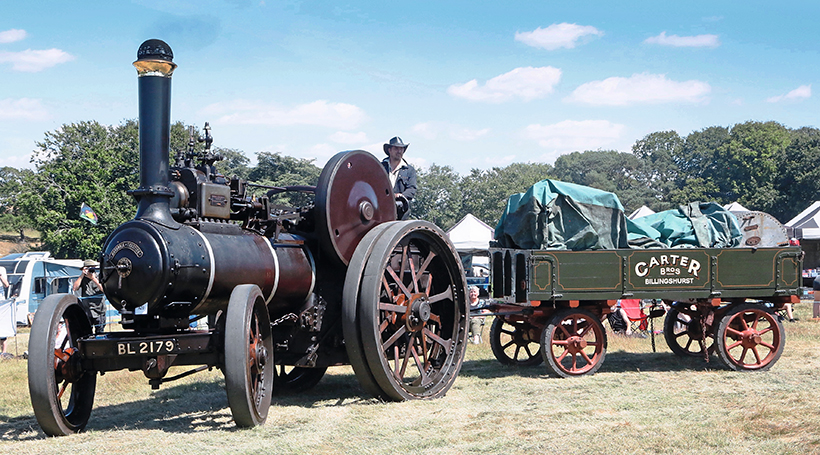 It‘s been great to see the superbly-presented original-style 1920 Marshall 6hp Q Class traction engine No. 73040 of Michael Oldham out and about during the last couple of years. The engine is doing the rounds now that things are more back to normal, following its purchase from Michael Webber. 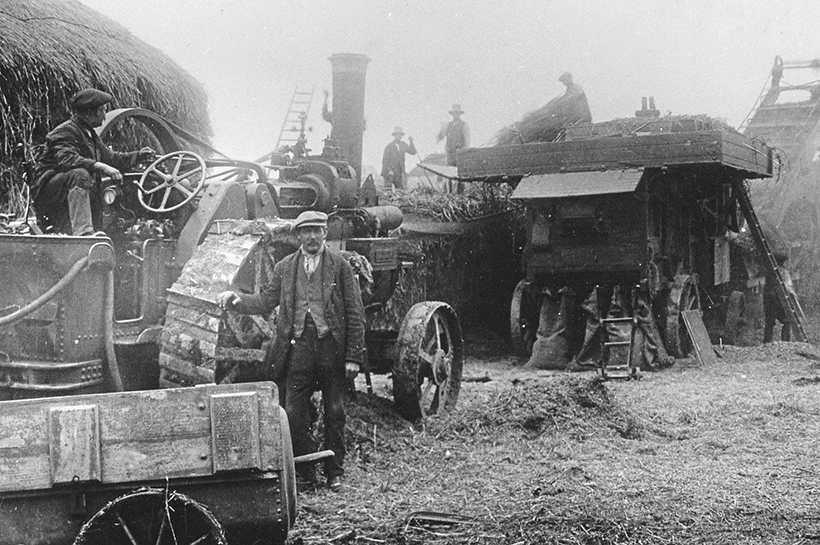 The prototype Q had three numbers before it sold as No. 61881, it lasted until after WW2 but by then its patent Marshall firebox had worn out. (Pic: WS Love Collection)

The engine is unique in so many ways, even compared to the other known Q, No. 70321 which is having a new boiler and firebox fitted at present. 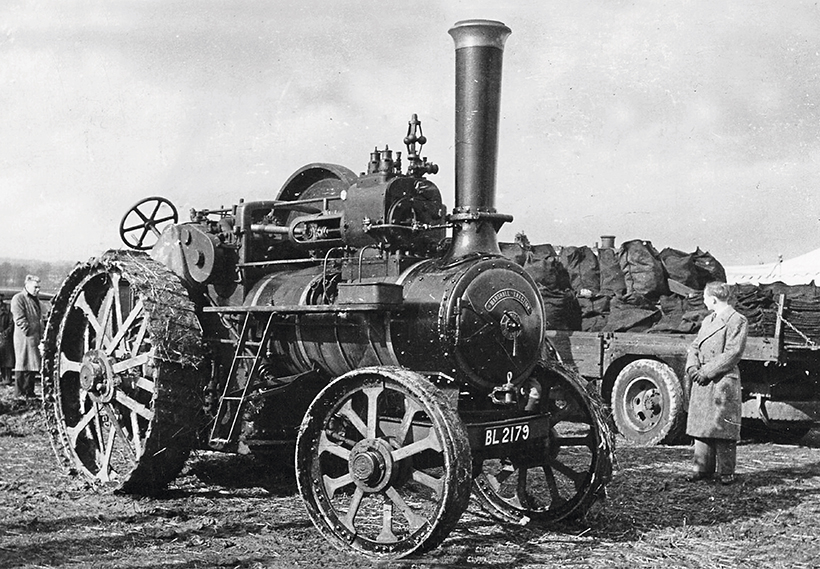 It was in 1911 that Marshalls of Gainsborough came out with its upmarket traction engine design called the Q Class or Q-type. It cost customers at least another £65 at the time and, depending on specification, even more than that. The first one to be completed was No. 59506, but that engine would change its number to 61672 and, later, to No.61881. It was first shown at the 1912 Royal Show with a feedwater heater, and was sold the following year via the Windsor Show to Thurlows of Stowmarket, in October 1913. It went on to have a succession of owners in East Anglia, including F Williams, who had other Marshalls including one that’s preserved today. But, sadly, No. 61881 was cut up after World War Two. 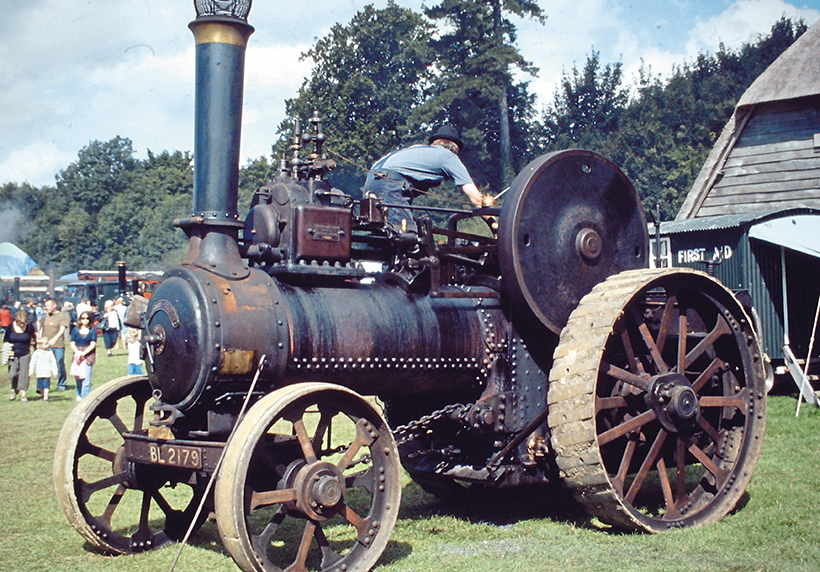 Seen at Singleton on 17 August 2008 after its refresh and a return to action. (Pic: Bob Moorman)

According to the records, No. 73040 was new via Thurlows to FA Smith, East Hendred, Wantage, Berkshire, who then sold the engine to Chris Lambert of Horsmonden, in May 1933. He used the Marshall until 1938 when, it was sold it to F Smith of Basingstoke From there it went to AE Newbury, in Kingsclere, Hampshire. 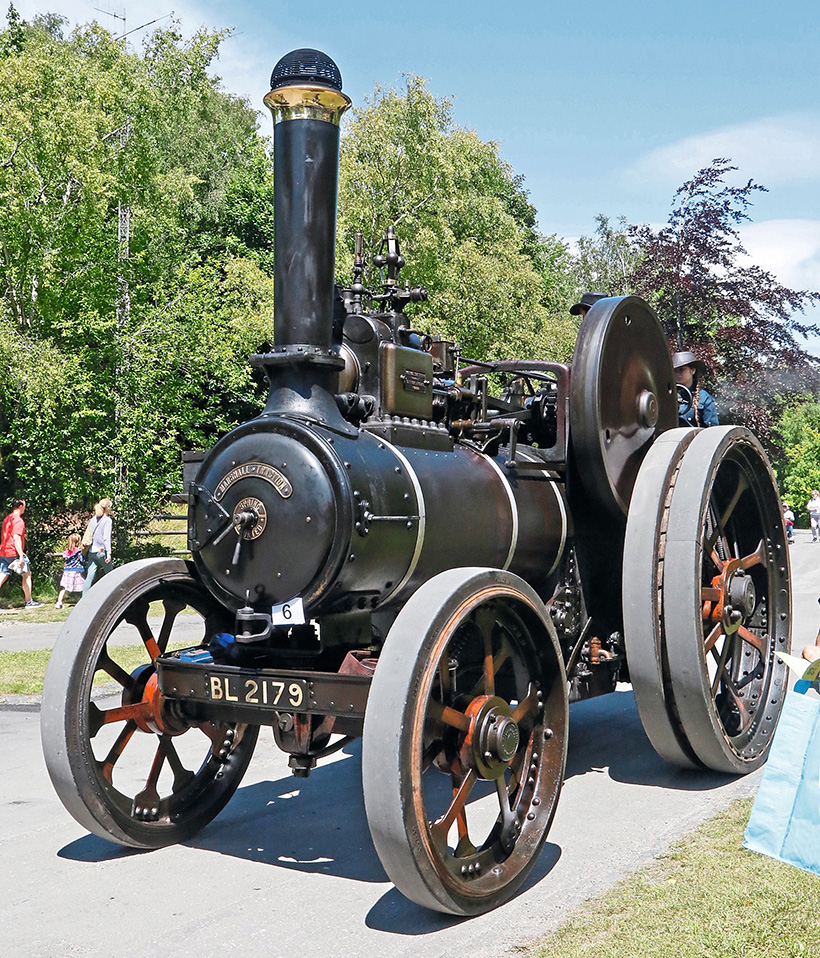 What a wonderful working style presentation of a traction engine with so much patina. (Pic: Peter Love)

It was the star at the very early Andover rallies, where she used her winch to great effect as the ground conditions were rather wet, even winching Fowler showman’s The Lion. This Q is more road locomotive than traction engine, with a solid flywheel, three speeds, geared pump and springs. It has the standard Q-type poppet safety valves and winch wheel fairlead. One could say this is perhaps the ultimate in Marshall traction engine designs, and a far better proposition than the Marshall S type that the company dabbled with later on. The obsessive RGC Lillywhite of Manor Road Garage, East Preston, ended up with this engine and six other Marshalls at one time. He also had other makes in his ownership at various times, including Burrell road locomotive No. 3057 Lord Roberts. 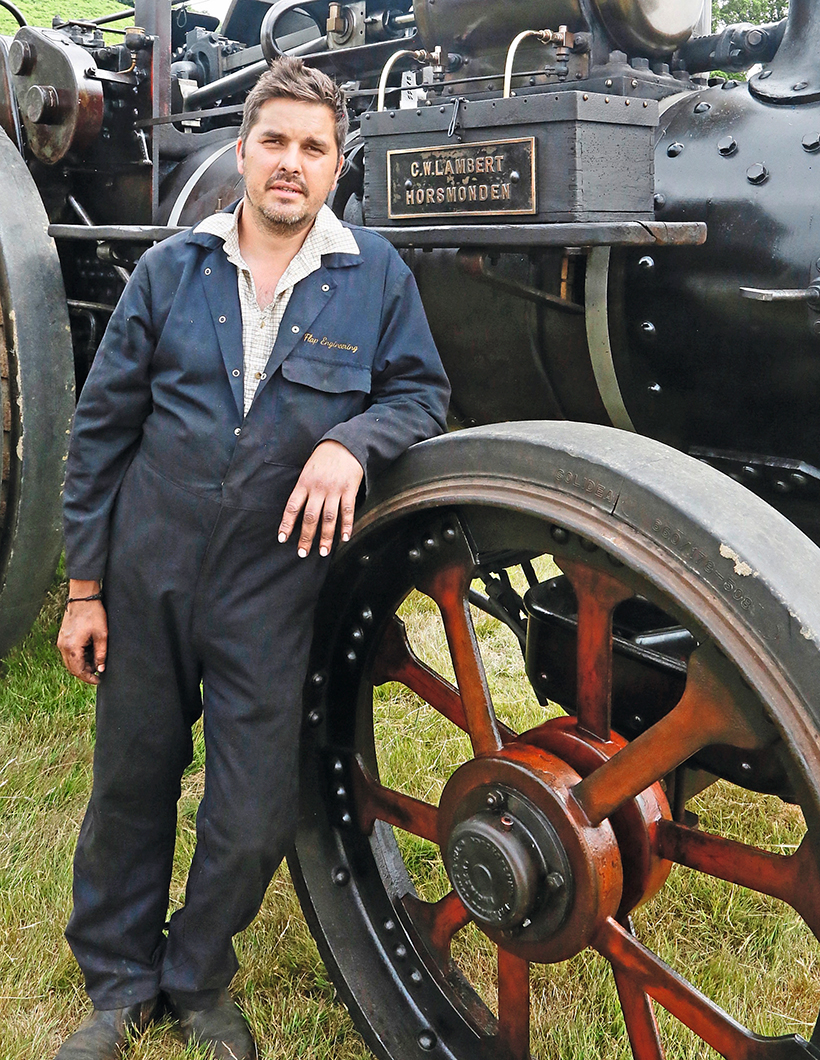 Michael drove the engine 26 miles home from the rally, he says the rear springing is still rather bouncy. (Pic: Peter Love)

After the engine’s acquisition by Michael Webber, and the clearing out of the very overgrown and dilapidated site where the engines stood from the 1950s to the early part of this century, it was found that No. 73040 had stood up to it well. The front end had taken the worst hit, and a new cast chimney base and smoke box, plus various other bits including a set of tubes, were fitted. However, the original Marshall patent firebox lives on to tell a tale. 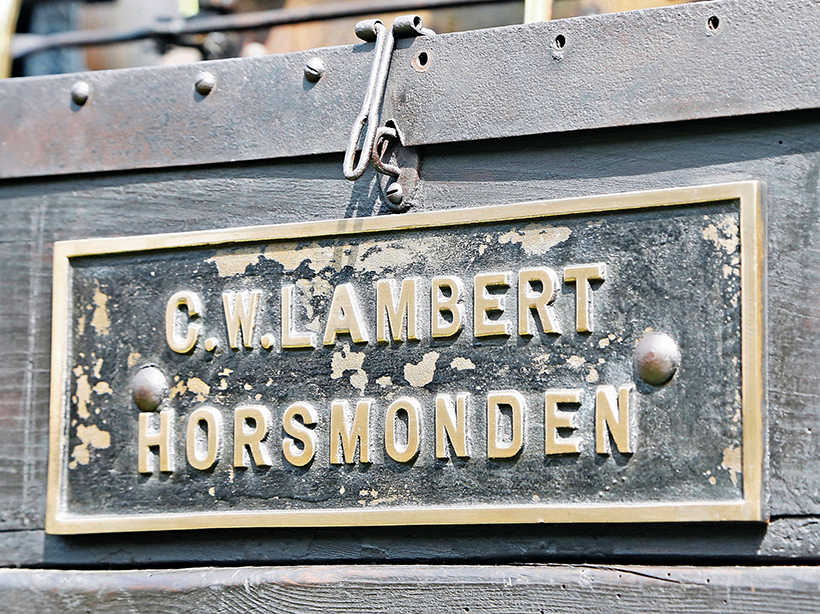 The Chris Lambert toolbox on the engine is most interesting. (Pic: Peter Love)

Interestingly,  the running board toolbox isn’t the one that was on No. 73040 during its working times, and I presume it carries the toolbox that came from Marshall No.84562. Lillywhite had this engine for a while before selling it to Leslie Drewitt at Colworth Manor in 1956, who then sold it in 1960 to the Hardings of Edenbridge; yet another ex-Thurlow/Lambert engine. I’ve not been able to catch up with top engineer Michael to ask him about where the toolbox came from and the Lambert plate it carries today, but I’m sure it will come out in the Shoreham wash, given time! 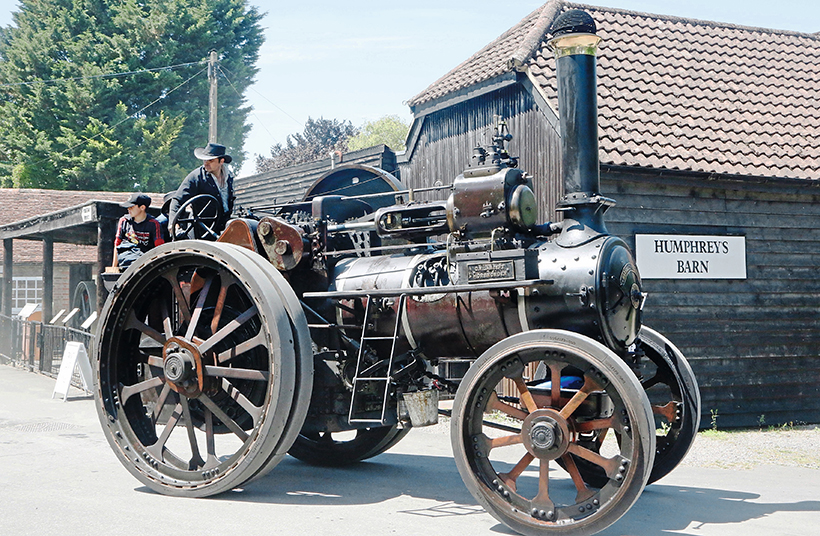 All-in-all, it’s lovely to see the engine out with owner Michael Oldham, and it was certainly the star at the early July Amberley road steam event as well as at the following weekend’s Sussex Club’s superb and very successful Parham Park rally. 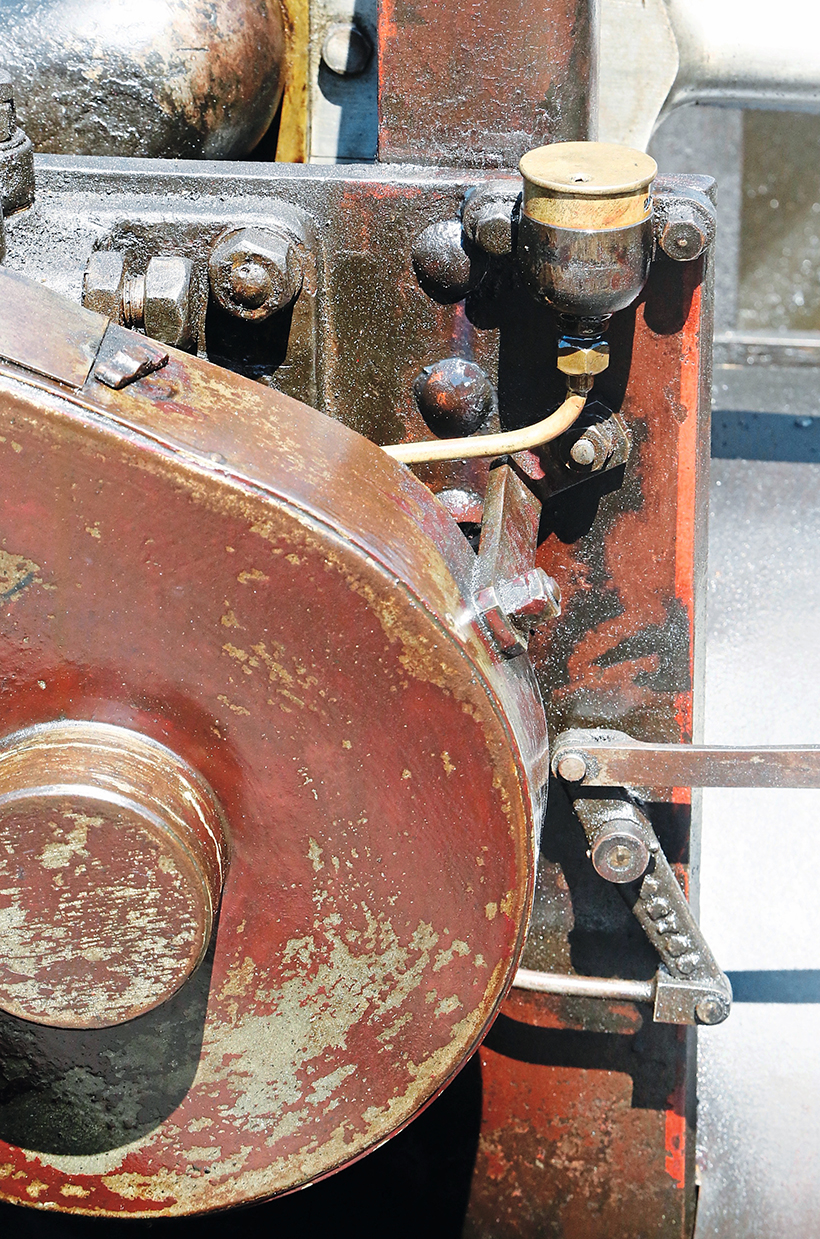 The cover on the gear-driven water pump was not one of Marshall’s best design features. (Pic: Peter Love) 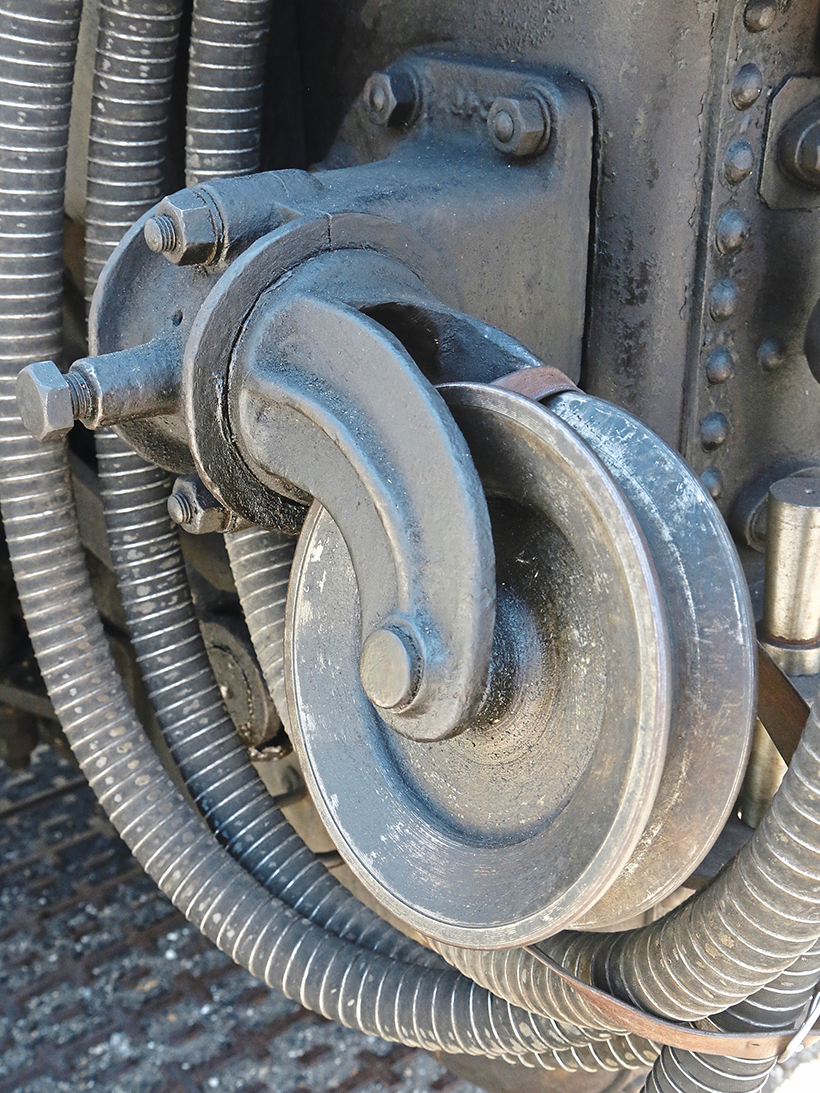 A unique feature on the Q is the winch cable fairlead. (Pic: Peter Love) 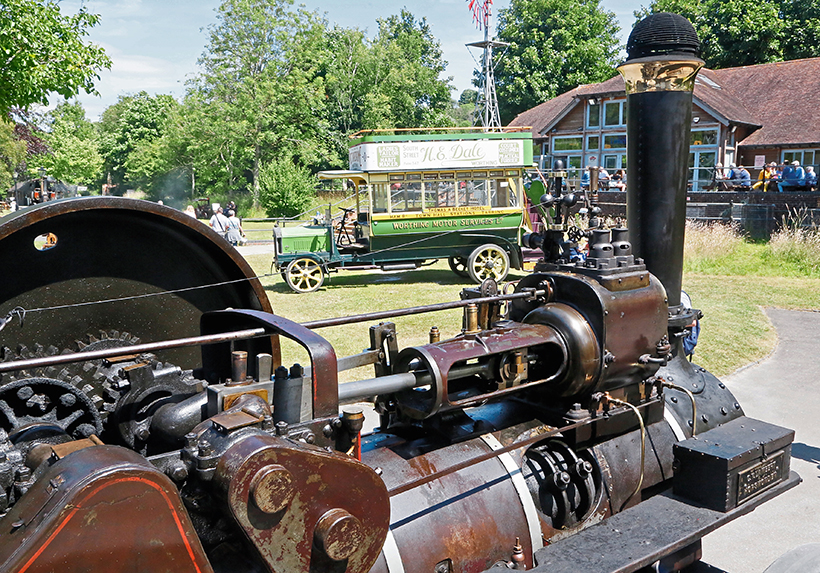 Showing the poppet safety valves on the Q while at Amberley Chalk Pits. (Pic: Peter Love) 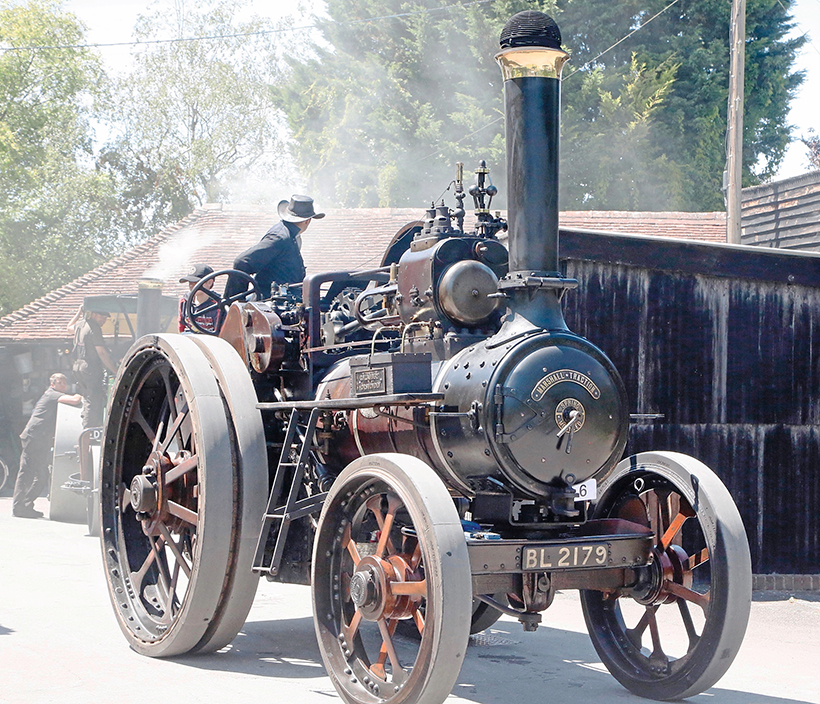 It could be backing into a yard ready to go threshing. (Pic: Peter Love)

This story comes from the latest issue of Old Glory, and you can get a money-saving subscription to the magazine simply by clicking HERE 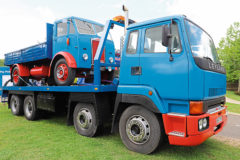 Truck shows are back!