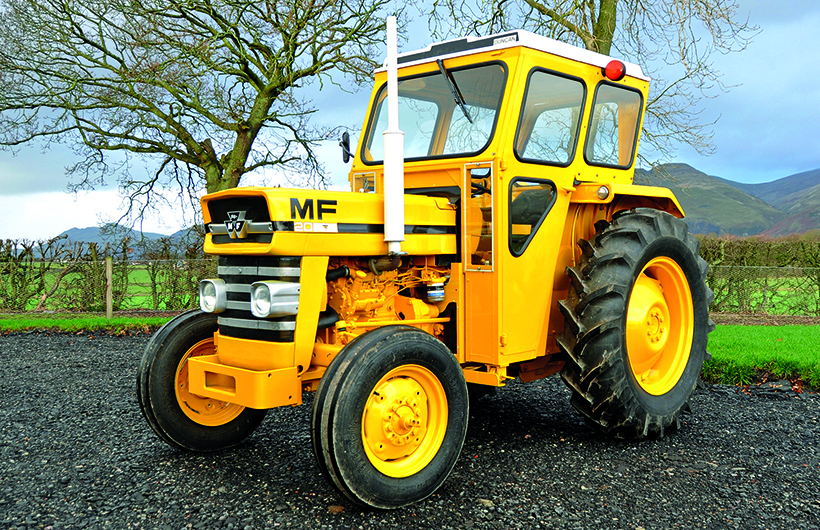 1975 MF 20 Industrial tractor: David’s machine in its distinctive, yellow livery. KLS 211N is a local machine, and used to belong to one of his friends.

Dave McCulloch was born in the area around Crieff, in Perth and Kinross, Scotland, and comes from a farming background. “My grandfather had a farm, so I was used to being around tractors and machinery from a young age,” he explained to me. “My first experience of driving a tractor was when I was about six years old. We were lifting stones in a field using a grey Fergie, and my father and uncle were doing the lifting. All I had to do was steer the Fergie in a straight line; my father would stop the tractor every time we came to the end of a row.

“I didn’t get the opportunity to do much ploughing, before I went off to agricultural college; that came later, once I had got a job. I have worked with a number of different tractors over the years, including Masseys and Fords. I suppose, if I had to name a particular favourite, it would be David Brown.”

Plant hire business
“Because there was more money in plant hire during the early 1970s, I left farming and switched over to driving diggers and other machinery. One thing led to another, and I eventually started my own business. The first machine I owned was a Hymac 370 backhoe loader. This worked out well, and I’ve never looked back.” 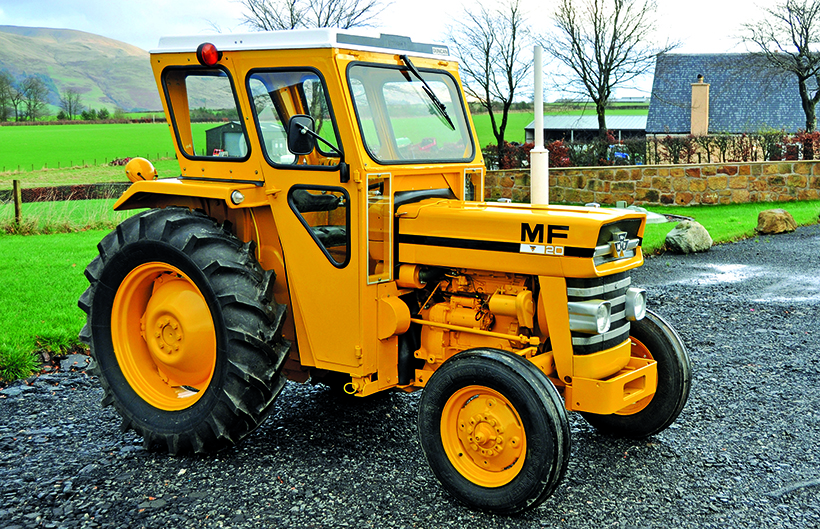 David has been involved in plant contracting since 1976. He specialises in groundwork jobs, and covers a full range of projects, from house building infrastructure, driveways and access roads, to small, civil engineering works across the Central Belt of Scotland. His son, David Jr, has recently joined the business, and the firm also employs three full-time operators.

“We currently run a fleet of Volvo compact diggers, together with Case and New Holland machines,” he explained. “Our current range of machinery ranges in size from 1.5 tonnes, all the way up to 13 tonnes. We do hire out to the local councils and farmers in the area, but we spend most of our time on groundwork jobs for private companies. To be honest, I always prefer dealing with smaller firms rather than working with the big boys!”

Over the years, David has also been involved in appraising new plant and machinery for various manufacturers. “I’ve been across to France a couple of times with Volvo, as part of an assessment group working with the latest compacts, prior to them going into production,” he told me. “Our job was to test the machinery, and highlight the good and bad points. I’ve used various types over the years; everything from old, Whitlock backhoes, to newer machinery from the likes of Hitachi.” 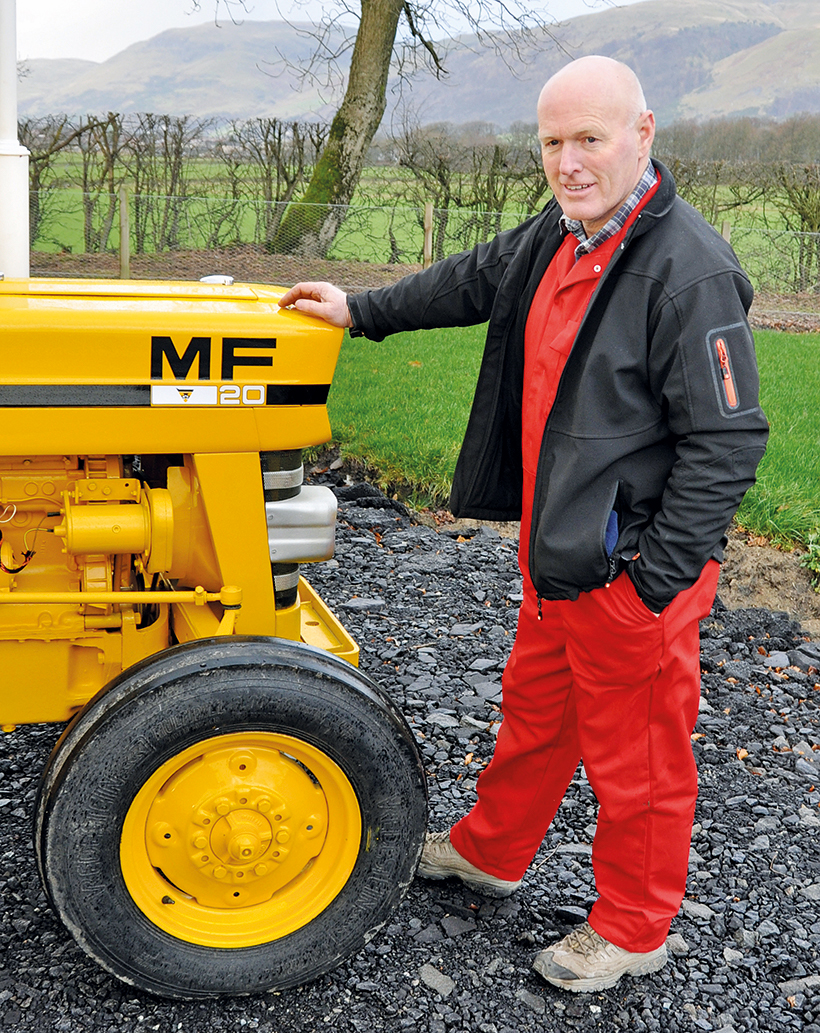 He said: “I started my tractor collection in the 1990s, with a grey Fergie. I’ve been at it ever since, and the current head count is about 10. My son has a standing joke that, at the present rate, if I manage to do up one every year, at my age I’ll probably run out of time!

“Although I’m happy to work with old machinery, I don’t have a lot of spare time to do my own servicing and restoration work. Fortunately, I’m able to rely on the services of a number of local specialists, including Massey Ferguson expert, Tam Dall, from Scotlandwell in Fife, who restores my Massey tractors. 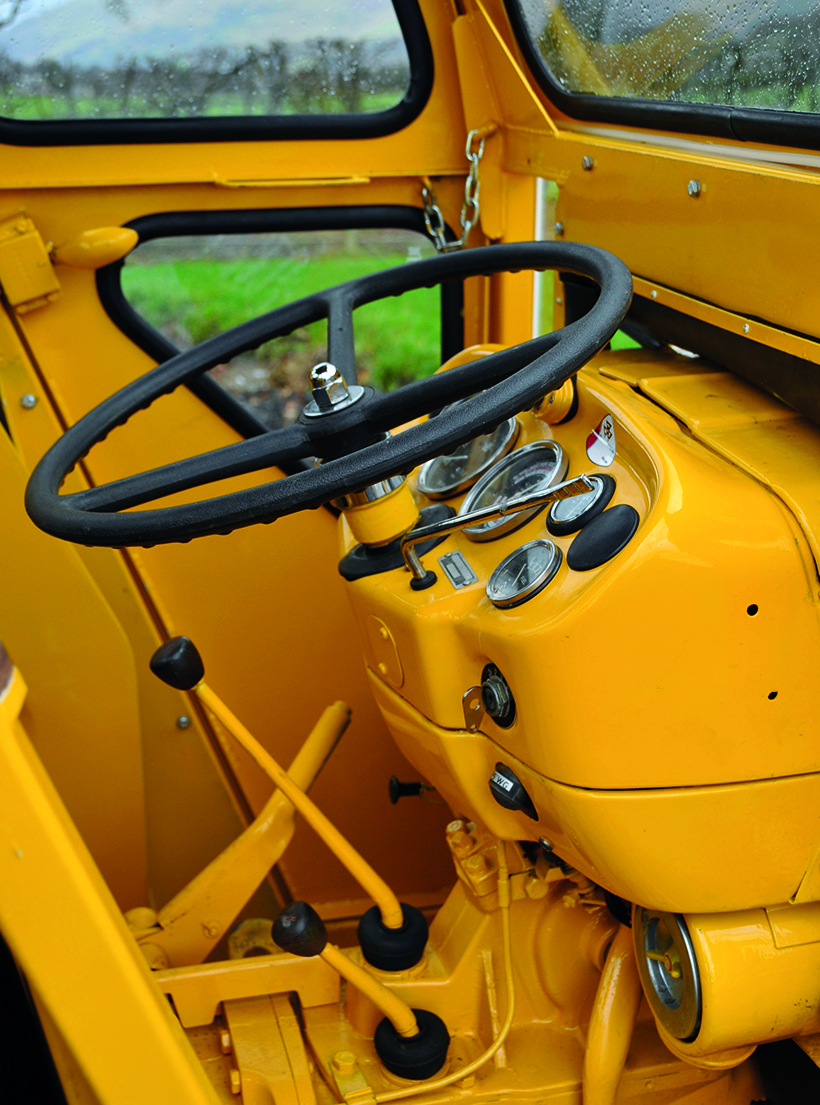 Unlike the MF135, the MF20 Industrial was equipped with full instrumentation, as many were used on the open road.

“He refurbished the MF 20, and is also in the process of finishing off an MF 35X that I intend to use regularly for ploughing matches. I’m a member of the DMR (Doncaster, Meltham & Racine), Fife Tractor and Saline ploughing clubs, so the autumn months can get quite busy. I’m using a Fordson Major at the moment, until the 35X is finished. The machine is a bit heavy for transporting around, but does the job just fine.”

Putting the machinery to work
Like a lot of enthusiasts, David isn’t interested in restoring old machinery just for show. “I suppose, like any plant hire contractor, I like to see my machinery hard at work,” he explained. “The MF 20 is a good case in point. That tractor was first registered on April 1st, 1975, and I bought it from my friend, John Logan, over in Stirling. John used to be a working farmer, but has since moved on to other things. In 2009, the MF 20 became surplus to requirements, and I took it off his hands. It then sat in my shed for many years until, in 2014, I decided to restore the machine. 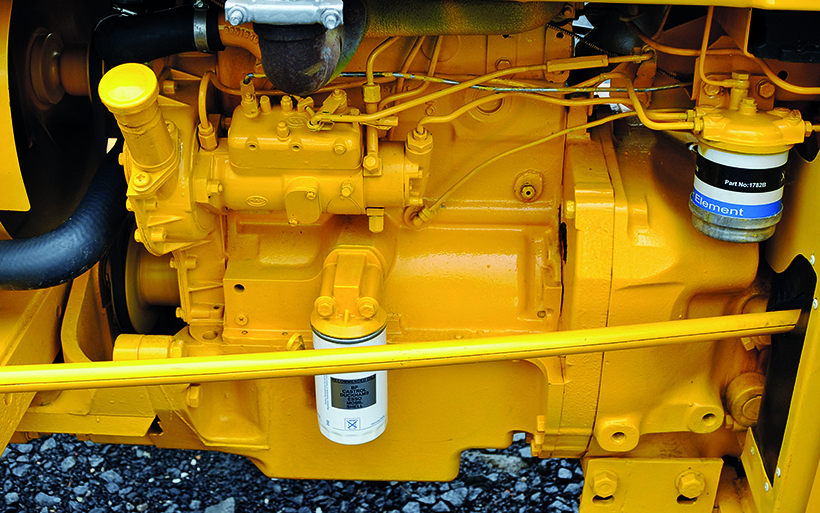 The ever-reliable Perkins three-cylinder, diesel; arguably the best engine in its class.

“I know a little about the tractor’s history, but the early days are a bit of a grey area. I believe it’s always been used for farm work, and the second owner was a Mr Sneddon. He lived at a farm just up the road in Dollar. It was then acquired by John.”

The MF 20 harks back to the time when Massey Ferguson was looking to expand its industrial line of machinery, and created ICM (Industrial & Construction Machinery). The tractor was marketed as a high-performance machine with proven dependability, a comprehensive standard specification and a wide range of optional attachments.

The Industrial was also designed to comply with all regulations for on- or off-highway use, and standard equipment included a foot and hand throttle, engine and ground speed power take-off, dual brakes, deluxe seat, differential lock, comprehensive instrumentation, cigarette lighter and a thermostart starting aid. The tractor was also given a full set of lighting equipment, including road lamps and a rear working light. 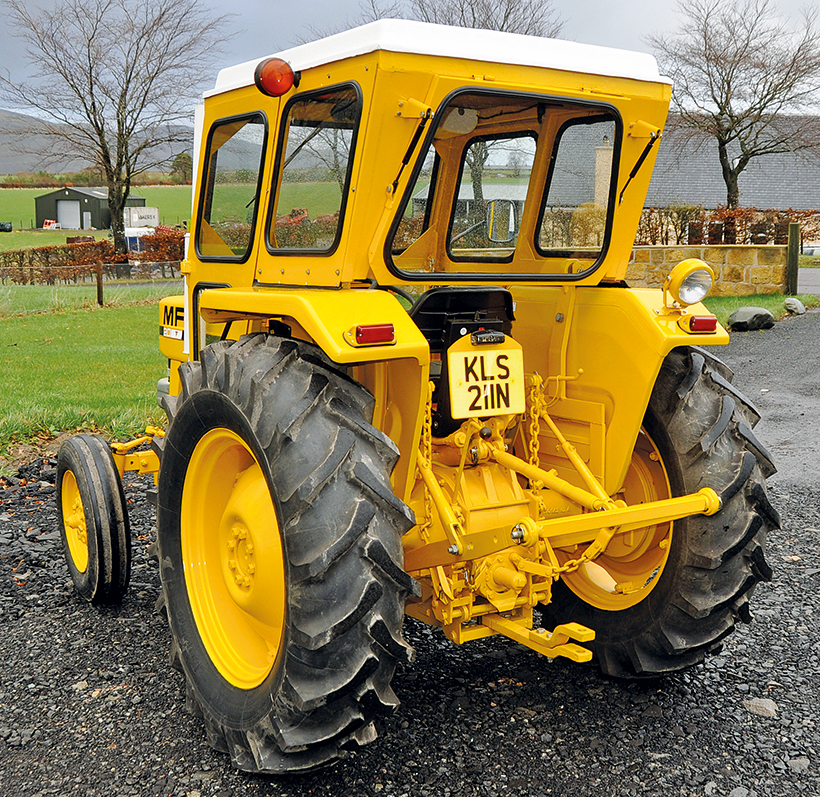 David’s machine is fitted with one of the much sought-after Duncan cabs.

Optional extras included multi-power transmission, power steering and an in-house, Ministry-approved safety cab. A quick-attach front loader with hydraulic crowd and dump, was particularly popular, as it could be fitted in minutes. Suitable for use with or without the safety cab, the loader had a fast working cycle combined with excellent lift capacity and forward reach. Low-mounted pivot posts offered good visibility, and access to the cab was unobstructed. Double-acting hydraulic control also ensured a full load every time, with excellent tear-out force for digging in harder materials.

Dave said: “The tractor is still all original, including its Duncan cab. The bodywork was in good condition when I first got it, and the machine came with a loader that John had been using for baling. Because he was working the Massey mainly during the summer months, the doors and cab roof had been removed to let the air in, so this meant that I had to find another roof. The only other missing parts were the wings, and replacements proved difficult to track down, but we got there in the end.”

The MF 20 was finally finished in June 2015, and the tractor’s first outing was on the Friends of Ferguson Heritage Club rally, from John O’Groats to Land’s End.

“It completed the section from the Gleneagles Hotel to the dockyards at Rosyth ­– a distance of 30 miles,” David said. “The tractor performed well, and I’m planning to use it on next year’s road runs. I intend hanging on to it for the foreseeable future.” 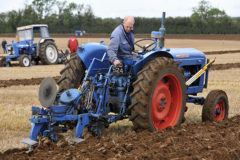