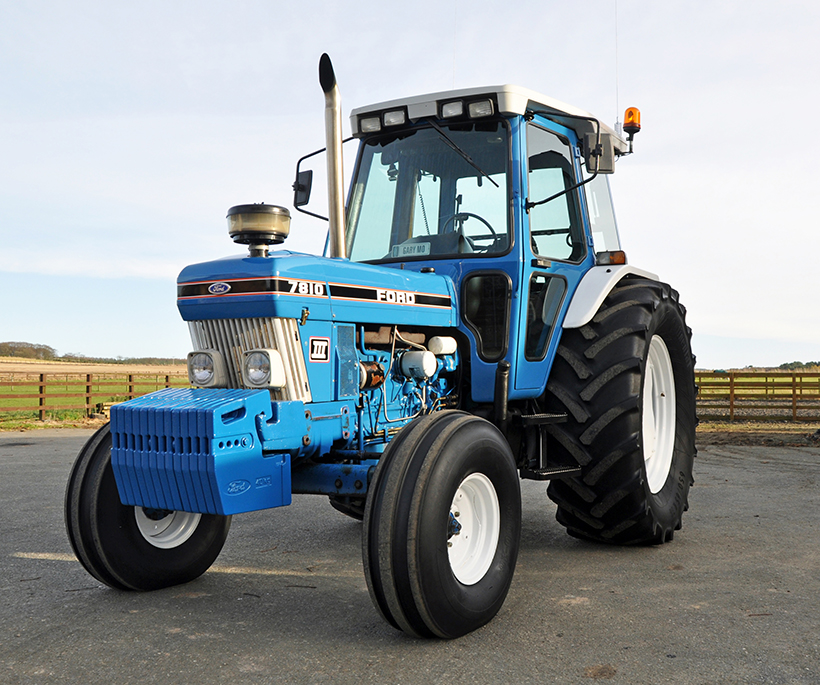 The town of Turriff is well-known for its two-day agricultural show, that’s held on a Sunday and Monday every August. The show marked its 150th anniversary in 2014, with a visit from Her Majesty the Queen. Also, a general street market was re-established in 2013, and takes place on the third Saturday of every month.

Gary Morrison and his family have lived in the Turriff area all their lives, and he’s been a big fan of Ford tractors since his childhood. His parents live on a nine-acre croft on the outskirts of town, and have constructed a shed to house Gary’s growing collection of Ford tractors.

Childhood obsession
“It all started back in 2006, when I was 12 years old,” said Gary, who works as a mechanic at Morrison Motors, which is the family-owned car dealership. “My mother bought me a Ford 4000 at the Aberdeen & Northern Marts (ANM) auction at Thainstone, near Aberdeen. I’ve been hooked on Ford tractors ever since.”

With the help of his parents, Gary started collecting 6X tractors, or the 1000 Series as they were most commonly known. Most of the Fords are still in the same condition as when he acquired them, although he does service them on a regular basis.

“I use a variety of suppliers for spare parts,” Gary explained, who learned to handle a tractor when he was just six years old. He also enjoys driving the machines, and often shares the experience with some of his friends. 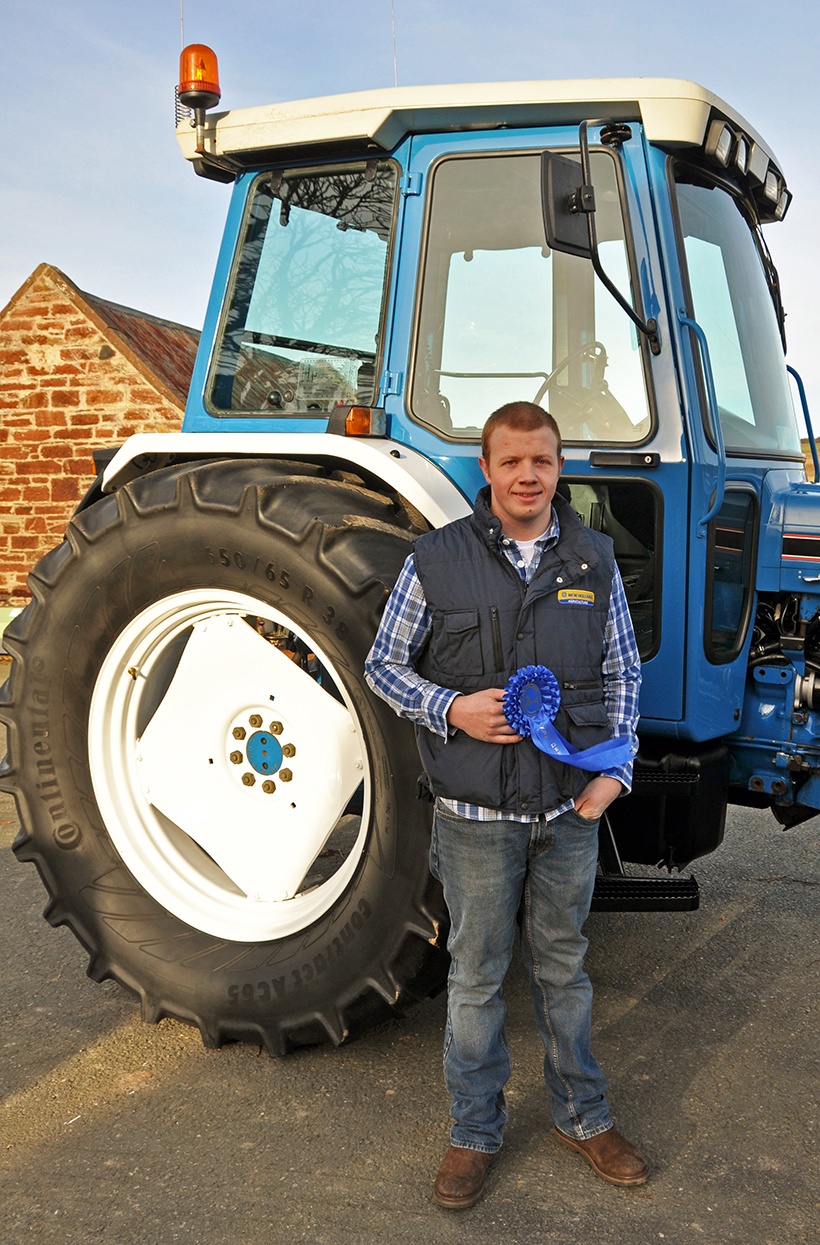 He added: “All my friends were brought up with tractors, and, every once in a while, we get together and take the Fords out for a spin. The locals sometimes don’t know what to make of it, but it’s a bit of fun. I wouldn’t mind eventually organising a proper road run to raise some money for charity, and my local football club – Turriff United – which plays in the Highland League.”

Ford 7810 development
The 7810 was built at Ford’s plant in Basildon. The row crop was updated three times in its short production life (produced between 1987 and 1991), but had roots going back several years. Unlike the earlier 7000 model, it was only available with a normally-aspirated engine, although turbocharge kits were widely available. One of the options was a front-wheel-drive assist, which offered some of the benefits of 4WD, and was a popular alternative to the cost and complication of a full, 4×4 system.

A special edition of the tractor was also released in 1989, to mark the 25th anniversary of production at the Essex factory. The tractors were painted in a special silver livery, and supplied with several items off the options list as standard.

Ironically, the paintwork was given a mixed reception by farmers, and several were repainted by the dealers in the traditional blue. This was either done before delivery to the customer, or following a subsequent trade-in. The high specification also made the Silver Jubilee version unsuitable for certain sectors of the farming industry, notably livestock. Consequently, it wasn’t long before discounts were being offered by dealers, in an effort to speed the sale of their remaining stocks. 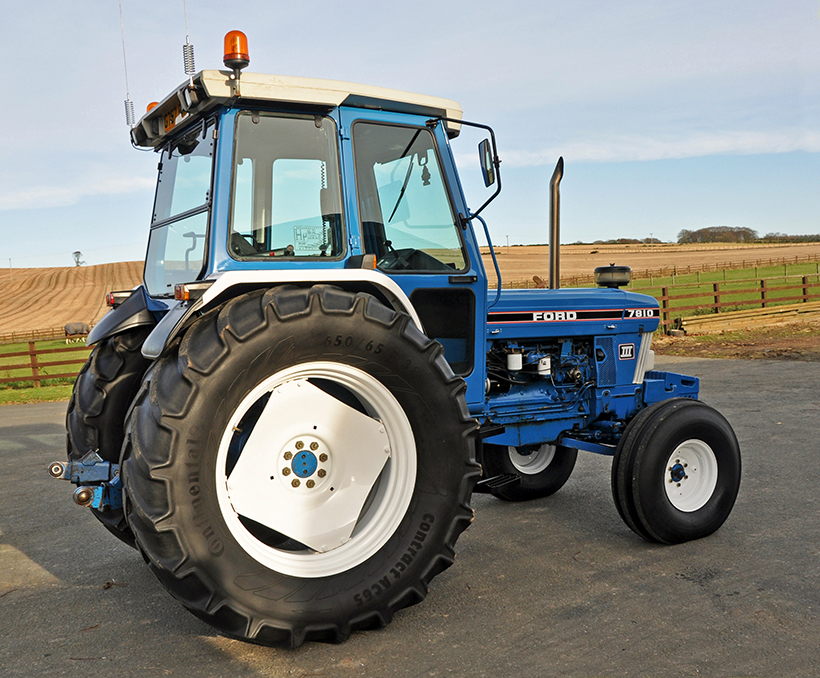 Gary’s row crop is more used to life on the open road.

It’s thought that a total of 150 tractors were given the Silver Jubilee treatment. The tractors were allocated on the basis of one 7810 for every Ford dealer in the UK. However, this figure has never been verified, as Ford’s records failed to differentiate between the standard blue 7810 and the special edition. Needless to say, the silver survivors are now eagerly sought after by collectors.

Instant appeal
Gary acquired the 1989 model (Serial No: BC 37553) from a Cheffins vintage sale in Cambridge, back in 2013. “I’ve always liked the 7810, right from when I was a teenager,” he explained. “My best friend’s parents have a farm just up the road at New Byth in Aberdeenshire, and they owned an example. I eventually got to drive that machine, and I liked it so much that I wanted one myself.

“I don’t know a lot about the tractor’s history, except that it has had three previous owners, and spent all its working life in England. I’ve been given to believe it was used with a sprayer for some of this time. The tractor was in a clean condition, and equipped with Dual Power. It was also a Mk.3 model although, for some reason, Ford never got around to releasing an Mk.1. In practical terms, this meant it had electronic instrumentation, as against the analogue display that was used on the Mk.2. In addition, it was equipped with radar to map the fields, and a split rear window.” 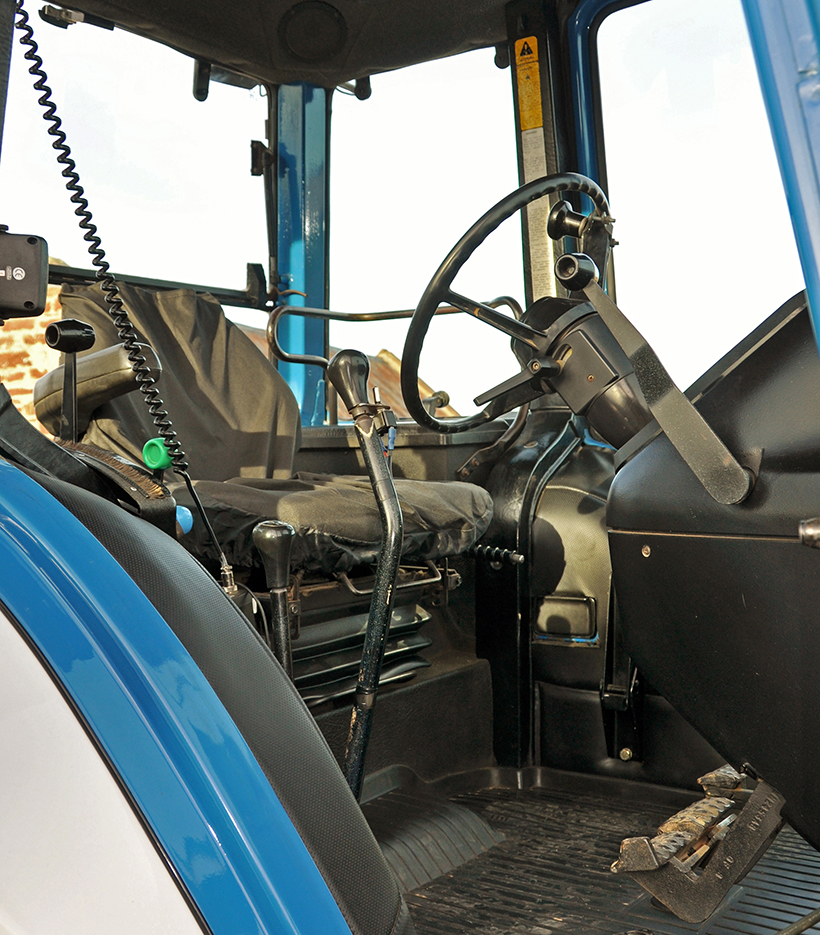 Arranging for tractors to be delivered back up to the north of Scotland can be a bit of a chore for collectors, but Gary’s family has come to an arrangement with several local hauliers. “We usually hire Ian Hay Transport Ltd, or Tom Walker from Turriff, John Riddell from Alford and Eric Scott from Strichen,” said Gary. “They bring the tractors up north as part of a return load.”

But, having got the 7810 back to Turriff, Gary decided it could do with a bit more power. He said: “Unlike the earlier, four-cylinder 7000, that had a turbocharged engine fitted as standard, the six-cylinder in the 7810 was just a normally-aspirated unit. So, if you wanted turbo power you had to fit the part yourself, or get the work done by a dealer.

More power
“My friend’s tractor had gone through this procedure, and I wanted the same for G757 PRH. I was also looking for a project to do in my spare time. I decided to go ahead, and went to Ravenhill Ltd and bought all the parts. I use Ravenhill for a lot of my spares. It has got branches all over the north-east of Scotland, including the one at Turriff.

“The first thing I had to do was strip the engine down, removing the manifold in the process. All the gaskets then had to be changed, before I could put on the turbo, turbo pipes and replace the fuel pump.”

It was at this point that Gary received a phone call from his friend at Ravenhill. “He called to let me know that he’d managed to get his hands on a dyno machine, so I arranged to get my modernised machine tested. Following the modifications, it was putting out 168hp on the PTO, and 188 through the engine. This was instead of the regular 95 and 105, so represented a significant improvement. However, I still felt the tractor was too slow, so I decided to change the tyres, as well.” 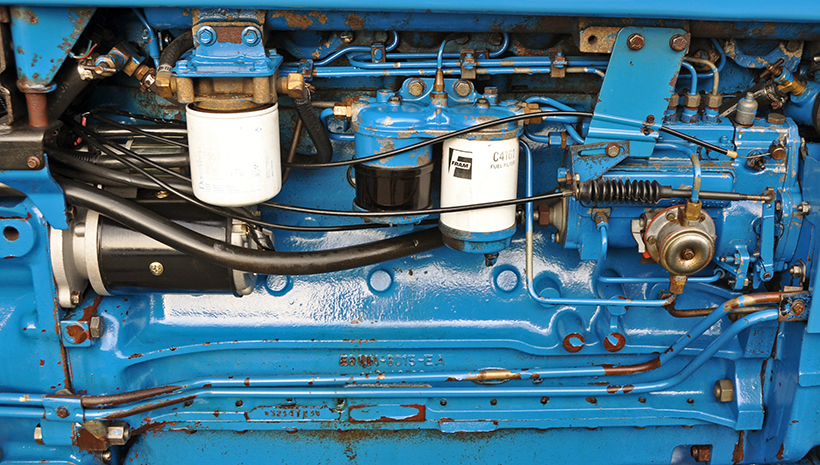 Gary has given the normally-aspirated standard engine a turbo boost, Buchan-style!

Gary did a bit of research, and ended up choosing 6.50-38s. This has boosted the top speed to 42kph, from the standard 30. “Fortunately, my tractor is the standard 2WD version, so I was able to make this modification,” he said. “I wouldn’t have been able to fit different tyres on a 4WD machine. Although I was always happy driving the 7810, I always felt the tractor was capable of a lot more. Thanks to the extra horsepower, it’s now more fun to drive!”

Practical use
Now that the 7810 is up and running again, it hasn’t been allowed to rest on its laurels. Although Gary’s home at Meikle Colp croft isn’t a working farm, his mother keeps seven ponies for show. And, like horses the world over, they need plenty of hay.

Gary said: “The tractor makes all the hay, and tops the fields. Ideally, fields should be topped a minimum of once every year during the spring or summer. This improves the pasture by encouraging the grass to establish a thick turf, and reduces the opportunity for weeds to grow. The 7810 also does all the muck-spreading, and I use it to manoeuvre my other tractors around the yard. 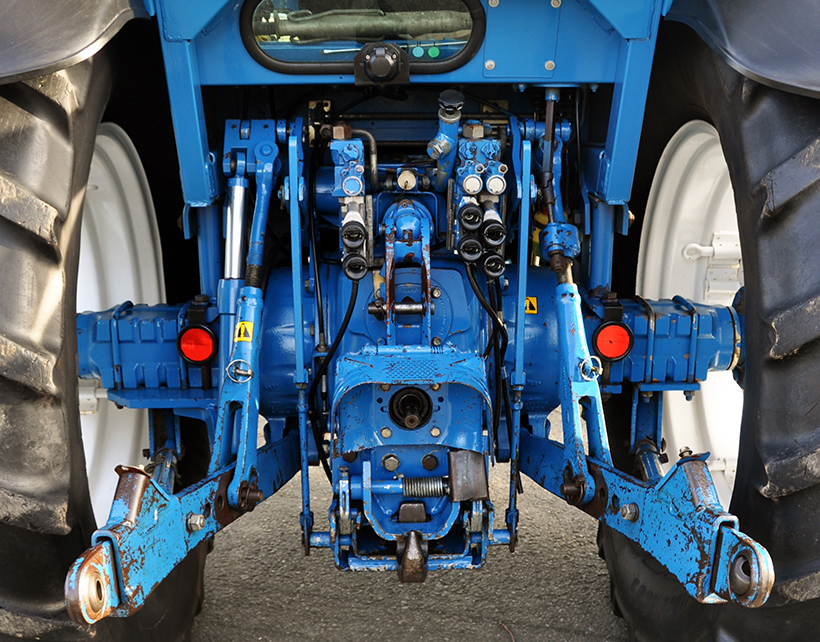 The hydraulics are standard and still in good, working order.

“The tractor is equipped with the standard hydraulics. In addition, the family owns a Fraser trailer and a low-loader. We’re also using it at the moment to help with the expansion of my father’s car dealership on the Banff road. The tractor is carrying all the topsoil and earth on what is a three-mile round trip. It should be kept busy for the next couple of weeks with that.”

Although Gary is happy with his 7810, he would love to acquire one of the Silver Jubilee models. “There are a couple of the Anniversary models not far from here, but getting my hands on one won’t be easy,” he said. “However, it’s definitely something I want in the future.” 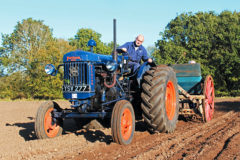 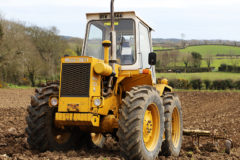