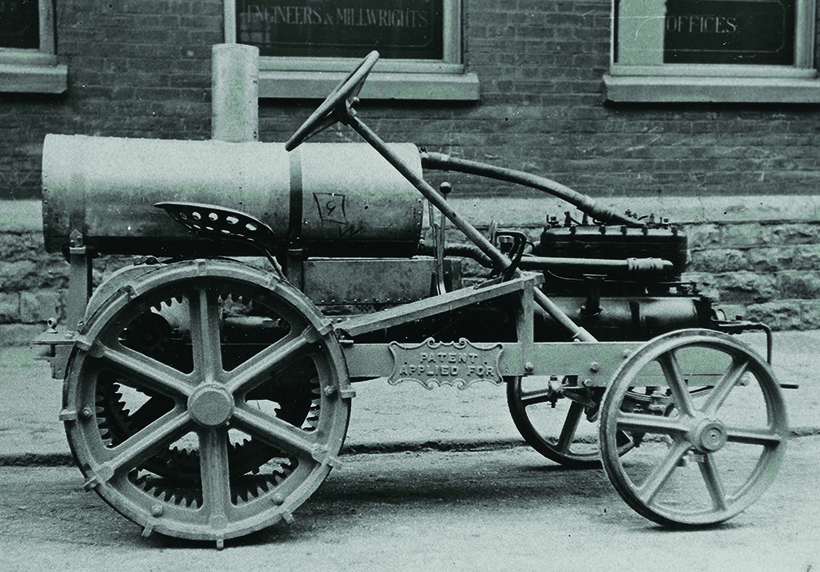 Weeks-Dungey tractor: This was the early version of the Simplex tractor designed by the Weeks company, with help from its customer, Hugh Dungey.

Queen Victoria’s reign was a period of prosperity and expansion for the farm machinery industry in the UK, with demand from the home market and from Britain’s vast empire overseas helping to boost sales and profit margins.

Growth opportunities, including the introduction of new machinery products and technology, attracted additional companies into the machinery industry, and one of the noteworthy arrivals at that time was an engineering business established during the 1870s or 1880s in Maidstone, Kent, by William Weeks.

He started the business on a small scale, making and repairing equipment for local farms. But hop production for the brewing industry was expanding in Kent, and this offered an opportunity for the Weeks company to start developing special products for its hop-growing customers.

As early as 1889, the Weeks company had expanded sufficiently to have its own stand at the Royal Show, where it announced a new hop-washing machine. The growth continued and, at the 1894 Royal Show, the Weeks machinery display included additional products for hop growers, a steam-powered cultivator and a new range of machinery designed for use in wind- and watermills. 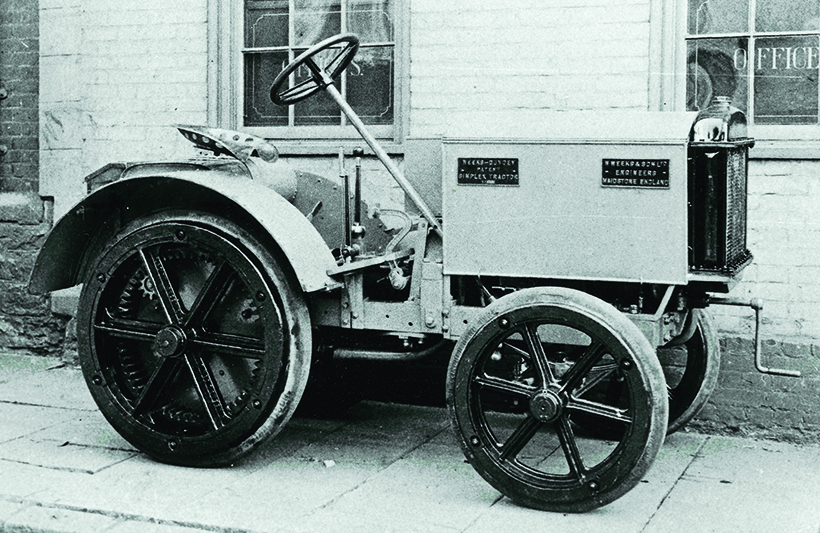 A New Simplex tractor photographed at the Weeks company headquarters, in Maidstone, Kent.

Slow-adopters
While tractor development was becoming established, particularly in America, William Weeks had little interest in that sector of the market. Steam engines and steam-powered machinery had become an important success story for UK farm equipment manufacturers, and Britain’s early dominance in the development of steam technology probably hindered the introduction of tractors on UK farms, and may also have discouraged some potential manufacturers.

A number of specialist contractors, and many of the larger arable farms, were using steam power for ploughing, cultivating and threshing during the 1890s and early 1900s and, as a consequence, customers for tractors were inevitably few and far between. So, the British pioneers who ventured into tractor production, such as Dan Albone with his Ivel range, Prof Scott, and HP Saunderson, all relied on exports for the bulk of their sales success, while some established equipment manufacturers – such as Marshall – developed their first tractors specifically for overseas markets.

Step change
However, the situation regarding tractors in the UK changed dramatically after the outbreak of the First World War in 1914, and this is when the Weeks company initiated its tractor development programme. The large number of men and working horses that were leaving UK farms for the battlefields of Europe, threatened to bring a big reduction in the output of home-produced food, and this was happening at the same time as German U-boats were destroying significant numbers of ships bringing in imported food supplies.

There was suddenly an urgent need for tractor power to boost farming productivity as Britain faced the possibility of a serious food shortage and, with home-grown manufacturers ill-equipped to meet the sudden surge in demand, most of the extra tractors had to come from America. 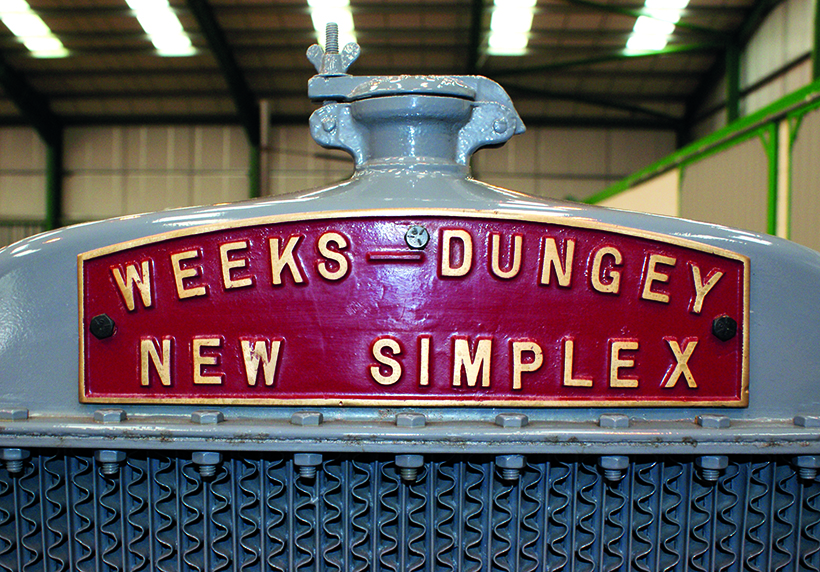 The nameplate on the header tank of one of the only two known New Simplex survivors.

Much of the development programme for the Weeks’ tractor was completed in 1914, and production started the following year when the tractor was shown for the first time in a working demonstration. The timing would have been perfect to catch the wartime surge in tractor sales and, presumably, the war situation was one reason William Weeks & Son moved into the tractor market.

Another factor was the enthusiasm of Hugh Dungey, who was one of the company’s local customers, and was keen to buy a tractor for his own farm. He encouraged Weeks to produce a general-purpose tractor which he helped design, and it may have been his influence that ensured the machine – the Weeks-Dungey tractor – would be sufficiently compact to suit the important hop- and fruit-growing activities in the area.

The Weeks-Dungey Simplex
The new tractor was known as the Weeks-Dungey Simplex. Overall width of the first production version was 48in (122cm), the length was 88in (224cm). It was powered by a 22hp four-cylinder engine than ran through a three-speed gearbox. The standard specification included steel wheels front and rear, but a set of solid rubber tyres was offered at extra cost for tractors that would be used for transport work. The options list also included a belt pulley for stationary work, such as milling and mixing livestock feed plus threshing, that featured in the annual workload for most farm tractors at that time.

An unusual design feature on early versions of the Simplex tractor was the cylindrical tank that was used instead of a radiator to cool the water for the engine, relying on the temperature difference for circulation. The tank was positioned over the rear axle, where the weight would contribute to traction efficiency and, having a large volume of warm water so close to the driver’s seat, may have been welcome on a cold day! 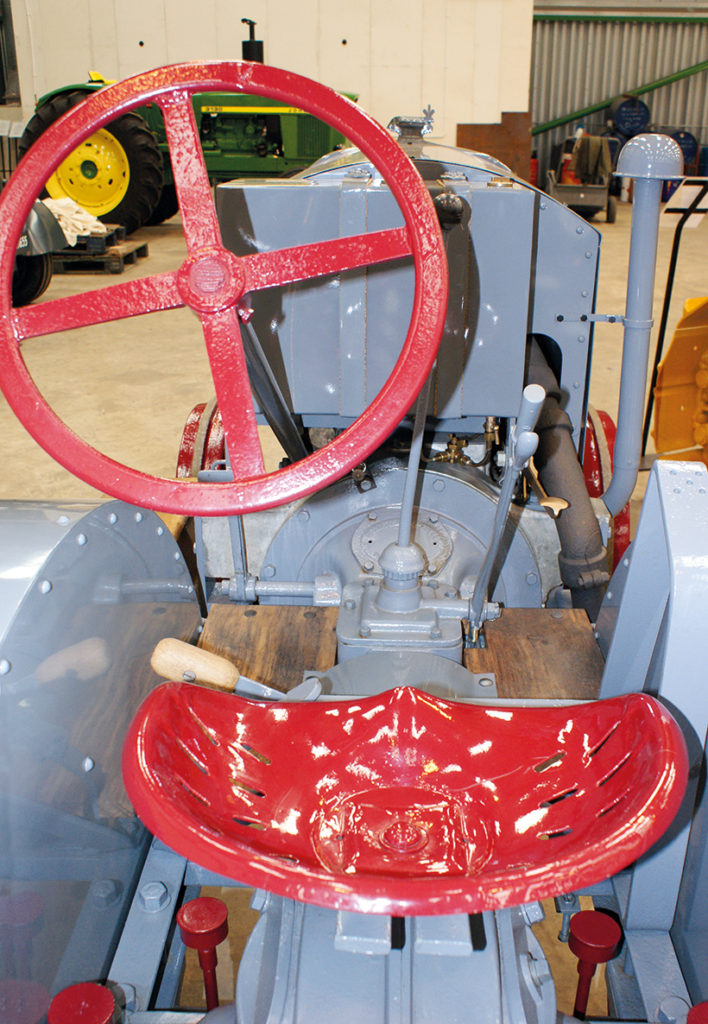 The New Simplex steering wheel was offset to the left-hand side.

Despite choosing the right time to announce its new tractor, the Weeks production total appears to have remained small. There was probably a strong demand for the Simplex, but the Weeks company lacked the equipment and resources for large-scale manufacturing, and the wartime restrictions and shortages made it difficult to expand production. However, the sales figures were sufficient to encourage Weeks to introduce an improved model, which arrived in 1917.

The new Simplex
The updated tractor was called the Weeks-Dungey New Simplex. It had the same outside measurements as the previous model, and the rated power output was 22.5hp from a four-cylinder Waukesha engine, imported from America. The layout was much more conventional than the original Simplex, with the engine cooled by a front-mounted radiator with a centrifugal pump, instead of the previous tank system. The design included a lever-operated differential lock which the driver could use to provide maximum drawbar pull for normal work, but could be released to reduce the turning radius while working in a restricted space, or making a headland turn.

The New Simplex was available with a £295 list price, and an extra set of four, rubber-clad transport wheels could be included for an additional £60. When it took part in the 1917 national tractor and ploughing demonstration in Scotland, the price appears to have been competitive, and the model attracted favourable comment from the judges. The Weeks company continued to market the New Simplex during the early 1920s, but this was a difficult time for British tractor manufacturers as they faced intense competition from American imports, particularly the mass-produced Fordson.

Weeks stopped making the New Simplex tractor in about 1924, just 10 years after the original Hugh Dungey-influenced design had first appeared. Production figures for the tractors are no longer available, but one estimate suggests that about 200 Simplex and New Simplex were built during the 10-year period, while production at the Ford factory in America was peaking at over 100,000 Model F Fordsons in a good year. 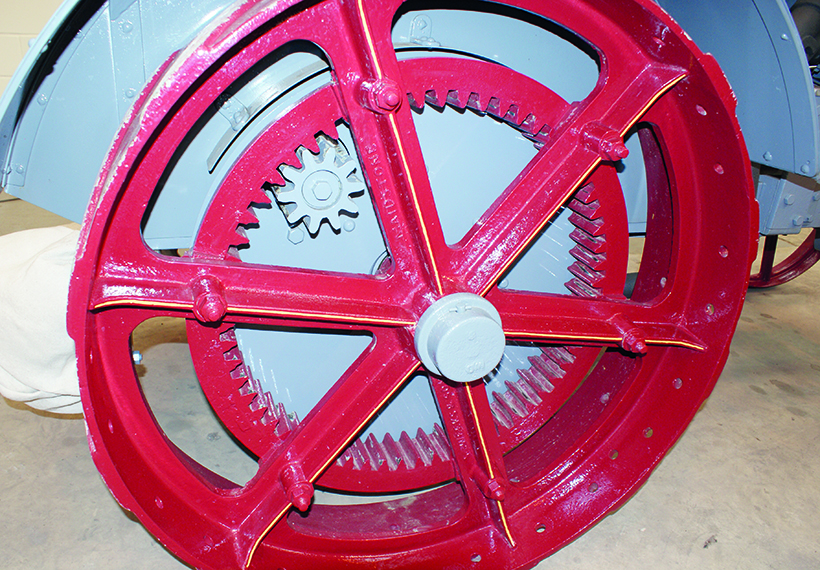 The fully-exposed final drive to the rear wheels of the New Simplex was becoming an outdated design in the early 1920s. 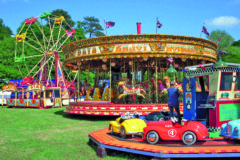 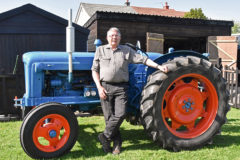