We report on some of the fascinating, ex-military vehicles sold at the excellent H&H Auctioneers sale held at Duxford Museum recently. 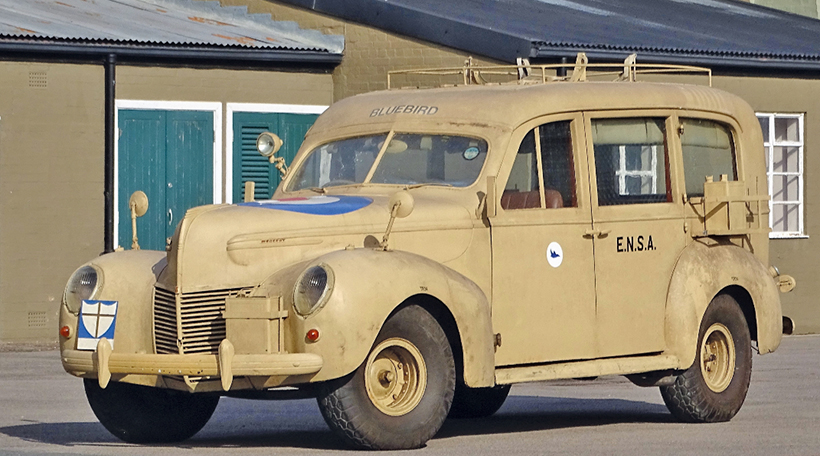 In such original condition, the ex-Sir Malcolm Campbell and George Formby 1939 Mercury was to have a new owner at £29,812.

One of the highlights in the spring season is the H&H Auctioneers sale held at the very popular IWM Duxford Museum which, this year, took place on May 26th. This Warrington-based auction company is held in high regard, and only charges 12% commission. What’s more, its staff are highly competent, especially sales manager Damian Jones who has intimate knowledge of motor transport across the board.

The CS8 proved its worth in Palestine, but the majority of the 21,319 made were lost when the British Expeditionary Force withdrew from Dunkirk. This award-winning vehicle wasn’t going to be cheap; bidding stopped at £29,000, but over £40,000 was required, so it remains for sale. 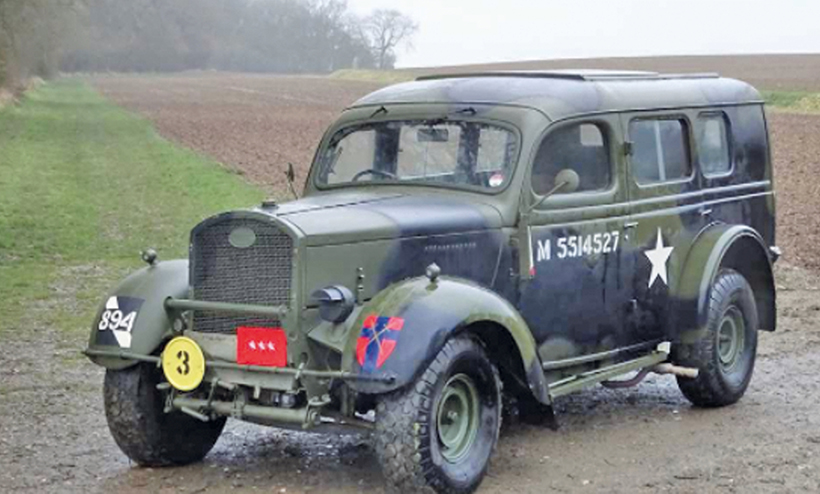 We came across a delightful Citroen B12 flatbed commercial chassis number 151112, in original-style condition. An evolution of its B2 and B10 predecessors, the B12 was introduced in October 1925, and was only made for two years. Powered by a willing 1,452cc four-cylinder side-valve engine mated to a three-speed manual gearbox, the B12 was quick to establish a reputation for durability and economy. Surviving examples are an understandably scarce sight today.

Owned by a well-known wine producer, this model was converted into a pick-up to obtain the scarce fuel supplies which the Germans allowed commercial vineyards to have, helping to keep the occupying forces supplied with wine. Furthermore, it’s understood the Citroen was illicitly used by the Resistance at times and, when the Germans finally retreated and liberation came, it was painted with Free French Independence (FFI) insignia along with a Cross of Lorraine, and was used in the victory celebrations.

Subsequently allowed to fall into disrepair (the original owner’s son left it outside for many years), it was finally acquired by a visiting Englishman in the 1980s in ‘dusty’ condition. It went on to sell for £8,775. 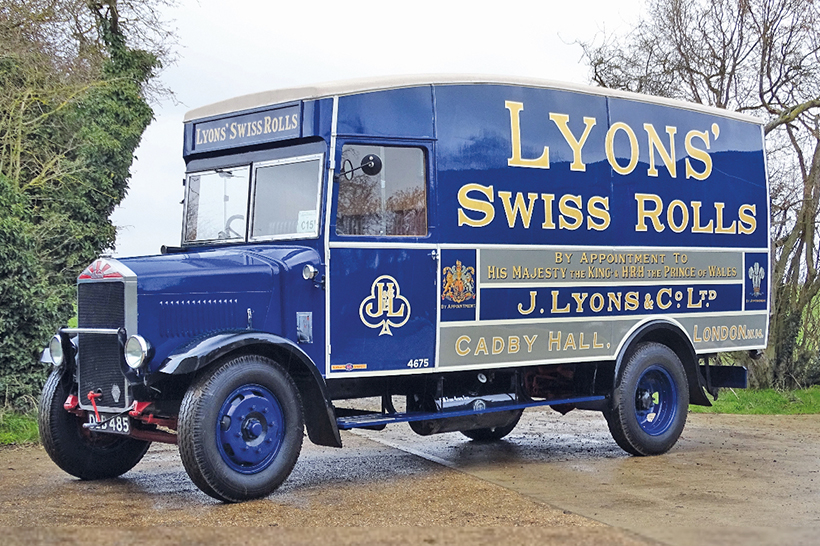 The next military vehicle was the c1942 Ford WOA2 heavy utility RBJ 599, chassis number 7038837; one of just six examples known to have survived. The Ford has been the subject of an extensive, chassis-up restoration which took some four years to complete, and the vehicle’s a multiple award winner. It’s liveried in authentic, 21st Army Group 1944 headquarters markings (a unit that used the WOA2s)

The WOA1 was derived from the Blue Oval’s pre-war Model 62 saloon, but with a strengthened chassis, bigger 3.6-litre V8 engine, lower ratio back axle and 9.00×13 cross-country tyres. However, while the former resembled a jacked-up version of its civilian sibling, the WOA2 wore a bespoke six-light body of imposing proportions (14ft 5in long, 6ft 3in wide and 5ft 10in tall). Designated as ‘Staff’ and ‘Heavy Utility’ cars respectively, despite a comparatively modest 80kg weight difference, the pair saw active service in a variety of combat theatres.

Despite Princess Elizabeth (now HM The Queen) famously piloting a WOA1, the armed forces showed a marked preference for the WOA2. Ford built some 9,059 of these ‘Heavy Utility’ cars between May 1941 and July 1944, and also released a less butch and more tarmac-friendly WOA2/A variant when peace eventually came. 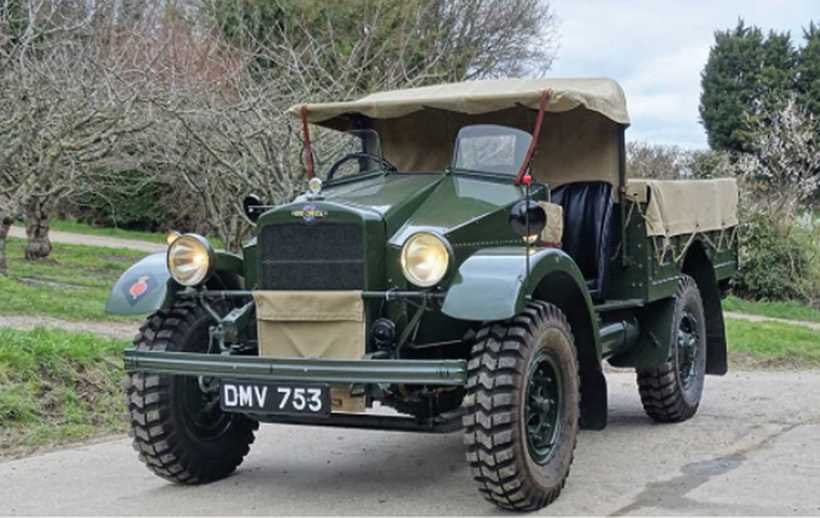 This early Morris-Commercial CS8 didn’t sell, but the bidding got to £29,000 on the day.

Many were literally driven into the ground, with more than a few meeting their end via stock car racing (although not before two starred on the big screen in the films Dambusters and Guns of Navarone), WOA2s are a decidedly rare sight today. This one sold for £49,500.

Next was a 1956 Morris J-type SXY 262, chassis No. JR34824, which has benefitted from a five-year, nut-and-bolt restoration. The vehicle was supplied new to Maypole Dairy of Finsbury, and still has the original owners’ handbook and workshop manual.

The vehicle looked stunning inside and out, and is fitted with a 1,476cc, four-cylinder side-valve engine. The Morris was taken off the road in 1977 by its second keeper, then lay undisturbed until being acquired by the vendor, in 2006. Fairmile Restorations, of Worcester, refurbished the former milk float’s bodywork and paintwork. It went on to make £31,500; a record price for one of these vehicles! 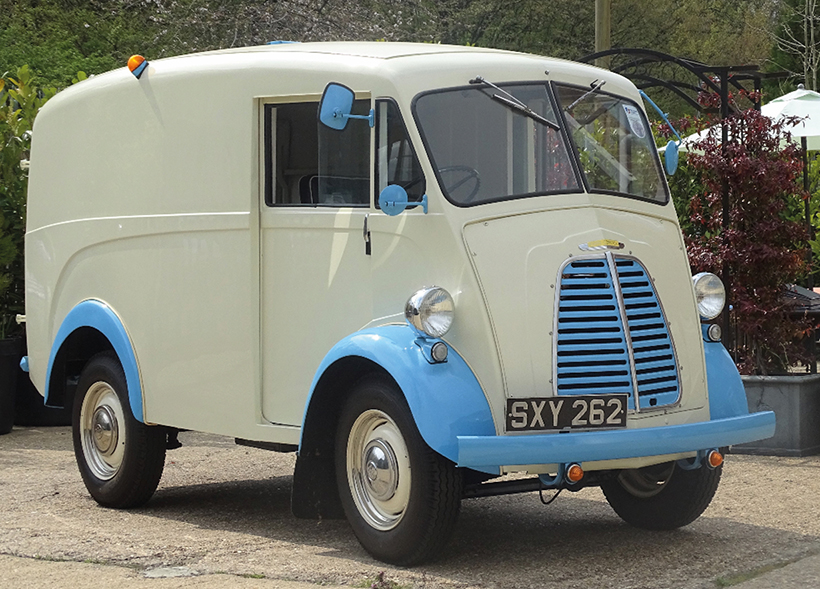 Very much the star of the sale for us was this 1956 Morris-Commercial J-type. In concours condition, it sold for £31,500.

Sold by Campbell to George Formby and entrusted to REME, the vehicle was modified for desert work with a new livery, with larger wheels/tyres and partially painted-out windows to lessen the sun’s glare. Formby took pains to familiarise himself with the Series 99A, and was seen driving around Singleton for weeks before embarking upon a massive 53-day ENSA tour in August, 1943 that included dates in Italy, Sicily, Malta, Gibraltar, Libya, Tunisia, Egypt, Lebanon and Palestine.

As well as providing accommodation for Formby and his wife, Beryl, the Mercury was equipped with a ‘lean-to’ tent for his pianist. By the time the ukulele-strumming star returned to England in October, he’d entertained 750,000 troops, traversed a minefield, dined with Field Marshall Bernard Law Montgomery (‘Monty’) and been named the Eighth Army’s mascot. The vehicle has had many owners since, but remains in such original condition that it went on to sell for £29,812. 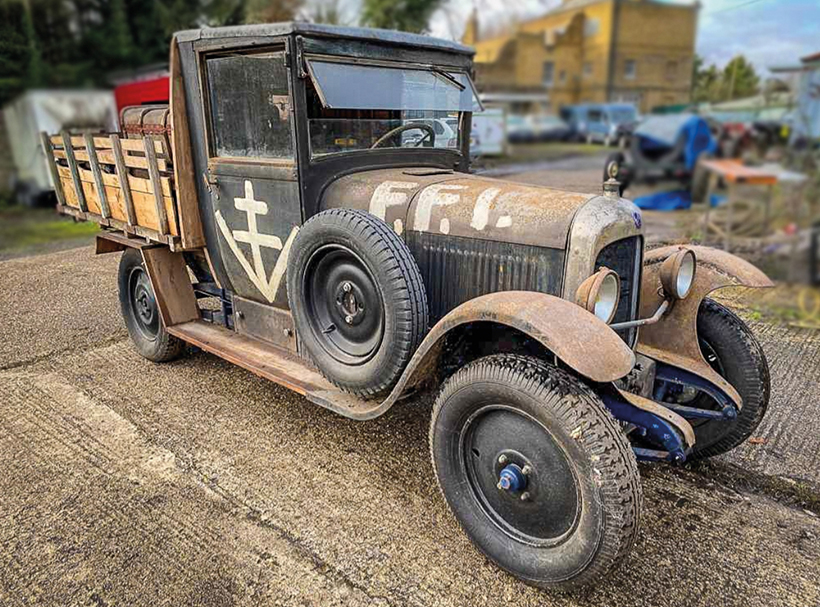 The little Citroen B12 changed hands for £8,775, and has a fascinating provenance.

Another ex-Andy Gibb Albion came up here; the former J Lyons & Co Ltd 1936 Albion SPL 126 van DLB 485, chassis number 36013K. The Albion underwent an extensive restoration between 2005 and 2008, and the current owner used to be a Lyons employee and has treated the Albion to a thorough engine overhaul by Jonathan Wood and the fitment of overdrive (the latter permitting a 55mph cruise). It won the ‘Best Vehicle’ award at the Historic Commercial Vehicle Society’s 2009 Trans Pennine & Tyne Tees Run, and is said to still be in ‘first class order’

Introduced in September 1935, the Albion Model 126 boasted a lighter chassis and greater payload than its rivals. It was powered by a choice of petrol or diesel engines, with the former, designated EN212, being a 3.9-litre, 65hp unit. The four-cylinder was notable for the attention paid to its vibration damping (another plus for high-speed running). 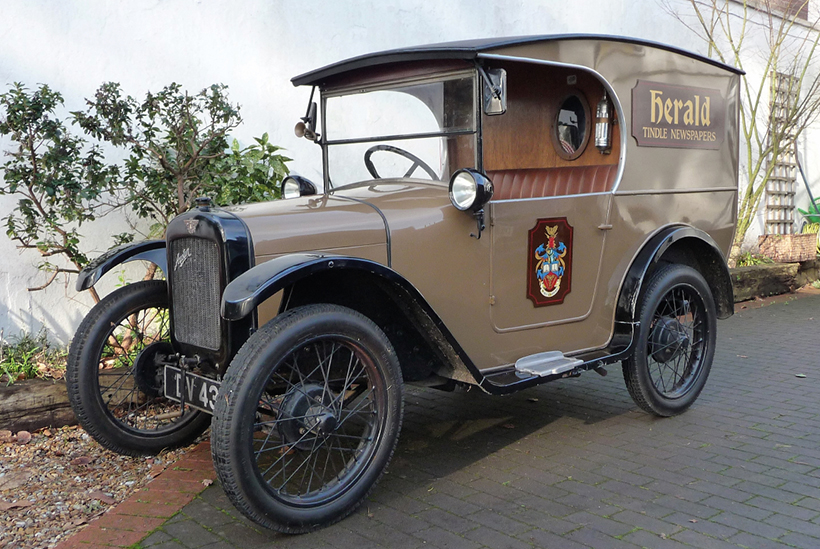 The ‘Sure as the Sunrise’ 126 was knocked down at £18,500 and represents a great vehicle to have in any collection, and wasn’t overly expensive.

Lastly, the 1929 Austin Seven van DV 437 was formerly the property of newspaper and radio entrepreneur, Sir Ray Stanley Tindle, CBE DL, and liveried as a Herald newspaper van complete with ‘Noli Cedere’ (Do Not Give Up) insignia. ‘DV’ registration numbers were issued in Devon, but the Austin’s early history is unknown. Offered at no reserve and presumed to have been re-bodied later in life and nicely detailed with a wood-lined cargo area and oval windows, it went on to sell for a thumping £21,375. 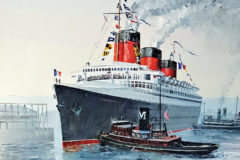 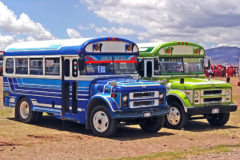