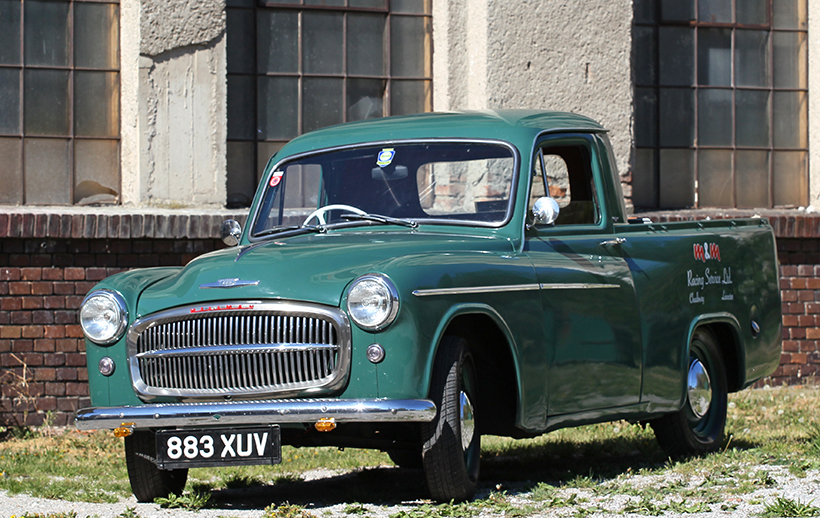 Childhood dream car The first of the Raymond Loewy studio design-influenced Hillman Minx saloons, the Mark III, was launched in September 1948, with a new, full-width body. Mechanically, it retained the four-cylinder, 1,185cc side-valve engine, as used in the previous Phase I & II Minxes and their predecessors, dating back to 1931.

The Mark III had a simple, horizontal bar grille and little in the way of exterior trim. In addition to the saloon, convertible and estate versions, an 8cwt van was available, initially still known as the Commer Supervan, like its predecessor. The Minx estate was effectively a Commer van with side windows and rear seats.

Styling tweaks
The Mark IV Minx of October 1949 featured enlarged bumpers and separate sidelights below the headlights, while the van and pick-up were similarly updated and renamed the Commer Express. The engine was enlarged to 1,265cc. In October 1951, the Mark V gained vertical chrome trims on either side of the grille, horizontal chrome strips along the front wings and front doors plus revised pistons, steering and gear lever. 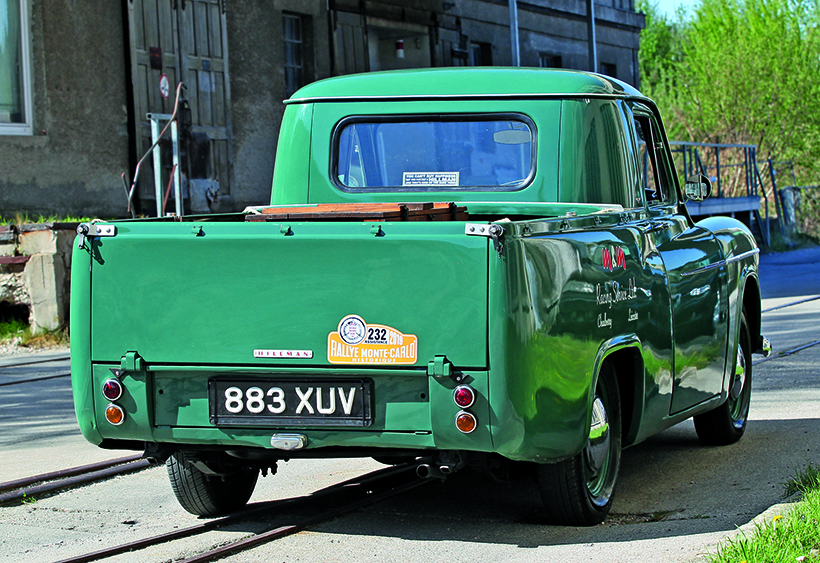 A new oval grille – with horizontal bars – arrived in March 1953, on the Minx Mark VI, with the Commer Express versions following suit. There was also a two-door coupe, named the Californian. The Mark VII cars of November 1953 looked the same at the front, but had a longer, taller boot.

In October 1954, the Mark VIII version was introduced, identifiable by its vertical front grille bars with a horizontal central chrome bar. The engine was now a 1,390cc overhead valve unit, although the Special (base model) saloon, estates and the Commer Express retained the old 1,265cc side-valve motor. However, in September 1955, with the arrival of the Mark VIIIa, the side-valve engine was finally retired, and all Minxes were fitted with the 1,390cc OHV engine, which also found its way into the commercial variants.

The ‘Mark’ Minxes were replaced in June 1956 by the new ‘Series’ Audax range, initially still with the 1,390cc OHV engine. However, the Commer Express soldiered-on with the old body style, but with a Series 1 Minx-type grille grafted on in an attempt to modernise the looks, albeit without the ‘HILLMAN’ letters across the top. Instead, a separate ‘Commer’ badge was mounted on what was now a fixed panel between the grille and the bonnet. 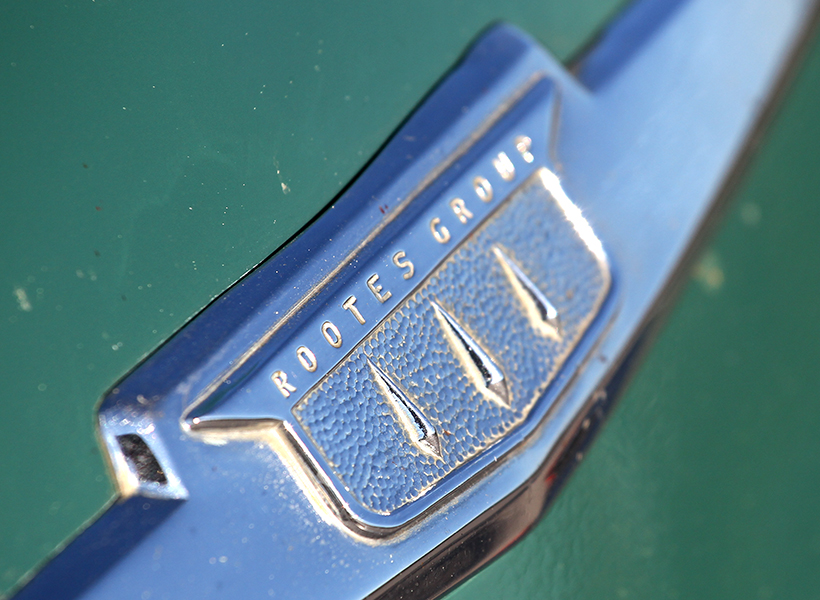 A bigger engine
When the Series III Audax Minx arrived in September 1958, its engine was enlarged to 1,494cc, and this motor was also fitted to the Commer Express. Similarly, when the Series IIIc Minx gained a 1,592cc engine – in July 1961 – the Commer also became a beneficiary of this extra power, becoming a little more ‘express’ than when the name was first used.

Most of the pick-ups were sold overseas, with Australia being a key market, where they were assembled. Some local variants had a different cab arrangement, with an additional side window behind the cab doors, more in the manner of a ‘Station Coupe’.

The 1956 Mark VIII pick-up you see here has the more usual body style, however, but it isn’t a Commer Express. It’s badged and registered as a Hillman. You might be wondering why, or thinking that the grille and badges could have been changed during restoration. In fact, for a while these were marketed in Australia and New Zealand as the Hillman Deluxe Utility. This one was produced for export as a CKD (completely knocked down) kit, possibly to Australia, for final assembly. It no longer resides in Australia, however. A couple of letters might have been dropped along the way, as it is now in Austria, owned by Michael Hölzl, who lives near Salzburg.

Michael explains how this came about. “I started looking for a pick-up about 10 years ago. Not a big American one, but a small, European vehicle from somewhere betwwen 1950 and the ‘70s. Pick-ups have, however, never been common in Austria, and are thus hard to find here. When I was a boy, I had a lot of Matchbox cars, which I still have. My absolute favourite was Matchbox No. 50, a Commer Express pick-up. I remembered this ‘little jewel’, and started trawling the internet for a Commer.” 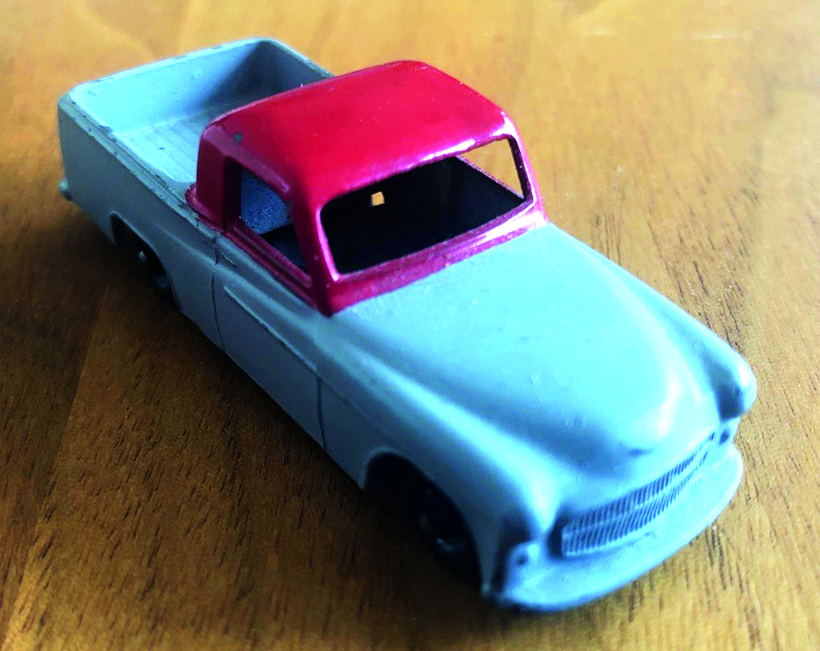 A frustrating search
“This turned out to be a frustrating task. Some were found in Australia, but weren’t for sale. Another one was for sale but was totally wrecked and abandoned. “I searched for a while but, in the end, gave up, put the Matchbox Commer back in my desk and thought, ‘that’s it, I’ll never get one’”.

However, fast-forward another four years and Michael met a young chap from the UK called Ash, who had moved to Salzburg with his family. He, too, was classic car- and motorbike-mad, and the pair became good friends. Then, three years ago, Ash asked Michael if he would mind driving to England with him to deliver a car and bring back some parts to Austria. “This would be over an extended weekend, travelling 4,500km in four days. I wasn’t very amused, but joined this crazy trip,” recalls Michael.

They arrived in Leicester, where Ash’s grandparents live, late and tired after a long journey. Their hosts handed Michael the latest issue of Classic Car Weekly. Too tired to fall asleep straight away, Michael started idly flicking though it. “Suddenly I was wide awake. There was a Hillman pick-up for sale at Panorama Bay, in Poole!”

Despite phoning them the next morning, nobody was available, and Michael and Ash were booked on to a ferry to France, so there was no time to squeeze in a trip to Dorset. Michael and his girlfriend, Marina, then flew to Crete on holiday. “It was a wonderful hotel with perfect service all round, but I was too stressed to enjoy it thinking, all the time, that someone else might buy the pick-up, which would send me crazy.” 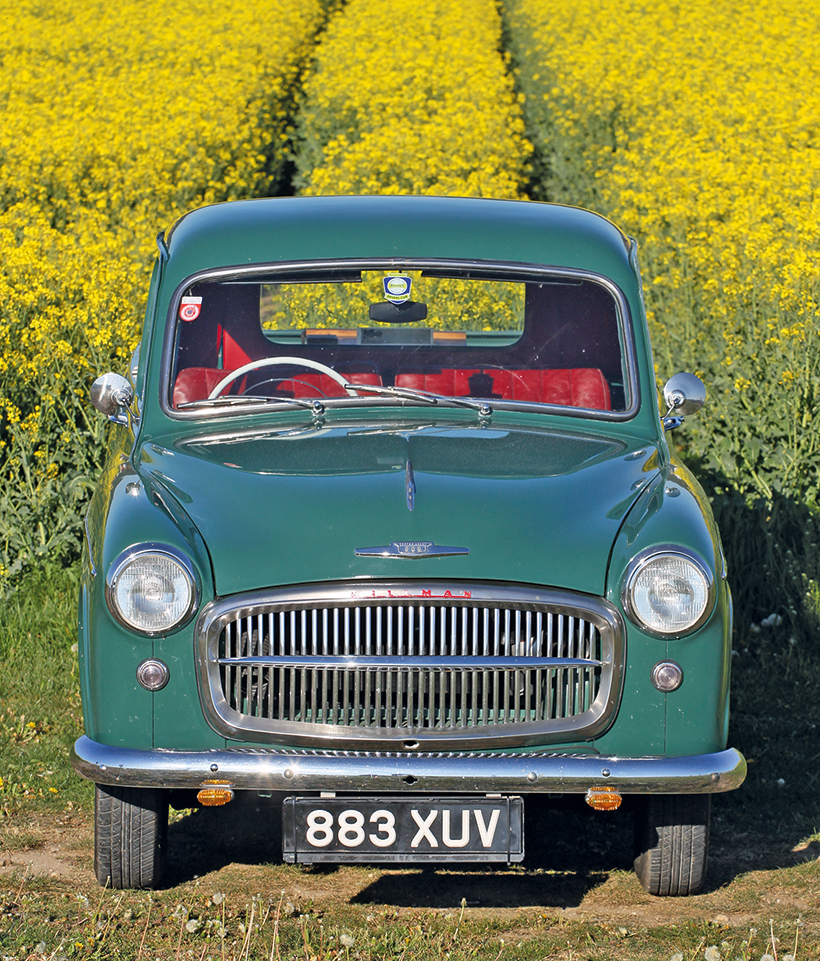 A good example
Fortunately, Ash managed to get hold of some photos, and these convinced Michael that the Hillman was a good one. He called his bank manager in Salzburg from Crete, and arranged for the money to be wired. Three weeks later, another mad dash to England took place and the pick-up was brought back to Austria on a trailer. “It was a dream come true!”

The pick-up had previously been part of a large private collection based in Redruth, Cornwall, and that owner had restored it, with the age-related registration 883 XUV being issued in 2010. Its original colour was light blue, some traces of which can still be seen but, during the restoration, this was changed to the current green, which I think looks suitably period and suits the Hillman. 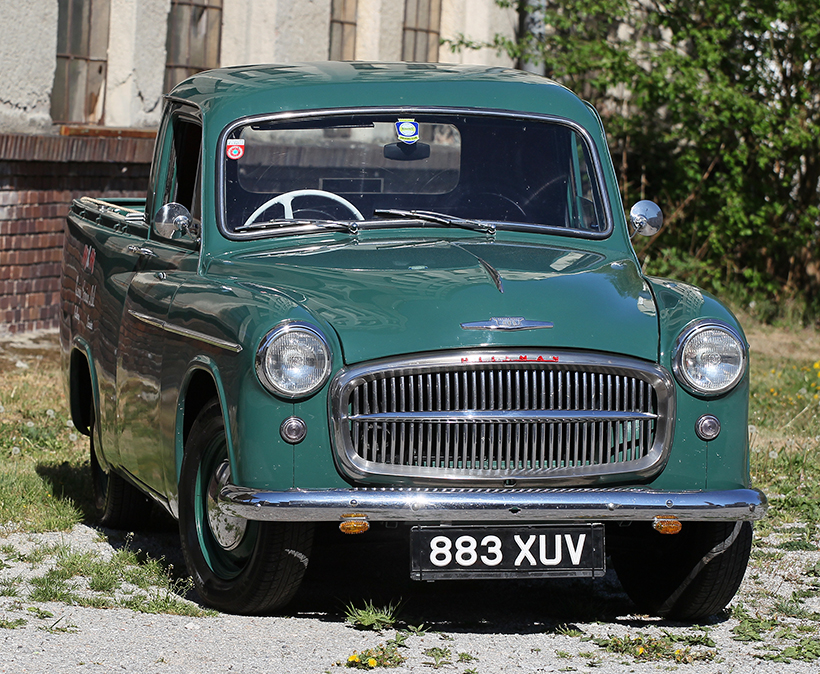 Michael added the lettering. “I wanted an English livery on the pick-up, so I designed one. ‘M&M Racing Service’ is made-up, standing for Michael & Marina, and Chadberry is also fictitious.”

Other than renewing the brake lines and shoes, no other work was needed after buying the pick-up. The Hillman is fitted with a 1,494cc OHV engine from a later vehicle. The odometer shows 25,700 miles, but whether or how many times it has gone round the clock isn’t known. It has a four-speed, column-change gearbox with synchromesh on the top three speeds.

“It’s comfortable at around 45-50mph,” notes Michael. “It’s nice to drive on the flat, but not so good on hills, and we have a lot of those in Austria! My friend has an Opel of about the same engine capacity, which is much faster. But we don’t go very far in the Hillman, just around for fun, such as out to nearby lakes. Most of the car shows over here seem to be for specific makes, such as Volkswagen, Opel or BMW. Nobody in Austria knows what my Hillman is! Some people think it might be a Fiat 1100, as they did a slightly similar-looking pick-up.”

It’s in the blood!
Michael has been involved with classic cars for over 40 years. It started with his dad, who was one of the founders of the ‘Motor Veteranen Club Salzburg’, in 1968. “In his blood there’s still a high dose of petrol – he is 91 years old! My blood consists of up to 80% petrol,” laughs Michael. 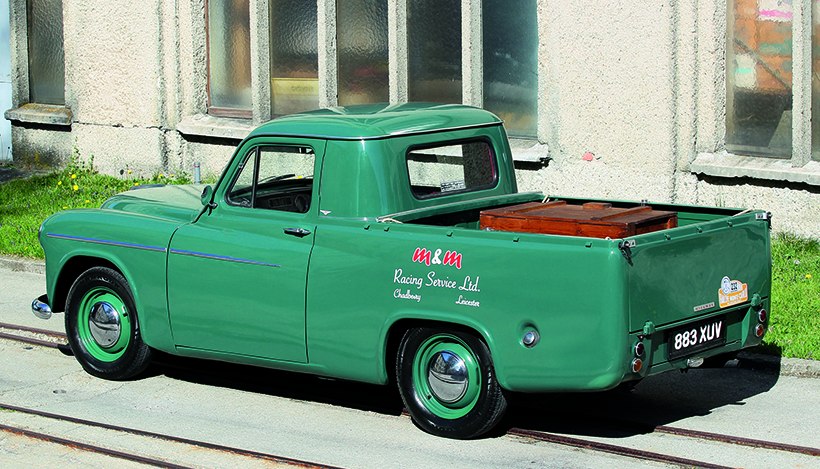 His first car was a VW Beetle, but he’s owned around 70 cars over the years, several of which he still has. “Some are fast, such as a rally Escort Mk1 and Cortina Mk1 GT. Some are slow, like a 1939 Adler Trumpf Junior. Some are elegant, such as a Mk2 Jaguar and a Ford Zephyr 6. Others are just regular cars, like an Anglia 105E and a Morris Marina, which I bought mainly because it was my girlfriend’s name!” It is perhaps no wonder that she, too, likes old cars!

Not just cars, either. Aside from the Hillman pick-up, Michael also owns a VW T1 split-screen panel van, plus another rarity in Austria, a Bedford HA Van. 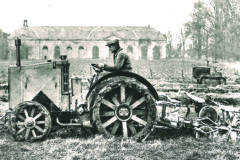 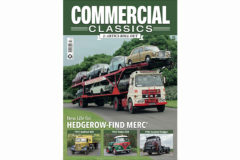