Dick Furniss dips into his archive to present some wonderful images of classic Morris commercials he photographed in the 1980s. 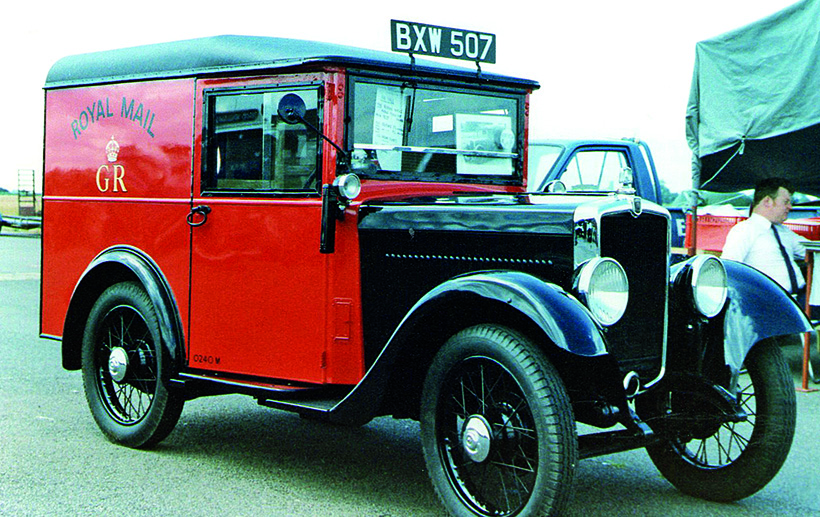 Classic Morris commercials: Although unlicensed since 1989, this Morris Minor van, BXW 507 (London, 1935) – believed to be the oldest vehicle in the UK to carry Post Office colours – had undergone a five-year restoration, before being seen at Wellesboume in July 1987, in the ownership of Mr A Whittaker, from Newark.

Like Austin, the Morris company, founded by William Morris (who later became Lord Nuffield) in 1893, began motor-car production during the early years of the company, not commencing commercial vehicle building until 1924 in a Soho, Birmingham factory, using largely car-based running units, with the name ‘Commercial’ being added to distinguish them from the Cowley-built cars.

Some three years later, a six-wheeler for up to two-ton payloads was introduced. which proved successful in both civilian and military roles. Then, during the 1930s, several new models for payloads of up to five tons were introduced, these all being petrol-powered. Like Austin, the Morris company also supplied vehicles to the War Department during World War II, but possibly not in such large numbers. 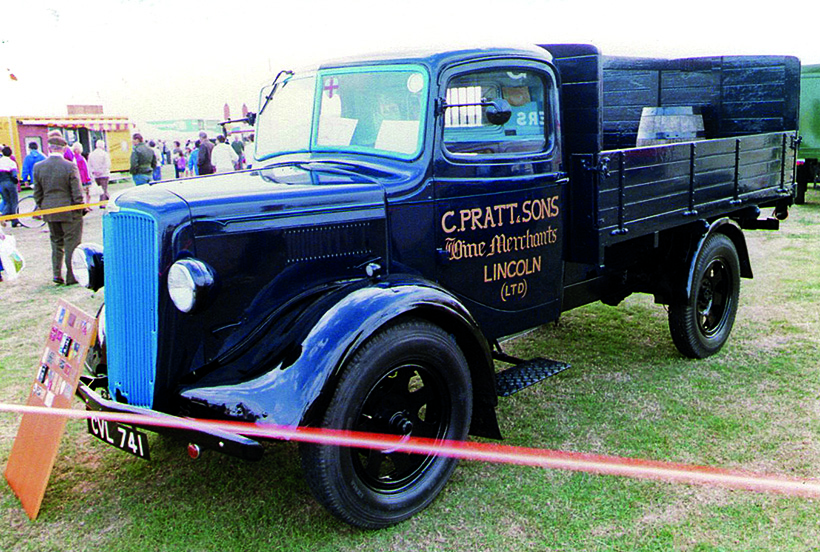 Seen at the August 1983 Expo event, held at the East of England Showground, this Morris Commercial LC3 dropside truck, CVL 741 (Lincoln, 1947), was in the ownership of Mr A Bratley, from Lincoln.

Around 1948, Morris began offering its own, six-cylinder diesel engine for use as an alternative to the six-cylinder petrol engine in the new FV range; a move which proved to be less successful than was hoped, but this diesel continued being sold until 1953.

The Austin and Morris companies were amalgamated in 1951, with production continuing under the ‘BMC’ banner until the Leyland takeover, although both concentrated on the lighter end of the market as will be seen from the following selection of examples from the Morris range, built between 1925 and 1966 and seen at events during the 1980s. It will be noted that several of the Morris commercials included here were ex-GPO vehicles. 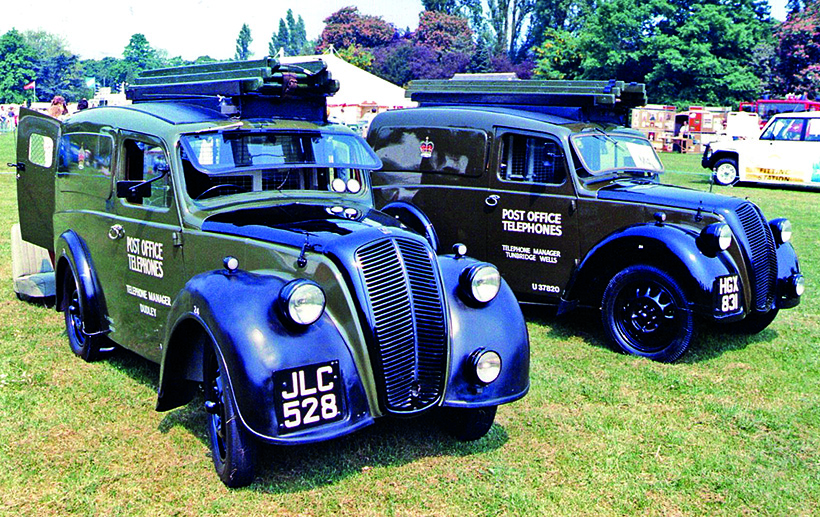 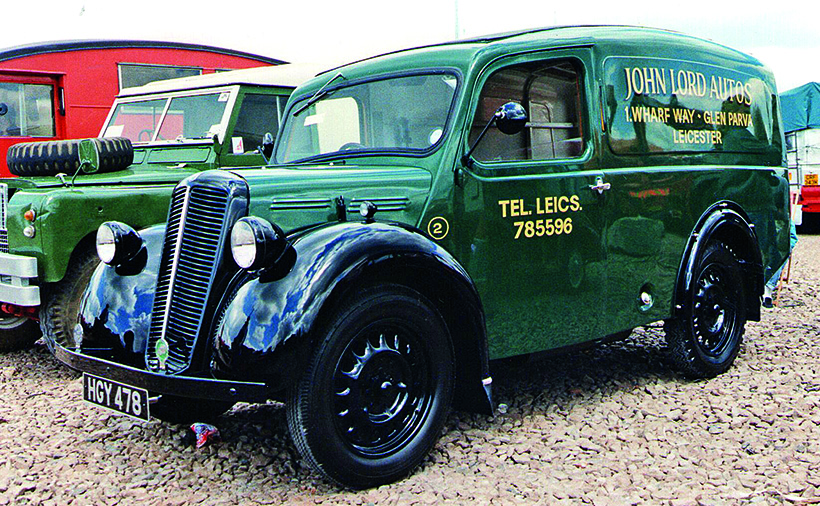 Formerly a GPO Telephones van, this 1941-built Morris Y 10-cwt van, HGY 478 (London, 1946), was found in a derelict state, and restored to the condition seen here in the ownership of Mr J Lord, at the Classic Commercial Motor Show, held at the BP Truckstop, Crick, in June 1989. 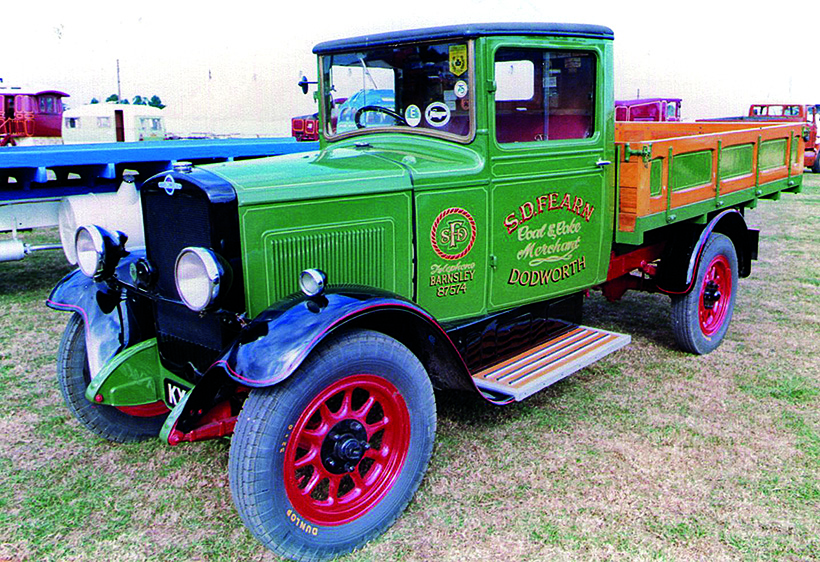 Also seen at the 1983 Expo event at Peterborough was this Morris Commercial R Type 30-cwt dropside truck, KX 9186 (Buckingham, 1932), owned by Stephen Fearn from Bamsley. By the time production of the R-Series ended in 1933, over 17,700 examples had been built. 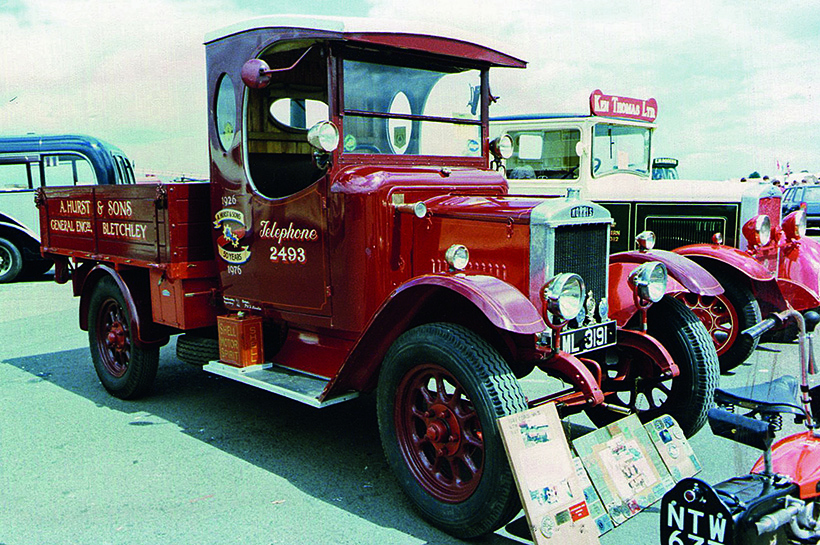 Seen at the July 1986 Classic Commercial Motor Show, held on Wellesboume Airfield, this Morris Commercial 1 Tonner, ML 3191 (Middlesex, 1926), was in the livery of A Hurst & Sons of Bletchley. No further details are known, but it was next to Ken Thomas’ later but similar vehicle, EB 9839. 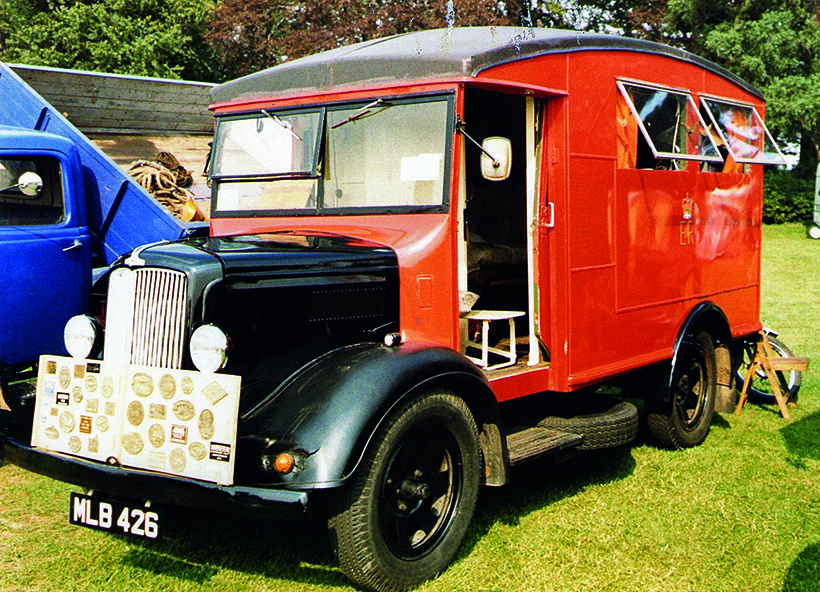 Photographed at the July 1987 Elvaston Castle Steam & Transport Festival, while undergoing restoration, this former Morris LC3 GPO van, MLB 426 (London, 1951), was owned at the time by Mr T Harrison from Wymeswold, who purchased the vehicle from the Loughborough Scout Group. 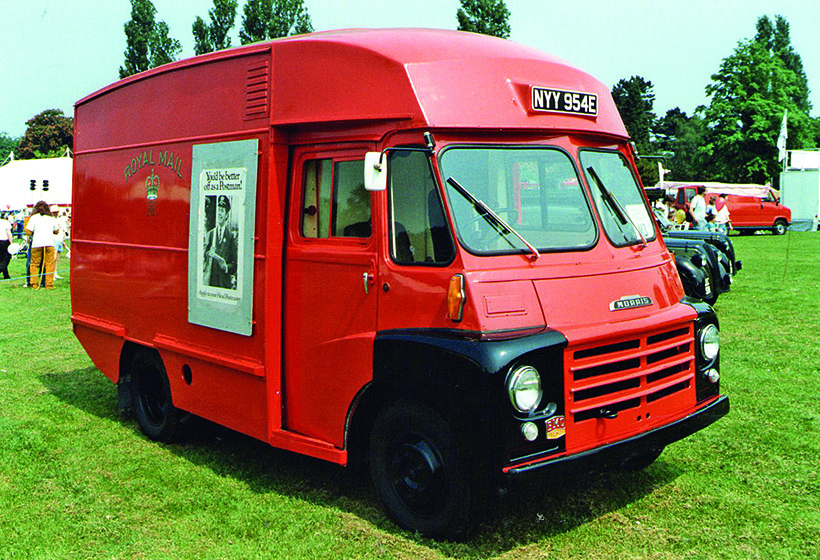 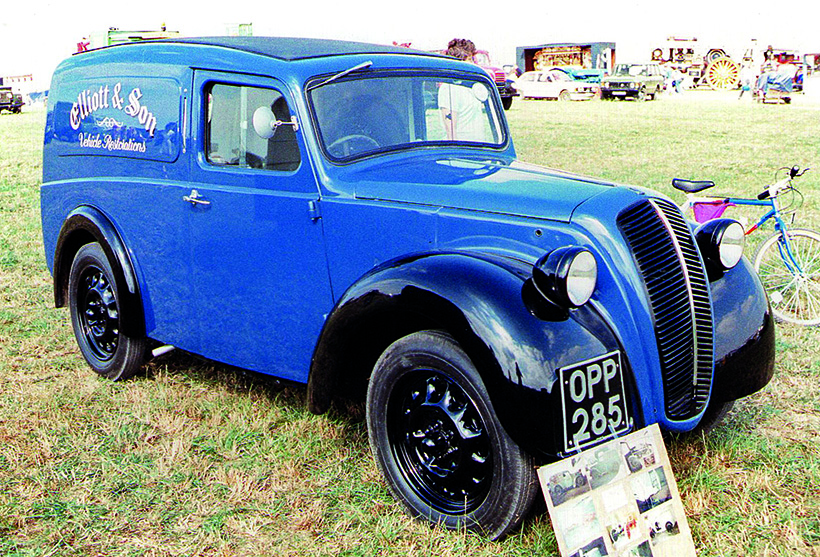 Little is known about the history of this 1946 Morris Z van, OPP 285 (Buckingham, 1951), which appeared at the 1989 Great Dorset Steam Fair, in the ownership of Elliott & Son from Dorking, Surrey. 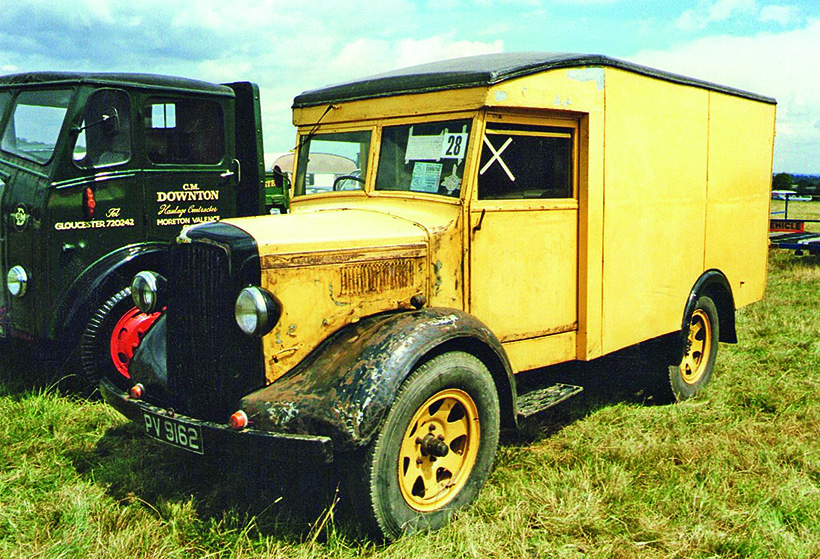 This Morris LC3 van, PV 9162 (Ipswich, 1949), with standard bodywork, was spotted at the July 1986 Ross-on-Wye Steam Society Rally, held that year on the car park of the Malvern Showground, while in the ownership of Colin Richards, who appeared to be restoring the vehicle at the time.

An unusual vehicle seen at Wellesboume in 1987 was this custom-built truck, registered Q797 FWD, entered by Ronald Morgan from Kidderminster. Comprising a Morris 1000 chassis/cab, with a Marina 1800 engine and Ford Transit rear axle, it was the intention of the owner to build a mobile home on the articulated trailer. 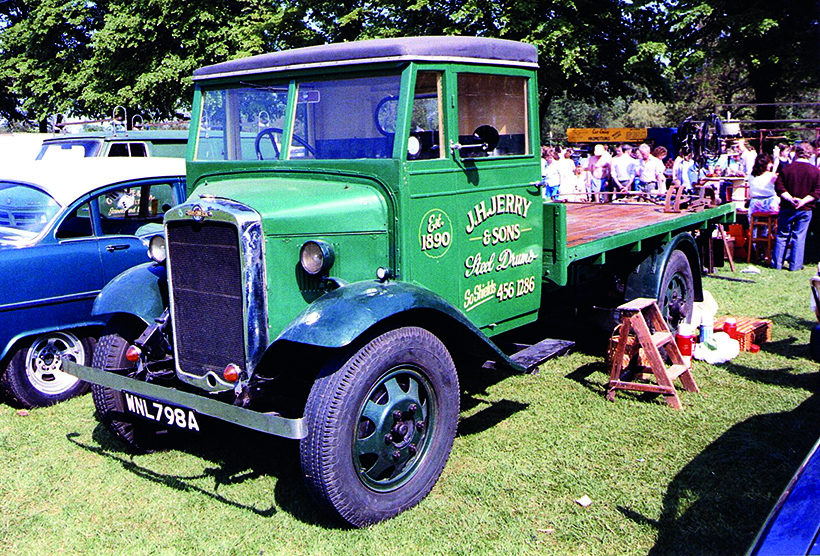 Although carrying a later registration, WNL 798A (Northumberland, 1963), this Morris Commercial C11 flatbed truck was actually built in 1935, and is seen here at a rally in Abbey Park, Leicester, when owned by Mr M Couldry from Radcliffe-on-Trent. 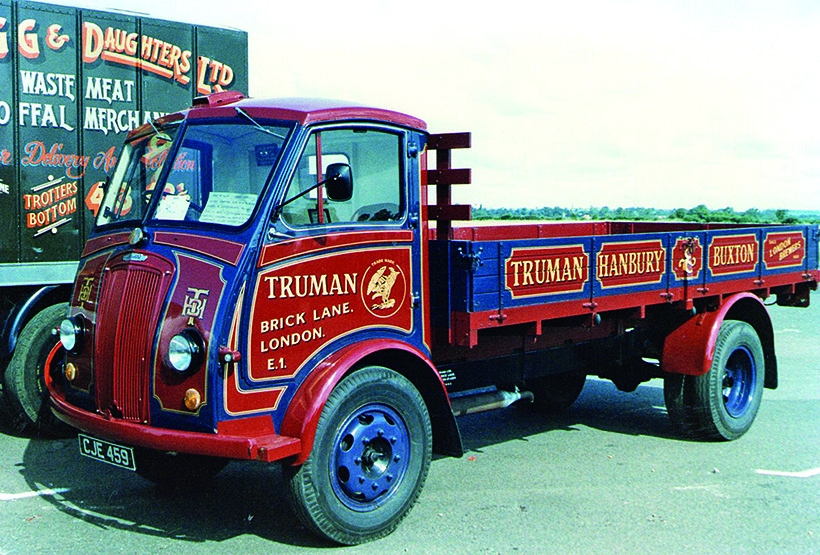 This Morris Commercial, CJE 459 (Isle of Ely, 1952), possibly a model FV5, in the livery of East London brewery company, Trumans, is seen here at the CVRTC Rally, held on Wellesboume Airfield in July 1987. 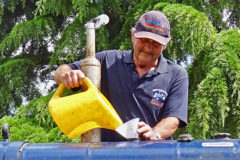 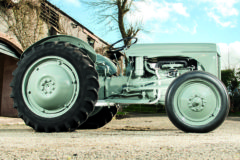