Mike Neale spotlights some miniature Bedford TKs made for adult collectors, assessing both the quality and range of models available. 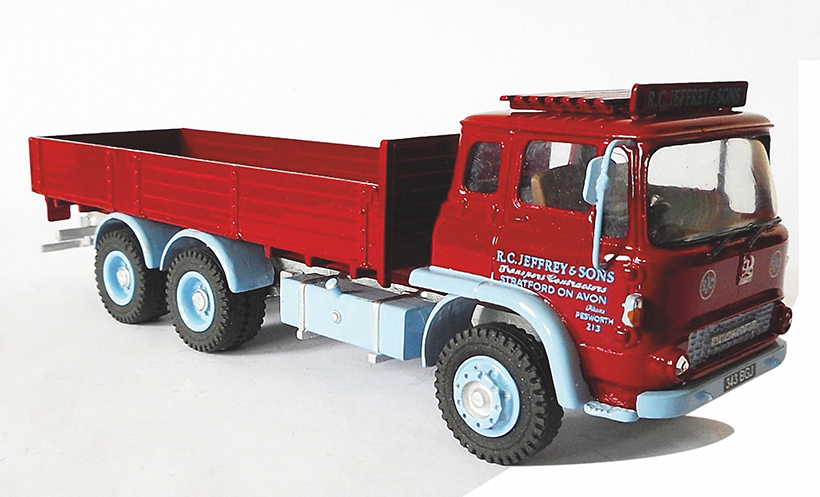 Recently we looked at the Corgi and Dinky Bedford TK models made when the real lorries were in production and intended as toys. More recently, a number of small-scale specialist truck model companies made Bedford TKs intended as collectors’ models, as indeed did Corgi, all of which have captured the shape of the real thing well.

ASAM
White metal hand-built Bedford TK models in 1/48 scale were first produced in 1995 by Alan Smith’s firm, now known as ASAM Models, previously called A Smith Automodels and then Hartsmith.  Several versions have been produced over the years, in both built and kit form.  These include a four-wheel tackle wagon in blue and white Econofreight livery with a HIAB crane behind the cab.  A four-wheel TK Recovery Truck appeared in red Royal Mail livery. 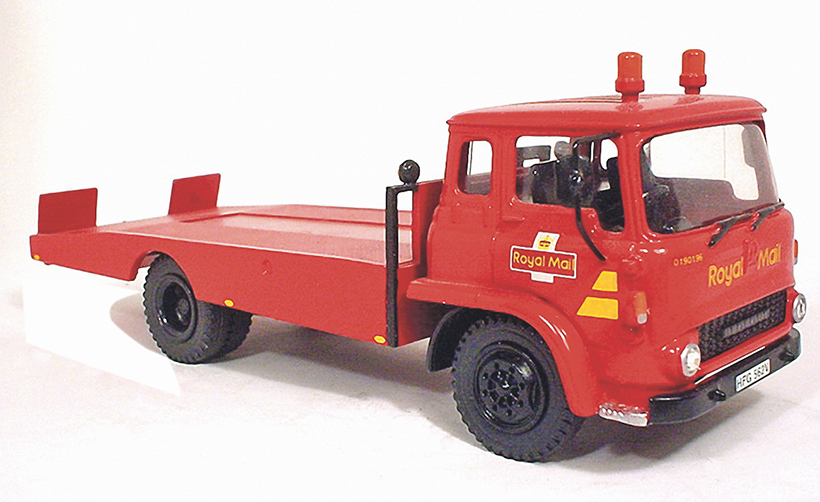 A couple of versions, a six-wheel dropside and an eight-wheel dropside, were produced in the distinctive maroon and pale blue livery of RC Jeffrey & Sons of Stratford-upon-Avon, whose preserved TKs appear regularly at shows.

Promod
Promod have also been producing white metal Bedford TK trucks in the fractionally smaller 1/50 scale for around 20 years.  Originally, the TK was introduced for their range of GPO/Royal Mail models. 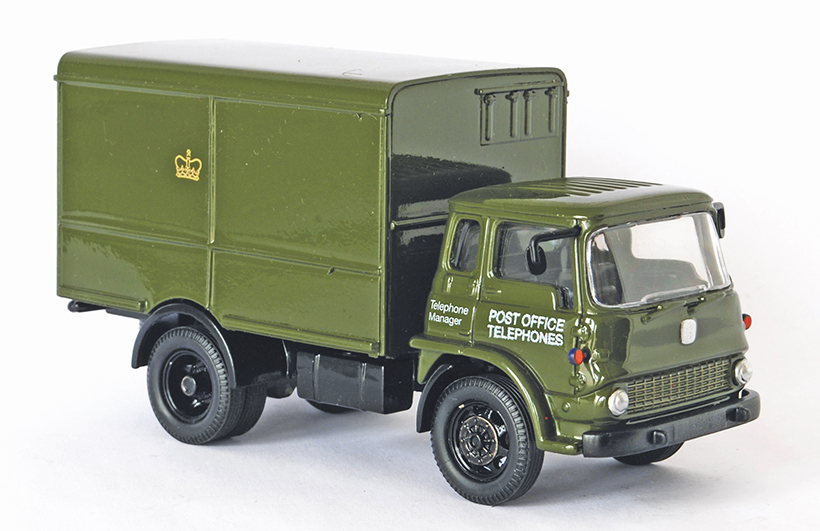 Promod’s TK Tanker was also issued in the dark blue Pickfords livery, as well as red Regent petrol.  A green TK flatbed milk lorry carried a full load of milk churns, whilst a flatbed NCB coal truck came with a load of coal sacks.  A TK horsebox was released in kit form.

More recently, Promod released a TK breakdown lorry in Midland Garages livery, with a manually operated winch mounted on the back of the flatbed (non-operational on the model).  A green and red TK tractor unit has also been released. 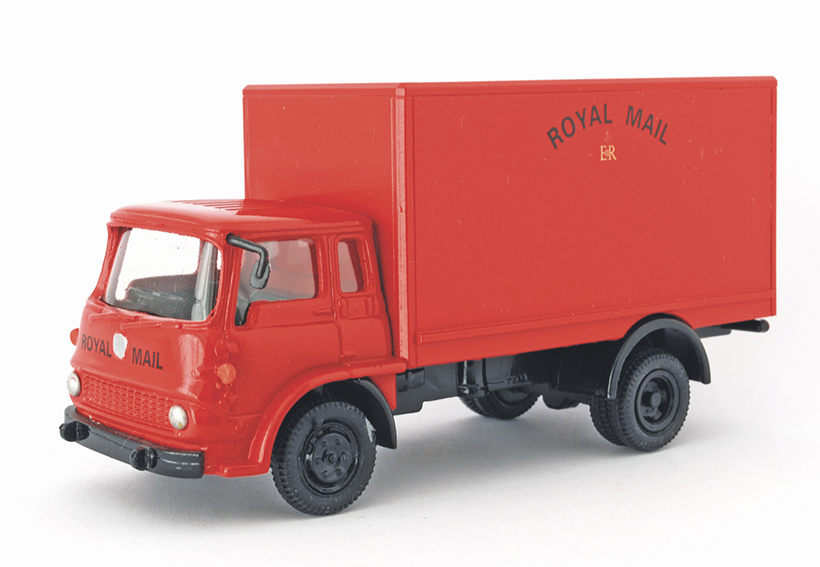 The Promod TKs have a basic silver painted badge on the front, but no ‘BEDFORD’ lettering below.  Mirrors and indicators are supplied unfitted.  Both built models and unpainted kits of most versions of the TK are still available, see promod-diecast.com.

Corgi
Some 20 or so years after Corgi’s last toy Bedford TK had gone out of production, they introduced a new 1/50 scale diecast TK in the Corgi Classics range, aimed at collectors.  There has been a wide range of body styles and liveries produced, with space to show just a few of these here. 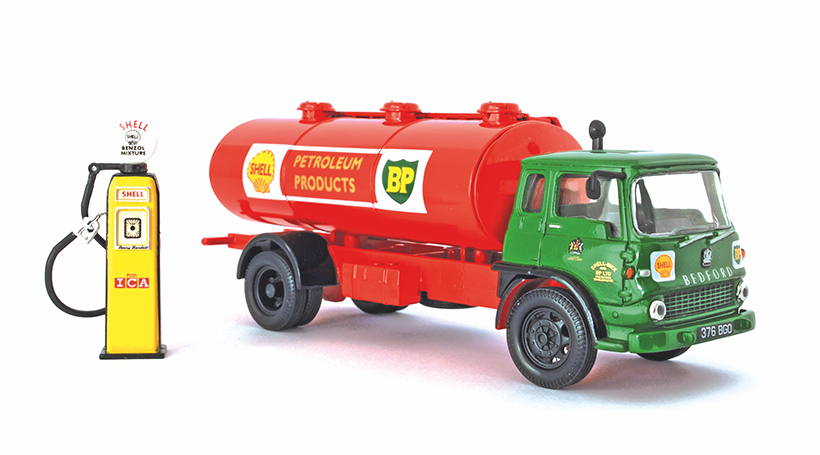 One of my favourites is their four-wheel TK Tanker in red, green and black Shell-BP livery, which came with a model petrol pump, released in 1998.  The detail is good, with a much finer grille treatment than on the 60s Corgi TK, nicely picked out griffin badge and tampo printed ‘BEDFORD’ letters below.  Again, mirrors and indicators were supplied unfitted.

The tanker was also released in purple Cadbury’s livery in a Cadbury branded box. 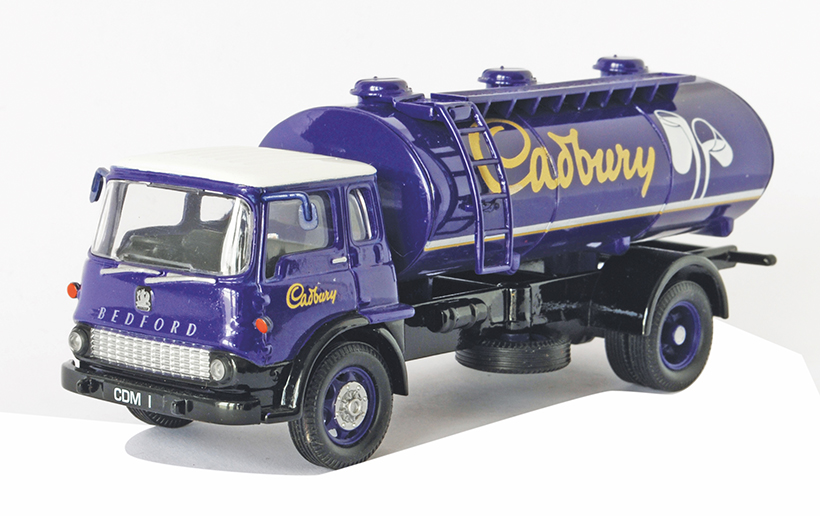 A yellow South East Telecommunications LWB box van was issued in 2000, featuring Buzby on the side, the talking cartoon bird voiced by Bernard Cribbins. 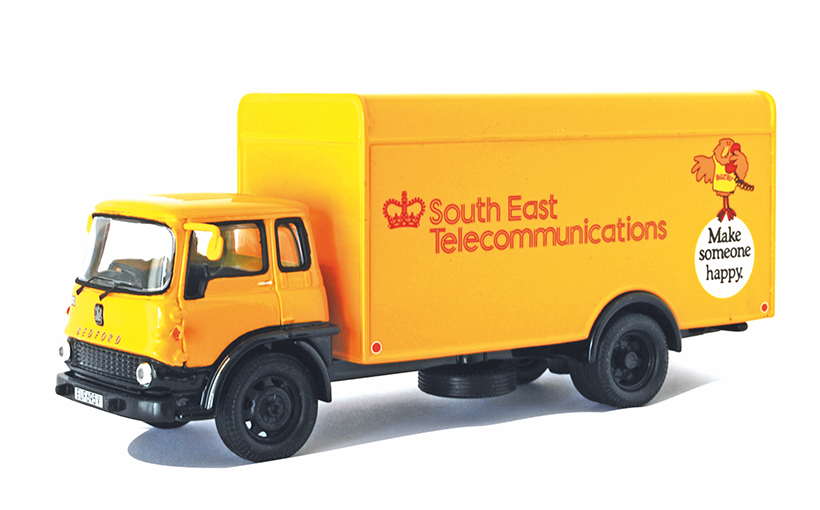 Pickfords was also a popular livery on the Corgi TKs.  Two different versions of the livery appeared on the TK Luton Pantechnicon (earlier and later style), a box van version was produced, whilst an articulated version proclaimed “Demenagements Internationaux,” (or International Removals). 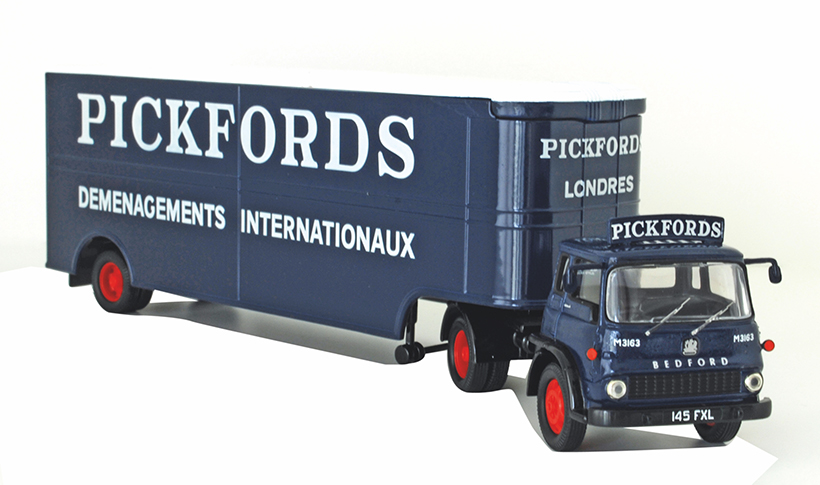 Other Corgi Classics versions included SWB tippers in Blue Circle Cement and Tarmac liveries; four-wheel flatbeds in Pollocks, Whitbread, Guinness, Eddie Stobart and Pinder Circus liveries (the latter with a trailer for kangaroos); box vans in Guinness, Eddie Stobart and Isle of Wight Foam Salvage liveries; Luton Pantechnicons in Hoults, Walkers of Wakefield and Ulster Transport liveries; articulated platform lorries in BRS, MacBraynes and Guinness liveries; and low loaders in British Railways livery and in green carrying a Garrett Traction Engine on the back.  Corgi also produced the KM, which was based on the TK cab.

IXO
More recently, Ixo Models produced Bedford TK articulated box van in 1/43 scale, so the same scale as the old Dinky Toys TK, in… red and cream Dinky Toys livery – ironically not a livery that they themselves produced.  The same truck was also released in pale blue and cream Hales Cakes livery. 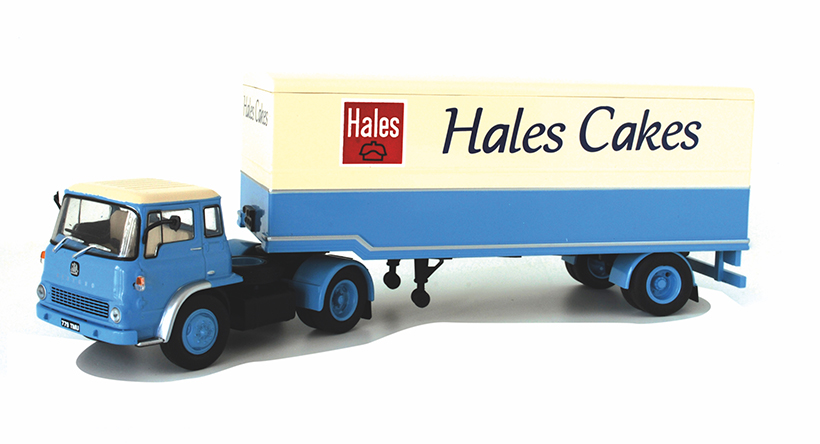 The Ixo TK cab was also used for a four-wheel lion transporter as part of a Pinder Circus range of vehicles issued in France.  The Ixo models can be found through a few online retailers. 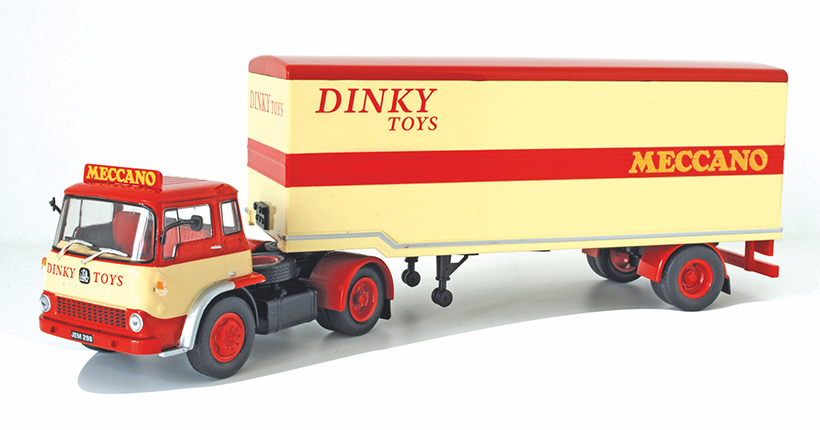 This article is from the latest issue of Classic & Vintage Commercials, and you can get a brilliant, moneysaving subscription to the magazine simply by clicking HERE 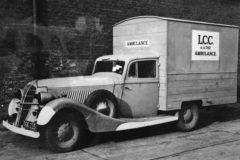 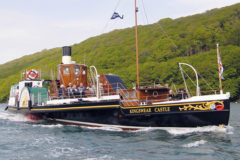