Though no toy Y Type vans were made while the vehicles were current, white metal kit makers have made up for it since. Mike Neale reports. 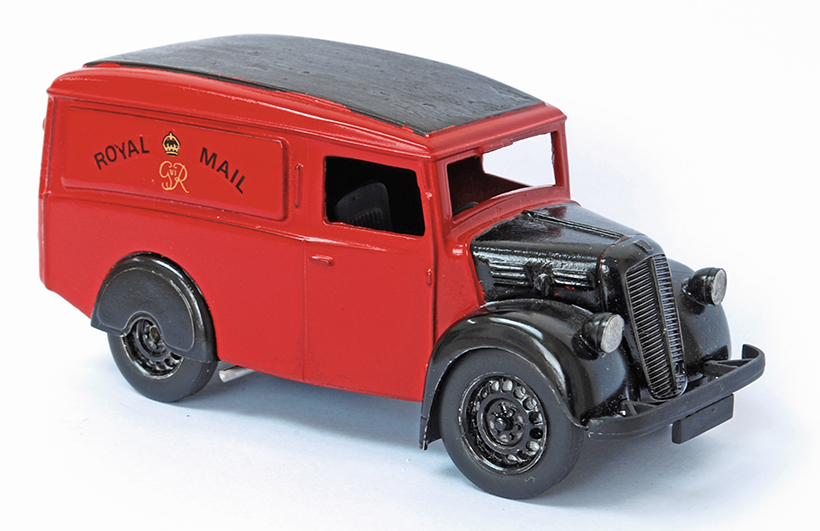 Morris launched its semi-forward-control 10cwt Series Y commercials just after the start of World War II, in February 1940. Initially available in both van and pick-up forms, the new vehicle replaced the Series II 10cwt commercials. The Series Y’s appearance was similar to that of its direct competitor, the Ford 10cwt E83W.

The Series Y used the same 1,548cc, 11.9hp sidevalve engine of its predecessor, off-set towards the passenger side, as evidenced by the position of the hole for the starting handle. The body was steel-panelled with a traditional wooden roof clad in leathercloth. Easiclean wheels were fitted. The factory pick-up truck was only built during 1940, but the van continued until 1948. Chassis cabs were available for coachbuilt bodies to be added. There was also a long-wheelbase version produced during the war for military ambulance use, with a 14hp sidevalve engine and smaller wheels to allow for low-pressure ‘balloon’ tyres. 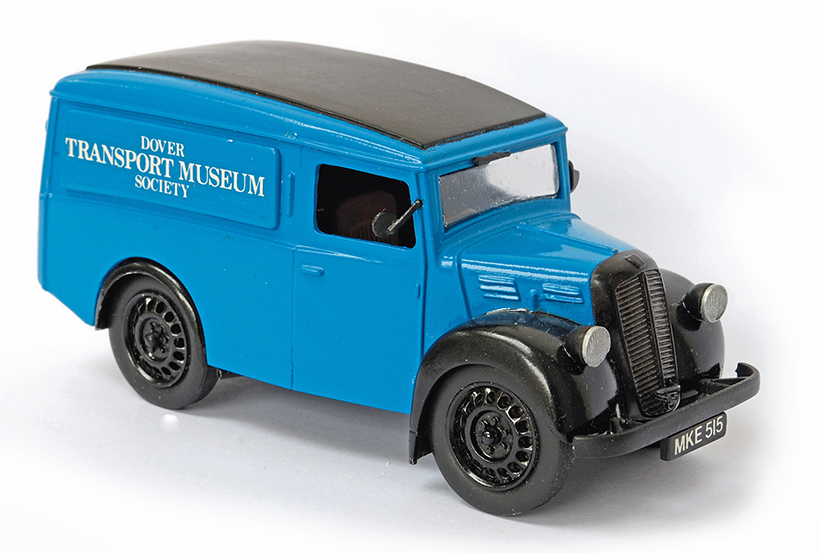 The GPO was a big fleet buyer. Some of the first Series Y mail vans in 1940 had the GPO’s own design of taller, more angular 100cu.ft. coachbuilt body, that resembled older Morris post vans, built by Simpson & Slater. Later deliveries had the standard Morris body. A fire extinguisher was fitted to the nearside front wing. 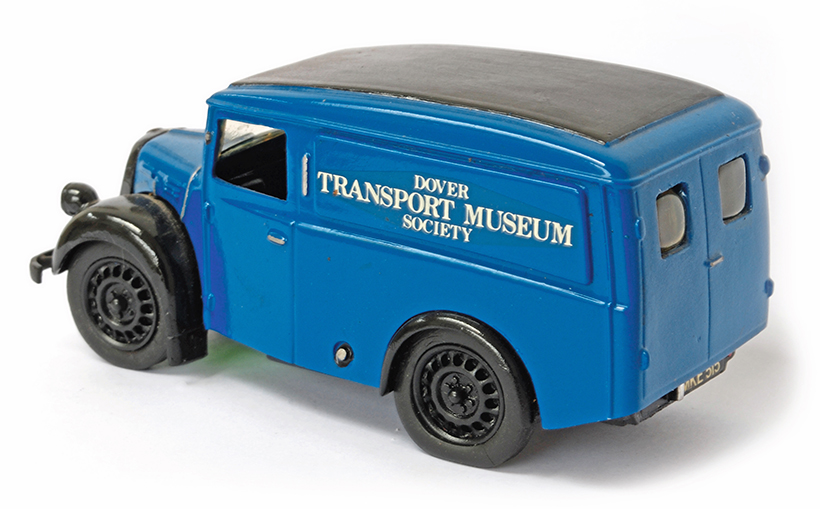 There was also a batch of 165 Radio Investigation vans with OG Lywood bodywork of a squarer design, with side windows, produced in 1947, registered JLE 626 – 790. These were fitted-out as mobile offices with desks and contained equipment to detect unauthorised radio transmissions and interference. A removable panel on the doors read ‘Post Office Radio Service’, allowing them to operate incognito if required. At least one was lettered ‘Television Detector Van’, with a roof-mounted equipment rack allegedly for that purpose (although it’s believed that it could only actually detect radio transmissions like the others). 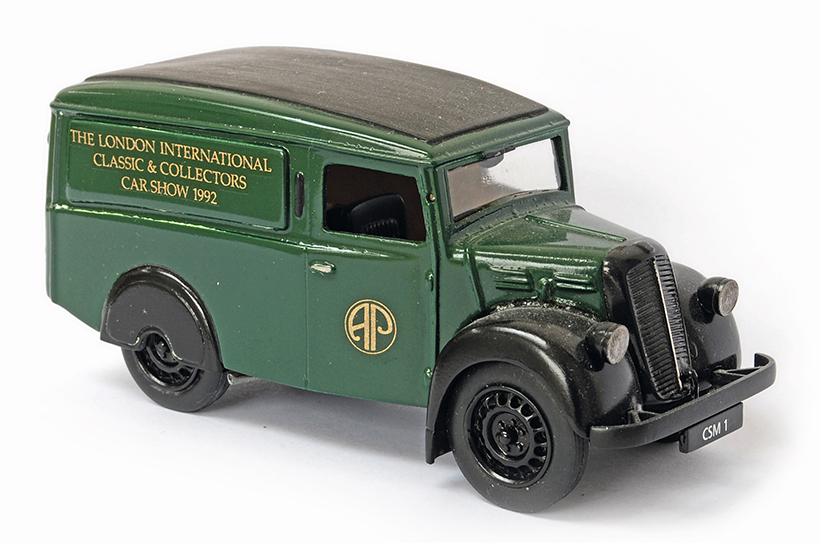 Children of the 1940s/’50s weren’t, sadly, offered any toy Morris Series Y vans. No mass-produced diecast versions exist. Unusually, however, not one but three different specialist British white metal model manufacturers have produced models of the Series Y, in a few different guises.

First up we have K&R Replicas’ 1/43 scale van, produced both with and without rear wheel spats in several liveries, as well as in kit form. The Kent-based firm was set up by Keith Roff in 1977 and, following his retirement, is now run by his son Stephen Roff. See http://www.kandrreplicas.co.uk/. 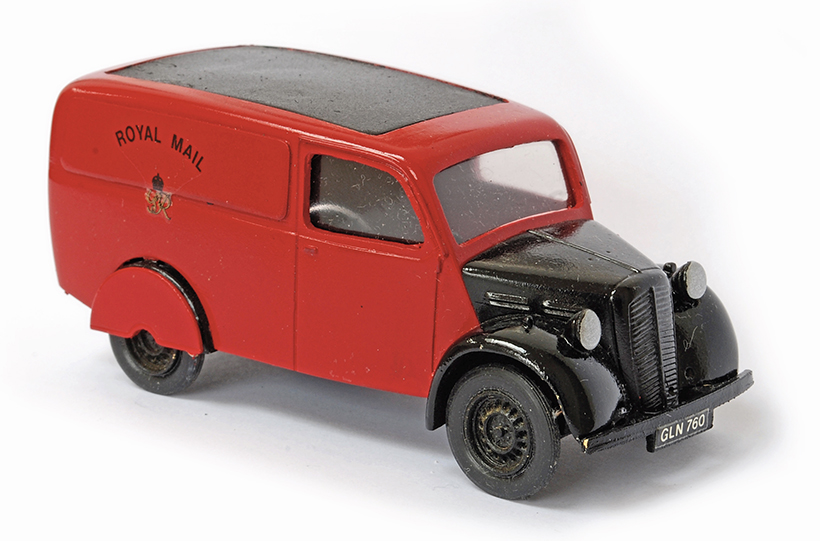 Its red and black Royal Mail van had a rear door locking bar and mesh to the rear windows, my version having rear wheel spats. The ‘civilian’ vans had clear-glazed rear windows and no locking bar. Liveries produced included Dover Transport Museum Society, in light blue with black wings or darker blue with black wings, without rear wheel spats, black Caffyns Ltd. without spats and cream and dark brown Bentley Wildfowl & Motor Museum. Promotional versions were issued in dark green with black wings and wheel spats for the 1992 London Classic Car Show, and in white with red wings and spats for Practical Classics magazine. 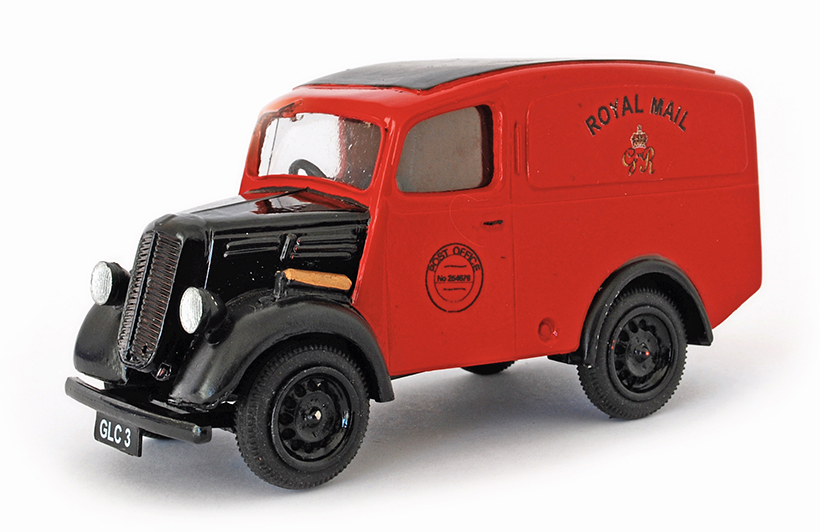 The K&R model had a roof gutter all around the van, unlike the real standard-bodied van, and an upright front windscreen so is it, in fact, based on a coachbuilt van that I’m not familiar with? A nice touch was the cranking handle projecting from the radiator grille. Separate mirrors were provided for the purchaser to fit into holes in the A-post.

Promod Ltd was set up by Graham Ward in 1982 as a shop in Longton, in the Potteries, later going on to produce 1/43-scale white metal models of commercial vehicles. One of Promod’s ranges is the Bypost Cresta series of GPO vehicles. This included three different versions of the Series Y, also to 1/43 scale, although they are fractionally smaller than the K&R model, so either the K&R is slightly over-scale or the Promod is slightly under-scale, or a bit of both. The difference is minimal, however. 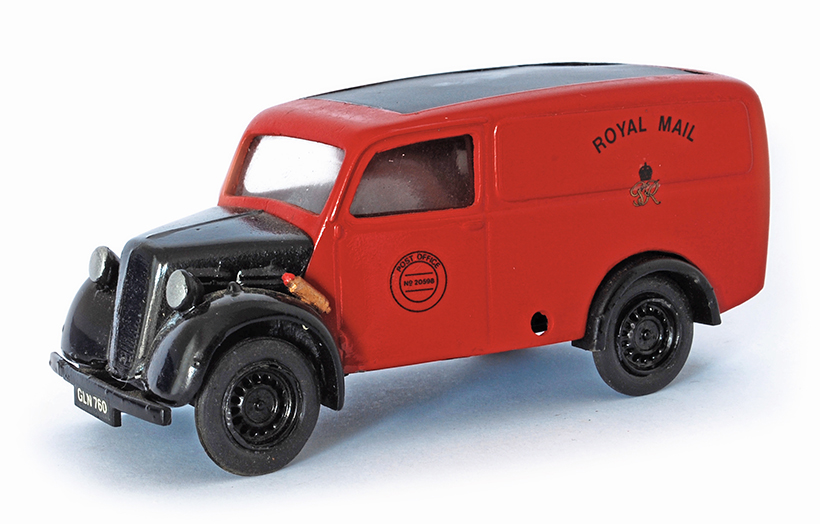 There was a red Royal Mail van, which came without rear wheel spats or with red-painted spats (which don’t look right on black rear wings, which should also be red). The same van appeared in mid-bronze green Post Office Telephones livery with black wings, no spats (at least on mine) and with a roof-mounted ladder. Both of these represented the standard-bodied van. Promod also produced a model of the Lywood-bodied Radio Investigation van, with the roof mounted ‘Television Detection’ equipment and lettering on the side. The model carries registration number JLE 626, rather than JLE 692 of the known TV detection branded van, but it’s possible that others in the series were also on TV duty. 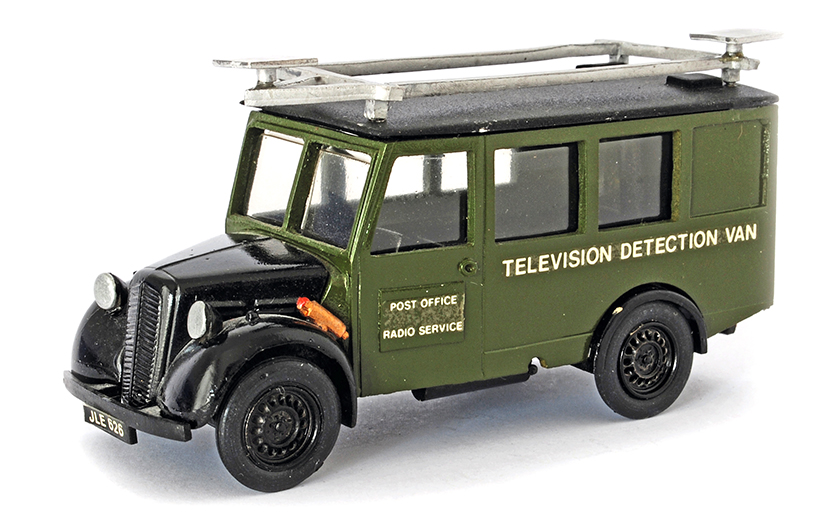 The Promod models were all limited edition runs, so are no longer available, but occasionally pop up on internet auction sites. For Promod’s current models, see https://promod-diecast.com/.

Finally, we come to Roxley Models, set up by Frank Rice-Oxley and his son Simon, in 1986. Having been a founder of the Post Office Vehicle Club in 1962, he specialised in white metal models of Post Office vehicles to the slightly smaller 1/48 scale. These naturally included several Morris vans, including a Series Y Royal Mail van.  Again, these are no longer available. Roxley Models’ shop is in Bookham, near Leatherhead, in Surrey. See https://www.roxleymodels.co.uk/. 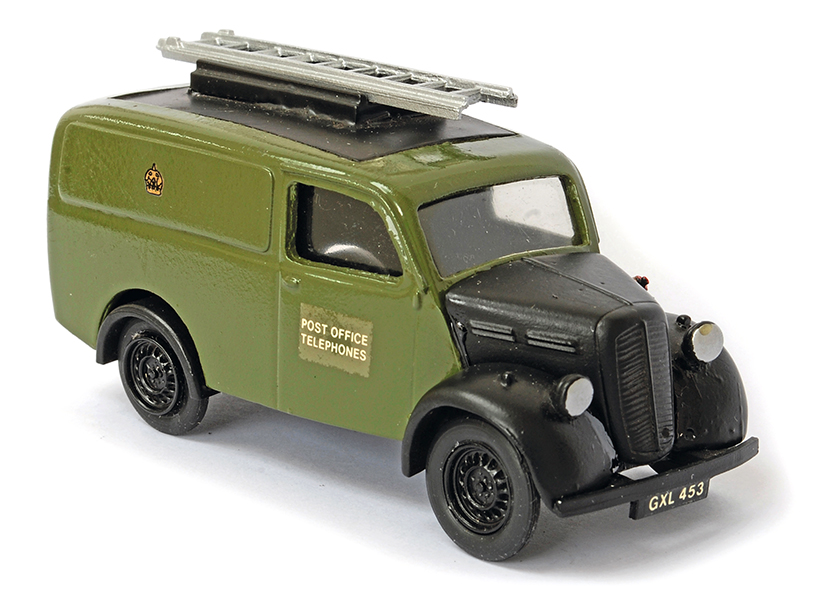 So, which model is the best replica of a Morris Series Y? Well, there are pros and cons for each. The K&R model has the non-standard roof gutters already mentioned, but is otherwise nicely detailed. The wheels and tyres are rather narrow on the Promod model, there’s no rear door locking bar and the GR crest sits too low, but the version without spats captures the body shape well. The Roxley van looks perhaps a bit too tall, and again has no locking bar, but the lettering and crest are better aligned. They are all quite charming models, but I think my favourite is the Promod Television Detector van, given that it’s the most unusual.

The two versions of the Promod Royal Mail van, with and without spats. 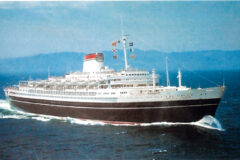 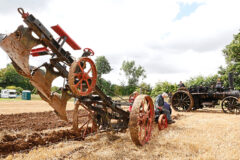