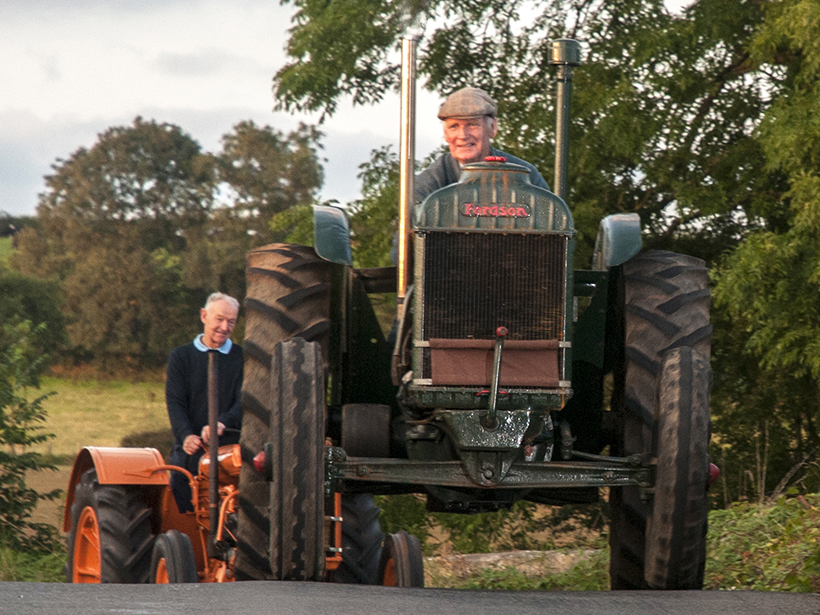 Fordson Standard N tractor enthusiasts: George Fulton trailered his tractor to the start of the run in style, behind his pre-war Austin 20!

Geoffrey Mark explained to me how we came to be standing by a bridge over the Cloughwater River, in Co. Antrim, Northern Ireland, on a beautiful Monday evening back in August.

“I’d been thinking about a wee road run for the local Fordson Standards,” he told me. “The idea had been in my head for a couple of years, but I’d never done anything about it until Bertie Johnston asked me to call over to see if I could help him and his grandson Ewan with their 1940s N. It wasn’t running too well. 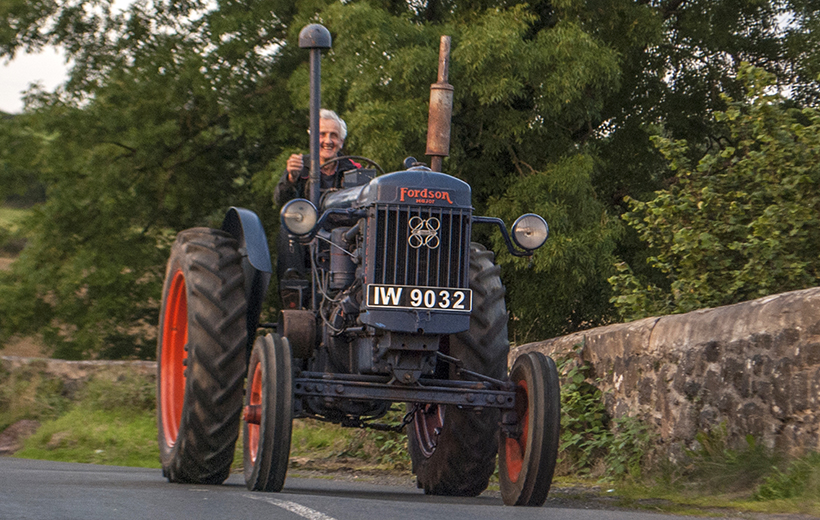 John McKibbin’s E27N suffered with fuel starvation part-way around the route, but there was plenty of help on hand and it was off again in minutes to finish the run.

“As it turned out, the mag timing needed some adjustment and, once we’d sorted that out, the conversation came around to the subject of a tractor run. Bertie has a good-sized yard, so it made sense to meet up at his place, then take in a wee run around the square, about five or six miles; plenty long enough given that the tractors would all be well over 70 years old!”

Geoffrey invited the Fordson Standard owners in the area and, on the night, nine tractors assembled in Bertie’s yard. George Fulton made a stylish entrance with his N on a trailer, towed behind his pre-war Austin 20, while a Ford Model T and a Morris Cowley arrived to see them off, adding to the occasion. 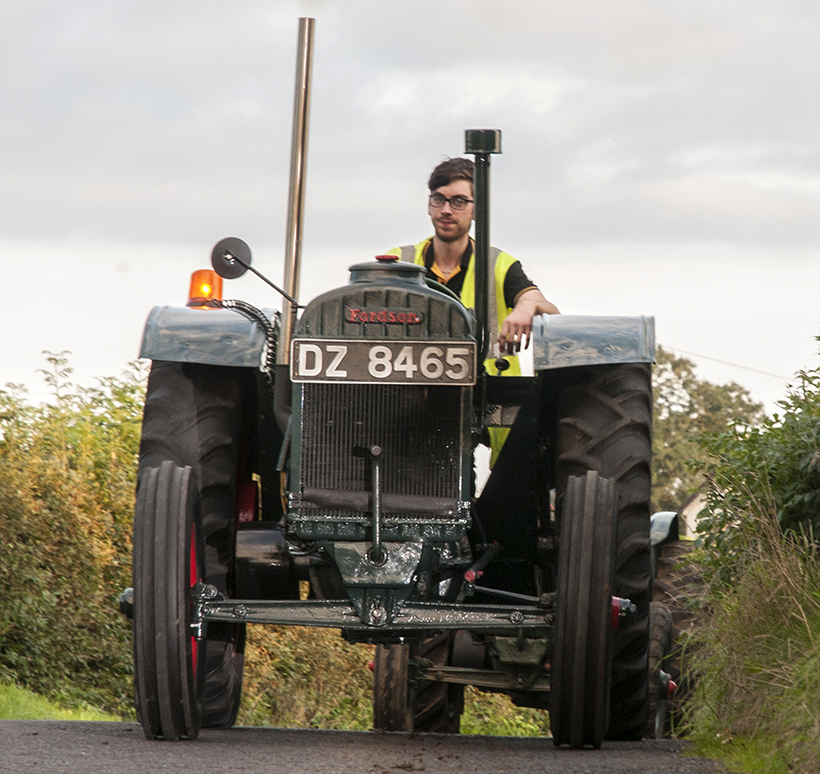 Ewan Johnston led the procession along the six-mile route around picturesque Co. Antrim.

Ewan led the small procession down the lane and around the narrow roads. The pace was set to match the tractor with the standard, field-speed gearbox, which caused a problem for Geoffrey’s machine. “My Fordson doesn’t like to run a part throttle,” he told me, “so it soon began to oil the plugs. Eventually, it stopped but, after it had cooled down, I tried it on petrol and it fired up again.”

The only interloper among the Standard Ns was John McKibbin’s E27N ‘Upright Major’. However, halfway along the route, this tractor ground to a halt due to fuel starvation. But it didn’t take long for the blockage to be located and dealt with, after which he was on his way once more. Geoffrey summed up these minor inconveniences: “If it all went to plan, sure we’d have nothing to talk about when we’re old men!” 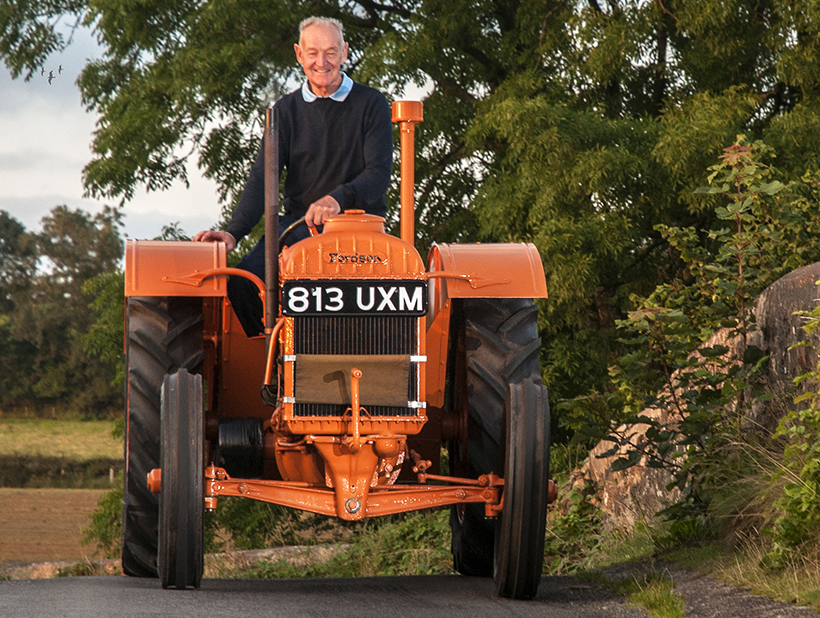 Eugene Kearney evidently blissfully happy to be out on his Standard N on a summer evening; and why wouldn’t you be?

Back at the yard, Mrs Johnston was waiting with mugs of tea and some home-baked shortbread; a real treat with which to end a perfect summer evening’s craic. 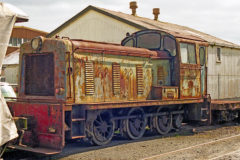 A pair of 0-6-0DM Bagnball locomotives 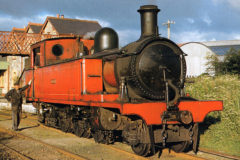