With so many Covid-related cancelations, the 2021 Sprat & Winkle Run for classic commercials was really significant, as Peter Simpson reports. 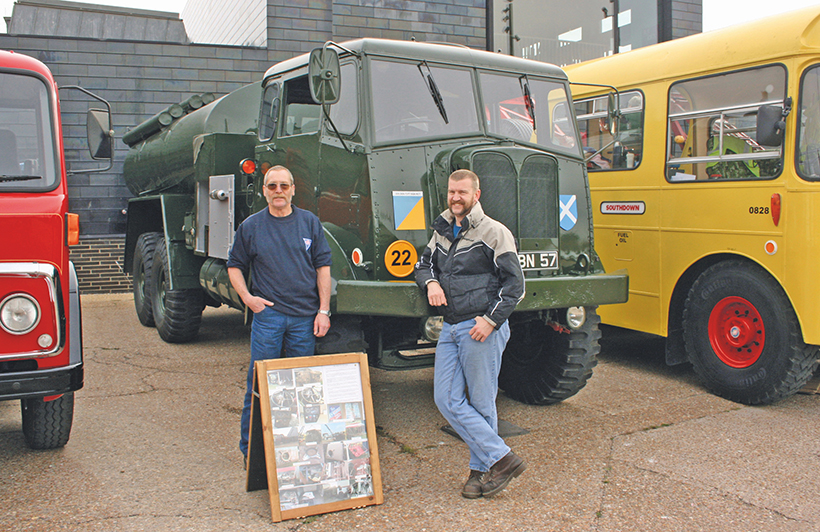 Almost five years ago, in our January 2017 issue, we featured Rob Smith’s AEC Militant timber crane which had just been finished. We also included a few photos of what, at the time, was his next project. That was the Militant tanker seen here, finished. A truly fabulous restoration which we’ll be running a full feature on shortly.

The mid-October HCVS, Sevenoaks to Hastings Sprat & Winkle Run is unique. Though not quite as prestigious as the much longer-established Brighton Run which, in normal years, happens in May, the Hastings event is establishing a strong following in its own right and, were it not for restricted space at the finish, would undoubtedly be even busier than it is. 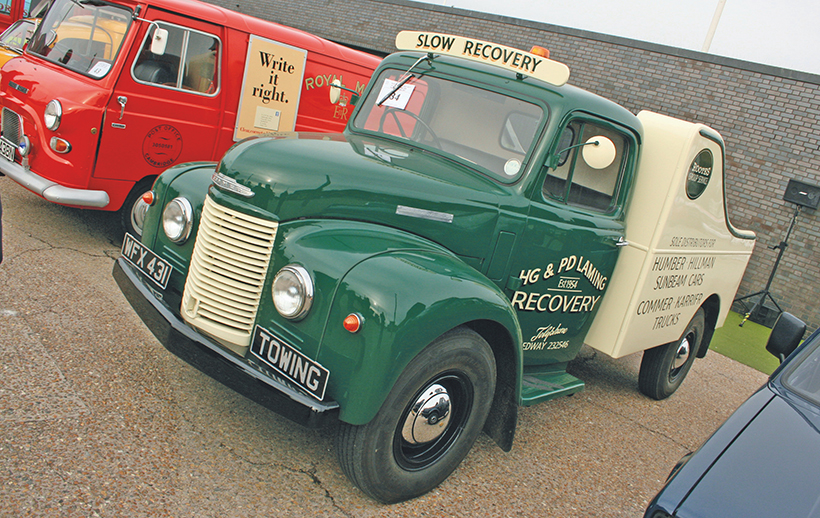 Newly-restored, and the fully-deserved ‘overall winner’ of the event was Keith Laming’s 1954 Commer breakdown lorry, complete with period, chariot-style rear bodywork. The choice of a Kent-based livery is also highly appropriate given that the Rootes Brothers started out as car distributors and dealers in Maidstone.

The run is popular from a local perspective as it’s usually one of the many special events which take place during Hastings Week – the week in mid-October around the October 14th when, in 1066, the famous battle took place a few miles inland. As far as participants are concerned, the run provides a pleasant and varied drive to the coast, and a finish that’s slap-bang in the heart of the historic Old Town, with food outlets to suit all tastes and a mass of entertainment options. The event organisers have no need to provide anything for participants to do – anything and everything they could possibly want is there already! 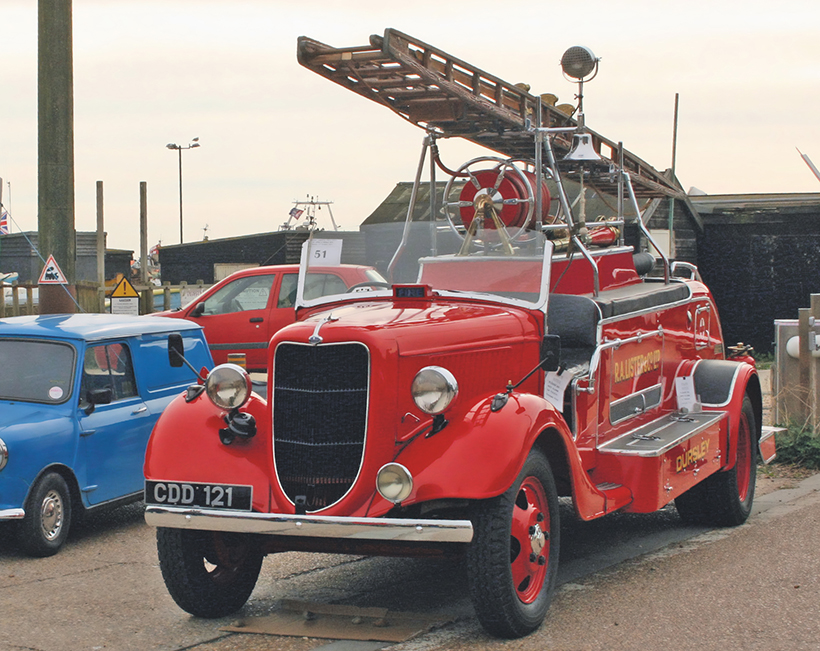 Gary Pritchard’s 1937 Fordson Fire Appliance has been wowing crowds at events since the restoration was completed in 2017. New to RA Lister of Dursley, Gloucestershire, as the factory fire appliance, it subsequently spent many years on display at Birnbeck Pier, Weston Super Mare, before being bought by the present owner in 2012, and given a full restoration.

The run is organised by a small team from the HCVS London & South Eastern area, headed by club secretary Diane Taylor, all of whom deserve thanks and credit for the efficient way in which the event is managed. The 2021 event saw a number of new vehicles,  including some restorations that had been completed during lockdown, alongside old favourites. Here are a few that caught our eye… 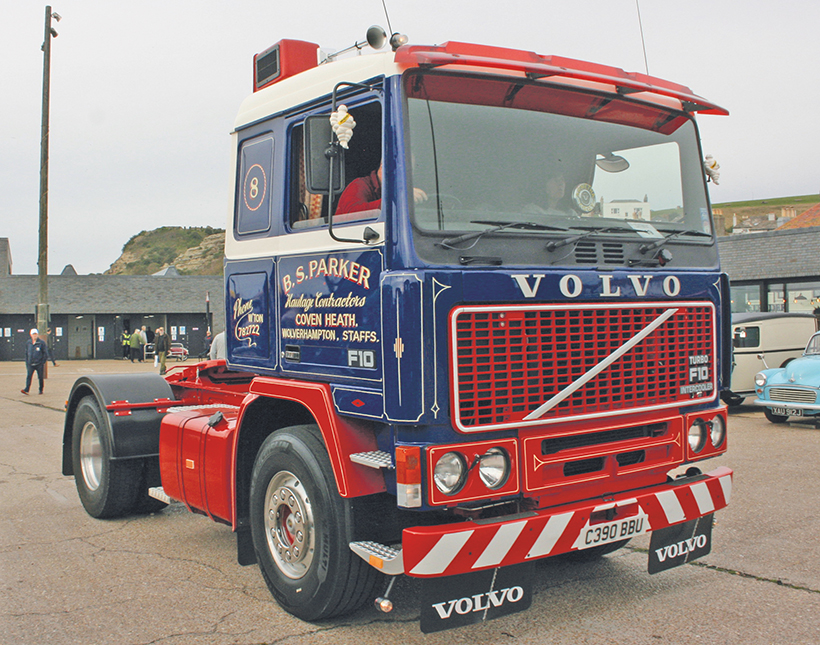 Another previous feature vehicle, this time from earlier this year, was Wayne Blake’s fabulous 1985 Volvo F10. Which, as we saw back in May, has had a fairly extensive mechanical overhaul and other work since being bought by Wayne in 2018. 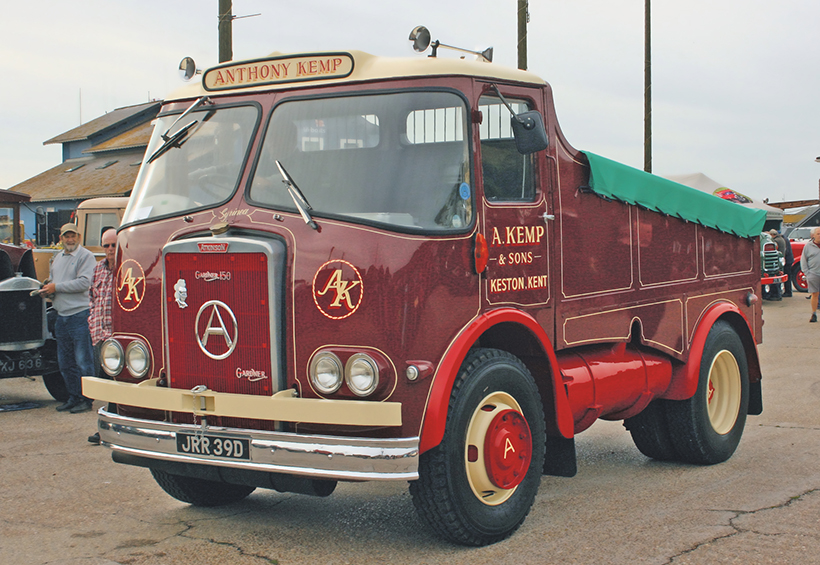 1966 Atkinson Silver Knight Showman’s Tractor unit. A fairly familiar sight on the classic fairground scene, this appears to have had a change of ownership relatively recently, and now carries signwriting for Anthony Kemp of Keston, near Bromley, in Kent. 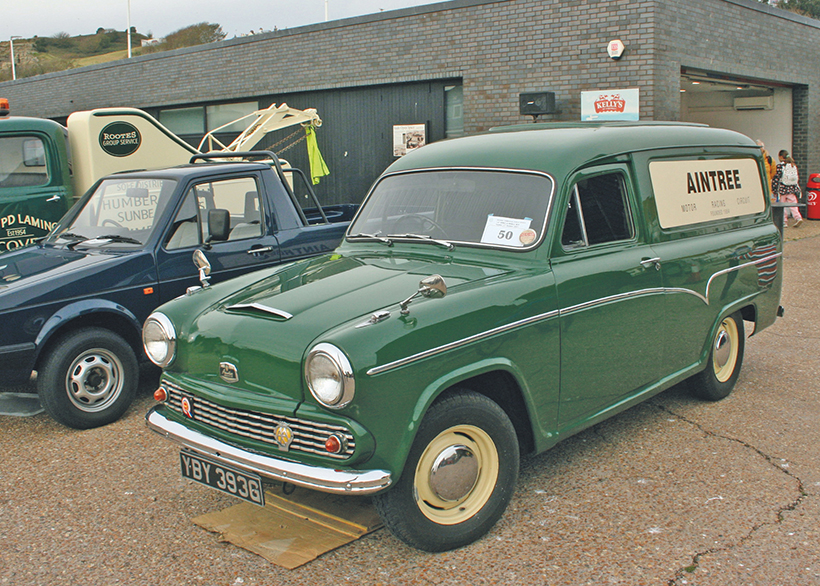 This 1968 Austin ½-ton (A60) van is something of a Hastings regular; a fine-looking example of a now-rare and desirable light commercial with a useful extra bit of space inside. 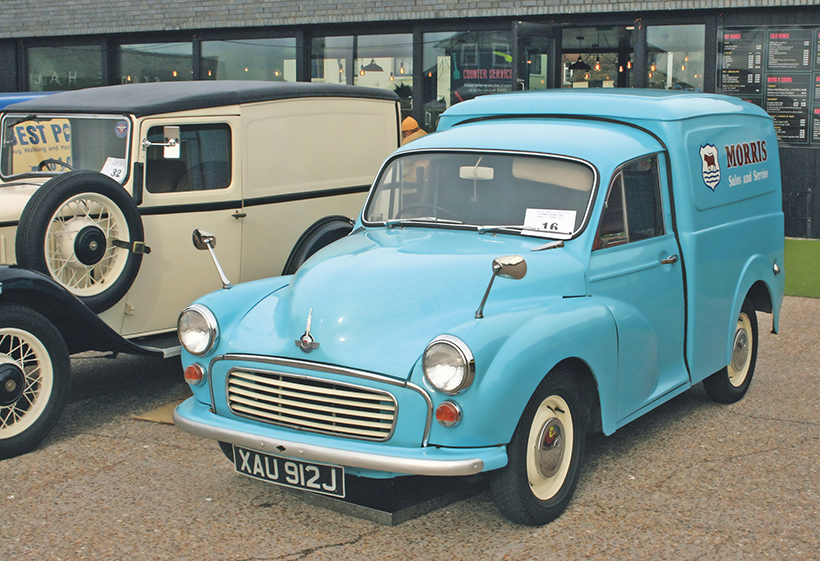 This Morris Minor is presented as a Morris dealership sales and service van. This is prototypically correct for a 1970 van as, although Austin and Morris merged to form BMC in 1952, the (large) dealer networks remained separate with Austin and Morris dealerships within BMC each selling only its own brand. That’s why, when the A35 van was discontinued in 1968, BMC started offering Minor vans with Austin branding, so the Austin dealer network could offer a RWD 6-8cwt van. 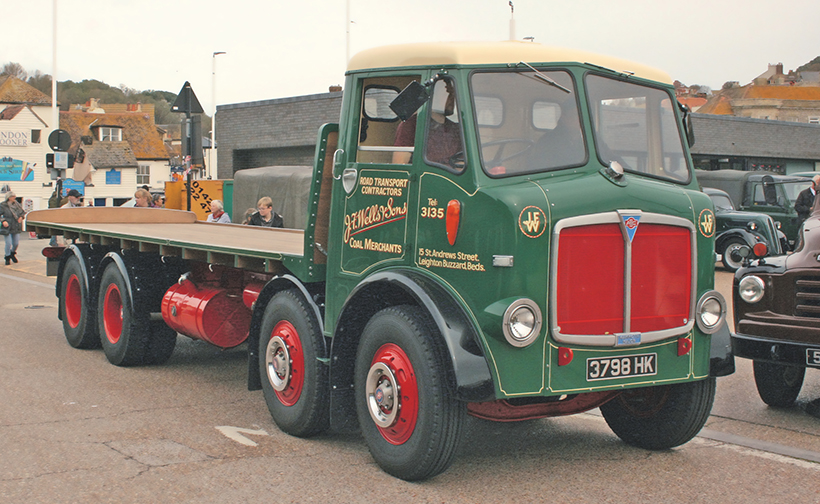 As we’ve seen before in CVC, Buckinghamshire-based Robert Wells has a significant collection of classic British lorries, and a particular liking for traditional eight-wheelers. One such is 379 8HK, his 1957 AEC Mammoth Major. New to Hudson Tankers of Dagenham, it became a flat when bought by Rosser, Albert & Donald to carry steel. It remained in revenue-earning service for 30 years, until 1987. 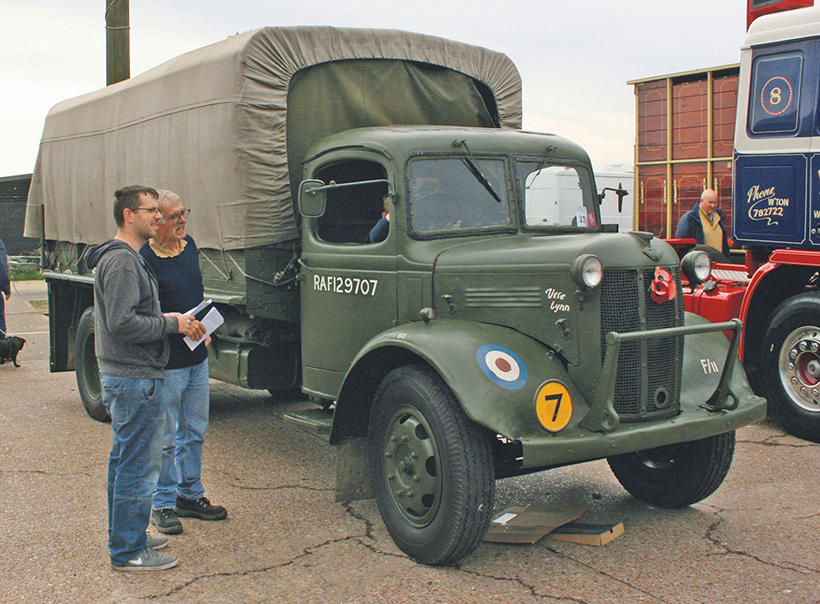 Paul Chapman’s Austin K3 is something of a regular at HCVS South Eastern area events. It’s also a much-travelled lorry, having been used extensively for long trips at home and (especially) abroad, while in preservation. 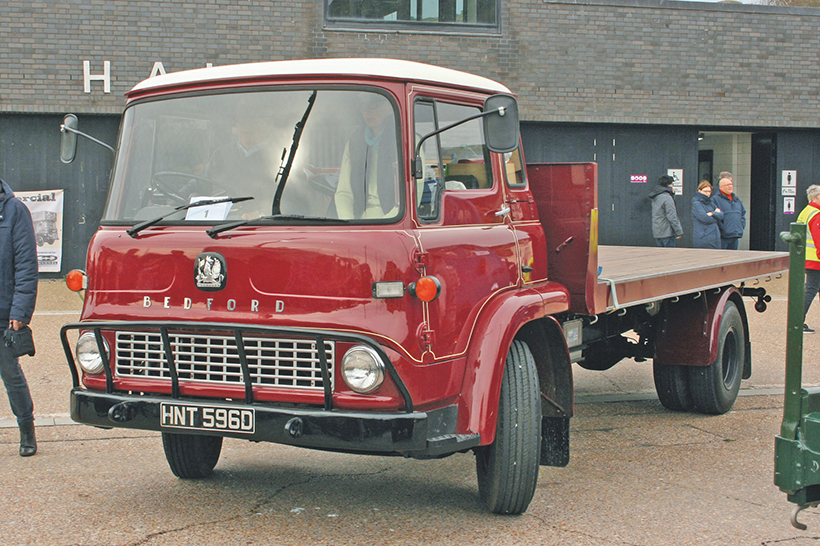 A 1966 Bedford TK flat drawing on to the finish site; unfortunately we missed the owner of this one. It was owned by Shropshire-based Nev Peate in 2020, but we think it may have changed hands since. 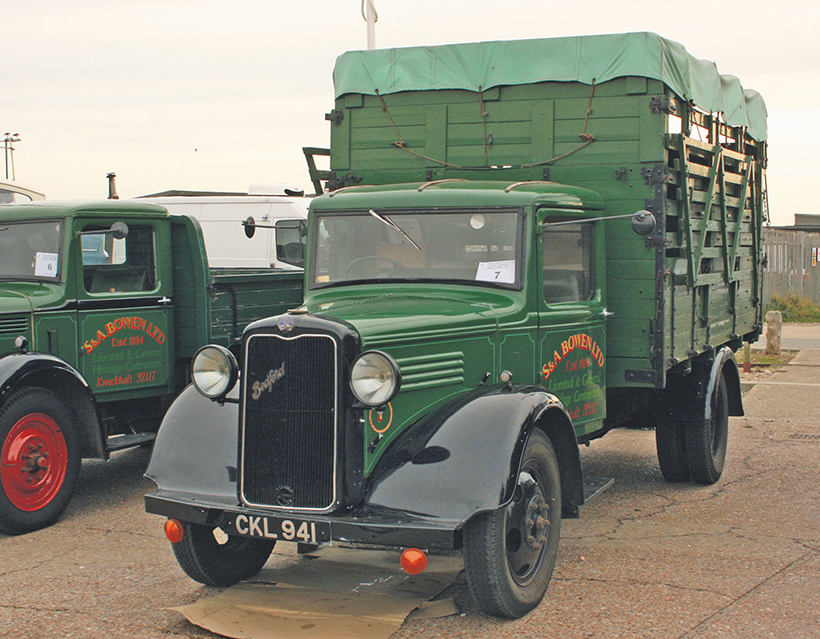 Paul Bowen’s 1936 Bedford WLG was new to a Sevenoaks builder. In 1940 it acquired a cattle body and, subsequently, moved to the Isle of Wight where it had four different owners. Bought by the present owner at a Swindon farm sale in 1988, it’s now back in Sevenoaks and lives within five miles of the original owner’s base. 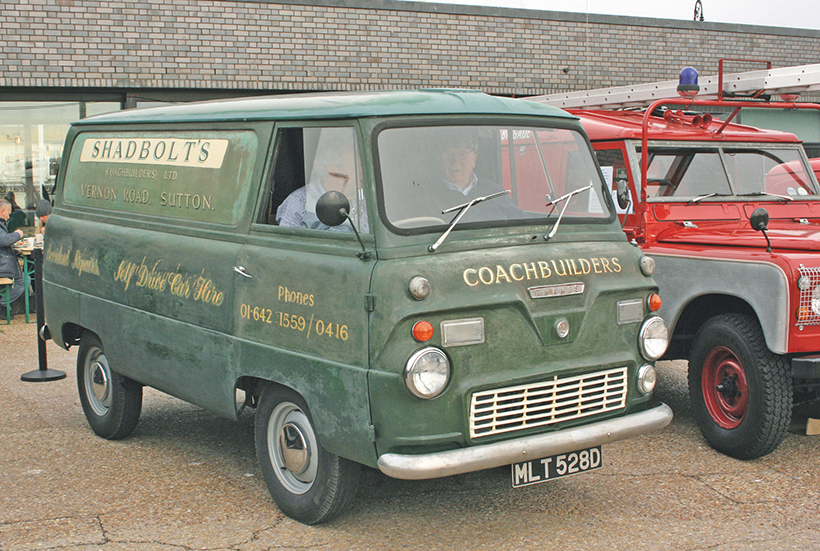 A vehicle is only ever original once, and we absolutely loved this 1964 Thames 15cwt van because of its completely unrestored condition. Used by its original owner on trade plates for the first two years of its life – hence the 1966/D registration – it remained with Gardeners until 1990, when it passed to present owner Shadbolts who added their branding over the original H&B Gardener gold leaf script. Though non-standard, the vents in the front (and rear) were a common fitment and intended to reduce cab temperature levels caused by the engine being between the front seats. 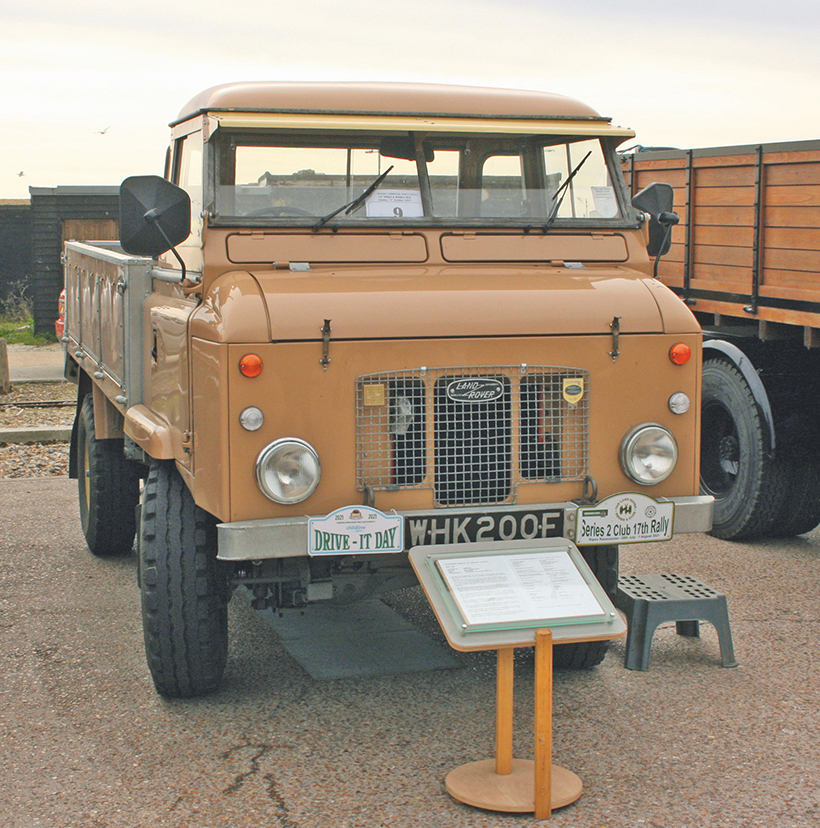 This 1967 Land-Rover 2B 110in Forward Control was bought by the present owner in 1989, in poor condition, having been used in forestry work. It was then laid up for a while outside, which hastened its deterioration to the extent that when work did start, a complete new chassis was needed. Other work included a full engine rebuild, extensive subframe repairs and renewal and a replacement standard Series IIA bulkhead being repaired and modified to fit. Though a good idea in theory, these Forward Control Land-Rovers were never a huge success with under 6,400 being made in a 10-year production run from 1962 to 1972. 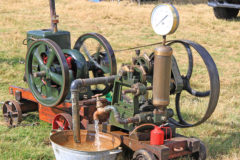 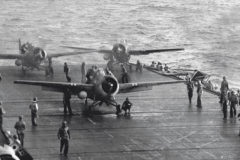 The battle of Leyte Gulf